I’m planing on a BIG event Saturday the 22 July 2017 (or if it is Raining could be reported to the 23 or later) in Montreal… It would be a 10KM course around the Canal Lachine, and a little BBQ at the end, the starting and ending point are at Basin number 4. 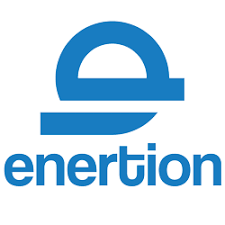 … AND THERE WILL BE SOME RAPTOR 2 TO TRY OUT

(look at these beauty…) And as Always the official Esk8 light …

DON’T FORGET EVERYONE IS WELCOME…

Ask Moja to make something fancy

Yeah I could try something… I will also give aways a few Esk8Squad MTL T-Shirt, I think I could be nice

What time will it start?

Too bad my build won’t be ready in time! Home turf, I used to work around Basin 1-2 and 3.

@Arch and I will be there! As @JohnnyMeduse mentioned, I’ll probably be trying out one of your boards since mine will most likely not be ready.

Oh sorry didn’t see you replied to the thread

You did forget @Blasto

Dude you should see if you can find a cheap rate at a hotel… think @Kaly is tied into the NYC esk8 guys…they are young and have boards and are adventurous…maybe they could road trip up?

Sounds cool! I’ll try my best to be there.

Great, i’ll try to be there, @JohnnyMeduse I believe there is construction going on in front of Park Gadbois at the moment so the course might have to be modified, I’ll double check tonight on my way back from work.

I’ll be there to Guys!