Creating this post because I wanted to give some insight into customer service with two of the larger/growing companies in esk8 at the moment. I have no affiliation with these companies this is just an account of my customer experience with both of these companies that I thought was worth sharing.

My experience with Enertion at the moment probably is the most frustrating I’ve had with any company in recent history. I understand that growing companies often struggle to scale, I work at one, but I truly believe that good customer service is the backbone of any growing company. It all started with their clearance sale that was going a few weeks ago. The timeline of events are as follows:

After this failed conversation with the sales rep I send an email to their support email explaining what happened and my concerns. (to make matters worse an 8% discount email coupon from enertion was sent within this timeframe).

So to summarize, I was declined payment alteration or cancellation and unknowingly purchased defective product and every attempt I made to achieve some level of customer service was met with more frustration and inconsistency. I truly hope they improve and stop giving customers the runaround when they have concerns.

My experience with has been exactly the opposite. Since making my first two builds I bought several more torqueboard parts and have had no issues with any step of the process (which has included removing/adding items to orders). I damaged a motor pulley while having trouble during my first assembly and they sent me a new one free. Their sales team has always been helpful and receptive to feedback. Recently I was in the market for a set of >100mm wheels and got into a chat with Dexter via the support window which turned into a long conversation talking about new esk8 innovations, their new product pipeline, and ways they could improve. Overall it was a great conversation and felt very receptive to my inputs; I’m happy to say I will look forward to their future products especially those 110mm wheels!

But that isn’t to say I haven’t had issues either. Some may know that the Torqueboards motor mounts (with set screws only) can be difficult secure properly. This was the case for my brothers board. While I haven’t had any issues after many miles myself, he’s been unable retain a secure mount after trying many times. So he contacted the support team and they immediately helped him get the new clamps they are planning to release soon. I thought that was very considerate- knowing that some people will struggle more than others with the mechanical components of the build.

Just two very different experiences that I thought I would share. How have your experiences with different esk8 companies been good or bad?
5 Likes
abenny July 11, 2018, 9:01pm #2

like you ive had nothing but good experiences with torqueboards; and will continue to buy from them (despite the heavy international shipping fee which seems unavoidable from anywhere being canadian).

ive only ordered from enertion once, this was 2+ years ago when they were much smaller, and i had no major issues other than slow shipping times (which has been a plague on this hobby since it’s inception; but it is slowly getting better).

Glad to see you guys are having good experiences with TB, maybe they sorted out their problems recently.

Personally, I’ve never had a smooth transaction with them.

Dexter @torqueboards is an OG. I chatted with him for over a week deciding on parts. Jason and Enertion has a reputation for being one of the worst to deal with. I recommend opening a dispute if you used a credit card, Enertion is no fun to deal with. Jason is no longer on the forum he created because all he did was make people dislike him and his company.

I’ll agree with you as far as Dexter and @torqueboards are concerned. I have had only positive experiences. Most of my first build where comprised of parts from their web store. I can’t speak for Enertion because I’ve never had the pleasure of buying from them directly. I have 2 foc boxes that I picked up from @longhairedboy which I received in record time. They both were great until I shorted one out lol. I also have the Raptor 1 dual I bought from @boarderboost and it’s everything I hoped it would be!

Recently I was in the market for a set of >100mm wheels and got into a chat with Dexter via the support window which turned into a long conversation talking about new esk8 innovations, their new product pipeline, and ways they could improve. Overall it was a great conversation and felt very receptive to my inputs; I’m happy to say I will look forward to their future products especially those 110mm wheels!

Me too, I’m willing to bet on TB again. I’ve chatted with @torqueboards before and his response was super fast on little things I ordered before. Lately, he’s been very talkative about their new TB 110mm wheels which I believe will be great for the hobby and because @torqueboards been receptive about our feedback on how to produce a good wheel in their first try, taking in consideration all our complaints and negative views of most esk8 wheel out there on the market today.

My feeling about TB is very positive. I see the manufacturer is genuinely interested in pleasing his costumers and tries to deliver a future product that everyone likes.

The reality is that enertion can’t afford to waste money or they will struggle to grow. So when they spend money on something, defective or not, they need to push it out the door so they can buy the next thing and not lose money. That might mean discounting it, but they can’t afford waste. My experience with hummie was the exact opposite. A lot of waste and not wanting to deliver something that’s not perfect and tested to be perfect. Both of these are on the extreme different sides. With all of the waste with hummie, it was hard to make any money and thus, hard to grow since you need more than you spent to order more in the next batch than you did in the last (i.e. grow). With enertion though, Jason doesn’t want to waste anything. So if it can be sold, it will be sold, perfect or not. His goal in the end is perfection, which I’m sure he’ll get to at some point. But it leaves customers, my self included, salty along the way when we find out after purchasing that the reason there was a discount is because design flaws that weren’t communicated properly (origin motor mounts for example).

That’s nice to hear about your experience with these companies. so far I’m having an okay time with diyelectricskateboard. Just waiting for a motor to come back from being fixed. You have to have incredible patience with these small companies I realized. But other then that, the responses are fast. Recommend them overall and would probably buy more of their new stuff in the future.

Im sorry you’re having to go though all that. You would think a simple issue like that would be easy to rectify

. For me it’s the opposite. Bought some stuff off DIY it broke before first use - dude Said it was my fault and wouldnt replace but I could send it back for repair at my cost I dont see how it’s my fault if i didn’t even get to use it and actually destroy it. Enertion on the other hand replaced my vesc-x (now focbox) and made the whole experience really easy for me and I really appreciated that.

Well my 2 cents for what its worth starts out badly with enertion.
I went to order 2 focboxes from enertion direct and got as far as shipping when I was informed that the cost would be $60 Wow, $60 bucks from a company that not only is based in the same country as me but the same state in fact I can drive to their headquarters in 40 minutes.
I was informed by the sales staff that the vescs are sent directly from china and that’s how much it costs. I know it doesn’t cost $60 to send a small package from china so bit of a rip off. So much for buying local lol I bought them anyway and sat down with a few beers, had a whinge on the forum and got smashed for vendor bashing. I made a mistake on my set up after a month or so of using them and blew my bms, while troubleshooting managed to fry both canbus chips on the focboxes. Enter Eric the chat window man explained the situation with a view to some guidance and help and got “you’ve fried your focboxes dude smiley face” I thought wtf but answered with if you are aware of the issue why don’t you warn people, i got “We don’t want diy business anymore” for a chat window guy to say that makes me think that Eric is Jason’s alter ego. Anyway cut a long story short I was contacted by Carl the CS manager and he came to the party and we went halves on two new boxes and ironically the shipping was free. So to summarise; If you’re not a people person and you want good customer service employ a great manager don’t do it yourself and it seems this is now the case so long as Eric pisses off. Torqueboards are bloody marvellous. Ordered and delivered quicker than the original focboxes and way cheaper shipping. Great products and great customer service.

For Enertion it would have been very simple to fix my concerns:

This was asking very little, but instead they escalated the problem and guaranteed that I will never be a return customer.

DIYELECTRIC clamps (heatshrink is to fill gaps when clamping): 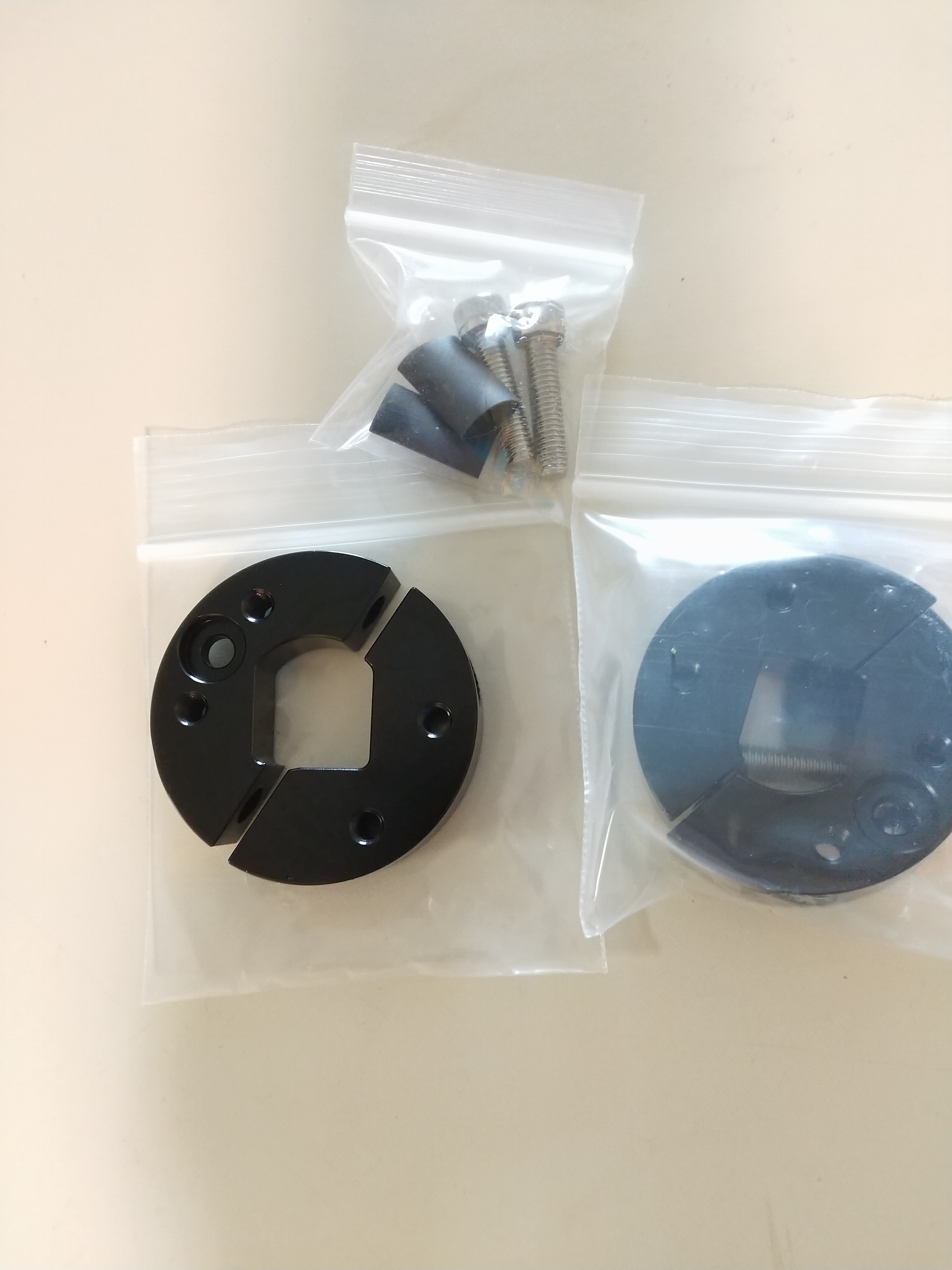 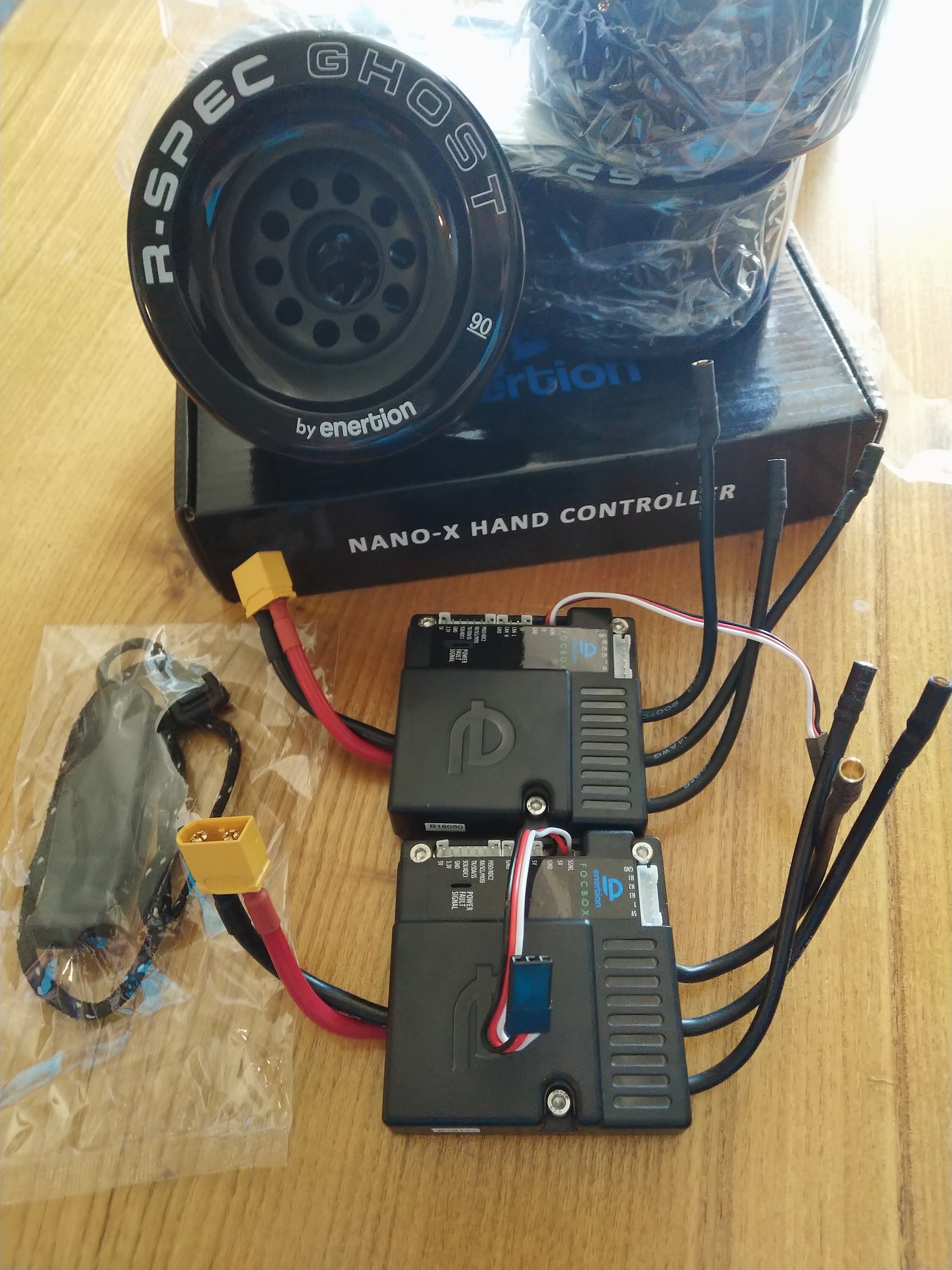 two connectors arrived mangled on one of the Focboxes 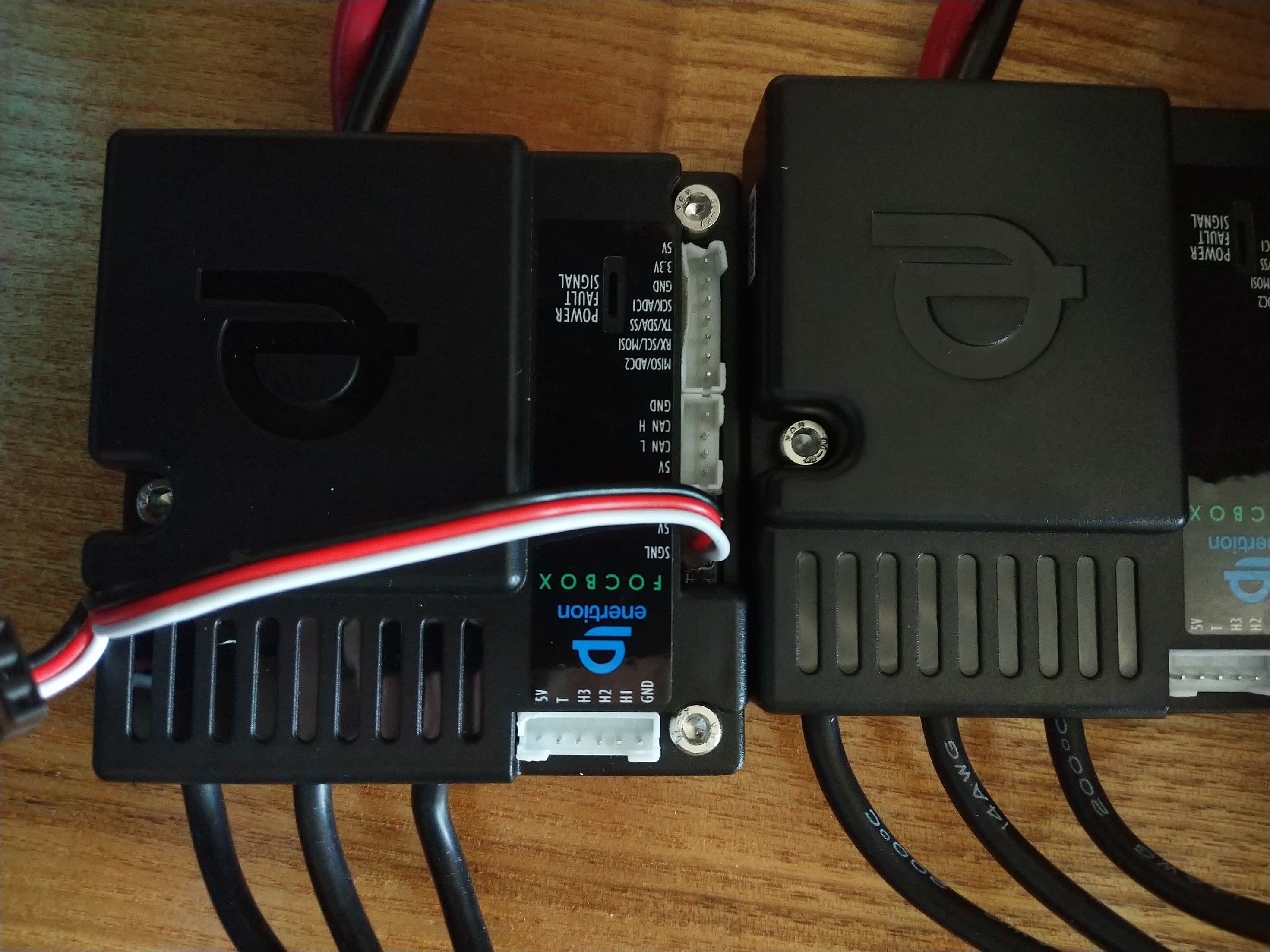 Totally agree with you about Enertion and Torqueboards. I haven’t had any issues with the Enertion products, just the INSANELY long shipping time. Torqueboards, on the other hand, has super fast shipping and their support team is awesome. I have been having an issue with getting a refund for an RMA I sent back, but I think I’m just being impatient lol.