2017_12_29_IMG_0029.JPG3264×2448 1.79 MB
But I don’t have a spot welder, so I am planning to just solder on the battery caps. Is that really bad? I have done a lot of soldering jobs and I guess you just need to minimize the contact time of the solder to prevent cell damage? If anyone built their own li-on packs before, please tell me how you did so and if there’s anything I would need to proceed. The BMS and cell brackets are coming this afternoon.
1 Like
Sebike December 29, 2017, 6:39pm #2

This would be the ideal occasion of using the search button. Plenty of discussions and info on these topics. Good luck!

I’d be worried about the longevity of electrical tape, and the heat resistance. The plan was to buy some large heat shrink and encase the entire battery in that. For some reason I just never got around to doing it. Since it’s enclosed in a plastic...

I can spot weld them for you for a small fee and shipping.

Other wise soldering cels should only be done with a powerful iron 70+Watts. And minimal length of soldering.

use anti corrosive rosin flux and really high heat (I did 855 F but you could do more, more heat only if you need to decrease contact time)

Would be interested to know what ESC you are going to use with 13S.

Doesn’t focbox only do 12S?

No. In fact, it is rated for up to 63v or 15s. But you should always leave some headroom for electronics, and not push it to their abselout maximum.

Make my spot welder and spot weld them yourself 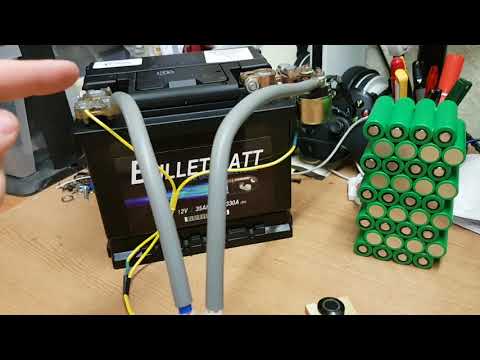 Thanks everyone for responding. To answer some poeple’s questions, VESC supports up to 60v which is a bit higher than 14s charged(58.8) and I said 48v as the nominal voltage, fully charged would be 54.6v. I just finished soldering them last night(PT). What I did was damping the taps with solder then sandwiching the tab and a short coil of soldering between the 18650 and soldering iron with the damped solder heating the tab and the sandwiched solder melting and sticking to the surface. I did a strength check every time I finished a join and they all seemed fine. Once I finished the parallel joints, the pack because warm for about 20 mins then cooled down. Here’s what the pack looks like, sorry I didn’t take a picture of the joint. Screen Shot 2017-12-30 at 10.24.09 AM.png770×646 662 KB
However, once I plugged the xt90 to the Vedder Spark Switch(I soldered myself), there was a light emitting out of the green portion of the female plug and it sparked(ironic right?) and smoked, but only the male connector was badly damaged for some reason. I am now scared to plug the XT90 in again. I haven’t tried to directly plug into the VESC but I have check to voltage to be 46.8v which is lower than a fully charged 12s lipo pack I tested earlier. 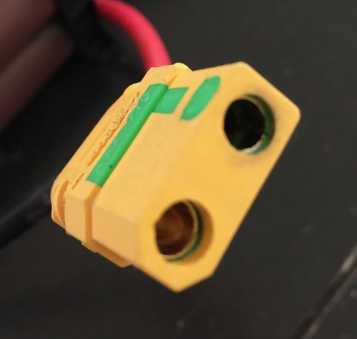 You may want to recheck every battery for a burnt connection/solder joint. One of those batteries may have a sign of puffiness. All wired connections must be spot on down to the xt90. I use shrink tube around the xt pos/neg posts. I prefer ec3 or ec5 depending on the amps/voltage. Good luck New Single Build for my Brother

some information in there as well as here

Hey guys, I am in the process of ordering everything that I need to build my first 10s2p and am looking for some last minute advice. I was planing to use copper braid for the parallel connections and then 8 awg wire for the serial connections: ...