Hey, Before I started this build I just wanted to introduce myself, My name is Adam and I have been building ESK8’s for almost a year now, to date I have built two boards and have been constantly updating and working on them. I used ESK8 Builders all the time when building these boards as reference but have never posted about them until now. I am now thinking of starting a new project that will be a lot more powerful and detailed than the other boards and wanted to post it so as I build it I can receive help from the community as well as Ideas to improve the design, These are the two other boards I have built; 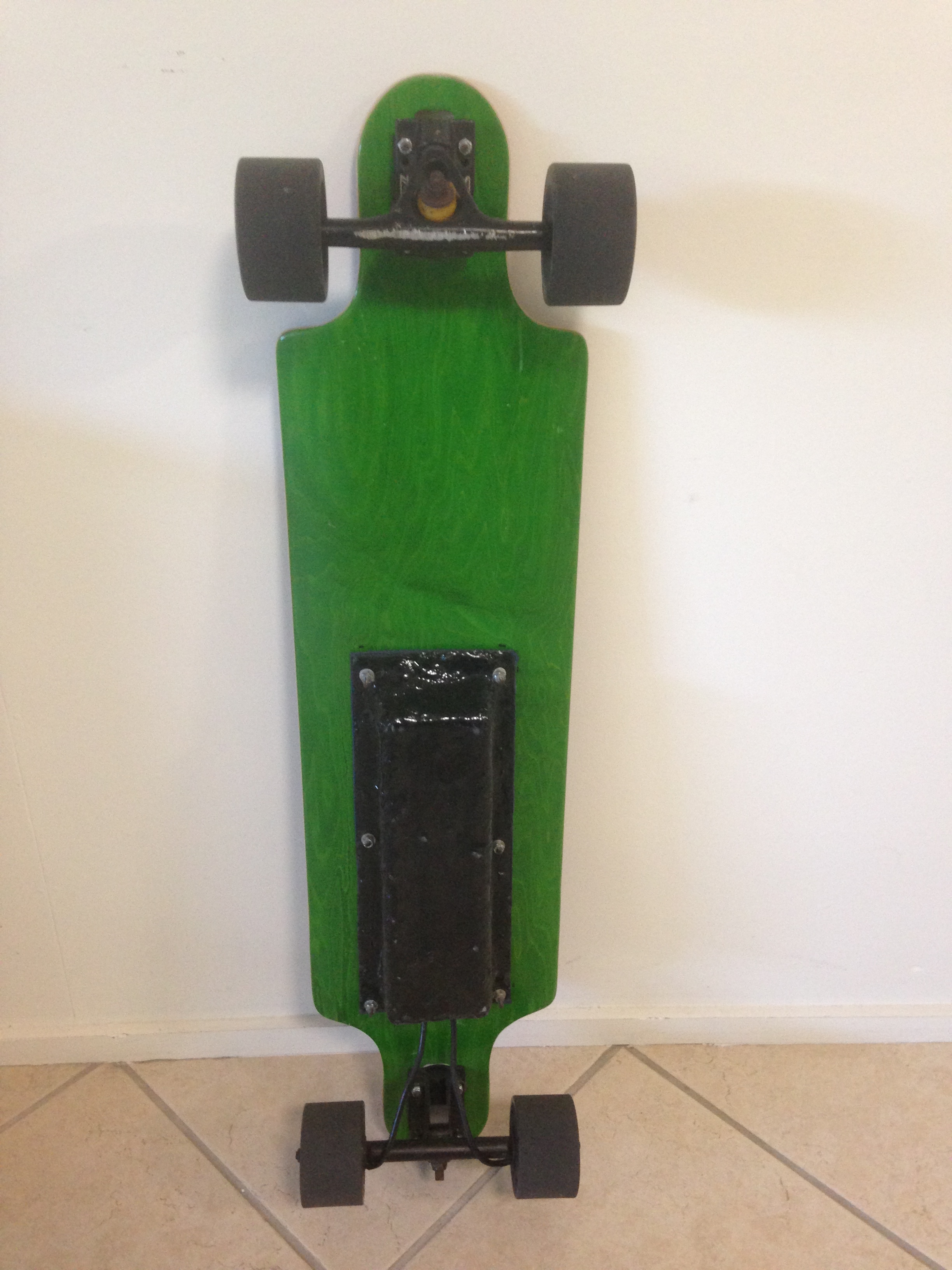 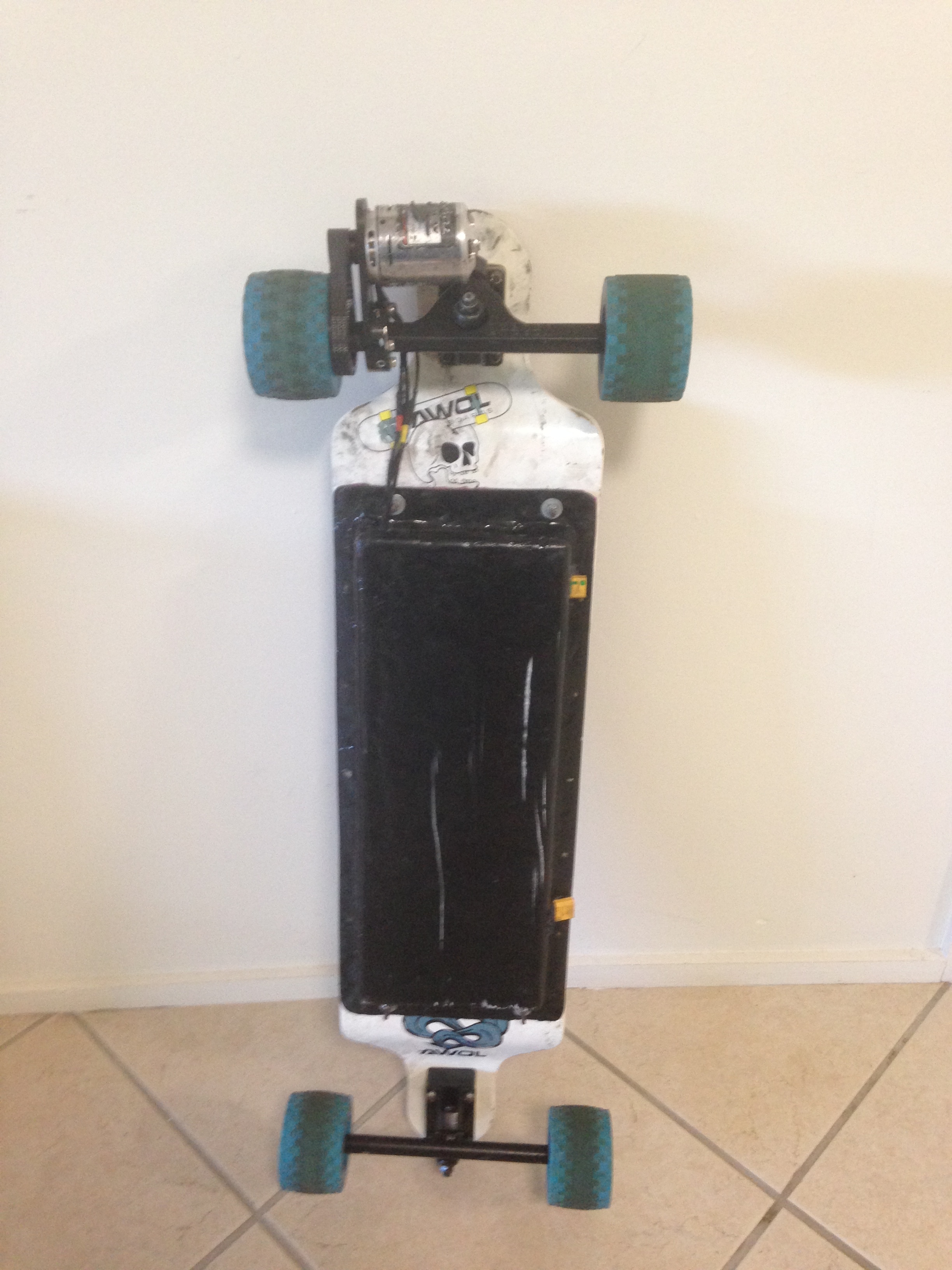 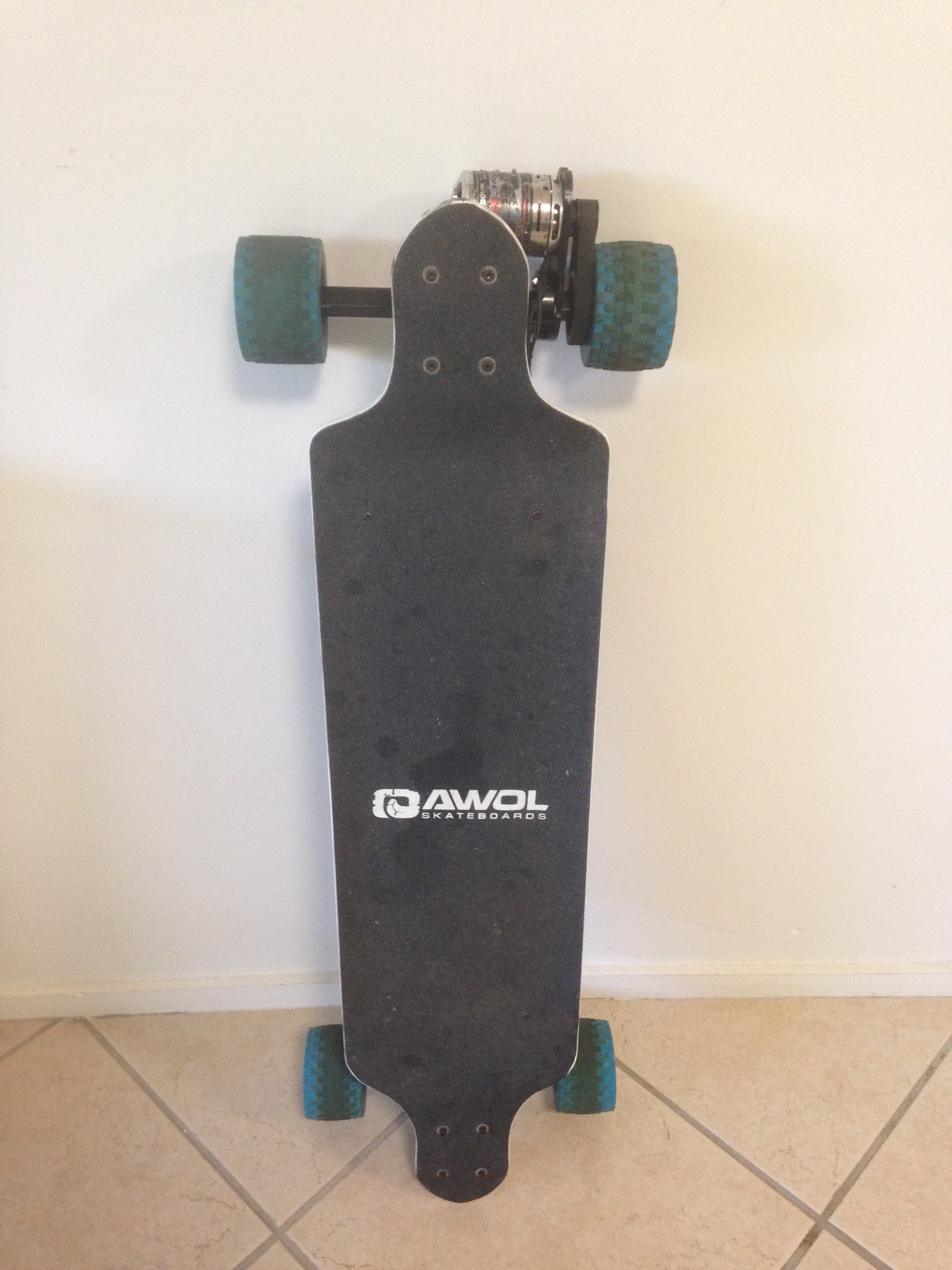 All Prices are in AUD The parts I am currently considering (also I live in Australia so some of the prices are pretty bad due to the lack of availability in my country):

My current plan for the board is to 3d print components that I design in Solidworks to create a wall around the enclosure and them stick it two the board and fiberglass over it to make it uniform with the board, thus making the enclosure a part of the board so I could make a lid that I would remote to access the electronics instead of removing the entire enclosure.

Any comments, recommendations, suggestions or ideas would be greatly appreciated

These are a bargain but are pretty cheap and are handed so dual drive is only possible if you go diagonal. Whatever batteries you use have a decent c rating 40 upwards.

Is that top board running jacob hubs?

Thanks for the response, those motors are the only 6354 on hobbyking so I will have to source some motors from another site. For the price do you still think it is worth running the motors in diagonal? this doesn’t negatively affect performance does it. Also I decided on Turnigy 5000mah 20c Lipos, and yes I know it is a low c rating but the other two lipos have worked in my board and I don’t exoerience any sag (im assuming cause their lipos), also the hub motors are maytech, Thanks for the advice.

Also Im thinking of using these 6364 motors which are 190kv as the are also on sale for 70: https://hobbyking.com/en_us/turnigy-aerodrive-sk3-6364-190kv-brushless-outrunner-motor.html And if I run the motor mounts in diagonal I should be able to fit them, my only concern is I’m wondering if the reverse mounted motor will hit the kingpin on a pair of Caliber II Forty-Four Longboard Trucks 10" Axle 44d, here the link for reference: https://www.ebay.com.au/i/183482715849?chn=ps

Dual diagonal is a tried and tested way of getting dual drive it just looks weird imo. I like full rear drive on my stuff and it to look good. When you go diagonal on the rear truck it looks badly thought out.
I love the sk3 atm my favourite motor so far by a long way. The price point is fantastic too right now. Go for the 6364. Just 10 bucks more. Choose a different mount though. @dickyho has cheap good caliber mounts. You could spend a bit more and get the new v5 fixed mounts from @torqueboards. Great solid set up in front or reverse.

I used a Torqueboard Mount on my last board and there is no doubt they are amazing and a solid motor mount its just that because im in Australia it cost so much more, e.g when I bought a 5 pack of 265mm 5m belts from torquboard which only cost $25 I ended up paying $100 because of shipping and conversion rates so it isn’t great value. Also I checked Dickyho and his mount seem good but his caliber models are currently out of stock.

You know what? I am in aus too. I ummed and ahhhed over all kinds of different stuff but in the end went with what had been around for a while. Tb. I still use it in all my builds. Its false economy to go cheap.
It just is. Better the devil you know. Get the complete tb 218 truck kit with the v5 and you will not have a worry. When you want to upgrade to bigger motors it will all work. Saving you a lot of money. Theres lots of different stuff on the market but not much that has been around long enough to be trusted except @torqueboards

I understand what you mean and I do agree as I have read onloops false economy post and I understand it, its just that I just went to Torquboards and it would cost 220 as apposed to 26 dollars for the mount and i have done research and the Turnigy Mounts seem to be decent quality as they are solid and made of aluminum like the TB mounts, plus im using 180mm Caliber II trucks meaning to fit 2 6364 motors i would need to run them diagonally anyway so i don’t see the downside.

If you buy the turnigy mounts you will end buying miunts again and not being able to ride while you wait. There’s a few people that have had good luck but lots if them get tortiin cracks when nit used on turnigy trucks.

Do you know of any other merchants who sell quality mounts at a reasonable price?

I guess you need to define reasonable. There’s cheap and there’s good but it’s rare to find cheap and good.

Build kit boards, but they don’t have an adjustable angle

Yeah that mounts looks good, i now just have to consider which mount to use

I think that I am going to use the Turnigy mounts in the end because I have already used a TB mount and have hub motors so I want to give them a go, plus if they don’t work its only a loss of 20 bucks which is worth potentially saving 300 for a TB mount and getting it to Australia, though I will get 6364 motors instead of 6354 motors like @dareno said. Also I have ordered the Flipsky VESC’s and they should be here in a week or so.

@moone do you still have the tb fixed mount?

I sent them back and got the V4 motor mounts. They should be here any day.

Townsville, so not many stores to buy stuff either and no I have a single TB mount on my other boarf.

Also @dareno, I was thinking maybe instead of using dual belt driven I could use these in dual: https://www.ebay.com.au/itm/AU-STOCK-1200W-Front-Rear-Hub-Motor-for-DIY-Electric-Long-Board-Skateboard/222990461411?hash=item33eb4469e3:g:n4MAAOSwWDBbBo7a:rk:23:pf:0, since I constantly have troubles with my mounts I have a phobia when riding that something will come loose and these hubs are 1200 watts so they would be super powerful, what do you think?

Mate I have 2 hub boards and they both are nothing compared to my belt drives. The only hubs that will get somewhere near the performance of a decent belt drive are enertion or hummies. Depends what you want really and the kind of riding style. I like massive torque so hubs just don’t cut it for me but if where you live is flat and you don’t want a fire breathing monster then yes those 1200w motors would do you. Completely un tested though because I don’t know anyone with them. The only hubs I would consider atm are the hummies or the maytechs because they are known and they would give me a semblance of hill climbing. @rey8801 loves his hubs so maybe he has some experience with these particular items.