The new Maytech remotes with the whip are coming to the shop, just ordered a batch yesterday. I also have more Totally Bitchin’ 190KVS motors coming, so i’ll finally have some retail action happening again.

I mentioned the remotes because for the past year i’ve been whining to Jollin at Maytech about interference. I asked about a number of options, including a fully customized remote on a completely different frequency band, but they insisted that they have improved the user experience by mitigating interference. The did this by adding a whip to the antenna.

The old Steeze remotes were kind of cool, but in many ways were terrible. Binding whas a pain in the ass, channel switching was something you had to do if you had multiple boards or went on a group ride with other people who have the same remote, and they broke all the time.

The new ones don’t break, don’t conflict with others exactly like it, and binding is a simple pleasure. However in 2.4Ghz saturated areas, such as near major bus stations, deep in the concrete jungle, and other industrial or otherwise heavily used areas drops can happen.

I’ve had zero problems in my own small area, and only recently have i had issues in downtown Orlando near the Lynx station, but that whole area is under construction and they recently added a commuter train (SunRail) to that station. I’ve heard most of the complaints from places like New York and popular areas of California.

Hopefully the new remotes will address this issue. I’ve already had to swap a few customer’s remotes out with ones they’ve chosen and sent me with their board.

What’s your experience been like in your area with remotes? HAs anyone tried one of these new Maytech remotes yet?

Im using 2 of the original maytech remotes, without the whip antenna. I’ve only ever had 1 issue, and it wasn’t signal based. I’ve used mine in some pretty heavily populated and industrialize areas like Nashville, Atlanta, Birmingham, Memphis, etc.

yeah i feel like for the most part they got it right.

I just wish somebody would quit fucking around and release a remote using the designated hobby bands of the 900 Mhz spectrum. NOBODY is using that anymore, and its more than enough for reliable throttle control.

@longhairedboy With the Caliber E trucks can I still fit dual 6355?

you can fit dual 6355s with 12mm or even 15mm belts if you want. I’m trying to switch over to 12mm myself but i have to order more mounts and crossbars.

I hate to bug you but I want to be sure before going on a hug ordering spree from your website- the evlove kegal pulllies are kind of strange but they fit for sure on these trucks? Last question I promise

Where most insert pulleys require a 608 bearing’s worth of axle, the Evolve pulleys require almost 18mm of bare axle on their own and these trucks only provide about 10mm additional steel on each side.

I can’t really say for certain but my gut says you’d probably need to chop them some.

Will the new one be the same design? I love my maytech for its feel and never have I had a drop out in my area of aus but then we still run adsl 2 here so I’m guessing the rest of the communication tech is as far behind. Whats this whip thing? not some 60’s mod thing with a squirrel tail hanging from it? 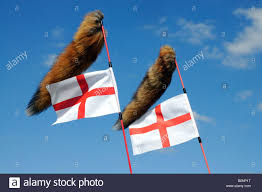 I have had pretty much trouble free operation in London, and no reports from any customers in Europe or Australia of problems.

I used that remote every week day for months and months in and around central London, only 1 time I had drop out issues, I took the remote apart, made sure the battery was connected properly to the pcb and charged it up and have had no issues since. I wonder if at least some of these issues being reported might be due to charge levels or the battery connection?

The bloody thing lasts so long i sometimes forget to charge it and it will drop connection when it gets low but restart it and it will give you another 10 mins to get home. Best remote for smooth operation that I’ve used so far though.

@dareno honestly that’s my biggest complaint. THe battery lasts so damn long you forget to charger it. And yes, the remote itself is still the same amazing ergonomic shatter proof design that some people seem to think resembles a sex toy. Anything of practical every day use that also doubles as a sex toy is a win in my book, but you can’t convince some people of the obvious i guess. Whatevs. People. pfffft

I just switched back to my trusty old mini RC remote from my Maytech MTSKR1712 remote after the board accelerated on its own as I was slowing at an intersection. This happened 3 successive times on Howard Street in SF near the Moscone area. I think the 2.4Ghz band is heavily saturated in that area. The guy on the Boosted in front of me didn’t appear to have a similar issue.

I just swapped out a remote for a customer of mine in that area. Its really, really bad out there.

I sincerely wish they would take me seriously and just abandon the 2.4Ghz spectrum altogether for throttle control.