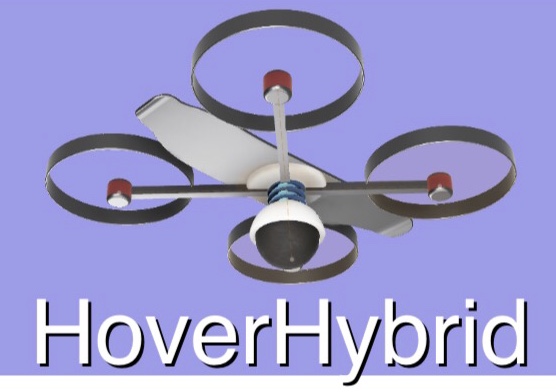 This is a public designation for an open source project. I Robert (Bobby)Belanger claim to be the creator of the concept I call the “HoverHybrid” I designate the concept and general design to be an “open source” project intended to progress the development of a literal “Hover Board” that is safe and affordable.

For generations we have dreamed of owning a functional hoverboard. Finally the technology exists to build them and currently a few examples exist, however the technology is not affordable, practical, safe or accessible to the general public. In my opinion there is a need for a hybrid board that works with the principals of flight but is not powerful enough to sustain flight with the full weight of the rider.

The name “HoverHybrid” is open for discussion. My initial design consists of 4 or 6 brushless motors with props in an x drone configuration, 4/6 Vesc based speed controllers running VESC tool or BLheli firmware, and a separate flight controller running Betaflight firmware with stabilization. There will be foot straps securing the rider to the top of the “HoverHybrid” to protect the rider from the props and to prevent the board from flying off. Prop guards can be configured to protect the rider as well as improve airflow. Initially two handheld remotes can be used with joystick pots in the same configuration as a common drone. One controller in each hand and a wire connecting them running behind the rider. As balancing software is added and tuned remote functions can be reduced. The function of the “HoverHybrid” will depend upon a wheel to support a percentage of the riders weight and mounted at the center of gravity. A fixed wheel to start and then possibly a coaster wheel or trackball design. The thrust of the “HoverHybrid” will counteract the effects of gravity making longer jumps softer landings and lateral acceleration possible. As a starting point I think the total thrust should be scaled to lift approximately 20-30% of the riders weight. That should be enough to facilitate balancing and stabilization and can be increased as needed. The goal is to produce an inexpensive design that is safe and works. As the project progresses from that point the goal will switch to lessening the need for a wheel at all.

I have not attempted to build a “HoverHybrid” nor have I done all the calculations needed to start selecting components.

I am presenting this concept casually for 3 reasons.

I have created a FB group for the project and will add anyone with interest. I will not add a link unless an admin invites me to do so.

There’s potential for a pogo stick version that’s worth perusing as well.