PSA: Comparisons of Vehicle Impact Speed to Height of a Fall

Today I started to feel the results of a fall a couple of days ago, I really feel like I fell off a house… decided to check, turns out I was pretty accurate, 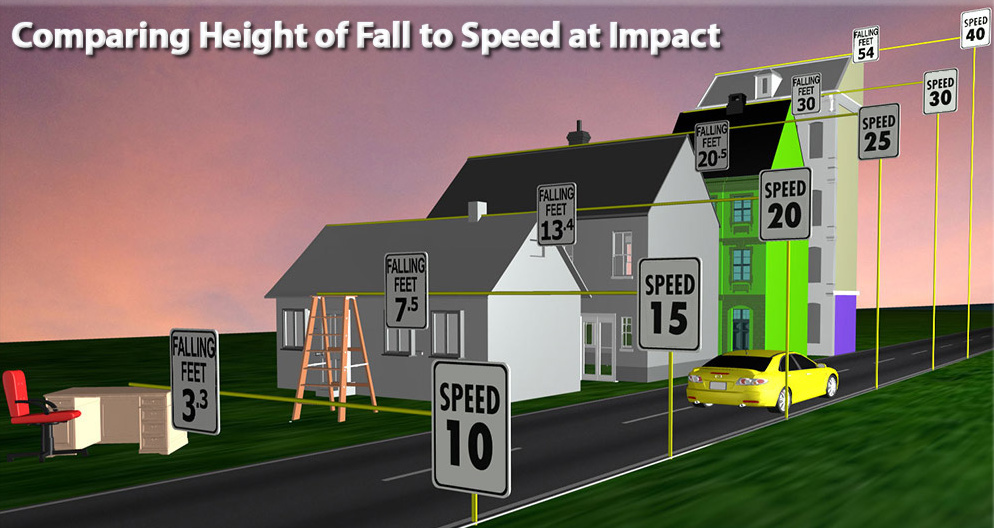 I think I was about 15-18mph when I came to instant stop - apparently between falling of a ladder and a 1 story building.

I can’t help but wonder about the survival rate of someone doing 40mph and hits say a concrete wall, a even a nice soft car.

My pads really helped but not so confident anything would help much at 40mph … well maybe a full Iron Man suit.

Sub- 30mph (48km/h) is definitely my modus operandi. But I want to get to top-speed as soon as possible.

Iron man suit with retractable hummie hubs in the feet, get on that now! :I’ll take 2

Iron man suit with retractable hummie hubs in the feet

just the feet… never gonna feel like your flying that way!! 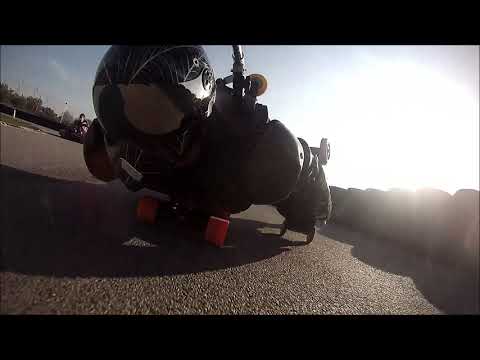 EDIT: I do live in hope @Kug3lis has a custom iron man suit planned even in a far off future

EDIT: I do live in hope @Kug3lis has a custom iron man suit planned even in a far off future

Just as addendum, we all know that force=mass x acceleration…

I’m a 280# dude that had a bicycle accident back in early august at 25mph. I couldn’t make a turn and came to an abrupt stop against a railing. I ended up breaking my humerus, radius, ulna and a metacarpal. so far, I’ve had 3 surgeries, I have 3 plates, something like 16 screws, they had to remove about 1.5" of my ulna, and fuse 2 of my wrist bones to my radius. Assuming everything continues to heal the way it has been, in early January(5 months later!) I’ll start PT and learn how much flexibility I’ll get back.

So the take-away I’m trying to put out is the bigger you are, the more risky even a moderate speed becomes.

falling off a board you can slide out and just suffer a sliding injury with maybe road rash. Look at pro cyclists Sprinting at min 40mph and they come off and often jump back on with a burned up ass and hips knees and shoulders.

Going off what you said yea all these people racing bikes or falling off a board and being ok are skinny.

the saying is “go big or go home” …I didn’t go home that night. if it hadn’t been a abrupt stop, it would have been a touch of road rash and a lot of cursing. But since it was, instead a silent shocking moment, looking at my arm doing it’s impression of an accordion!

falling off a board you can slide out and just suffer a sliding injury with maybe road rash.

you can’t always be sure you have the luxury of some sliding, this is why I feel like I fell off something today so much… near instant stop 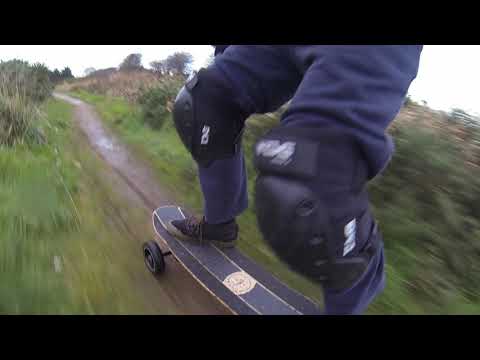 I would have loved for some sliding

EDIT: that said if I slid I would have hit a fence post

I only break 30 when there’s little to no chance I’ll hit anything if I fall, i.e. there’s no cars within a few hundred feet and it’s a nice straightaway or slight curve with few obstacles. Don’t really carve too much above 30 either.

According to this i can run off the top of my house and be fine. That doesn’t seem right.

Run off the Empire State Building and slide it out. Bit o road rash

Interesting findings. But we don’t go from 20mph to 0mph because of roll and slides that happens right? Every time I watch the NYCeboarding videos I cringe, if the fall don’t hurt you, a car might run you over while you are down.

I have only gone past 30 three or four time during testing of new builds, always done on smooth bike trails with bush and shrubbery on both sides, generally I stay under 20mph

Unless you run right straight into a brick wall without braking, a fall from an eskate will greatly reduce your speed. I don’t have concrete numbers, but as an example, a tennis ball leaves a racket at 80mph, but by the time it bounces and reaches the other side, its only going 30mph, and a tennis ball is far “bouncier” than a human body.

So if you’re going 30mph, fall, hit the ground and slide, you’re probably going 15mph or less, depending on how long you’ve been sliding. You can survive a 7.5ft fall. What’s interesting is that you can’t survive a 7.5ft drop straight onto your head. So a 30mph fall from an eskate can still easily kill you, depending on the area of impact. But otherwise, if you hit, slide/roll and then hit a body part, you’ll probably survive.

i’ve successfully run out an inconvenient cease in board momentum at 20mph. Angle of impact and redirective forces are certainly at work here.

I get fucked up if I try to run it out. Messed up foot n knee that took a long time to heal. My greatest falls are when it comes out of nowhere and I don’t have time to think. rolling it out is risky as well. I remember that 60mph dive in that promotional video for that sword board or whatever it was. He’s a pro and went right into a belly slide and got right up. If he had tried to run or roll it out I bet he’d get seriously fucked up

We need suits covered in tiny ball bearings like chain mail in the form of teeny ball bearing races. That way any way you fall, you slide it out on your suit of balls.