Just received my racerstar 140kv motors to use as replacements on my bamboo GT. I used a htd5 15mm pulley off of EBAY, I didn’t find the no flange red pulleys until after I order the ones with flanges. Still works ok, but you cant use the pulley covers with the flanged pulleys. Too tight of a fit. Included a pic with red motors on. So how are they performing? Any differences to the origin motors?

Seems like my board ride just the same as with the original motors. Much better option than using the replacements from Evolve.

So what is the reason to open this thread instead of posting your “review” in the already existing one?

My review? I was looking for threads about this motor as a replacement for the evolve bamboo GT, but nothing came up.

I’m sure there are others that may be in the same situation, looking for an alternative to get their boards back up and running due to motor issues.

I am showing a pic of the fit and what I used, in the Evolve section of the forum.

these motors have been discussed (with the option to mount them to evolve boards) here: 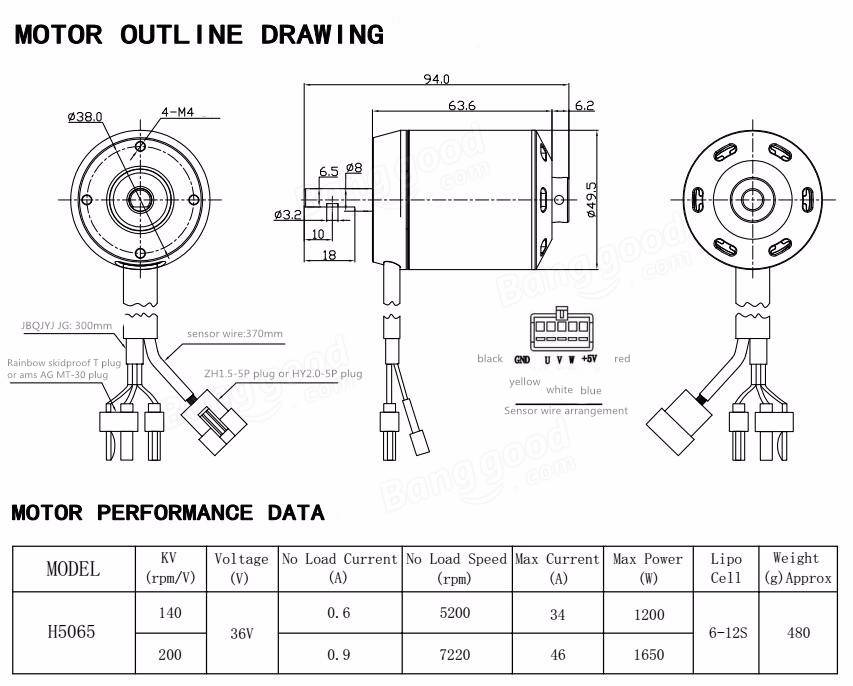 The first sentence even says: “All of these motors have a similar (if not the same) design to Chaka’s motors and Evolve’s GT motors.”

I saw those, but it didn’t look like they were talking about replacing the bamboo GT motor for a 140kv motor. There werent any pictures of them in place of the evolve motors.

Then that is the answer to my initial question.

Nitpick someone else’s thread. Its in the evolve section and describes exactly what I am posting about. I believe my post is helpful. Your replies to my post is not helpful to anyone.

Dude I just said that you gave the answer I was looking for. If there is a need for evolve specific descriptions on this motor fine - otherwise it would have been just another thread about this motor.

What helpful posts are you looking for? Every detail about these motors is already posted (I have one myself)

Hi, I’m trying to find a “technical” explanation of why/how a 200kv racer star runs higher rpm when plugged into the same esc, running off the same battery supply. I understand a bit about e-rpm and motor poles. But I can’t understand how a plug in motor tricks the esc into producing a higher frequency.

Know where I can search this type of information?

Compared to what it runs higher? Do u have different motor with also 200kv rating?

Hi and thanks, the standard evolve motor is supposedly 150kv, there’s the racerstar 140kv and the 200kv. With no chance in esc settings the motors plug in and run different rpm. I don’t understand at a technical level how??? Motor poles?? Or somehow the standard evolve esc is tricked into increasing its output frequency to a 200kv motor… but I can’t understand how???

Yep, but do you know internally what’s different about the motors. I’ve read wire thickness and amount of windings. Still doesn’t explain to me why it goes faster under no load, and the same esc… on an evolve. The 150kv runs to 5200rpm the 200kv to about 7200rpm.

You should probably just research brushless motors as a whole. That type of info isn’t just for esk8. Look up kv and how to build a motor for a specific kv rating.

Let me make it simple.

Kv refers to the RPM of the motor per volt “without a load”. This means that if you have a brushless motor with a Kv rating of 150 Kv then you would multiply that number by the voltage of your battery to get your total RPM which means that if you have a motor with a higher Kv then it will have more top end speed but less efficiency than a lower Kv motor at the same voltage . Torque and speed is determined by the number of winds on the armature and the strength of the magnets.

A high Kv motor produces more heat and it will handle less voltage because it has fewer winds of thicker wire that carry more amps at fewer volts.

So what you’ve read is correct.

Yep, have done quite a bit. Came up with this as ultimately being the end of the line what controls the output frequency (e-rpm) … bugger, pic of 6 mosfets controlling 3phases is on my tablet, now using phone. Will post pic later.

Thx for the reply

Thx for the reply.

I guess what I’m trying to get a definitive answer to is.

In the end. A BLDC is a 3phase permanent magnet synchronous motor. And the speed that motor runs is the frequency that is driving it.

I would love to understand that part.