Over the many years ive been building boards i have owned almost every mount on the market and have destroyed most of them. It became obvious that there is a pattern how they fail and some clear design errors that should be avoided. I wont repeat the details but you should read that old post.

Basically metal being too thin in areas that have unnecessary holes for crossbars and belt tensioners or to save weight. These things must be carefully designed leaving enough metal to be structurally stable.

Its come time for me to buy some mounts again. After my research i have concluded that 90% of mounts on the market or being made in this forum by users are faulty and will snap eventually.

I have brought up this topic here a few times abouts motor design and mount design but it was a while ago and the new DIYers seem to not read posts that old.

This is a link to thew old discussion.

Beware of motors with this common design

Everything is aligned i check meticulously before every ride. I have had issues with this before and i’m very aware of it now. I assure everyone my mount is aligned and the pulleys are centered. I was thinking the belt might be a little tight. But...

here is my update of weaknesses in the new designs ive found. All the following mounts have design flaw that should be corrected. 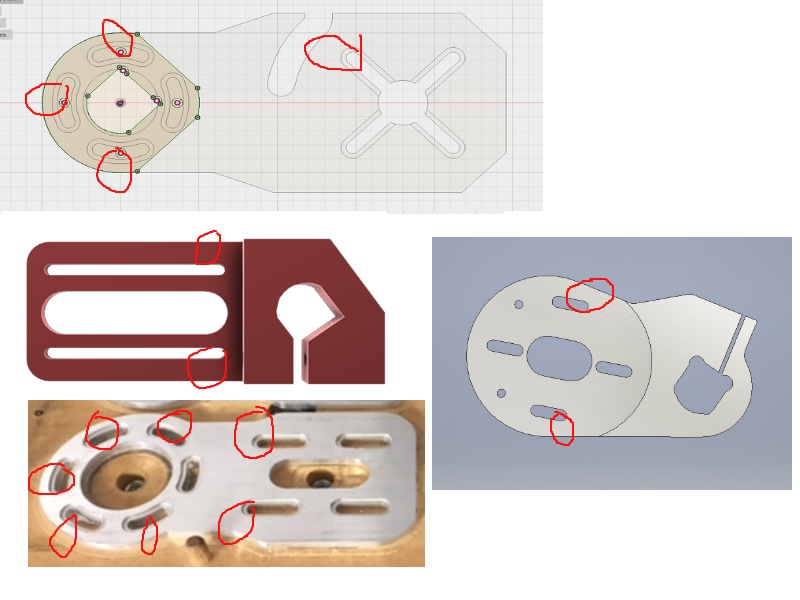 I couldn’t agree more with all of this. Mounts need beef. And they need more simplicity, not more gadgetry.

These are @okp 's design. After breaking as many mounts as you have, including enertion, alien, polarboards, and torqueboards, I have finally found the perfect mount in Paris.

This is a fixed angle, single piece mount for caliber/clones with minimum fasteners, minimum pieces, and maximum “stay the fuck put”. I’m putting my name on them and ten of them will be here in a couple of weeks. I’ve already got one customer returning his board for replacement mounts due to the over complexity of most diy mounts.

So if you make your own, and i hope a lot of you will because its very rewarding, remember these simple things:

oh just found another one 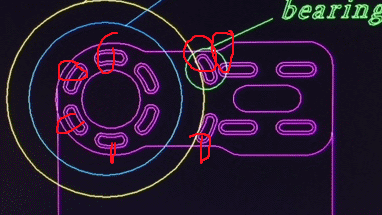 Sigh, if you’re snapping mounts literally in half routinely then you’re doing something wrong. While I do agree that durability should be #1 in motor mount design, so are a lot of other factors.

All these mounts are a compromise. They all have pros and cons including mine which is pictured. If you make a simple mount then people will complain of lack of features like idlers and adjust ability. It is not a one size fits all, and that shows with all the pockets.

9/10 motor mount reliability issues are from loosening and not snapping.

On a side note, how is it possible to snap a mount and not break the motor?

Aluminum, even 7075, are not very forgiving when it comes to crashes. When it yields it remains that shape pretty much forever, there is no revising it. With carbon, there is little motor cooling capability and a chance of delamination. It is quite brittle.

I am glad you brought it up though, as I am in in the works of exactly what you’re talking about. Simple, cheap, bulky. It won’t have any fancy features but…yeah

I made a simple two-piece mount but got rid of the ability to have an insert for adjustable angle of the mount. Sucks, but it fixes belt alignment issue for longevity.

Is there any actual science going on or did you just circle some spots on the mounts you feel are too thin?

What do you think of mine? so what mounts do you recommend

My chinese provider says he can provide minimun order (10 pieces) for this fantastic motor mount. Its a simple, cheap, and heavy duty without fancy features. So simple as simple could be. I’m confident this will be the standard motor mount for years to come in this forum. Perfect for you guys!! 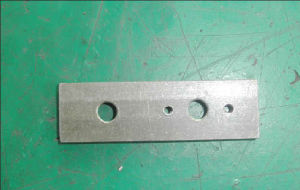 Everybody ready for a group buy?

Nobody will buy this. Unless this is meant to be modded first this is pretty much useless. Where do you mount the motor? How does it get attached to the truck? Plus it’s not even wide enough for the motor to sit on

Nobody will buy this. Unless this is meant to be modded first this is pretty much useless. Where do you mount the motor? How does it get attached to the truck? Plus it’s not even wide enough for the motor to sit on

Oh haha I didn’t even realise I thought it was some Chinese seller trying to sell crap until I looked at his profile. Sorry @pixelsilva

We’ll call it science because he posted a theory based on his experience which my experience also backs up. This moves it from “anecdotal” to “peer reviewed.”

wohoo!! my mount isn’t on here!

It would only be peer reviewed if you also tested all of the listed mounts and everyone of them would have failed at the proposed positions. I doubt that. Some of those mounts seem actually quite sturdy and he does not even take material thickness or material grade into account. Also the load is omitted completely apparently - one of the mounts in the initial post has a slot for a tensioner - the thin wall next to it will see like no load at all - why should it be thicker? If anything the problem with that mount might be the material loss due to the tensioner slot. But I am no material scientist so would like some actual scientific explanation for it.

Note the quotes i used. they were meant to signify a lesser meaning. I was trying to point out that it was no longer just horse shit somebody was starting to post but instead backed by other people having the same experience. That experience is as follows:

I have broken every single model of mount i’ve ever used. Most of them have mostly survived my customers so far but none of them have survived me indefinitely; I was seriously looking into a welding kit to start doing slabs and rings. Except the one i’ve posted here. I’ve had these mounts on for about 5 months now and they haven’t budged. No misalignment, no creep whatsoever. Even when i banged out a bearing and the wheel rolled out and the whole board dropped to one side and slid it out on the mount, the damned thing stayed aligned. Even without the cross bar that is supposed to help it stay aligned. IT it STILL aligned and i still haven’t done shit to it for adjustment. And this is on a hangar that has divots from enertion clamps AND DIY grubs. Not ideal conditions at all.

So fine. I have independently reviewed his findings and i agree with them. I just won’t call myself his peer or formalize the entire process.

If you want to argue the semantics of executing the scientific method then none of are scientists. I keep terrible notes if any at all and often just move on to the next thing without saying anything to anyone because i know this or that is shit and that other thing is good because this broke and that didn’t. I don’t have time for that shit really. Just call me Dr Venkman. I don’t need precision measurements to look at a mount and tell you its shit. Neither does the op. Other people walking in off the street want to know what works. They don’t need precision measurements either to know shit mounts are shit, we just tell them what to look for and then tell the designers of the mounts what to not do.