Very well put. That is why I opened by saying that I do not want to impose anything anyone. I got asked the same questions multiple times, so I thought I made a collection of things I am familiar with that could help someone. By no means was it intended to sound like a status quo or the best way. Just a potential guideline for people that are loocking for it. Tue golf swing was a perfect methaphor. I would like to think that it can help to know in wich general direction it should go but I would never get up on the high horse and proclaim anything more than that. I hope I didnt come across as a jerk or anything, my only intention was to help and contribute. Valid point though thank you.

of course, and judging by the huge amount of likes you have on the thread it’s wanted.

This posting is helpful, thanks for putting your time and experience into it. I was reading it and thinking it won’t have much impact unless it take a perspective. And it wont be clear it has taken a perspective until the community reacts or disagrees. And that has now happened, so congrats! And pls continue lol

Best way to stop speed wobbles is to ride with your knees bent, to the point it feels like a squat. Lower your center of gravity.

Essentially yes. Also putting your weight on the axis and ontop of the front truck.

someone said you can stop the wobbles by turning and that makes sense. I strangely haven’t had them ever.

So, I updated 3 more chapters. I am sorry that there is still no video. But saddly I had a stupid fall days ago, because a car drove like a retarded mongroll. A few stiches, bruises, cuts and some skin missing. Nothing major though. Up and shredding within the week. Just have to wait until my hips work the way I want them too. There is allways thos 2-3 sketchy rides after a fall in my case. So I will mayby need until the end of the month.

Yikes! Heal well man. I myself am one of those people who never rode a board before joining this hobby and I definitely have some stability issues I need to sort. Your guide will be a big help.

I like this thread and keep thinking of things: even layers of seemingly non-protective clothing is very protective I find.
Even thin cotton gloves serve me well when falling and allow great feel on the trigger. Trying to “run off the board” when things go wrong always ends up causing much more damage to me than sliding out.

May i suggest posting new info in line on the comments. Finding where i left off is making this thread hard to follow.
My 2¢

good Idea, thought having all in the original post would myke it more compact. I also thought I would finish it in one sitting to be hones … sorry about that.

Well as a true beginner the best advice goes like this:Try it, eat shit, try it again - rinse and repeat." hope you enjoy your journey into esk8. I was actually part of somone first steps on a board recently. At first he was overwhelmed and doing it alone didn´t realy do much for him. He was actually ready to sell his board when he joined our group rides.Since we were very active during that time he kept the board and actually really enjoyed it by the end of summer.

Haha yeah my first day I did eat shit. Throttle is sensitive and my board ran out from under me and dumped me. Still have bruises. I wear a helmet and gloves and when we get into warmer weather I’ll start wearing my pads again to protect exposed skin. Still hurts to fall but every fall is a learning experience. Right now 15 mph feels like warp speed I can’t even imagine hitting my supposed top speed of 30 mph. I’ll always wear the helmet and I push everybody I talk to - esk8 or not - to wear one too. I’ve had 2 concussions and they are not fun. One of them affected me for 6 months after the accident.

Alright I am almost a 100% again. Went for a ride today. Still a little clumsy (usually do after a crash) so I want to do the video + editing this month. Does anyone have suggestion Idea how I can record with a Gopro and have decent audio, so I could talk while riding? Ps: dont have a fullface atm. Since it was a one impact helmet so to say, I need a new one, which makes decent audio a lot harder.

I will give it a shot for sure !

For those who don’t think footbraking is a usuable technique for slowing down at higher speeds. 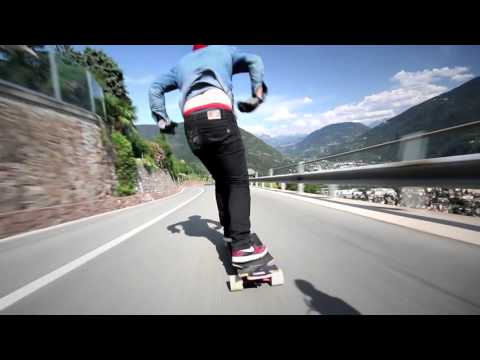 I footbrake all the time. There’s not a lot of room for error in the city and with all the traffic, there’s often not enough space to stop any other way. I don’t go nearly as fast as Zak does. I typically keep my top speed under 25mph and while I usually use my board’s brake, I also find footbraking to be useful. Usually I air brake to slow down to under 20 before I put my foot down, but there are times going down hill where I need a little extra resistance to slow down.

Thanks michichopf for the read. A lot of good info and useful techniques.

Esk8’s have allowed people to skate well beyond their abilities with a false sense of security. Many often forget how dangerous going 20+mph on a wood plank can be. I see a lot of new skaters going 24mph on their new boards and you can tell by how they’re riding that they’re not entirely comfortable with what they’re doing. There’s so many things that years of skating on a regular board give you that help with balance, control, and getting out of sticky situations that you don’t really get with an esk8.

Zak is awesome, huuge respect of his “work”. I totally agree with everything you said especially the last part about years of learning vs. e-boarding. This is exactly why I started this whole thread. People spend 1000’s of dollars on parts. Optimising every component, tinker around with Vesc settings, get the best wheels etc. But in the end they are building a tool (a dangerous one at that), which has to be used properly. Not only to ensure their safety and the poeple around them BUT most importantly to guarantee that those hard earned dollars and hours of work and research reech their full potential. There is so much awesome and fun things to do on an e-board wich cost zero cents. Just dexterity and will.

Footbraking is awesome if properly done. But I realised with multiple attempts teaching e-boarders (which were new to longboarding) how to footbrake and stay stable at the same time at 20mph+ was harder than expected. I myself got into a habbit to not use footbraking 90% of the time. If you ride daily you ruin an excessive amount of shoes

Wow sick video this raw run, i love it!! We all did it, footbrake was a way to brake, mostly when you cannot do speed checks or slide properly, if you go fast you will get all kind of woobles and weird reactions from the skate, to do it going fast at least your body should be strong enough to absurd this uncontrolled reactions. Not so safe remove one foot from the deck at 25+mph. But yes, is super cool! Electric brakes are by far a lot better, safer and it charges your battery! Footbrake4live!!! 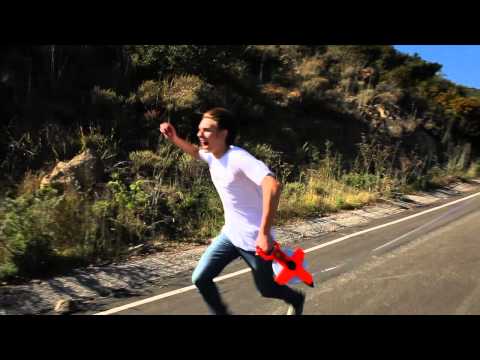