Hey, I’ve been having a slight issue with my deck and my enclosure as the deck isn’t flat on the bottom… This caused the battery pack to be almost tight against the deck in my enclosure then, fatally, someone stood on one end of the deck and it flexed, pushing the battery against the enclosure which cracked around the screw holes… Would it effect it much if I was to route the bottom of the deck under the enclosure for a better fit? The deck is 11mm thick and is stiff - only wood no fibreglass.

Are there any fiberglass layers or just wood?

Just wood… What other info do you need?

How deep would you have to go?

Not huge amounts I don’t think, Here’s my crudely drawn CAD mock up its so rough but sorta gives you an idea of what it is like… The curves are slightly more into the middle though, hence why its tight…

Why not just oversize your enclosure slightly and use yoga mat or foam to keep the batteries tight? The stress on the battery can’t be good for it if it’s that tight

Without seeing the board and gauging how much you’d need to route out I don’t dare say if it would be OK or not.

I would suggest you do it if the deck is cheap so you can buy another one if it fails. To make sure to actually works you(or a heavier friend) should be able to jump on it without it cracking.

Jumping on it and potentially breaking it might seem dumb but it’s better if it fails in the workshop than in traffic!

Hold two 25 lb gym weights and jump on it as hard as you can. If it doesn’t break, set down the weights and go for a ride with peace of mind

Maybe use some kind of a spacer to move the enclosure from the deck? Some kind of plastic or rubber…

Use a rubber gasket between the deck and enclosure. Or a yoga mat or any thin dampening material. It will absorb some of the flex and vibration. This will also give you a little more clearance so the battery won’t press as tight against the enclosure.

@PXSS @Jedi So I already use some rubber to seal around the deck as the plastic won’t go tight anyway. On top of the battery between the deck, I have put some foam in to stop it rubbing… @b264

Not sure if I understood what you were talking about.

I had a deck and enclosure that didn’t match up correctly. I just used a few nuts to create space and used thicker seals to cover gaps 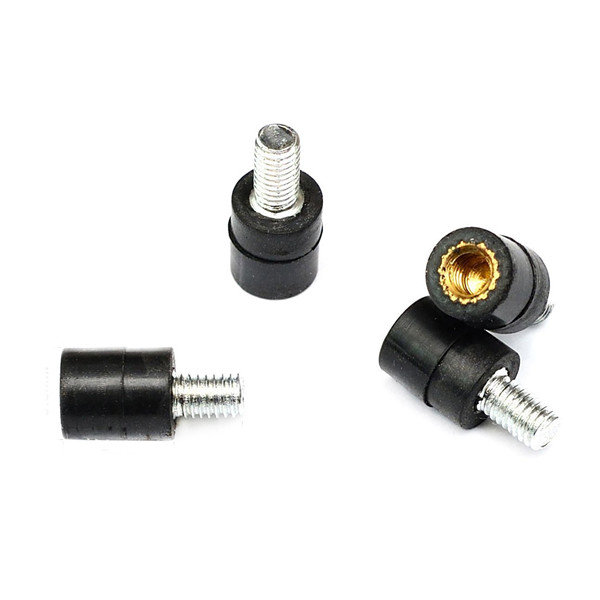 I think whitepony used something similar on one of his builds.

What sort of enclosure are you looking for? Would one of these fit 20 cells long and two cells high?