Some of you will remember the monster MTB I found a few months ago:

Hey guys since there’s still some ongoing low key interest in this project- thanks very much bty!- I thought I should give an update on what exactly I’m planning to do here. First of all, I will NOT be doing a full restoration. The original concept,...

As promised, I have been slowly working on turning the ugly monster into, well, this: 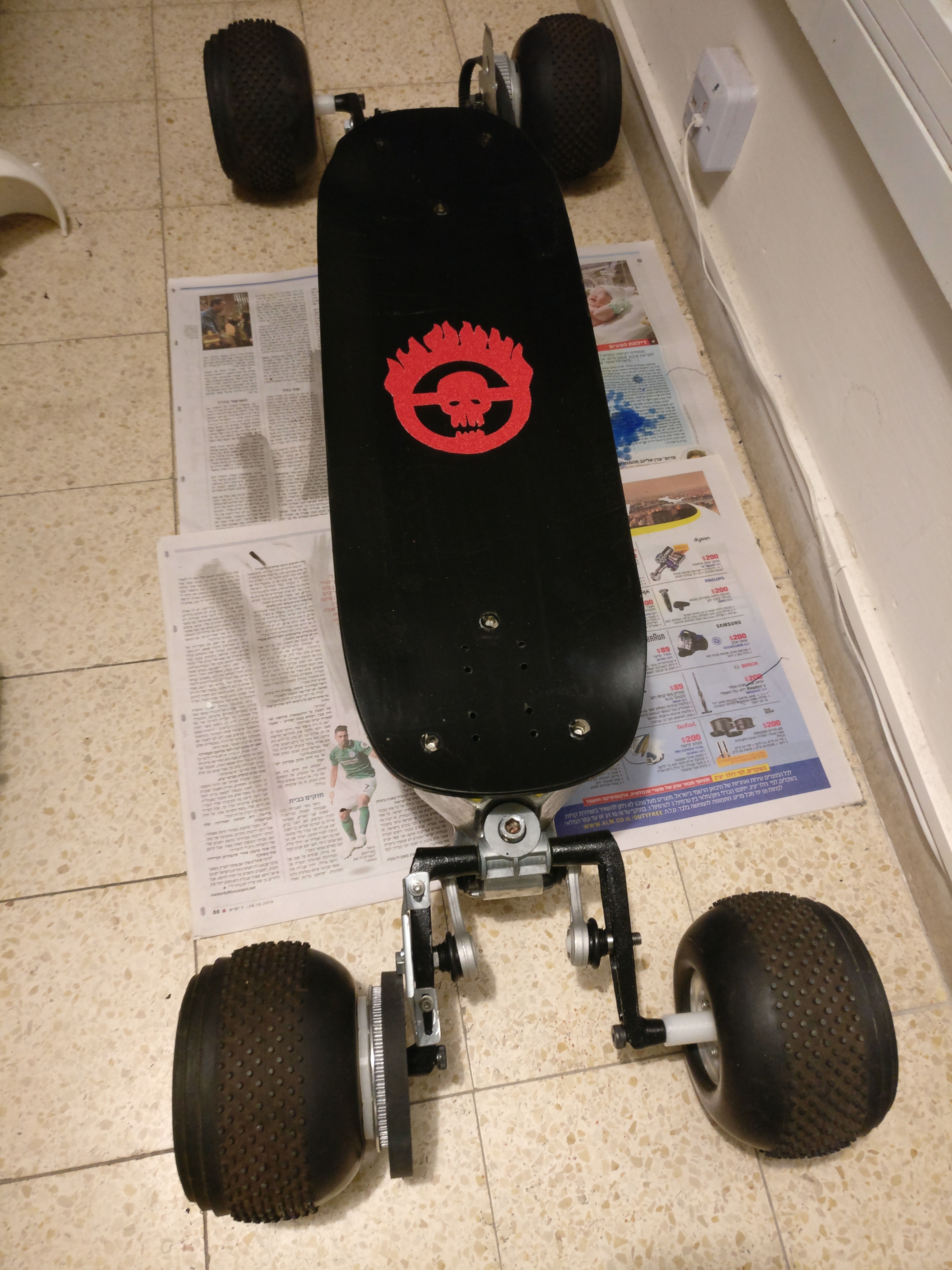 I wound up using only the wheels from the turfboard, but they kind of reminded me of the bigfoot truck from the movie, hence the name and theme. 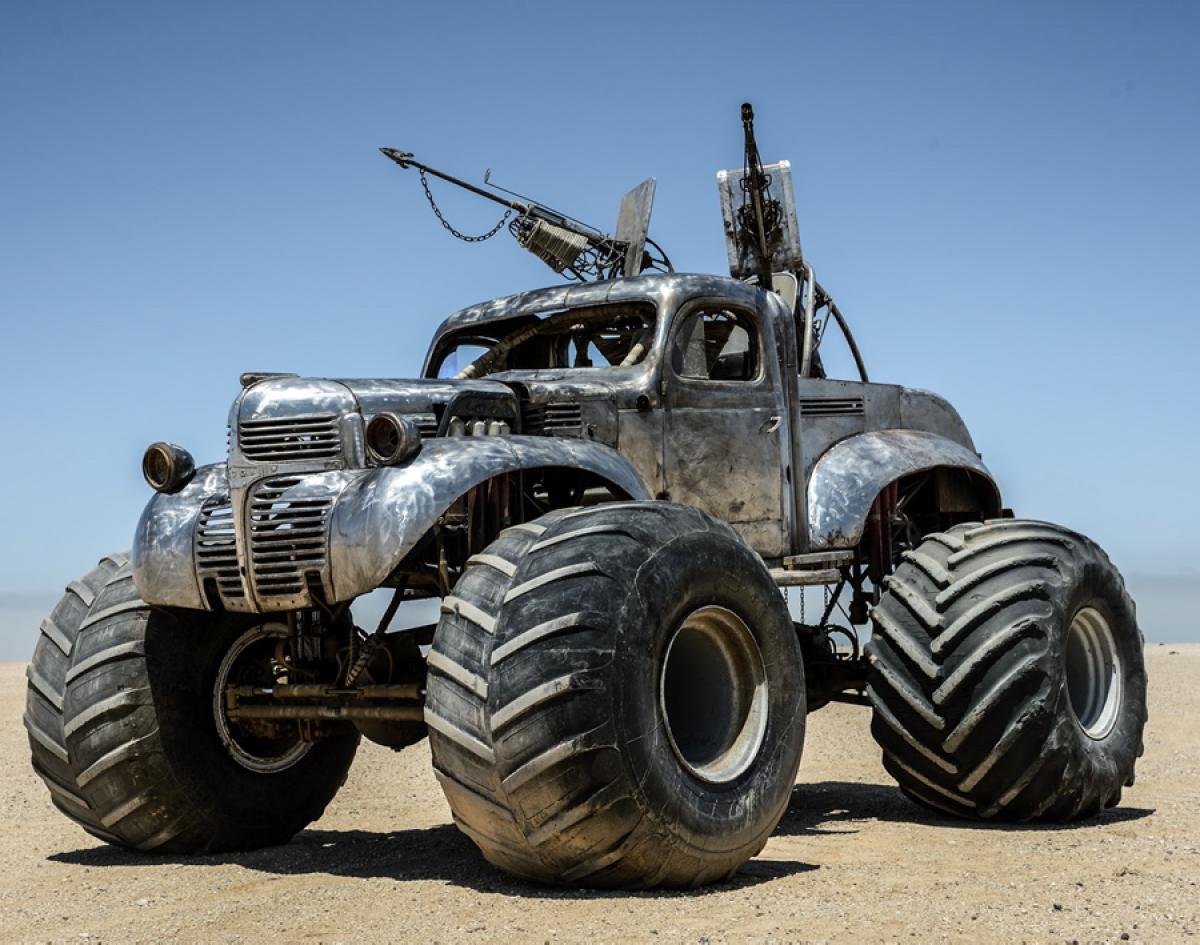 As you can see, one swing-arm on each end has a crude but sturdy motor mount I made from bent steel sheets I got from the scrap bin at work. I should even have space for idlers if I use 60-66 toothed pulleys. 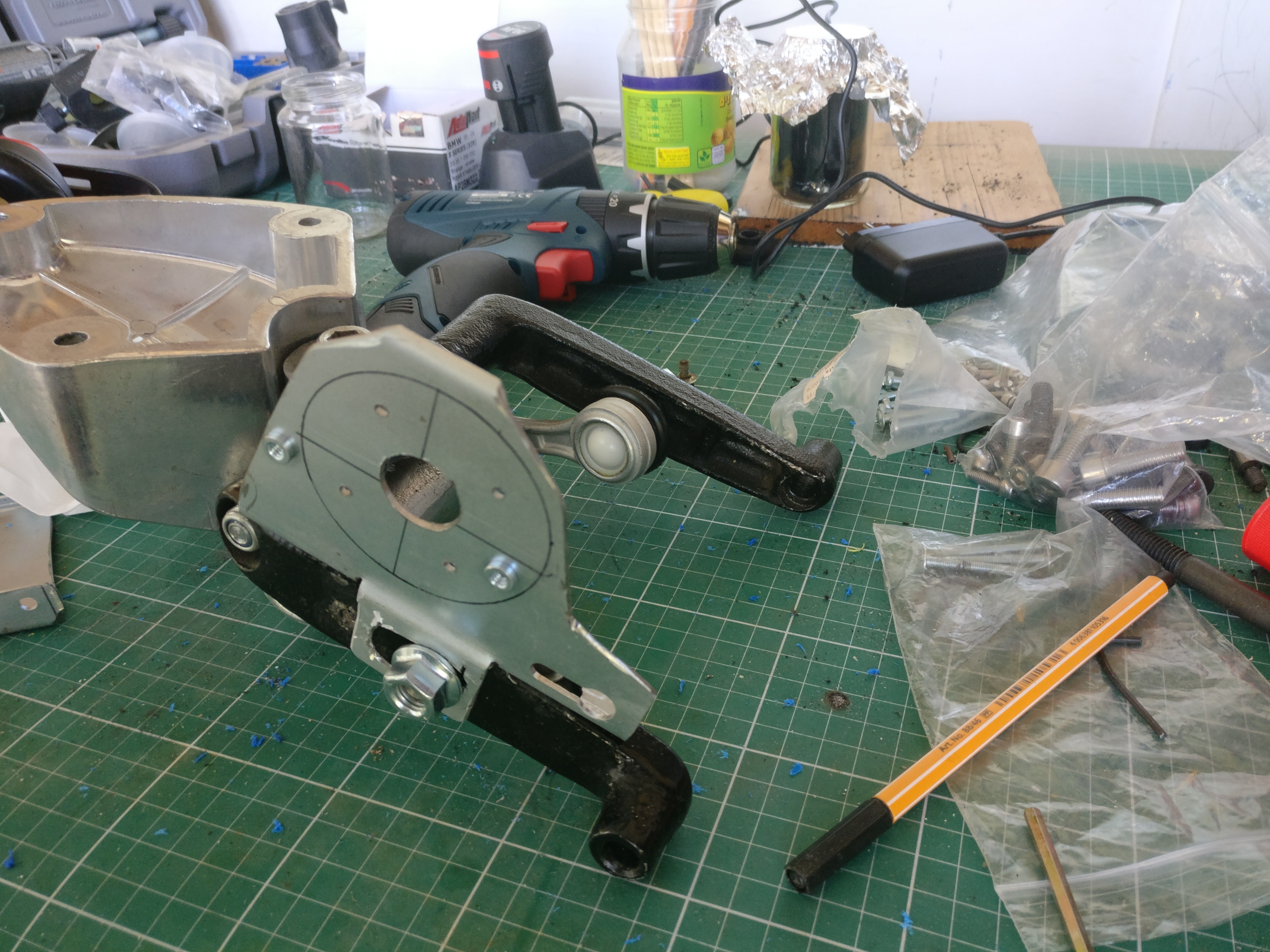 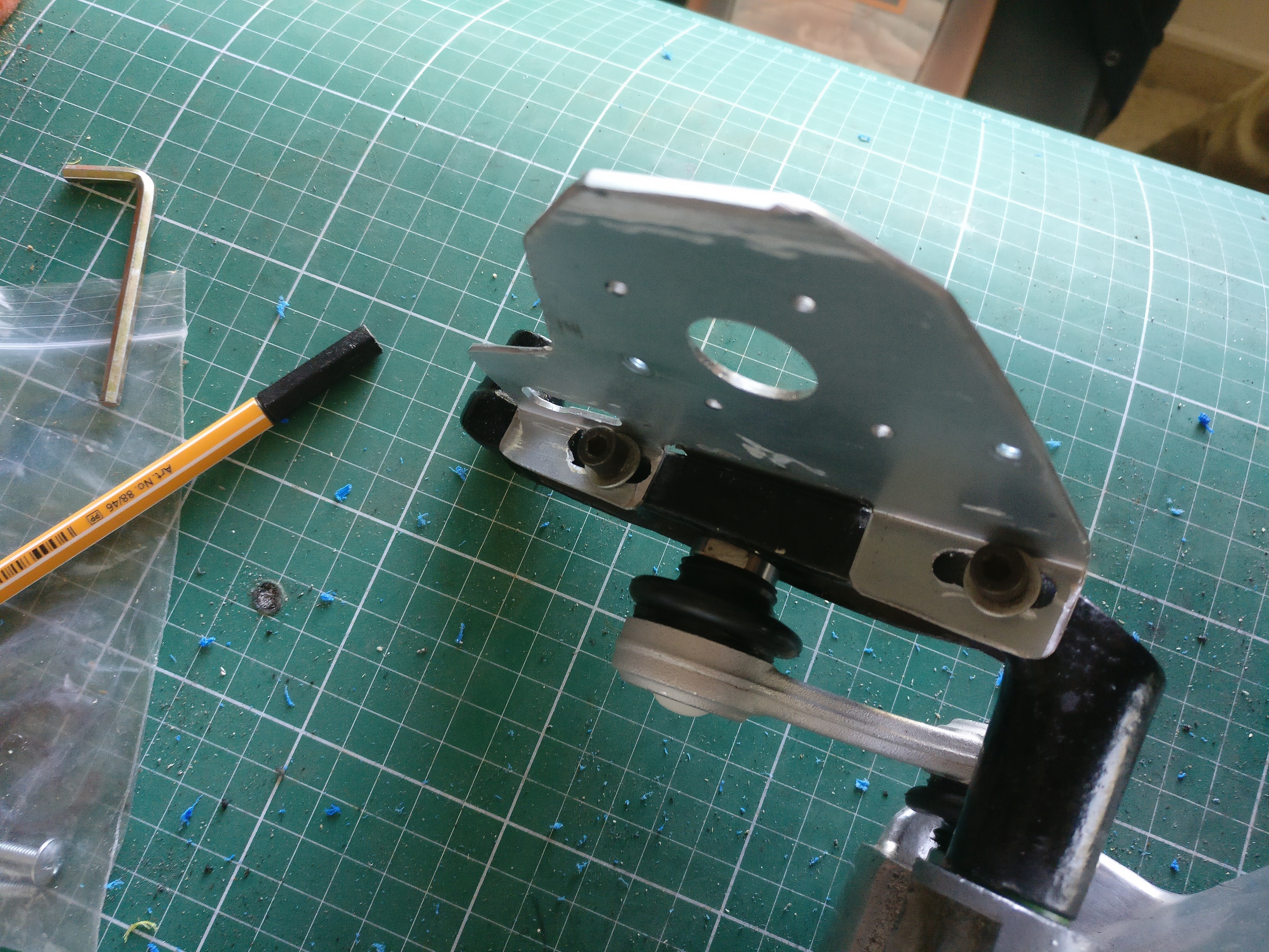 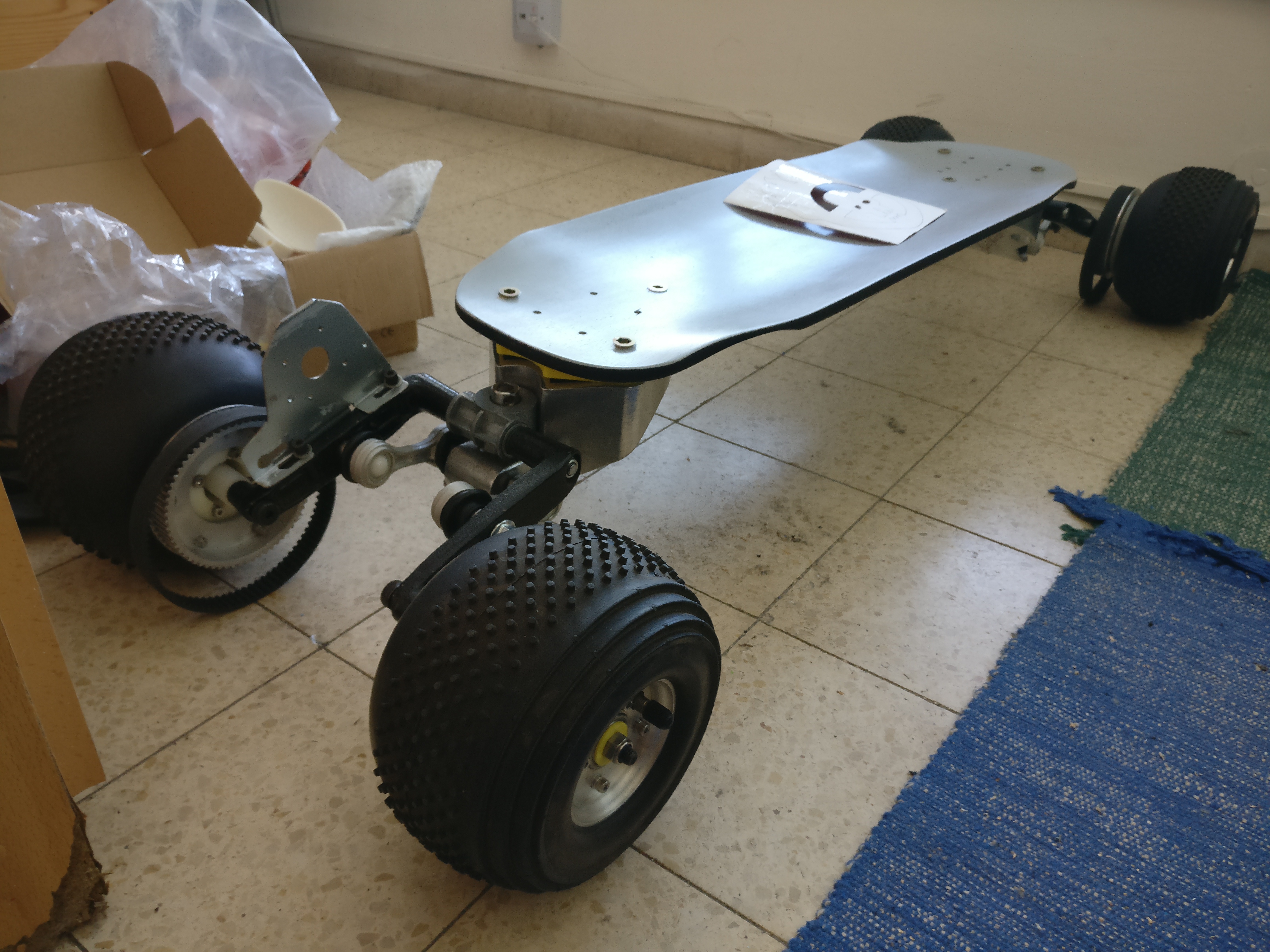 The wheels have four bolts so I had to print adaptors from nylon to attach the pulleys: 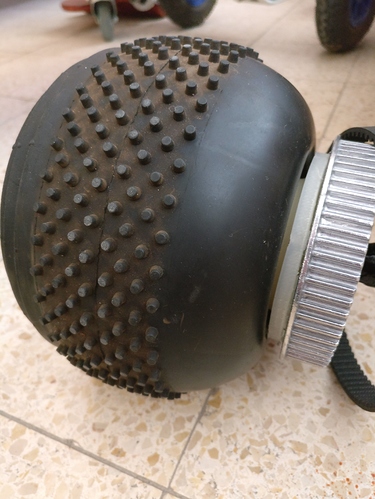 Since the truck bases are hollow I can use them to hold the vescs, maybe even turn them into giant heat-sinks: 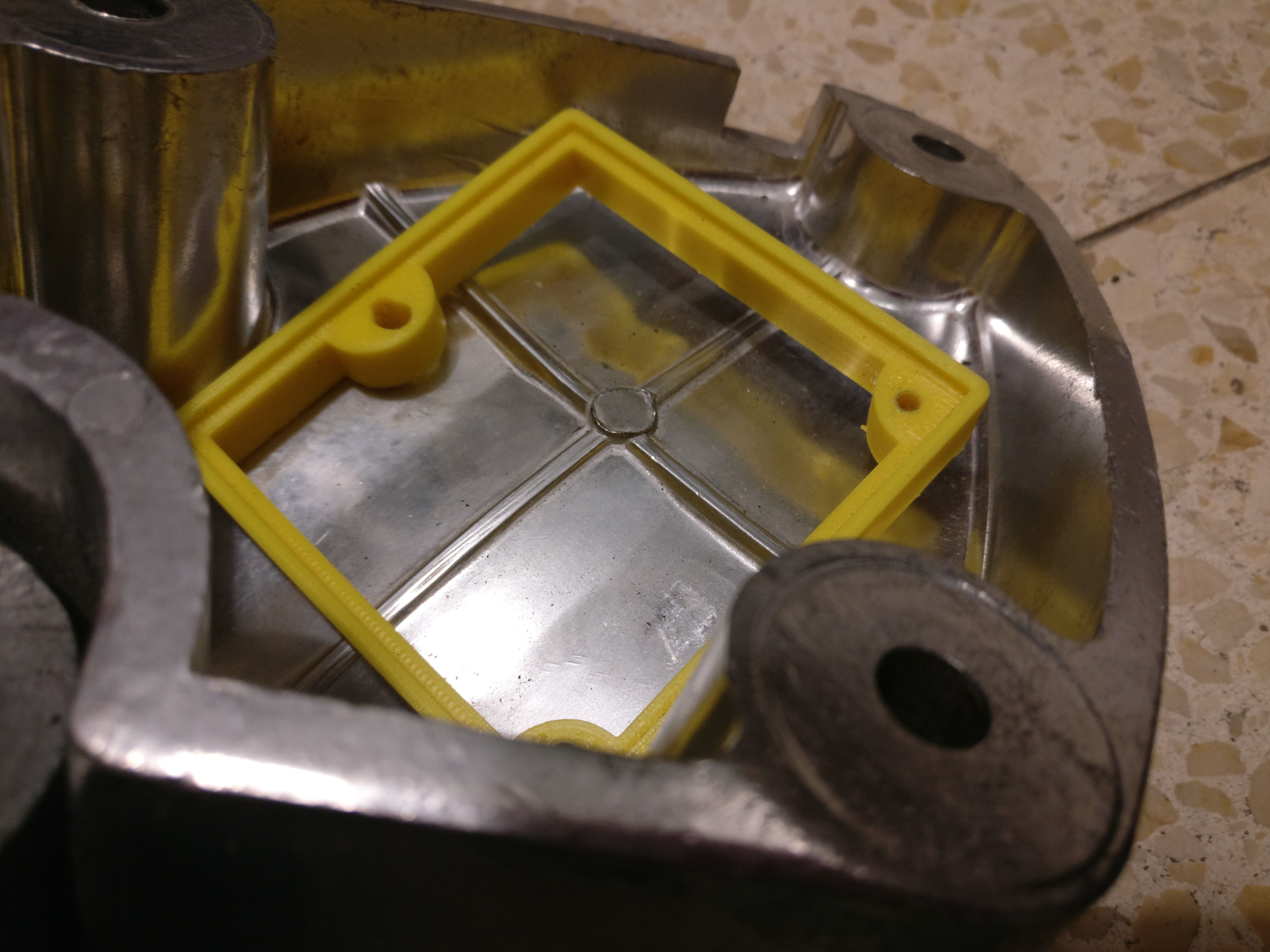 There is still a lot to do- motors and vescs arrived today, but I’m still waiting for the pulleys and a bunch of other stuff. I’m also debating drilling another set of holes to bring the trucks closer together. Even with the jetspud, right now the wheelbase is about 44 inches.
To be continued! P.S. If anyone finds a good stl file of the Doof-warrior, please hook me up! I so want to put him on the front of this but the only file I could find costs $120 to download!

The combo of the swing arm trucks and these tires really gives it a mars rover feel.

One of the most unique looking builds!!!

Thanks! My enclosure arrived yesterday so more details coming soon…

i would run if i herd that thing come around a corner, also what tires are those?

Is that the Tumbler?

The BMW Street Carver (styled StreetCarver) was a skateboard created by BMW. It had an extremely stiff wood and fiberglass deck and a unique suspension system derived from parts from a BMW 5 Series car and was designed by DesignworksUSA. The Street Carver was produced from mid-2001 to 2004. Its original retail price was $495. The Street Carver was notable for the striking appearance and its steering mechanism that gave it the ability to carve like a snowboard or surfboard. The Street Carver em...

@Noob-at-building I believe that the tires were custom-made for them. I saw one other set for sale on eBay back when I started this, haven’t seen any since then.
1 Like
Noob-at-building January 18, 2019, 10:44am #7

Time for an update! First up, new repurposed deck: 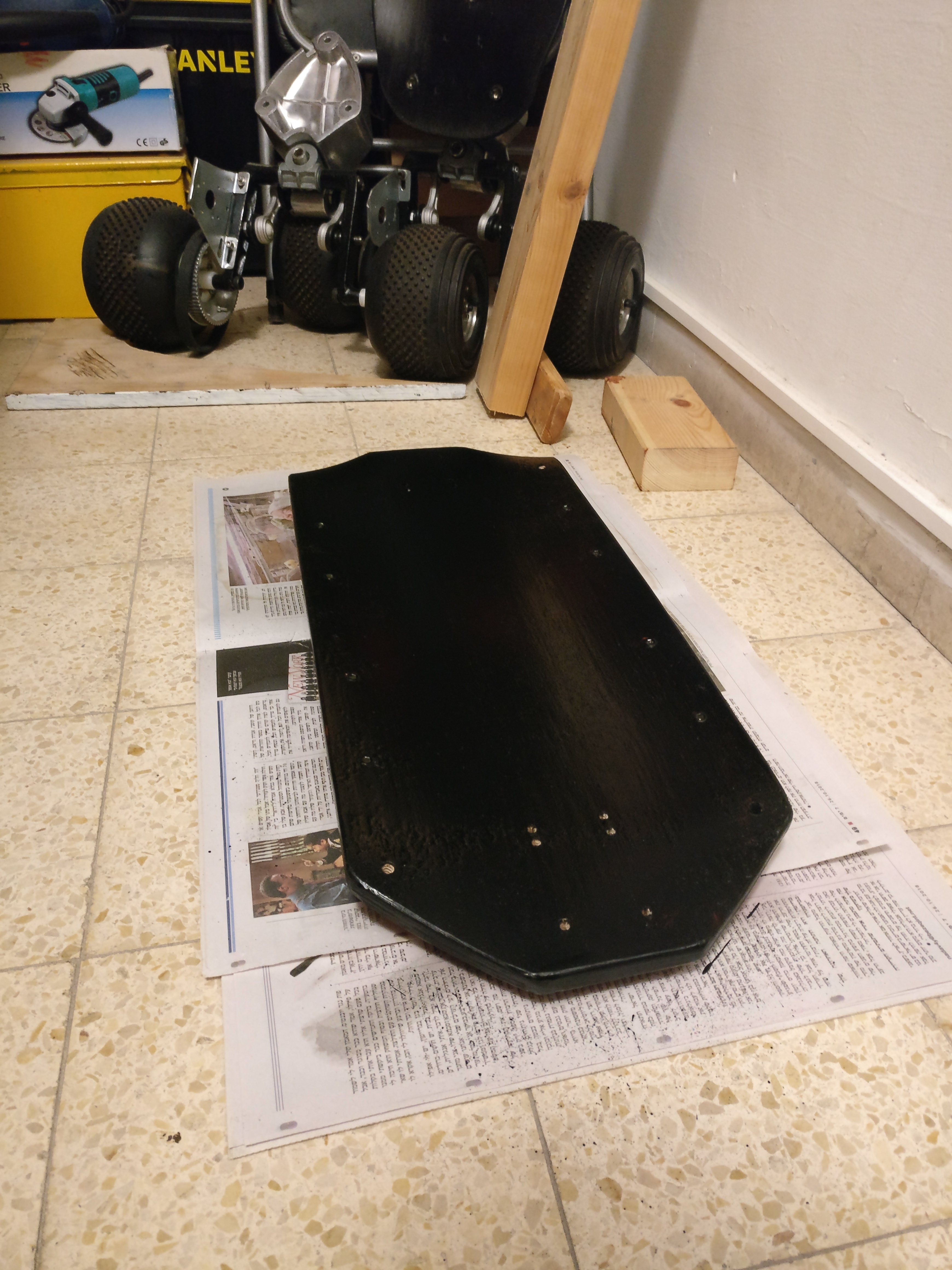 The 29" jetspud I had planned on using was too long and made for a total wheelbase length of 44". This would defeat the purpose of the trucks, making tight turns and carving difficult. So I used a drop down deck I had from my earlier build and cut the ends off, measured carefully and drilled new mounting holes using a 3d printed jig. As before I also added three larger holes for the M8 threaded inserts for the swing-trucks. The new wheelbase length is 34", much better for what I have in mind. 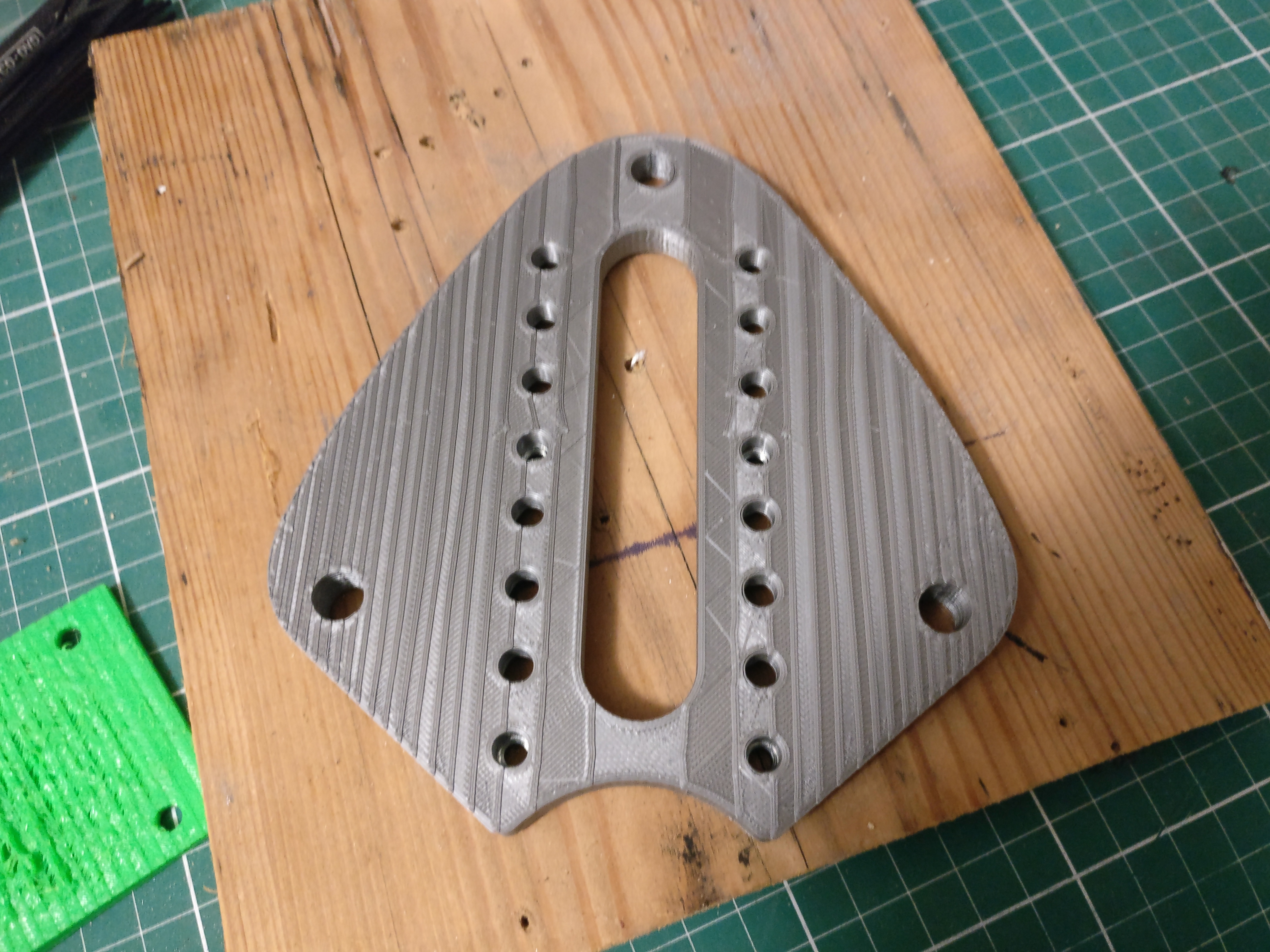 As I’d hoped, there’s plenty of space inside the body of the trucks for a vesc (wrapped in foam rubber and anti-vibration silicone pads). Since taking this apart every timeto change settings would be a pain I ran USB extensions outside along with the power and receiver lines. The yellow plate had holes drilled in it for the motor cables and also has a bit of concave so it’ll mount as stable as possible. 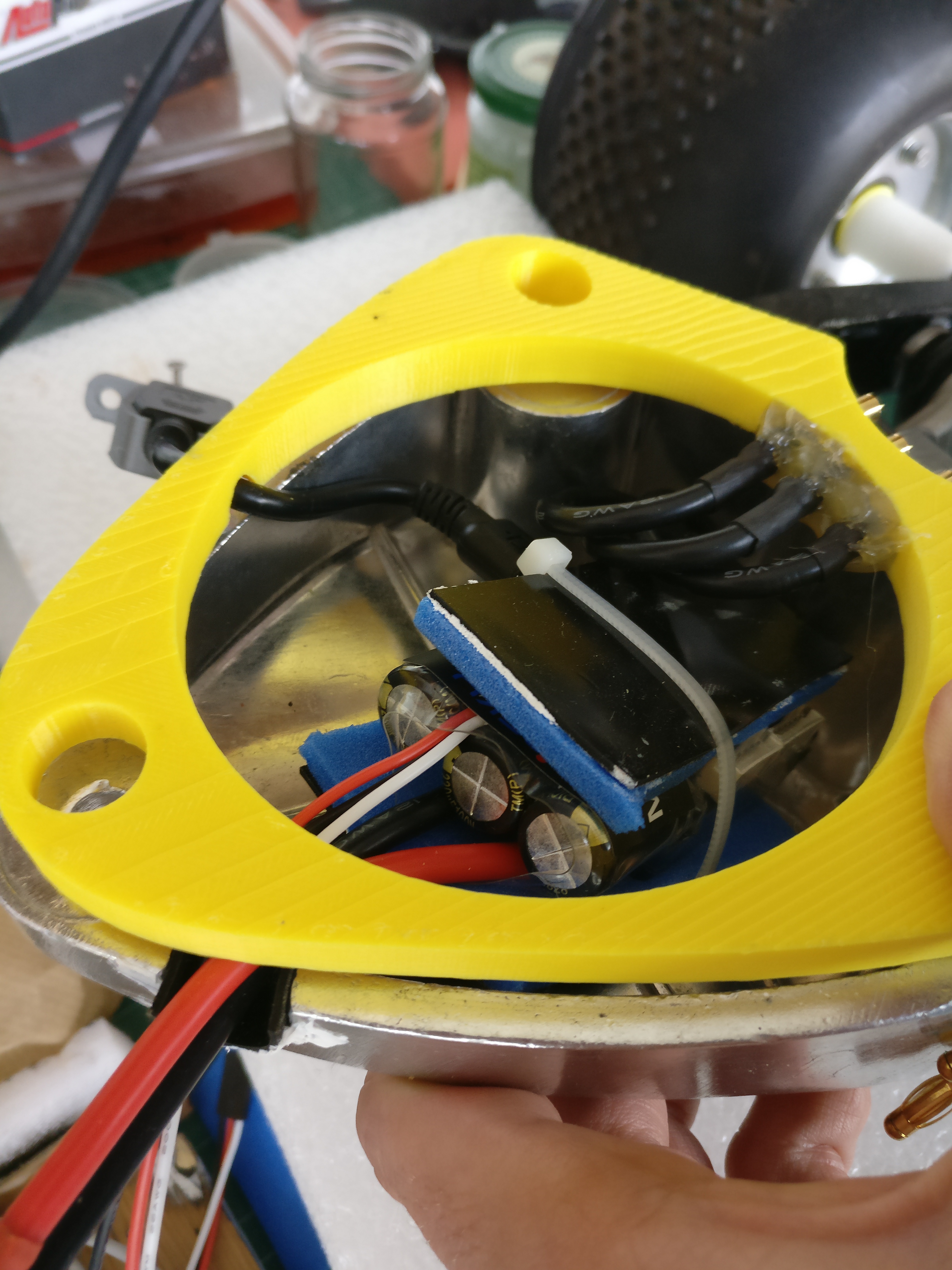 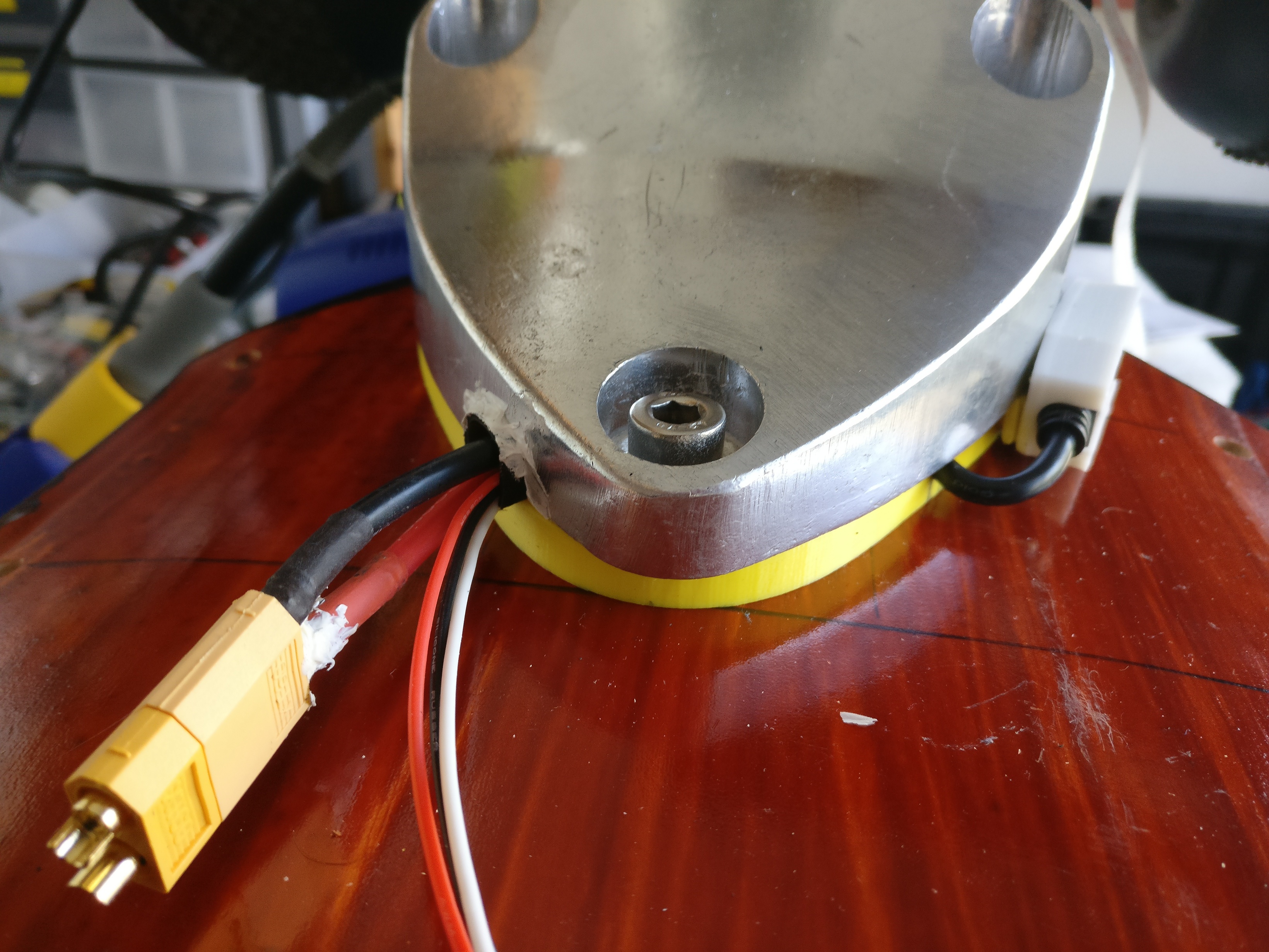 The housing for the DAVEga module is mounted. There’s enough space between it and the motor so they won’t crash into each other in a turn. 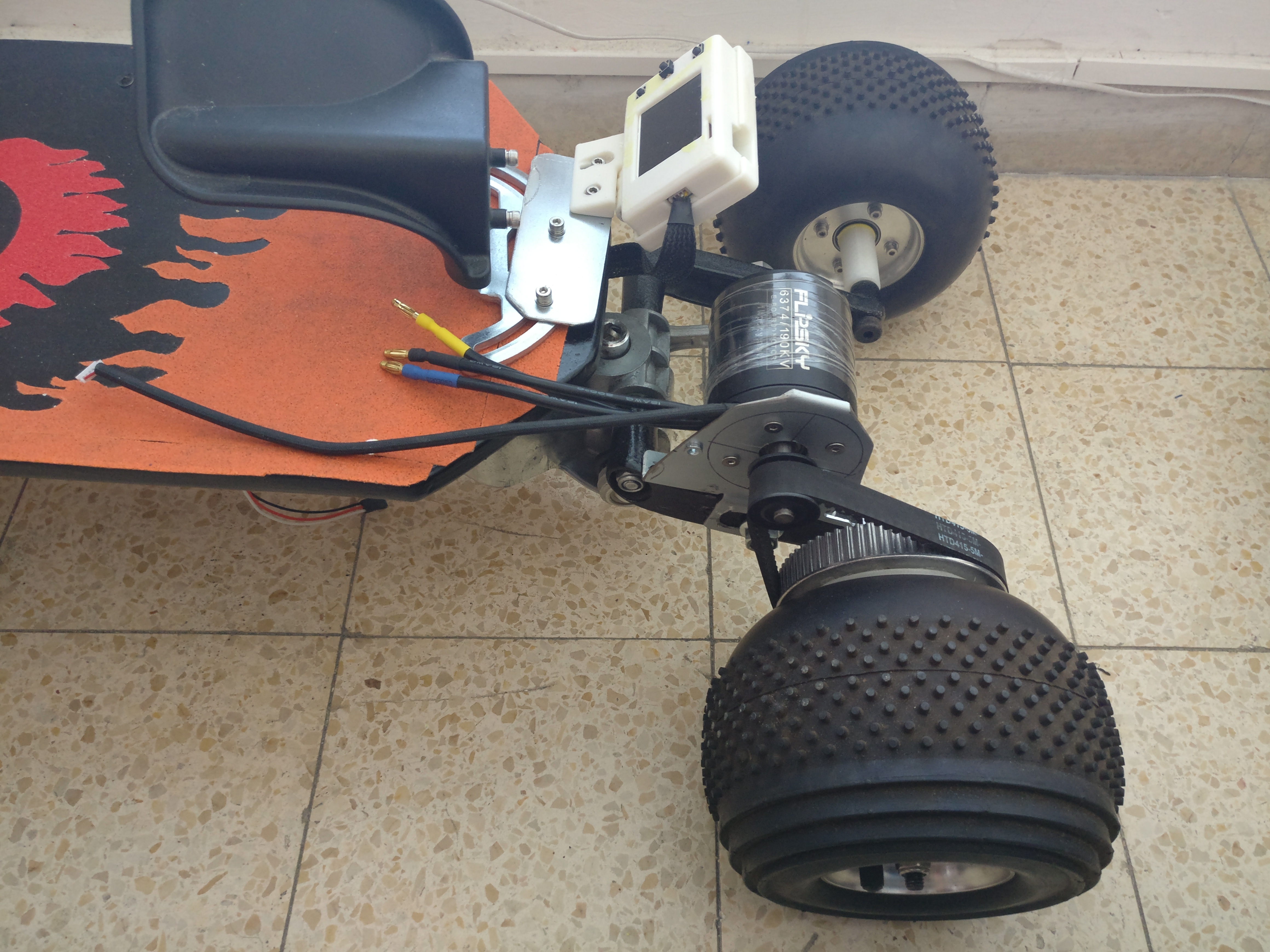 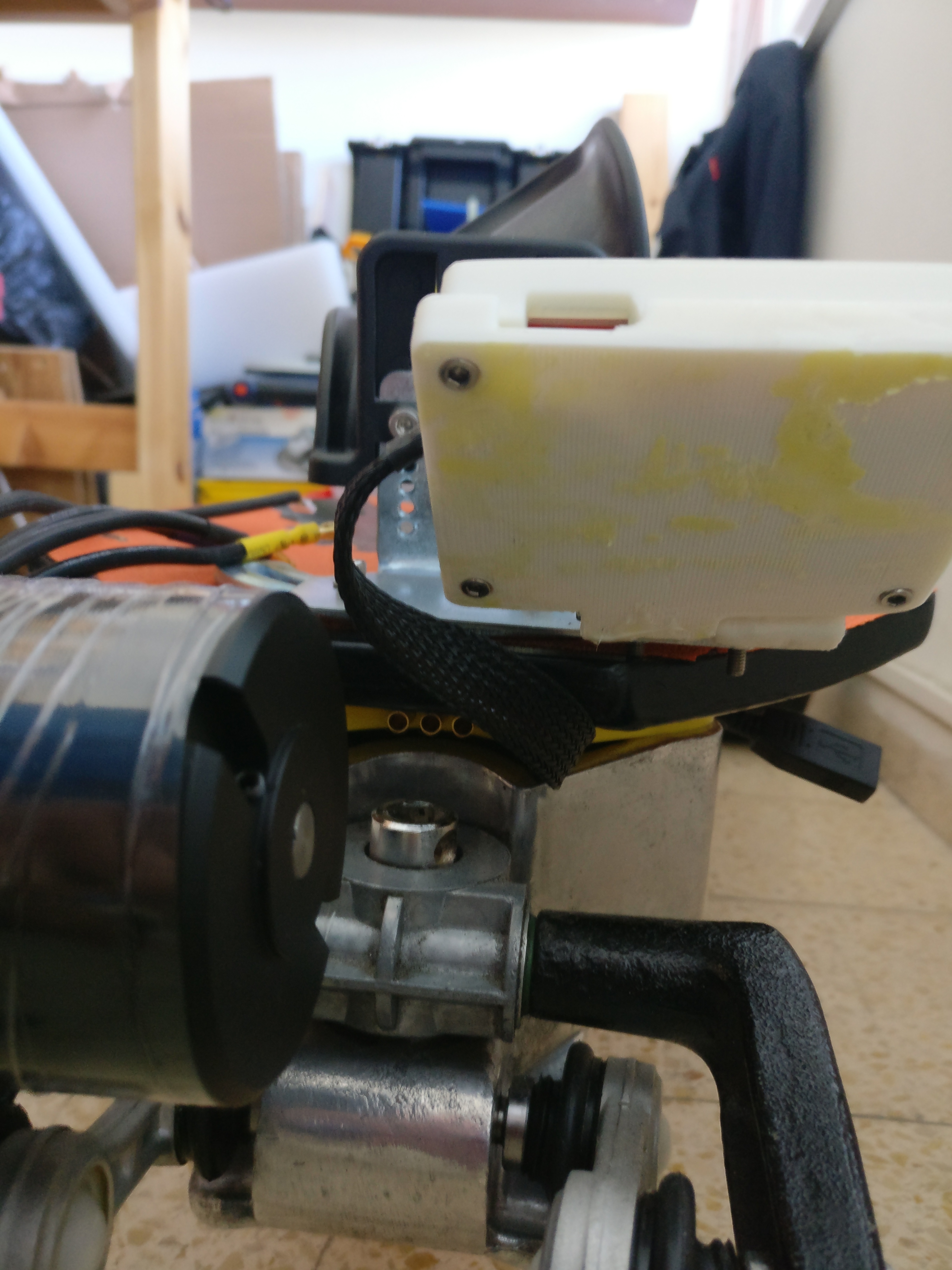 And here’s the enclosure nearly done! 10s4p battery and just enough space left over for a loopkey, charging port and receiver. 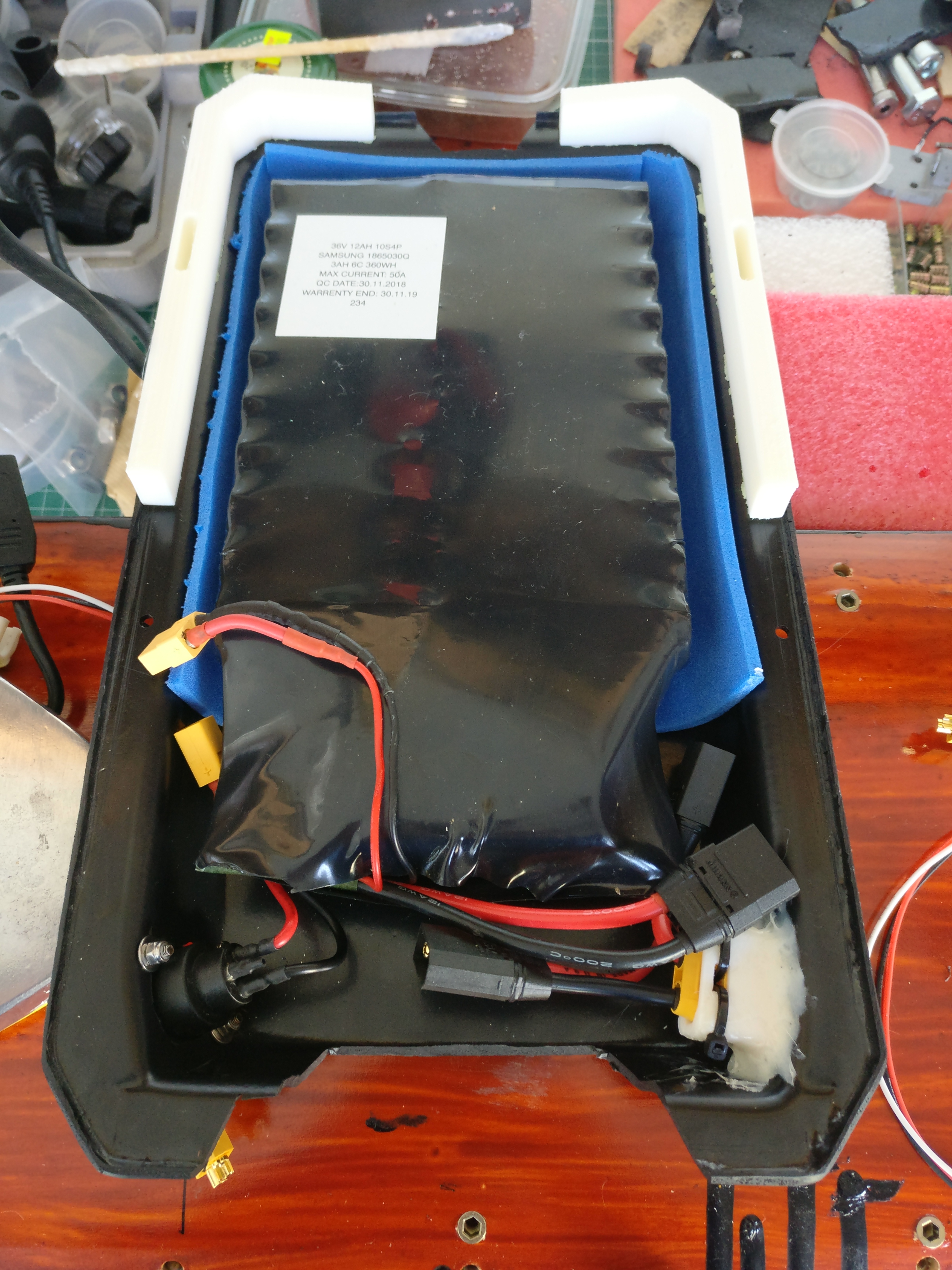 Hopefully this should be ready in another week or so. Maybe by then it’ll have dried up a bit outside and I can do a test ride. To be continued!

Glad to see that swing arms are back !!

@Eboostin since you asked here you go: It’s still ongoing, but very slowly due to various setbacks, chief among them having to find a new job which meant having to cut spending for a while. Thankfully I’m now working again and looking for something higher paying in the meantime.

As for esk8 related stuff, first I busted one of my vescs during the calibration: 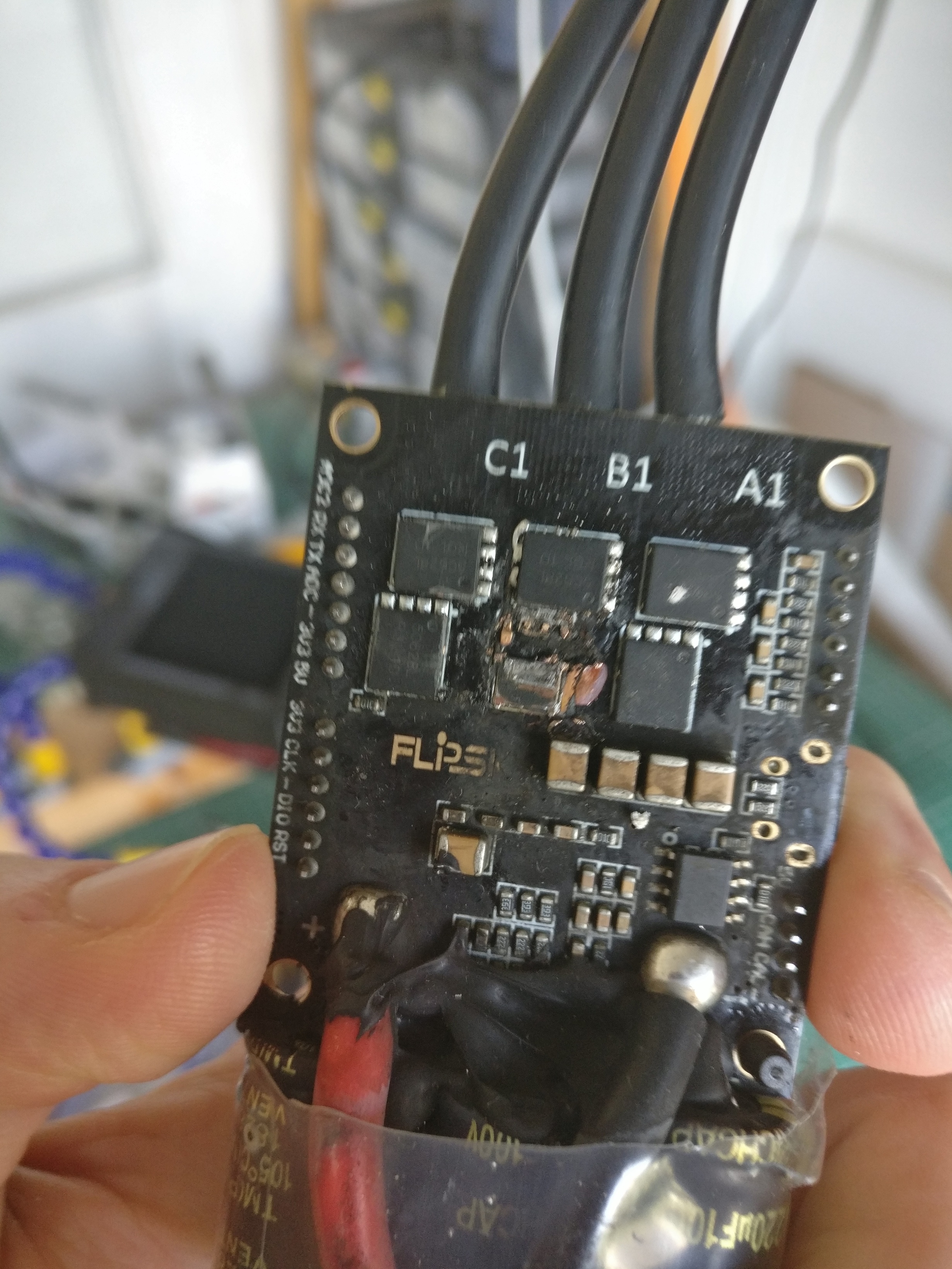 Once that was replaced I had everything set up properly and ready for a test run. About 10 meters into it I hear and feel something go crunch: 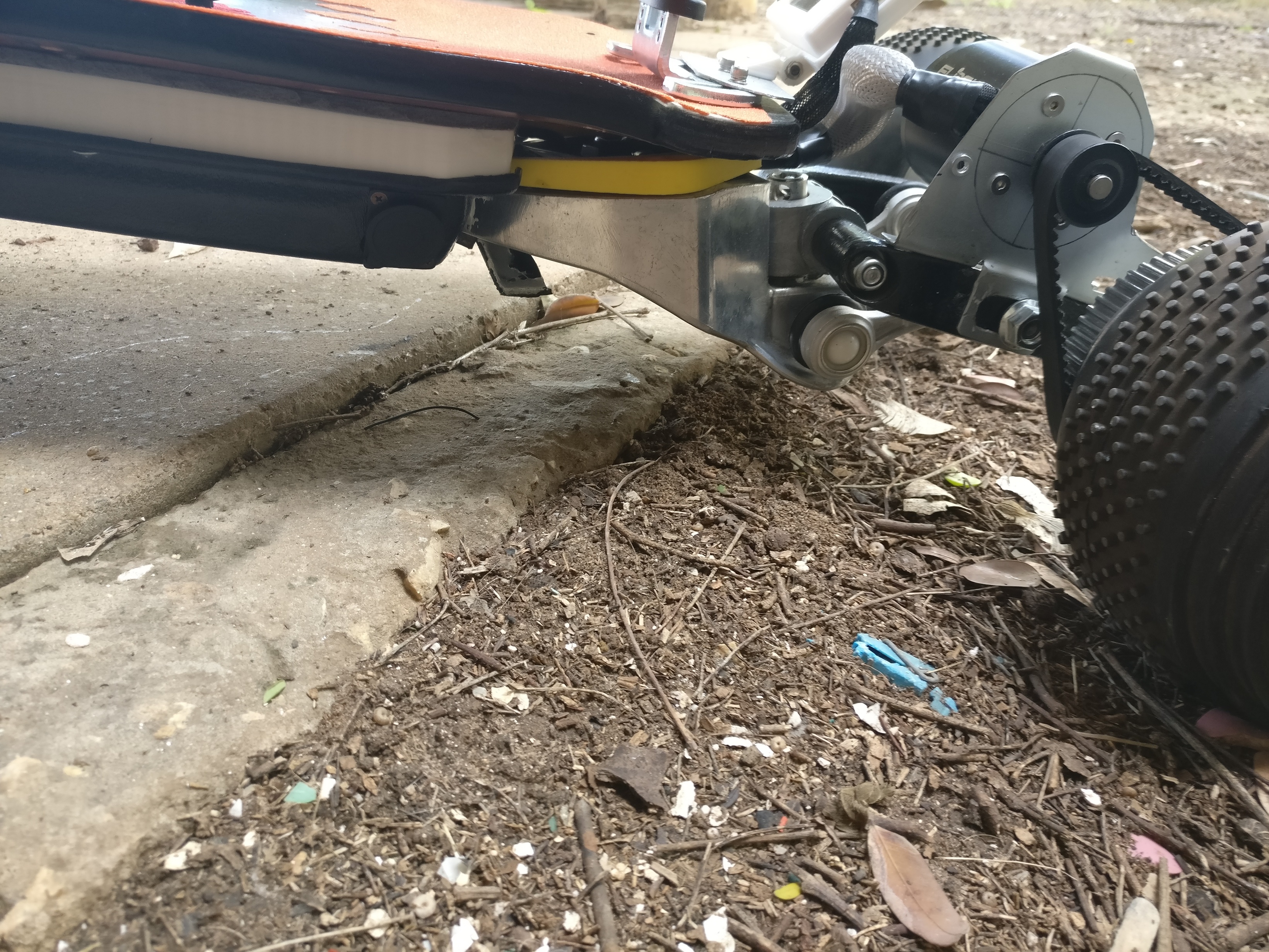 Yep, the bolts have pulled out of the inserts in the deck. 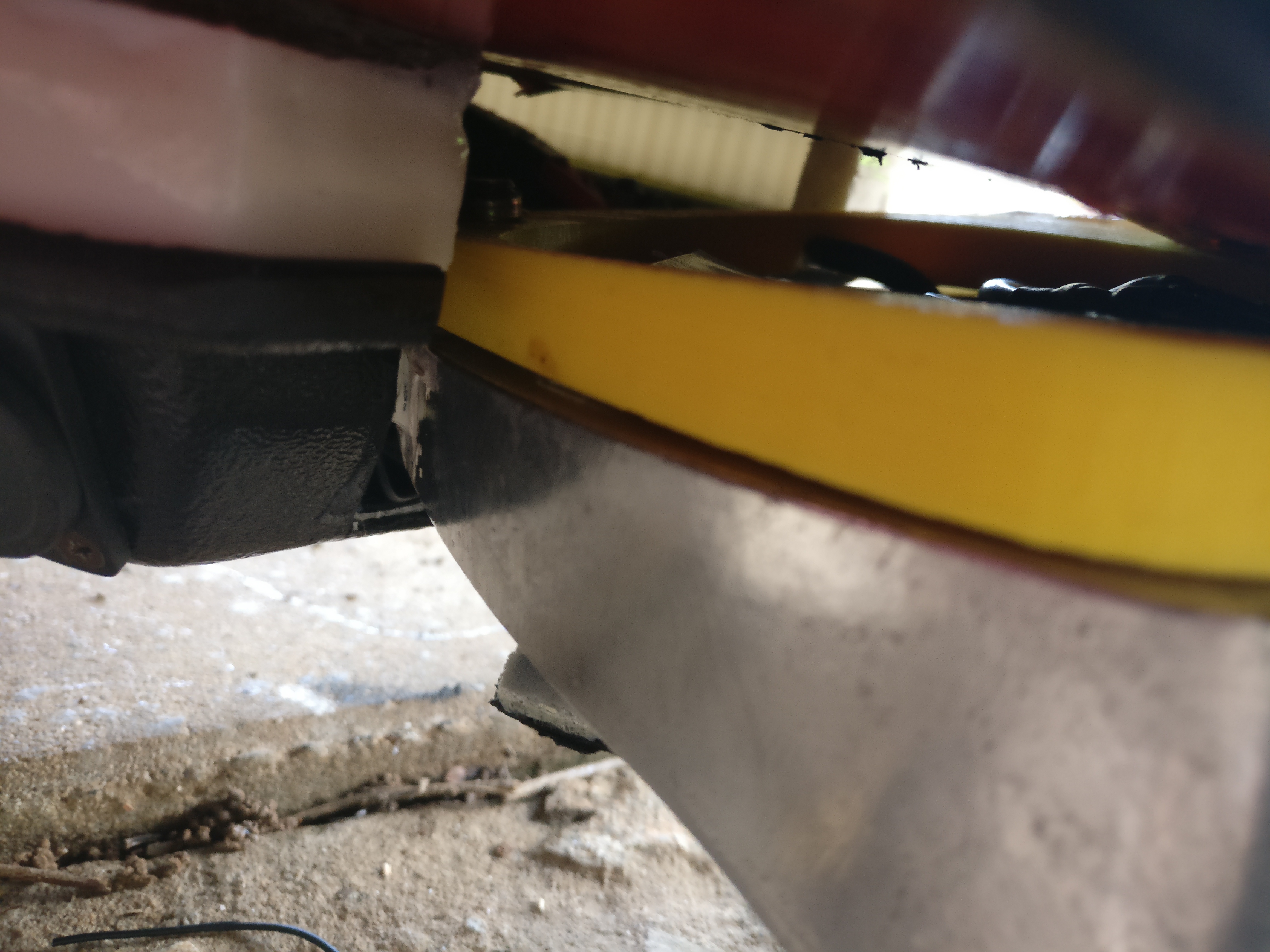 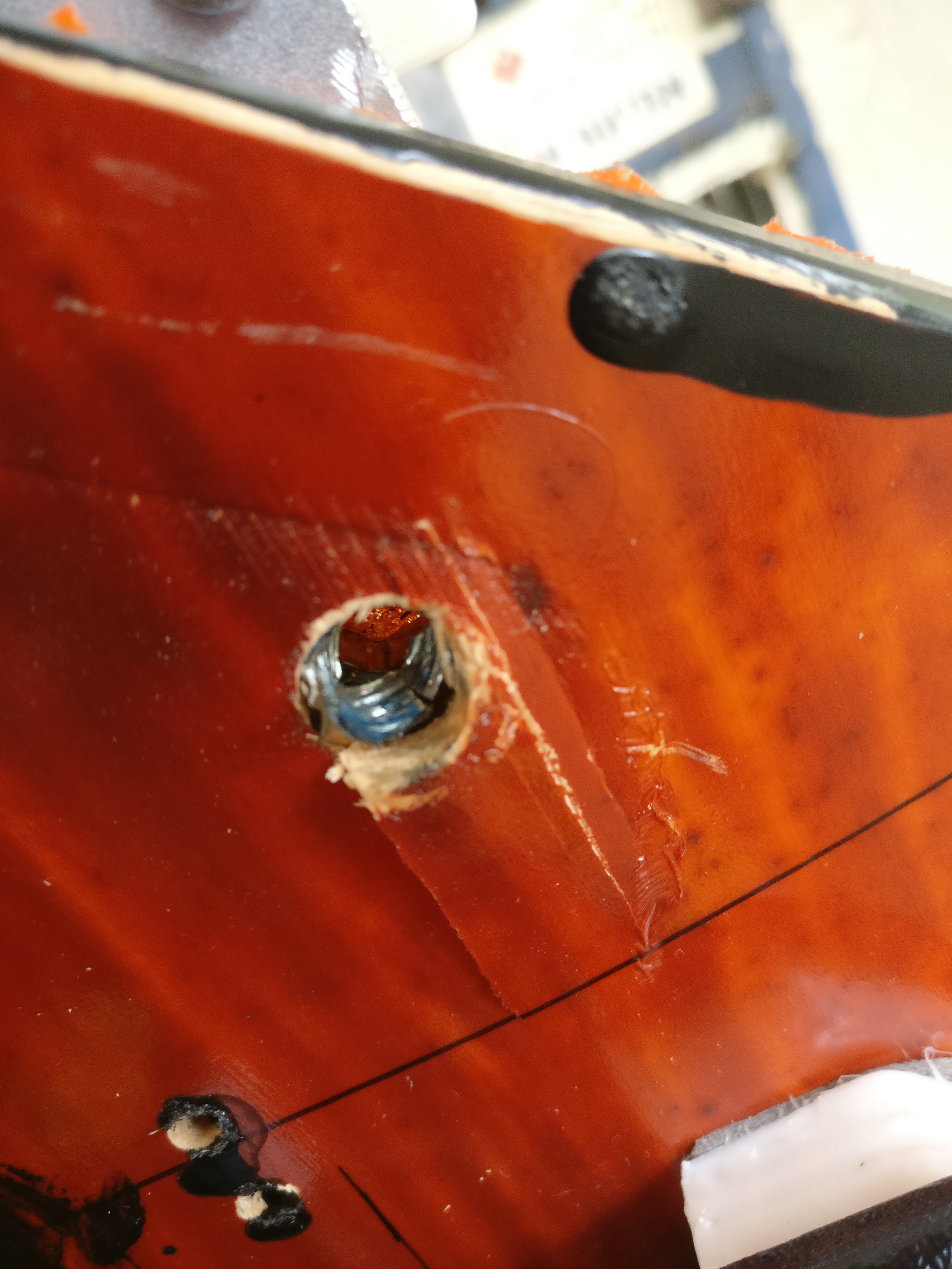 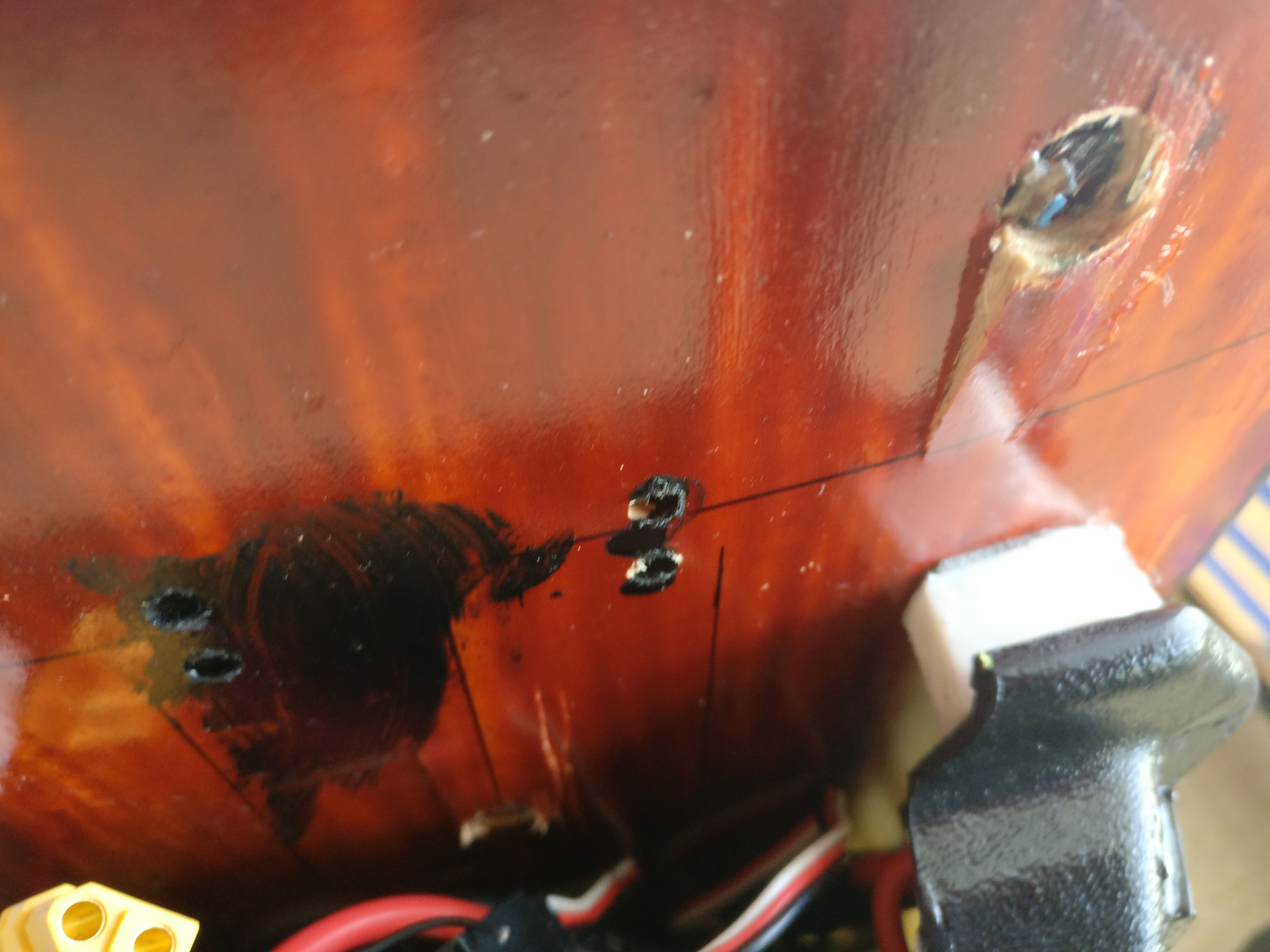 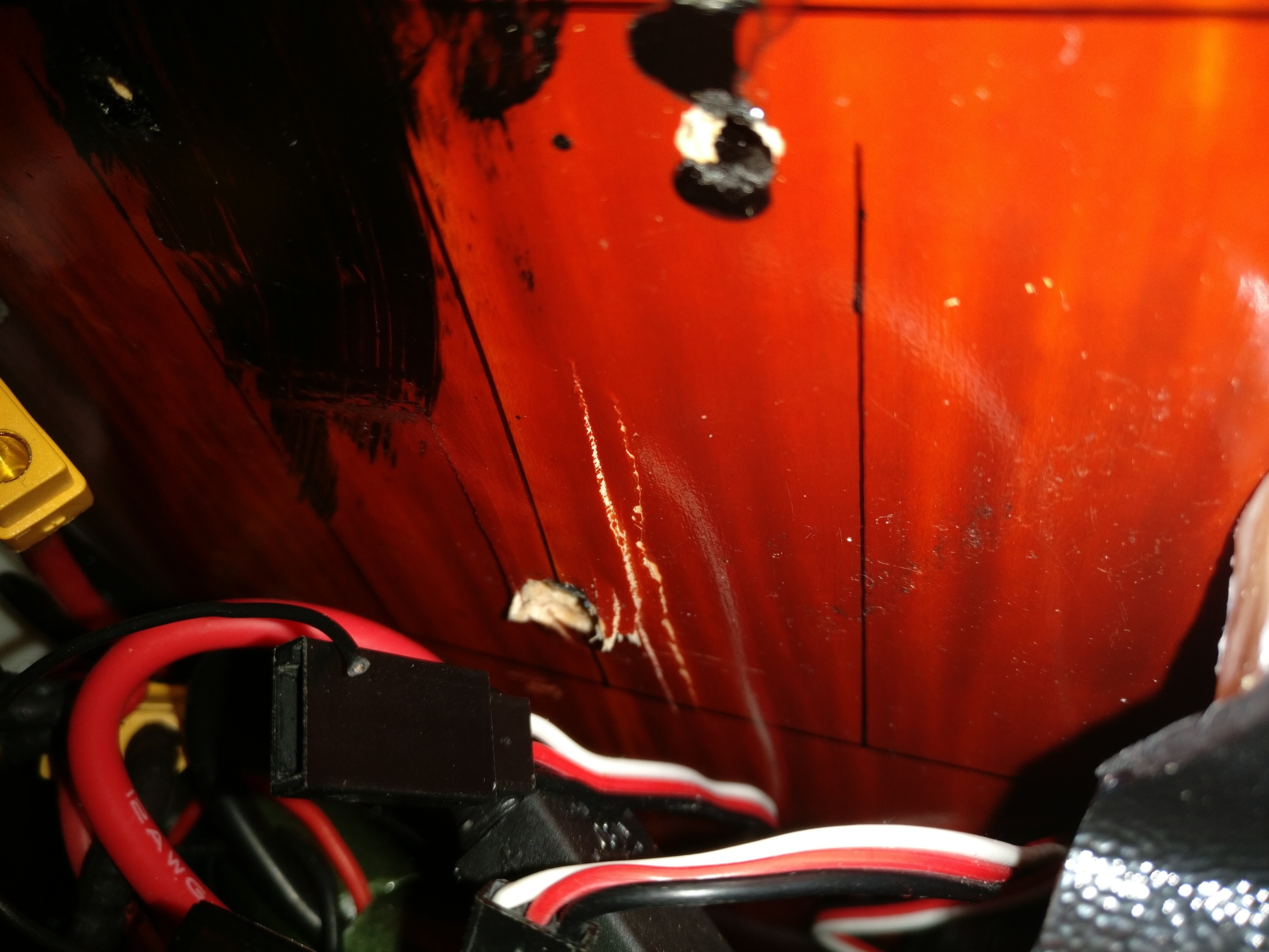 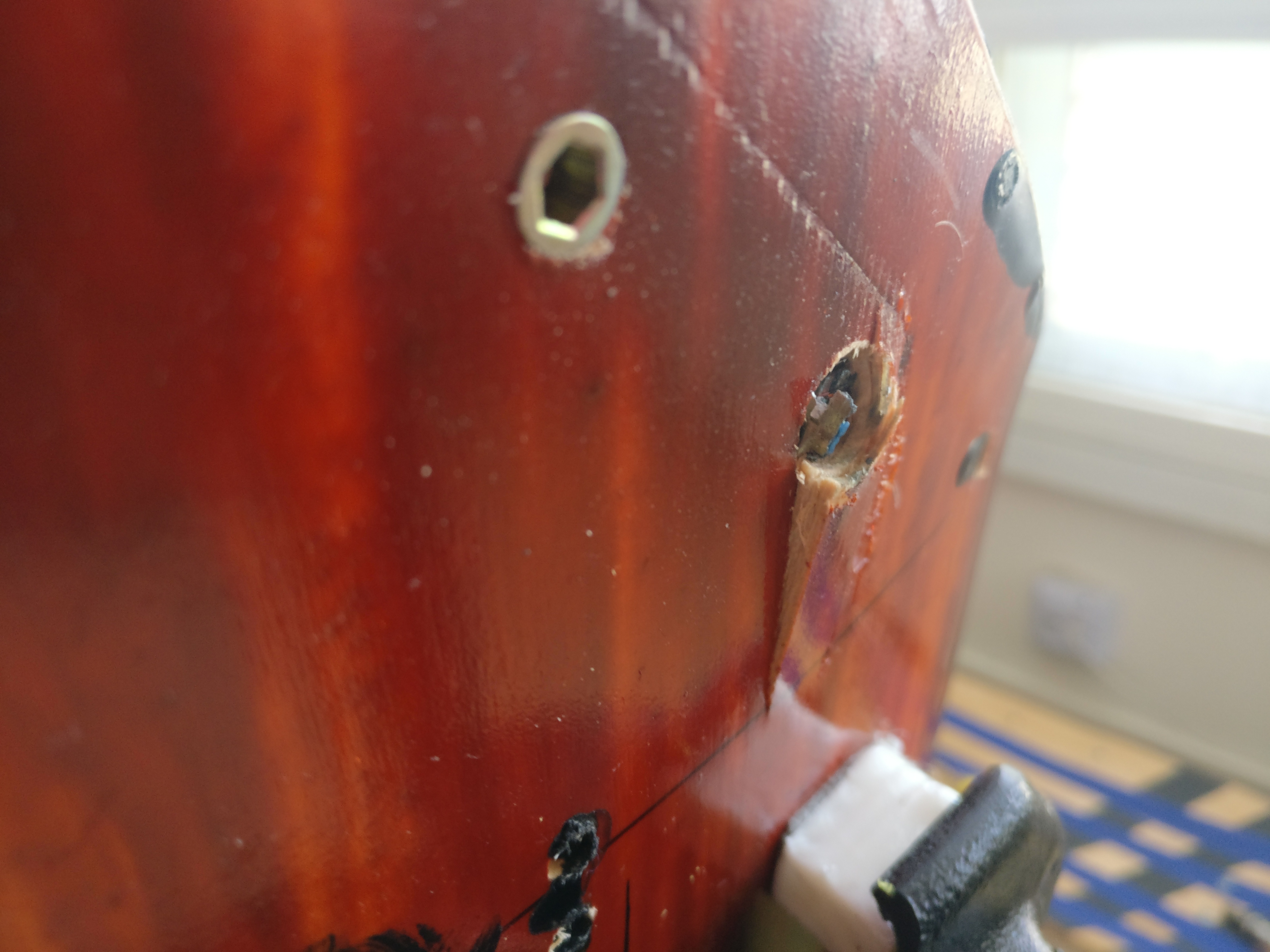 This was especially strange since I had jumped on it while stationary and it seemed fine so I’m not sure if it was vibration or something else. The most important thing is that I’m okay. It was very low speed but I was still wearing full armor just in case - exactly for these kinds of situations!

As for the deck, it was a good one but I guess not good enough to take the extra angled stress on it. I’m currently waiting for a custom deck to be made for me by Dasilva Boards according to the design I’ve sent them: 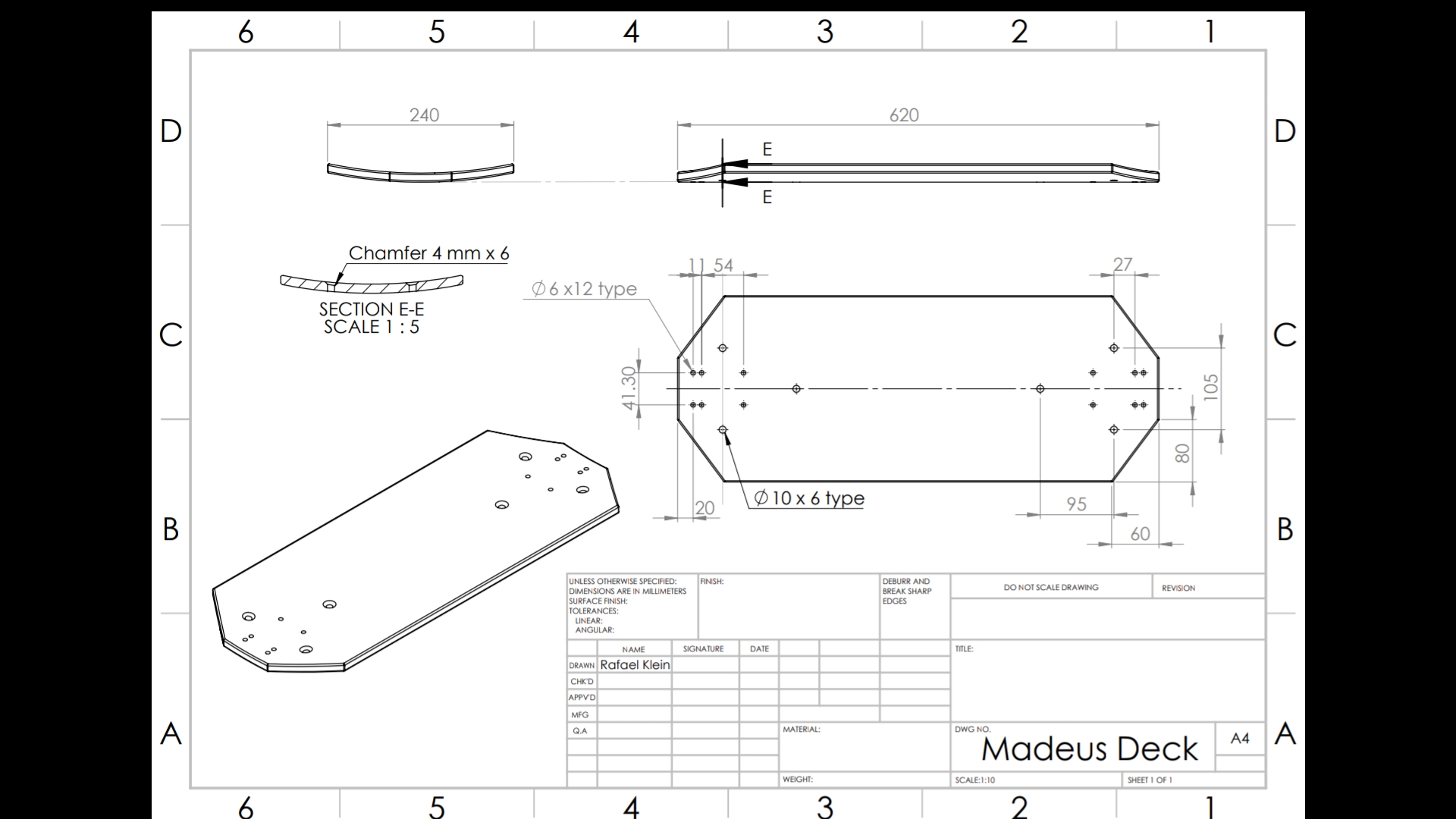 This one will be reinforced with CF on both top a bottom. I’m also going to use countersunk Allen bolts and nuts on the trucks to make sure they hold.

Don’t worry, this will get done eventually! I might as well ask now: if I design a better version of the trucks and mounts to be CNC’d would anyone be interested? 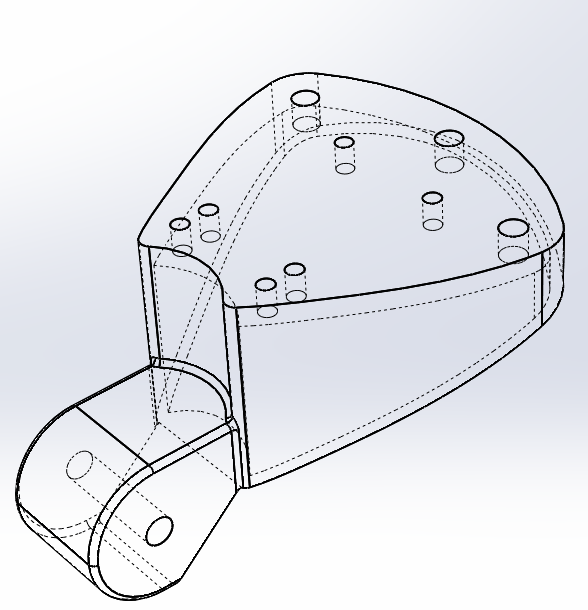 I don’t really get why you had inserts in the first place ? Why not mount the trucks with screws that goes all the way through the deck and some bolts, just like regular skateboards ?

I was thinking that they would be just as good as a regular nut, and I could avoid the bolts sticking so far out of the deck, since they’re M8 and the boltheads are larger. The deck was a little thin for my liking so I didn’t want to use countersunks and possibly weaken the deck even more. What you’re suggesting is exactly what I’m going to do now with the new deck, either with flat-head or countersunk bolts.

Glad to see it’s coming along! Bummer to see the deck crack, but definitely agree with through mounting the bolts. The CNC trucks would be cool but probably a limited amount of ppl interested

Maybe you could add a plate on top to even the load on a bigger surface, and avoiding countersinks

That’s another possibility, but will also make the deck more uneven. If I make them big enough I might be able to put grip tape on them instead of the deck but I don’t know for sure yet.

Hows this coming along? Curious to know more

Thread dredge - update on this build?