So after the new regulations in my country I have been looking at prebuilts with integrated decks or even building one myself to avoid the police. Teamgee also recently released a H5 so I got in touch with them to review and test it and here’s my results.

First off, some pictures https://imgur.com/gallery/yQL546j

The H5 came in a box within a box, pretty standard, with thick foam pads to prevent any damage to the board during transit. It came with all the standard accessories like t tool, charger, remote, back light, and a tool to remove the screws that hold the outwheels on the hub motor.

Anyway, here’s my first impressions of the H5.

The whole board feels solidly put together, nothing rattles, wires are cleanly hidden

from the metal plate to the motors, and the finish on the deck is pretty sweet. I weighed it in at 5.1 kilos (feels slightly heavier） , not sure what the weight is supposed to be.

First thing you notice about the deck is how thin it is, I expected it to be much thicker with a battery inside, but comparing it to my raptor 2 deck, they’re about he same thickness. There’s also a layer of film on the bottom of the deck which I Guess provides some protection against scratches and bumps, but what I like is it makes the colors look quite smokey

and that’s dope. I’d say this is the board for those who have strict laws about eskating where they live or just like the minimal design. I’ve tried the exway that has an integrated deck too and I thought it was crazy good but was never a fan of the deck design.

The trucks at first glance seem a little different from what normally comes with meepo which are Paris style and wowgo/ownboard which comes with shitty style. The H5’s trucks have a caliber style bushing seat 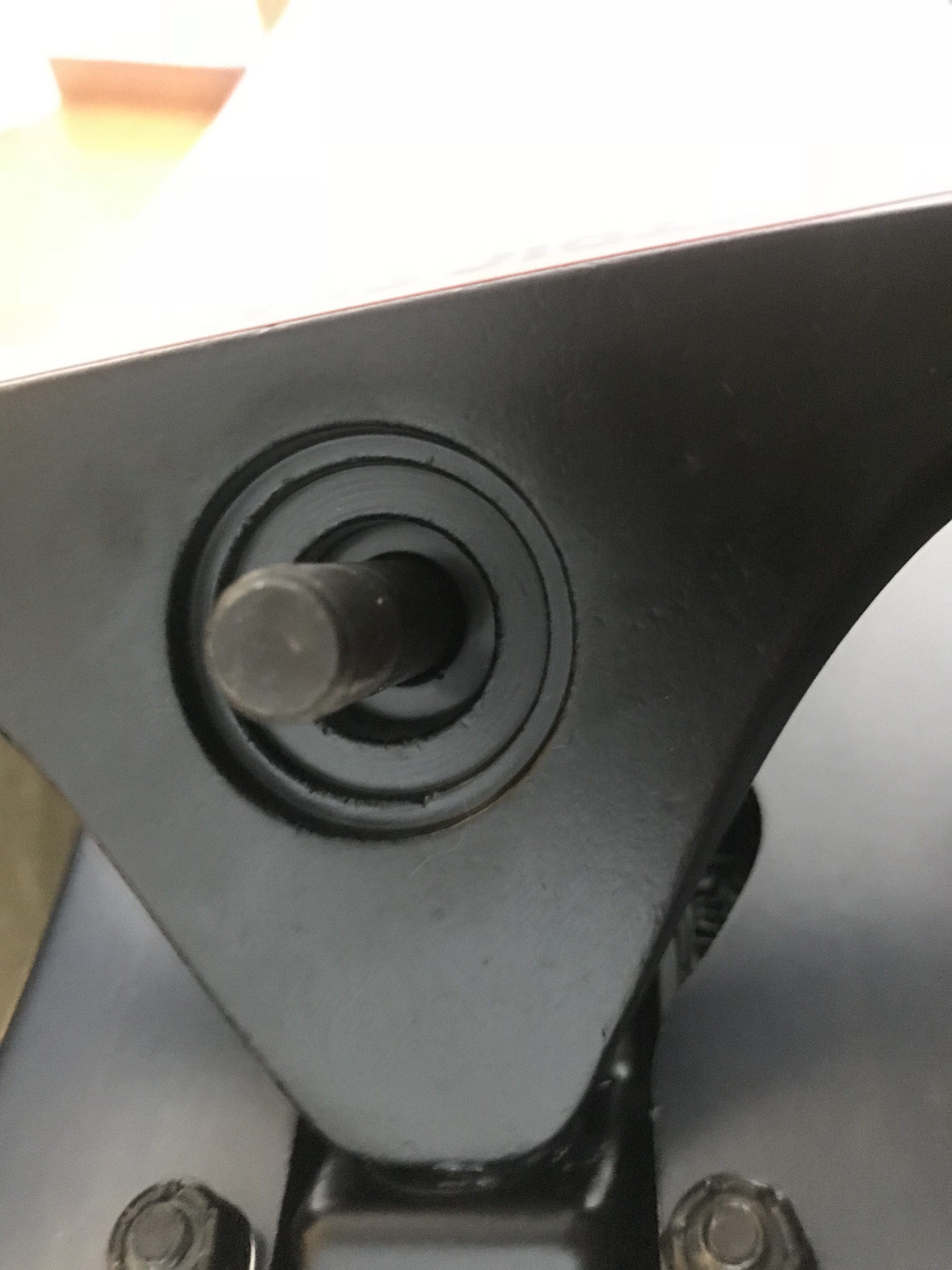 which is great for stability, and lets me use blood orange’s insert bushings which I am a fan of. The pivot cup in these trucks are too big for the hanger though, that causes unwanted movement in the trucks and makes it a little twitchy while cruising. I contacted teamgee and told them about this problem and they told me they’ll get the truck factory to update the pivot cups. I’d say you wouldn’t have to change out your front trucks with this board since it’s pretty good already other than the pivot cup which will probably get fixed.

The wheels are 90mm ???a and honestly they do the job although I would buy 2 90mm popocas and slap them on for added comfort. They feel slightly softer in my hand compared to the ownboard 90mms I have, and after riding them for a bit I’d say they’re fine unless your streets really suck.

The hub motors have a surprising amount of thane on it, compared to the raptor 2 outwheels which have about 10mm on each side.

It’s also quite simple to change the urethane sleeves, just remove some screws and it’ll slide out. My raptor 2 ones require a huge flywheel remover because it’s held on by friction even after removing the screws while the h5 has slots that prevent it from moving around. Replacement ones are also pretty cheap if I recall correctly.

Teamgee’s remote to me looks like a cross between a tv remote and a mouse, which I don’t like but it comes with a nice little display that shows different stats like speed, battery life, connection, odometer, and some other stuff that’s mentioned in the manual. There’s a little led light on the front but I don’t think it’s useful for anything other than looking for keys in your bag or inspecting your board at night. There’s a double click on the scroll wheel for cruise control which is pretty cool and it’ll disengage when brake is applied. The scroll wheel has very little throw which I don’t like, but luckily the acceleration on this is pretty smooth so I’d give it a pass. Overall I don’t really like this remote but I think it’s pretty unique, and something new.

Overall I’d say I’m impressed with this thing, and after riding it for awhile after dinner I still am.

First ride uncovered some surprises, mainly that for such a thin battery, it’s still pretty powerful. Got up to 33kmph, or 21mph. Compared to my ownboard with a 30q pack the H5 packs more punch with the trade off of a little less precise control.

Another thing I discovered after riding the h5 is that it gets wheelbite pretty easily. I contacted teamgee about this and they told me they’ll be moving the truck mounting points further up to solve the problem but it sucks for me right now. I swapped out the bushings for some harder double barrels and cupped washers and it almost solved the problem, although it’s a pretty crappy solution

My favorite thing about this board so far after my first ride is the deck, when I first opened the box I thought it was pretty narrow and won’t feel that great on my size 43 feet, but after having a crack at riding this thing,I have to say it’s really good. It has a mild concave that’s suitable for cruising and commuting since it doesn’t tire your feet too much, and the drop through mounting makes it Low to the ground which adds stability and makes it easy to kick push when needed. It has some mild flex, nothing crazy like boosted but I Guess as Long as it absorbs some bumps and gets the job done it’s good. I personally like Super stiff decks but the h5 still feels pretty good in terms of its flex for me.

Overall I’d say from the first day with it this board that it’s a pretty sweet board, great design, perfect for those who want to stay inconspicuous and for the 499 price tag I think it’s worth it for now but I will have to ride it more to be sure.

It’s great to see some competition to Meepo and wowgo at this price point with some new stuff.

I’ll probably post a full review after I’ve ridden this thing for a bit so stay tuned for that.

here is the link for the product: https://teamgee.com/collections/skateboard/products/teemgee-h5-37-electric-skateboard-with-drop-through-deck $499 shipped.

And i found out they are selling on Amazon with Prime shipping. looks good.