The Difference Between Motors Commutation BLDC vs (FOC Trapeziodal / Sinosuidal)

I know alot of members are still confused the real difference between FOC and BLDC mode within their VESC or any other ESC that performs such commutation. What are known to most are FOC mode is much more quite than BLDC mode which is true. I am personally not an electrician, just normal person like all of you and I am going to tell you by diagram below the differences. 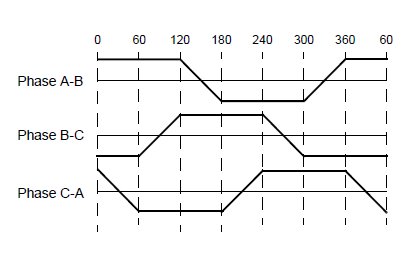 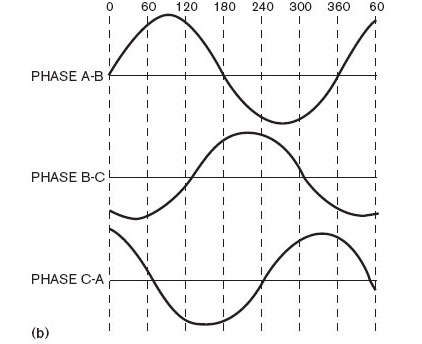 So what these people are calling their commutations are based on the diagram of the motor current output. BLDC is simply fast switching phases On and OFF, while trapezoidal and sinusoidal has no switching but modulating the phases.

Since there is no high current fast switching within FOC mode, there is simply no high pitch sound you usually hear from BLDC commutation.

Logically since FOC is modulating the phases, it maximizes the torque output at any point due to that the ABC phase are always charged and each of them are using only as much as what do they require for each rotor position within the motor.

Logically since sinusoidal control are creating smooth wave form instead of spikes like BLDC and Trapezoidal, the peak point of each amplitude is less than BLDC mode and or trapezoidal mode. Therefore it has slightly less top speed.

Within FOC Sinusoidal commutation when each ABC phases are electrically being given what exactly they need on what ever rotor position / stator position they have, it does make sense that they run more efficient.

In general this is what I understand as a beginner. I might be wrong on certain things, but the general explanation in performance factors and diagrams are surely why they are named after each other. I hope others / members could grasp the idea.

A some, will link this in the VESC guide I wrote

Except one thing is bugging me. How does the mosfet do anything other than ON and OFF? I think what’s happening here is the mosfet is simply adjusting its switch timing according the curve instead of a more linear fashion. Does that seem right?

I have a tendancy to think literally so i get hung up on stuff like this.

Yea, pretty much. BLDC is simply switching on and off (classic 6-step commutation), in FOC the Mosfets are also switching on and off but the algorithm behind is different. So in FOC the voltage vector must reach all positions (changing angle and length of the vector) to enable the FOC benefits, while BLDC has only 8 positions on a fixed length (each Mosfet can be on/off, so there are two states and we have 3 halfbridges so total possibilities are 2^3=8 --> 6 useable and 2 where all 3 motor windings are shorted to + or -).

In the gif below you see how two vectors U1 and U2 create a new, desired vector Ua, by powering 2 windings half of a period each, because of that 50/50 ratio, the new vector has its angle exactly in the middle of the two “parent” vectors. The principle is similar to PWM but with angles instead of voltages.

So now the angle can be adjusted but the length of the vector still needs to be modified aswell. I wrote that there are 8 switching possibilities of the Mosfets, on two of them the motor windings are shorted, so there is no voltage drop on the windings. The other 6 switching possibilities can now be held in a ratio with the ones that provide 0 voltage (PWM principle again) and by varying this ratio of voltage/ non voltage the length of the vector can be adjusted.

So in BLDC the vector rather jumps in 45° degree steps (360 divided through 8 switch states) and FOC allows the vector to move around the origin-point in a nearly stepless circle. Of course the math behind is much more complex than in BLDC.

My diploma thesis was about that stuff. You can read all this on wikipedia, I just tried to shorten it and to explain it in a more practical way.

Could that contribute to why FOC blows up standard VESCs like nobodies business? Since it now switches at a much higher frequency (by my undersatnding) than bldc?

Thanks! By comparison, what’s the average switching frequency of BLDC 1KHz~?

The ideal switching frequency for each motor can be calculated with a formula dependent on L/R. Usually (at least what I always did) was selecting it as high as possible to reduce noise in the audible frequency range, so usually between 14 and 20 kHz but he BLDC drivers limit you anyway…

more about noise reduction i get alottt of chatter, feel like im riding on a westell 56k modem… i assume just experiment with 14 to 20, is it bad to operate 20khz constantly

is it bad to operate 20khz constantly

If the bldc pre driver is designed and rated for 20 kHz and if there is a proper external wiring (short traces and stuff), I don’t see why it should be bad.

bldc mode fails for me when you gun it, but in FOC if try to force torque at any particular moment the motor will just screetch if the load is too great. having just switched back to BLDC and ate it really bad (motor full hault), I dont feel as safe as in FOC, where I can build up speed safely with a feeling that there is better motor control to avoid stressing(there is an audible noise under load) and can better avoid this and abrupt vesc shutdown.

This page is one of the first results that pops up on Google when searching the difference between FOC and sinusoidal but I think, while well intentioned, there’s some issues that warrant clarification.

Allow me to make a more organized comparison: There are 3 primary methods of BLDC motor control:

Now as for “commutation” vs “PWM”, there’s some misunderstandings here. Almost every motor controller will use PWM. PWM just means, if you have a 10V battery but you need 5V, the way you do it is by turning the MOSFET on half the time and off half the time and switch on/off really really fast… On average, you get 5V. Trapezoidal control uses PWM so that you don’t have to go full throttle all the time. Sinusoidal and FOC use PWM to generate their roughly sinusoidal voltage waveforms which in turn generate roughly sinusoidal current waveforms. The difference between trapezoidal commutation and the other two is that trapezoidal commutation only changes voltages every 60° whereas sinusoidal and FOC is changing voltages continuously, but they all use PWM to generate voltages smaller than the battery voltage.

Finally, the last thing which wasn’t discussed in laurnts post but which I think is maybe what he was getting at calling trapezoidal FOC is the types of sensors you can use to apply these control schemes. There’s 4 main ways to sense rotor position:

Any 4 of these sensor methods can be used with trapezoidal, sinusoidal, or FOC!!! Though if using 1 or 2 for sinusoidal/FOC, you need to do some coding/math to extrapolate the rotor position in between the 60° resolutions.

In addition to rotor angle sensing, sinusoidal and FOC also require phase current sensors. These are usually pretty straightforward and inexpensive to include on a motor controller.

Regarding practical implementation considerations, FOC will always be superior if it has perfect PWM and perfect angle estimation, but PWM in the real world causes losses/noise and angle estimation is heavily dependent on the sensor you’re using. If you don’t have any sensors (sensorless) or use hall sensors, FOC will probably be pretty bad at low speeds because extrapolating position at low speeds from the 60° resolution of these methods is pretty hard. Stick with trapezoidal at low speeds if you have hall sensors. If you’re running sensorless, you need to run in “open loop” at low speeds but I’m pretty sure benjamin has already handled the hard work for you if you just use “sensorless” in the BLDC tab (I’m skeptical of sensorless and hall FOC at low speeds, I don’t use FOC unless I have an encoder). If you’re using an encoder, FOC should be superior at any speed unless the motor control hasn’t been coded optimally (but the VESC firmware is coded very well).

edit: by the way, in terms of my qualifications, I’m about to finish my undergrad as an ECE major and I handle the electronics for the Duke Electric Vehicles team so I work with BLDC motors extensively. Feel free to reach out to us on our website, Facebook, or email ([email protected]).

I hope I was able to set the record straight on some of these terminologies and help people figure out the differences between the different control schemes.

Such a great explanation! At the time I was writing this, it was nothing much in the science behind it. It was simply me trying to explain why BLDC is louder than FOC mode. There were tons of member asking the difference between BLDC and FOC mode (that also because at that time VESC aren’t that reliable on FOC mode).