Finally I am posting my build thread for my colt90 MBS. I am using the following components:

here are some pictures of the build, it still needs some minor parts (slow orders from aliexpress) so haven’t tested it yet. 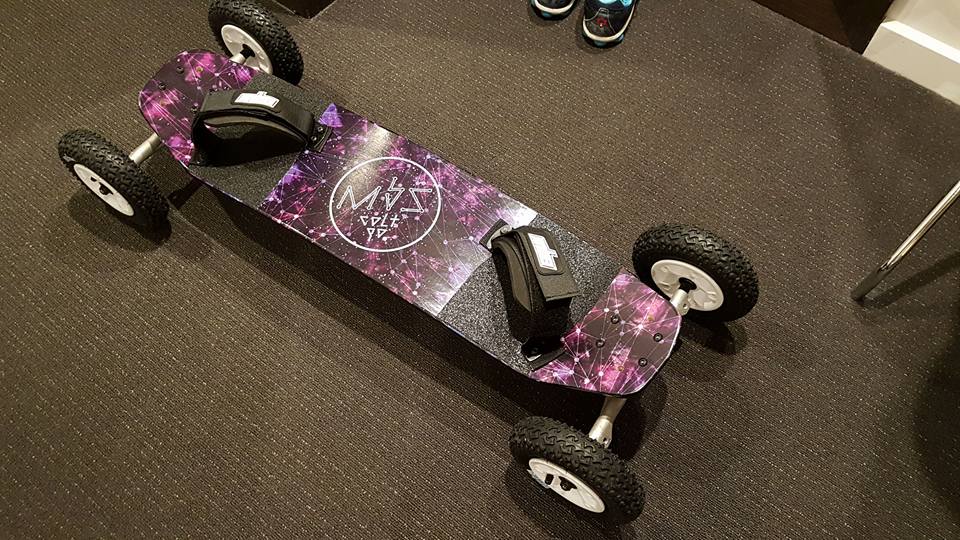 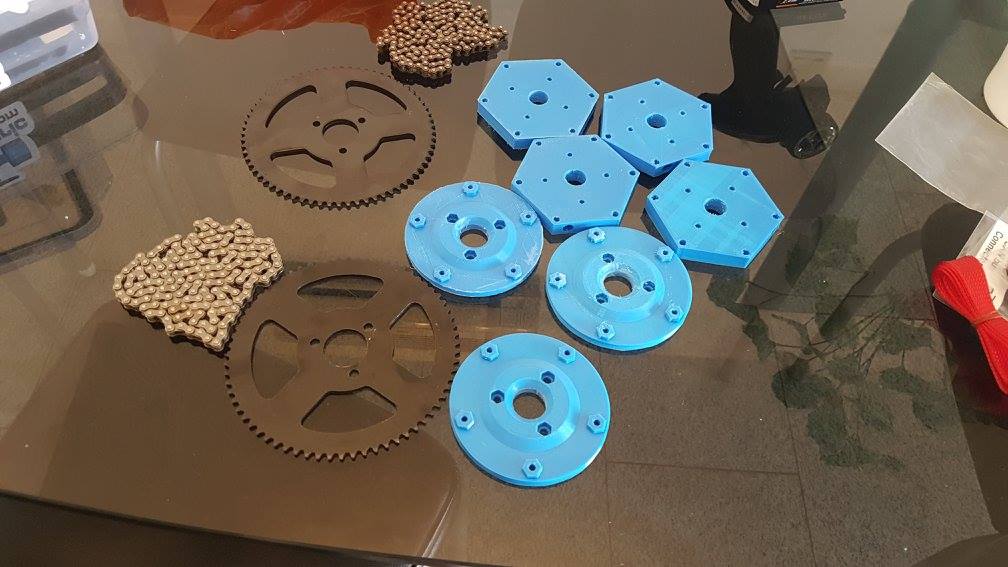 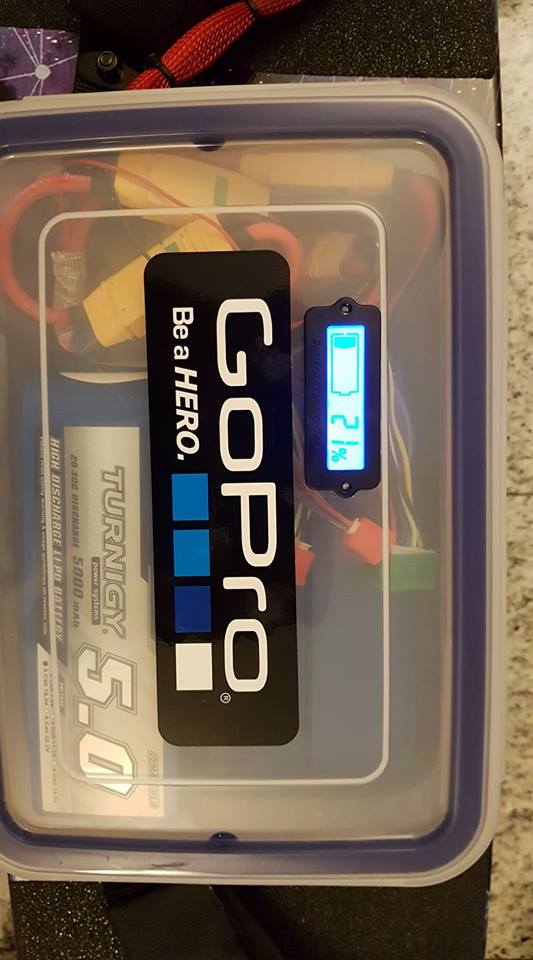 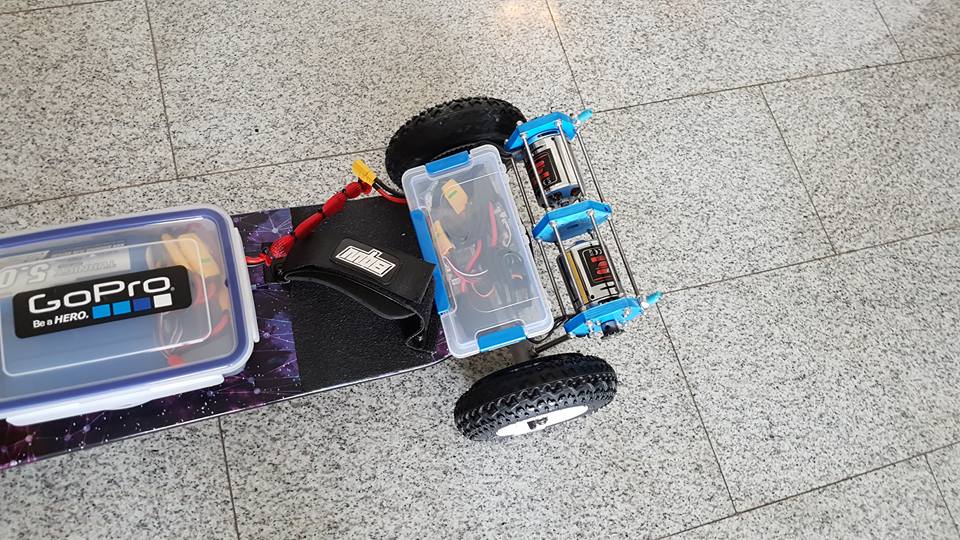 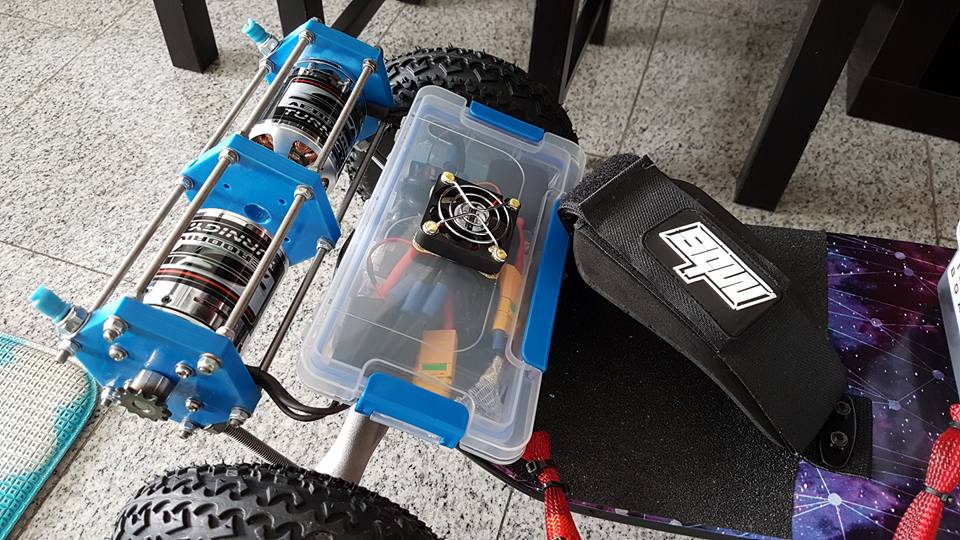 more updates once I get to mount the 25H chains and finally can test ride it.

edit I think we should have a separate E mountain board section for all those building this kind of application. Generally speaking it’s hard to find through the various posts specific builds.

So I finally got it all built up and tested it. Man this is a beast! Had to play around with parameters on the VESC to tame this one. What I am still lacking is a way to lower the throttle response (or throttle curve). I rode it using 25% of throttle and this thing has power… so I want to put a top limit that I can ride and not be knocked off to my ass and the throttle would gradually reach there. Would limiting the top motor max AMP fix that? That’s a pretty nice build. I’m thinking about buying the same board and using the same motor mount as you do. Can you tell me something about this? Is it holding so far?

I am using it mostly on weekend rides (got a scooter for daily commute). So far so good. little maintenance really. Little vibration on the motors but it’s all held tight and nice. I guess the first thing to go would be the nylon motor mounts. They are heavy duty but I would expect those to fail at some point.

BTW I added vinyl of carbon pattern so those boxes are better looking now. But I finally decided to get some cheap black boxes of Aliexpress. once those are in I would post images of latest iteration. 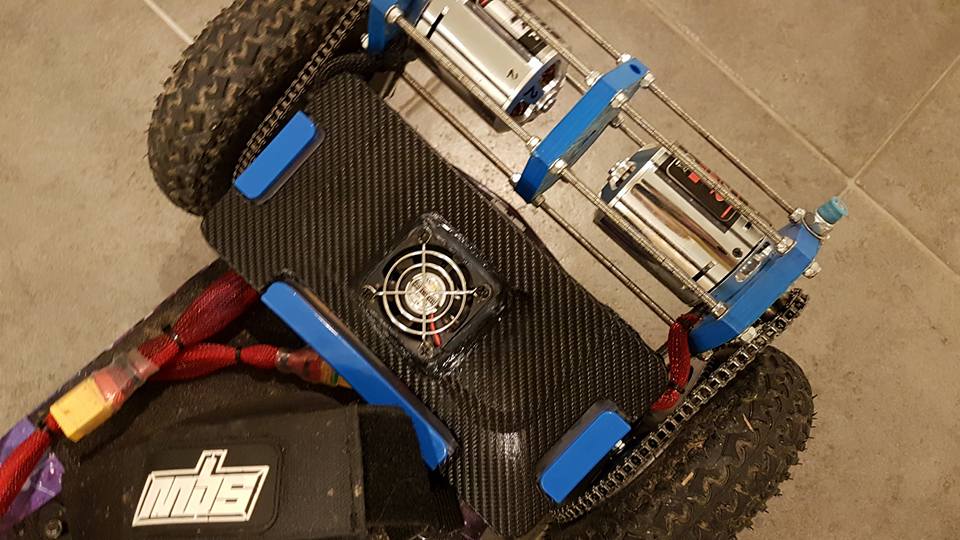 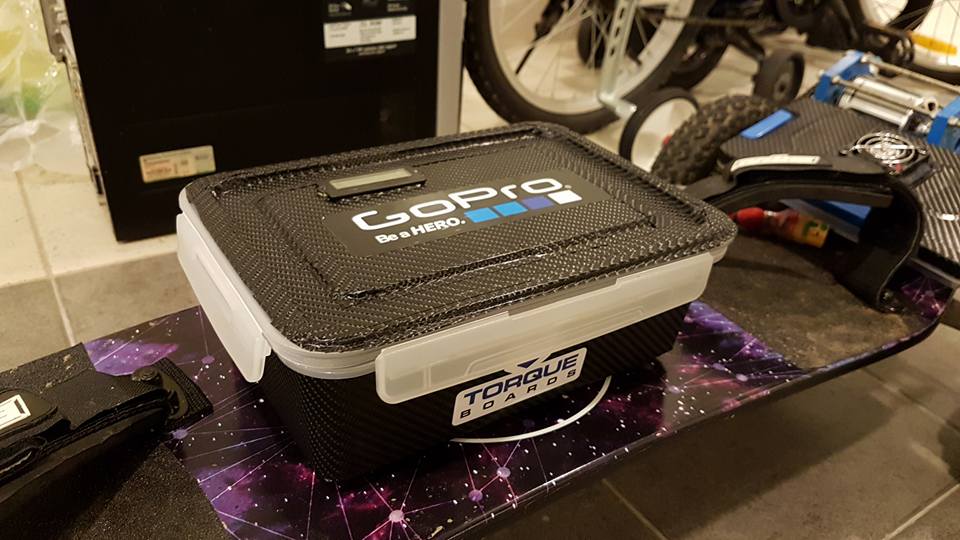 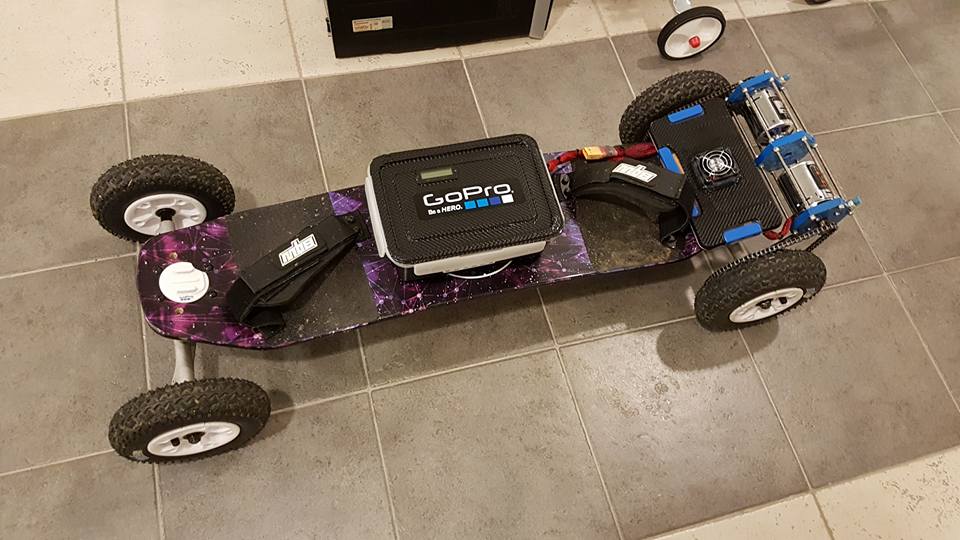 As my friends saw me riding it on the grass while we were all racing our drones (yeah I do that too) they decided to call it the green surfer. I kinda like that name. Hence it shall be known as

That’s good to hear, what material are you using for the mounts right now? Another question: is there enough space between the wheels and the outer side of the mounts to put pulleys in? I see you are using chains and I want to know why

as mentioned I printed it in nylon. It’s quite strong. You can use a pulley but the design I had was made for chains. Chain is noisy while pulley generally smoother. However pulley system can slip (unless you use a wide belt). It seemed to me like chain is the way to go over belts. You need to make sure to have as many teeth in the chain/belt as possible to reduce chances of that happening. I got 6 on the motor sprocket.

@jazzcool can you measure something for me? How much is the distance between the outer side of the motor plate and the inner side of the wheel rim? Found really cheap ‘mean’ looking boxes so had to do an upgrade. Latest iteration here. Futur upgrade - adding Arduino connection to my mobile. Added Bluetooth to the mix with almamiac Android app. It’s a bit prone to crash however you get all the telemetry data you need. Here’s a short video 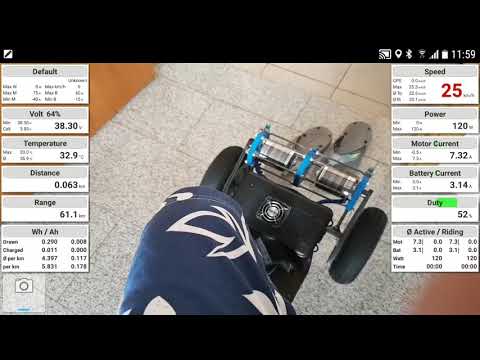 And here’s a ride I had last week. Lots of fun 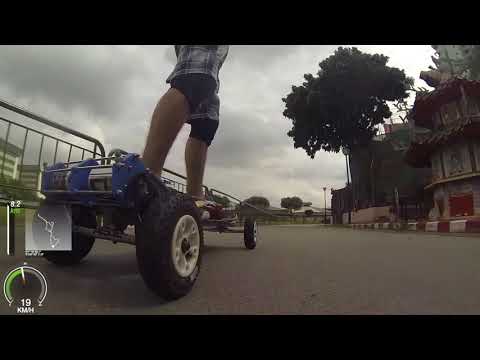 How has it been holding up? Did the 3D printed parts break or did the threaded rods bend? Seems like a lot of torque being held by 2 tiny rods screwed in a bit of aluminium.

I plan on building an almost identical one since the design is so simple and cheap.

Nice build. I, too, am wondering how the 3D printed components are holding up! I’m liking the idea of the foot straps. I plan to try for something similar with my upcoming build.

I have pretty much the same build, but printed the components with petg. It’s holding pretty good. Nothing bent or broke so far after some rough rides through the forest.

It’s pretty awesome so far. No bents or nothing breaking. Nylon print holds up really good.

I made a similar one. I used smaller motors and some steel plates to reinforce the mounting I used.