Hello everybody, I have seen so many people request this that i figured I may as well try to facilitate it. I am a freshman in high school and I have an end of year freedom project coming up. I have been into esk8 for about 3 years. I have seen many attempts but none complete. I want to create the holy grail or esk8 apps programmed by everyone here who wants to contribute. I totally understand if you aren’t interested in sharing your code or knowledge but I feel that it is a component which is currently lacking in the market. Here are the current requirements: Cross platform (android and IOS) Smart watch/Apple Watch functionality Setting and mode changes (on @Ackmaniac firmware) Please tag anyone who might be interested in working on this project. Though I do need something by mid June, I plan to run with this for many years. I think the app should be free but I am open to opinions. Alright, who is interested?

You should work with @bradrisse, making more half-done things is the cause of all this. At least start with what he has done.

Did @bradrisse not decide to keep source proprietary, but offer to release the app for free? Not sure where this leaves it if the app remains unfinished,it did look really good.

My suggestion is to get together with @twan here -

Hey guys. I’m currently working on an iOS app for the vesc. It works with HM-10 modules and metr modules for those who has them. This is my first ever iPhone app so be gentle haha! My main goal of this app was just a fun project for me to learn more...

Currently for IOS there is the choice of buying a BTmodule from @rpasichnyk whoose app checks the module’s serial, or paying for the actual app from @emmaanuel

Looks like I’m mistaken about Brad’s work, from the screens it would be a really cool incorporation to use his work as a foundation assuming you can use React framework 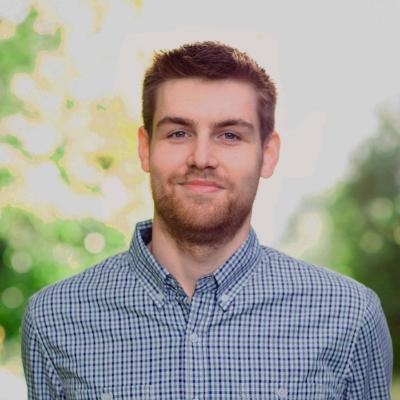 It’s easy to see Brad s a busy startup dev and is understandable in demand by paying companies, but what he did already for esk8 app looks like real commercial quality.

If you can use it licence-wise, then use it

Ok with all these apps coming out I have 1 question: what are you doing that METR, PERIMETR, Ackmaniac, or eSkate VESC has not already accomplished? If it’s just a project to cultivate your skills then I fully understand but if it’s an attempt to make a free version of applications that are already far along and more advanced in what they do for cost that’s not even over $50…

I get y’all want something free and open source… But unlike the VESC, Android and iOS have alot more platforms. Making apps that span generations of OS’s and multiple platforms is alot different then changing the pin numbers in the header file before compiling vesc firmware for your hardware revision.

Sure I’ll be glad to see another option. But $23 a module for a build, is cheap in comparison to your build. And that money supports Roman’s time he’s spent, building and improving the app, I’ve put in at least 10 bugfixes over the past year. Guess what? Roman has fixed them all promptly, because it is rewarding, he has incentive to do such.

You’ve got alot to compete with, and keep up with, if you plan to change the hearts of people like me. Even more so if you offer an app without support. When you run into a bug, that’s from a phone, you don’t have, on an OS you don’t have. Where is your incentive to fix it?

If you somehow manage to do all those, well it would just be a copy. But hey feel free to make something better and change my mind,

There will never be a “holy grail” of anything technology wise. In fact Not sure if that’s the actual name of your app, but I would seriously reconsider renaming it, people’s expectations would be rediculously high.

As a freshman trying to tackle something like this is pretty impressive. Best of luck and look forward to seeing what you come up with.

assuming you can use React framework

You can use the react framework if you have wifi at home. If you don’t, then you can’t. It appears to be a bug in the framework.

edit: To be clear, it works for the end-user no matter what. It’s just that you can’t actually work on the application without home WiFi.

My suggestion is to get together with @twan here -

Nothing that only works on one kind of phone can even be considered for the title “holy grail esk8 app”. I think we can all agree on that. So @bradrisse is a better choice

Cross-platform makes sense, I meant for them to jump on Brad’s repo

@Trdolan03 I’m a dev but I don’t have time to work on yet another project right now. Good luck with your app though

Do you have wifi at home? If so, jump in and help @bradrisse

So I was looking at his thread and it appears his framework is broken for react.

It’s not his framework, it’s facebook’s framework. They assume you have wifi at home and if you don’t, they make it impossible to use. I have wired gigabit Ethernet and cellular service. If you have wifi it will work. I’m not going to buy a wireless router that I don’t want just for this.

What does Facebook interact with in regards to his project? Also, I could use some help cloning his github project into react native if anyone is familiar with the process.

facebook created React Native. Brad used it for this app.

React Native is not a company and thus doesn’t have a parent company.