I was supposed to finish the build and the make a thread about it but part of the fun is also sharing and documenting the progress, so I decided post now.

The Phoenix was sold after just a month of being built, so I used the money to make a similar build, slightly different but with the same soul.

Here are the parts I receive 3 days ago: 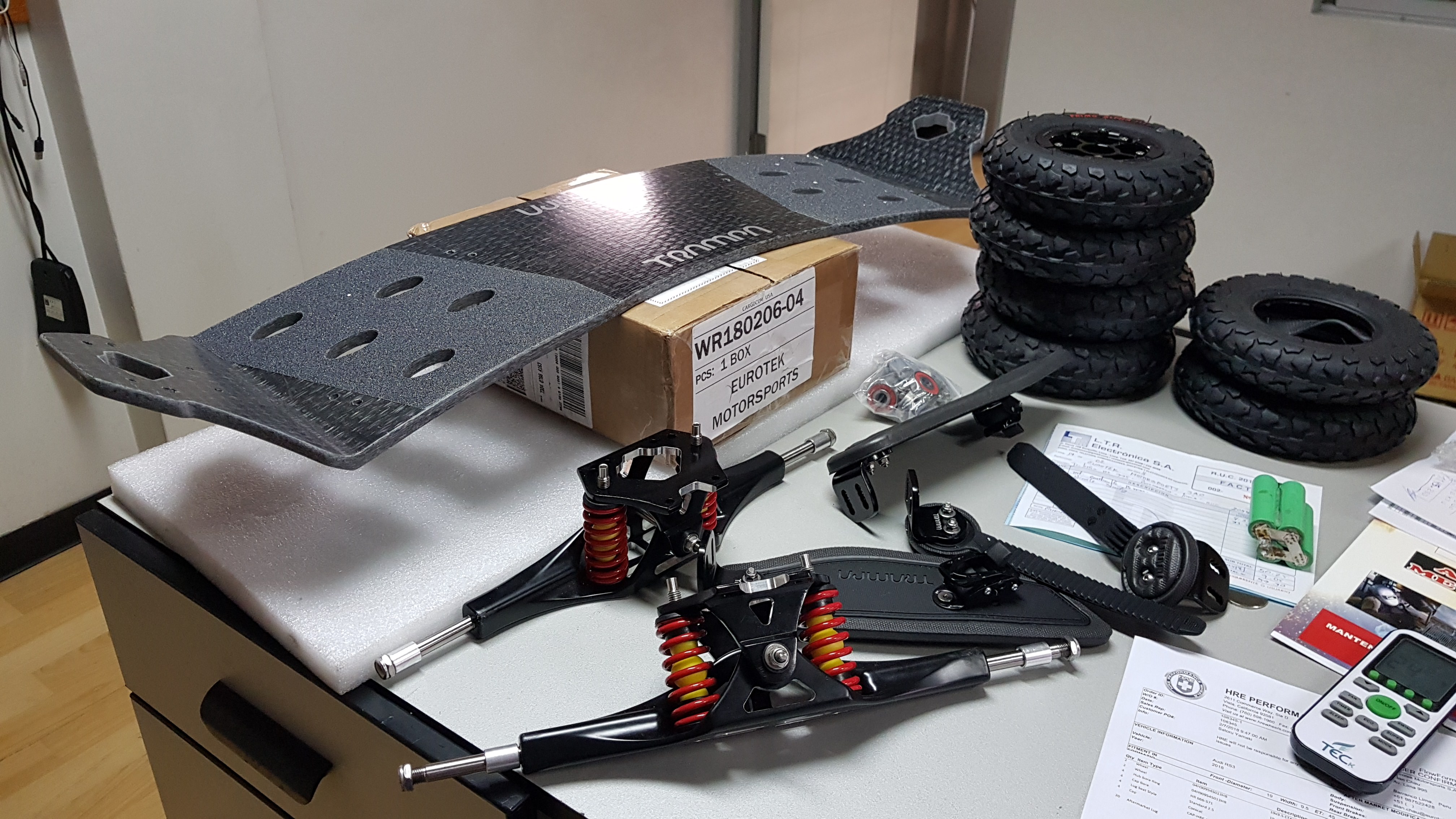 I quickly and desperately started to build the battery, when you make a build similar than previous one the dejavú feeling makes you build like a pro, everything is much faster, you even have the option to improve the previous design.

I used the approach from @chaka to have a safer battery pack, fish paper on this layout: Then spot weld them, not sure if this could be called fuse cell level battery as I didnt use fuse wires on each cell, maybe the strip could act as a fuse in case of a short. The enclosure was already designed on my previous build, so it fitted perfectly. 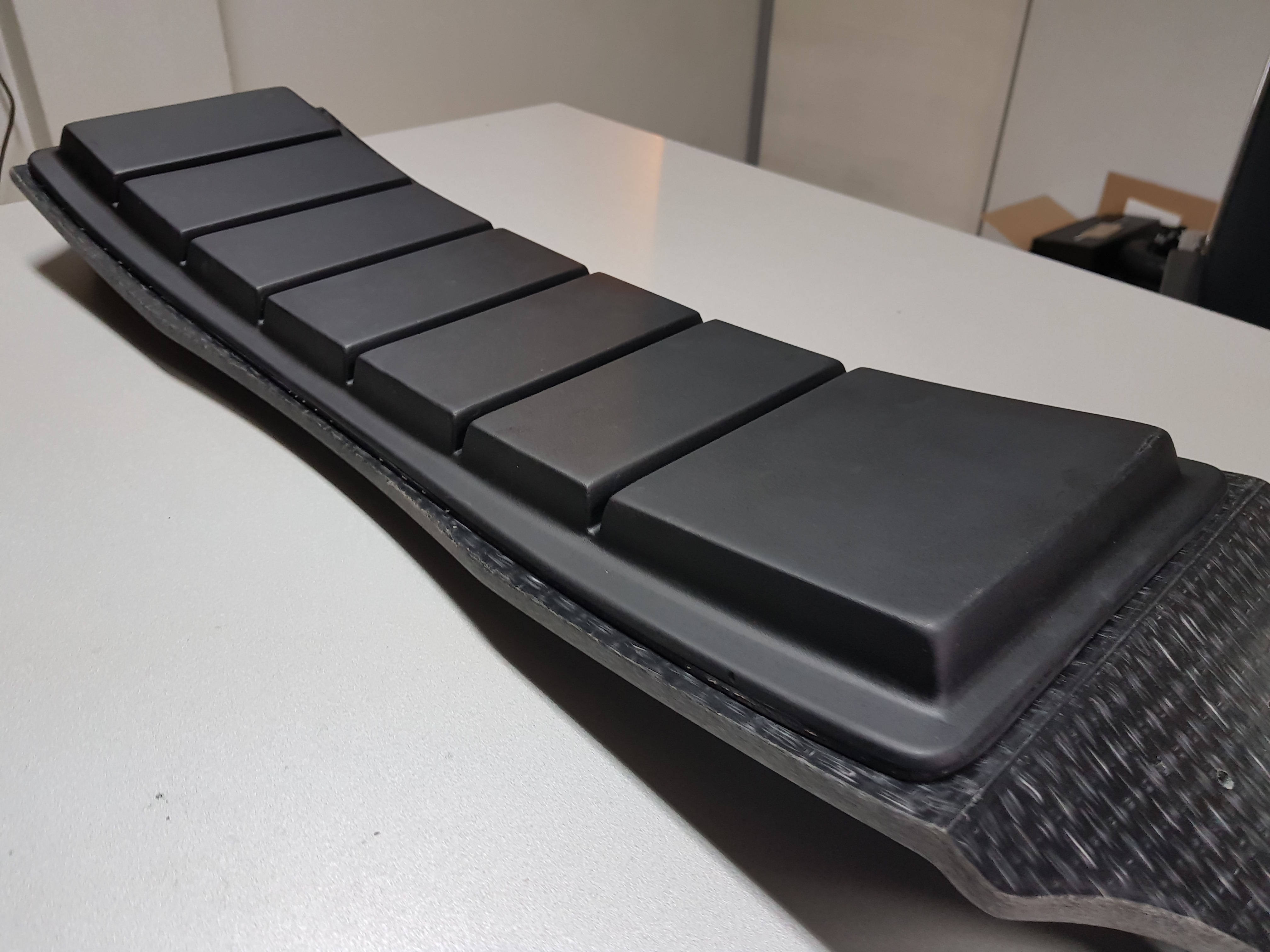 I used 16awg wires, a 16AWG wire should be good for 50A so I installed 2 of them for 100A max, the battery can only produce 80A peak so some extra room for peaks. However the holes are going to be a challenge to work with, the nose and tail on the HS11 were used before for the on/off switch and battery capacity tester, the HolyPro have holes on there, I’m gonna mount a sheet of plastic to tap the holes in order to hold both parts.

Who did you order from?

Won’t the holy pro deck allow water to get into the case from above?

Won’t the holy pro deck allow water to get into the case from above?

Yes, that’s one of the challenges of this build, I chose the HollyPro 35 because it was offered as a complete MTB on Trampa website, there was no option to buy a complete MTB with an HS11 deck, it just forced me to buy the deck, trucks, wheels, hubs and bearings as additional, at the end it was a lot cheaper.

You can also fill the holes with epoxy or similar, sand it flush with the deck- and you’ll have a watertight deck

I’m not sure how just griptape will hold up. It could easily be punctured, even by a simple stone or pebble under your foot

You can even use clear epoxy for those holes. And put led lights so that those holes look cool at night😉

@Eboosted what size nickel strips are you using and what sort of amperage do you expect it to handle? I am building a similar 4p pack and was debating on which strip to use.

Dude great job with the battery, do you maybe have a build thread on your enclosure?

Also nickel stips is like a fuse. especially when you are measuring it and touch something you arent supposted to, it melted like 50awg wire connected to a trans Atlantic power cable

You could tape the bottom, fill the holes with hit glue, then after it’s cooled shave them with a flat blade. Remove the tape or not.

You could tape the bottom, fill the holes with hit glue, then after it’s cooled shave them with a flat blade. Remove the tape or not.

I didn’t think of that. I already started with the epoxy glue.

Now I need to wait for those ESCapes, the APS motors and the motor mounts which are in Atlanta ATM.

Dumb question, what fish paper did you use? Some with adhesive backing or not? If not, what did you use for adhesion to the batteries?

I use spray tack adhesive that’s had a few hours to dry(cut the strips. Lay them out spray come back the next day)