I though it would be a neat idea to start a tips and tricks thread dedicated to sharing the little hacks, tricks, protips and the like that we’ve all picked up over time, and thus allow us to pool our knowledge and share solutions to common problems many of us encounter during builds.

) I’ve come across a couple new things to keep in mind when making design choices that may save you a headache down the road.

Since I’m designing and making my own mounts from scratch, that means selecting the fasteners to hold everything together. This has led to some hair-tearing and general annoyance as I have made poor design choices and had to rethink them.

One thing that has become a major design rule that I now intend to live by is: Use the strongest fasteners you can get your hands on. Don’t cheap out. grade 12.9 screws aren’t that much more expensive than grade 8.8 screws, and they’re far stronger.

A secondary part of that is: Avoid using stainless fasteners unless you have to. They’re pretty and rust resistant, but they’re a lot less strong than alloy fasteners. Metric stainless screws are about the equivalent of grade 5.5, which is less than half as strong as a grade 12.9 equivalent.

A secondary part of that is: Avoid using stainless fasteners unless you have to. They’re pretty and rust resistant, but they’re a lot less strong than alloy fasteners. Metric stainless screws are about the equivalent of grade 5.5, which is less than half as strong as a grade 12.9 equivalent.

I learned this the hard way, got two bolts on my mount (bolting to clamp) that are stuck there. I can’t change the angle on that mount ever again lol.

Ooooo fasteners. I myself am upgrading the clamping piece to my mounts which will include 12.9 fasteners. Really though, I don’t think anyone can strip an M6 cap screw that is A2 stainless. You would have to do something very very wrong, or use a massive breaker bar.

Get a set of “Wera Hex-Plus” wrenches, if you haven’t already. They are excellent, and may even be able to remove a stripped screw (depending on the degree to which they are stripped)

Yeah, I have them in my wishlist.

Use a bench vice to clamp down on the hanger clamp, then tighten the screw. This only works if there are flat sides on it tho…

Always over design. That mount that “should hold” or that battery connection that “probably won’t disconnect” will end up doing exactly that. Save the stress and save money, and do it right the first time.

Always in my bag Plan to spend 4x your original budget… Maybe. But never ever buy motor mounts or pulley kits that are less than htd3 and avoid using ebay for most things. And duct tape, have lots and lots of duct tape

Could have used antifreeze.

I meant antiseize compound. Not antifreeze.

My fail-proof method of removing stripped hex when even hex plus fails…hammer in a torx .5mm larger than needed hex I really really f. hate milling,grinding,sanding or whatever modification needed to make the damn thing work. I had a “little clearance problem” when turning with one of my sk8. I put some metal sand paper on the motor and it self fixed. https://esk8content.nyc3.digitaloceanspaces.com/uploads/db2454/optimized/3X/a/4/a4b7ed703a844a4e50d98a65a4c355d23f2ec32f_1_281x500.jpg Sometimes there’s no need to drill the board. I used Velcro on my trampa for esc and battery. i put a little bit of hot silicone at the borders so it does not move a mm. It resists vibrations and can be “almost” easily removed (you need to pull hard) I waterproofed my bamboo using CorrosionX for the pcb and blu tack+plastidip that combination makes it really waterproof while it is really easy to remove and use again. I can open the enclosure and just pressing again the blu tack and a few hands of plastidip and it is ready again for a storm Warning! notice the stupid crappy remote is wide open everywhere. Plenty of holes so this method is not realiable. just keep it under your sleeve. https://esk8content.nyc3.digitaloceanspaces.com/uploads/db2454/original/3X/1/4/146543581e868a0906bddad2158e3d7c5beba540.jpg pay special attention to this zone. the concave makes a huge gap. https://esk8content.nyc3.digitaloceanspaces.com/uploads/db2454/optimized/3X/b/3/b360ab43e3bcdf99d3f631d5092ae5dfbfb06361_1_666x500.jpg plastidip needs at least 4 hands. let it cure for 30 minutes between every hand. 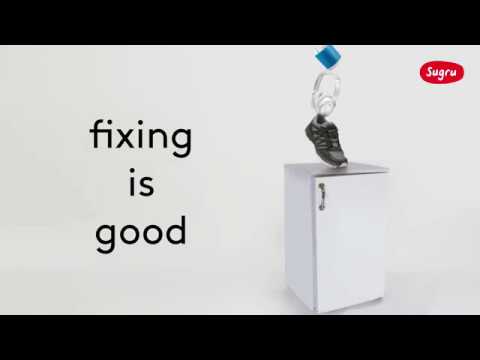 Blu tack and sugru are pretty much the same. Blu tack is softer and easier to remove and mold again therefore i prefer blu tack for that mod. Sugru is better for other kind of things.