I am after some advice if possible for my first build.

I am struggling on how to connect the power to the focbox unity though.

I’d really appreciate it if someone could point me in the right direction for the best way of connecting the batteries to the unity and also connecting the LED display please.

Thanks in advance, complete noob here btw so please be patient

Uhhhhhh it has it should have an xt60 on the opposite side of phase wires. Unless you have to add them. But that would void the warranty.

Yeah. There’s an xt60 connection for power. I guess they didn’t show it in that picture you have. 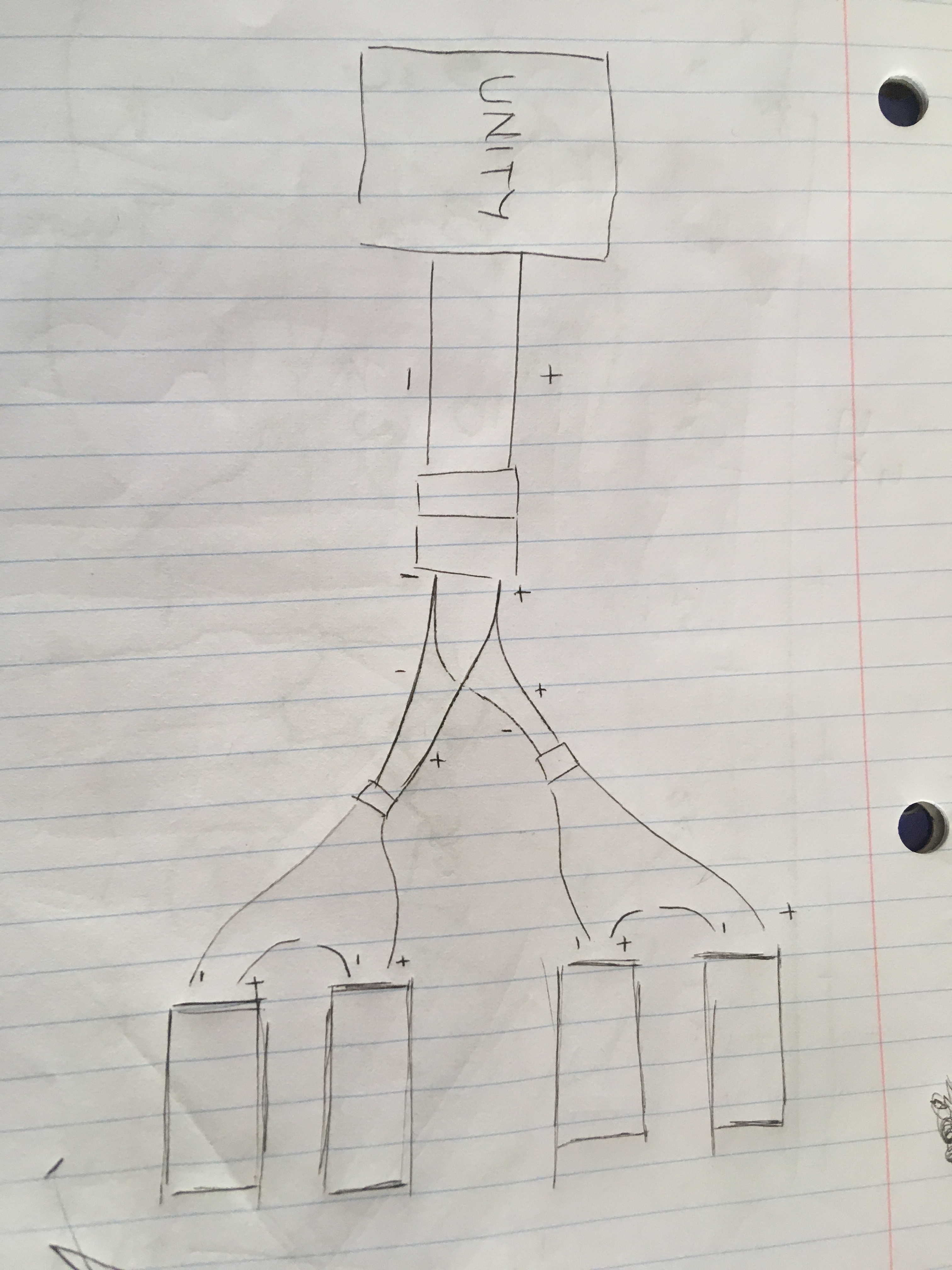 Edit: to do this use the parallel connector in the post above

Ah thanks very much.

Diagram updated with a loop key that would connect to the unity from the batteries.

So next couple of questions.

You can also attach a BMS to your lipos to charge them in place via a DC port, otherwise a balance charger for 6s batteries is what you need

The unity has a extra output for wiring stuff. You can connect you lcd to those ports

I’m now considering the BMS option. I’ve taken someone else’s diagram and edited it for what I need.

Can anyone see any issues with the below design and the kit in the shopping list? 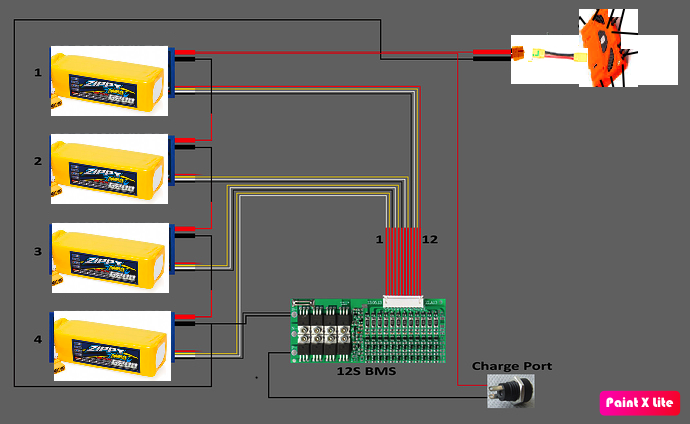 Any recommendations for a charger that will do the job?

Fully endorse Graupner, after personally wasting money on AliExpress, Hobbyking and the like:

This is the charger I’m using on my top mount. I’m not using a BMS. Are you in the states?

Could I use one of those chargers with a BMS later on to charge via an XT90 port? Instead of the charge port in my last reply.

That way I could use one of those for now and later on introduce a BMS whilst using the same charger.

Maybe theese batteries are worth to consider (https://hobbyking.com/en_us/turnigy-high-capacity-battery-20000mah-6s-12c-drone-lipo-pack-xt90.html)

They also come in 12ah and 16ah versions, the 12c rating on a battery of this size should in theory be more than enough to supply you with the amps that you need. You would only need to deal with two cells instead of four and with the 20AH version you would increase your capacity with 8AH for that raaange.

I’m considering buying theese aswell to use as a extended pack on top of my 12s5p 30Q pack that i currently use on my trampa mtb, that pack gives about 25-30km range which is fine for normal use but riding heavy offroad i doubt it would give more than 10km. With your current 12AH option you will be even more limited than i am.

I can be dead wrong about theese cells but they seem like an excelent option for a great price, anyone has experience with the multi rotor lipo packs?

I don’t have personal experience with them, but I could imagine they similar to the big multistar lipos. They advertised with 10-12c but in real life they only can handle 3-4c. This packs not made for high drain applications, more to charge up your lipos while you on the fields. If you want high drain high capacity lipos, I would go with tattu lipos only.

Hmm i see your point, however they seem to use the 12AH version of this pack on the patriot board and from the videos they posted it looks like it’s performance is good.

How ever… they sure will work, the question is just how good and how long and if you would get cheaper with better lipos in the long run. But that’s everybody need to find out for his own. There also people happy driving with the multistar lipos.

Yes they are atleast claiming that they are getting 9000 watts which means 180 amps in total system power. Anyways not here to change the discussion of this thread