Unlimited: the smartest way to go electric. Convert your bicycle to electric in minutes. Fits on any bike!

Has anyone backed this project ? I Onder if we can buy these hubs alone, replace the single connector with bullet and use them with the VESC.
BoostedBuilder August 9, 2018, 8:40pm #2

What makes you think these hubs are good? 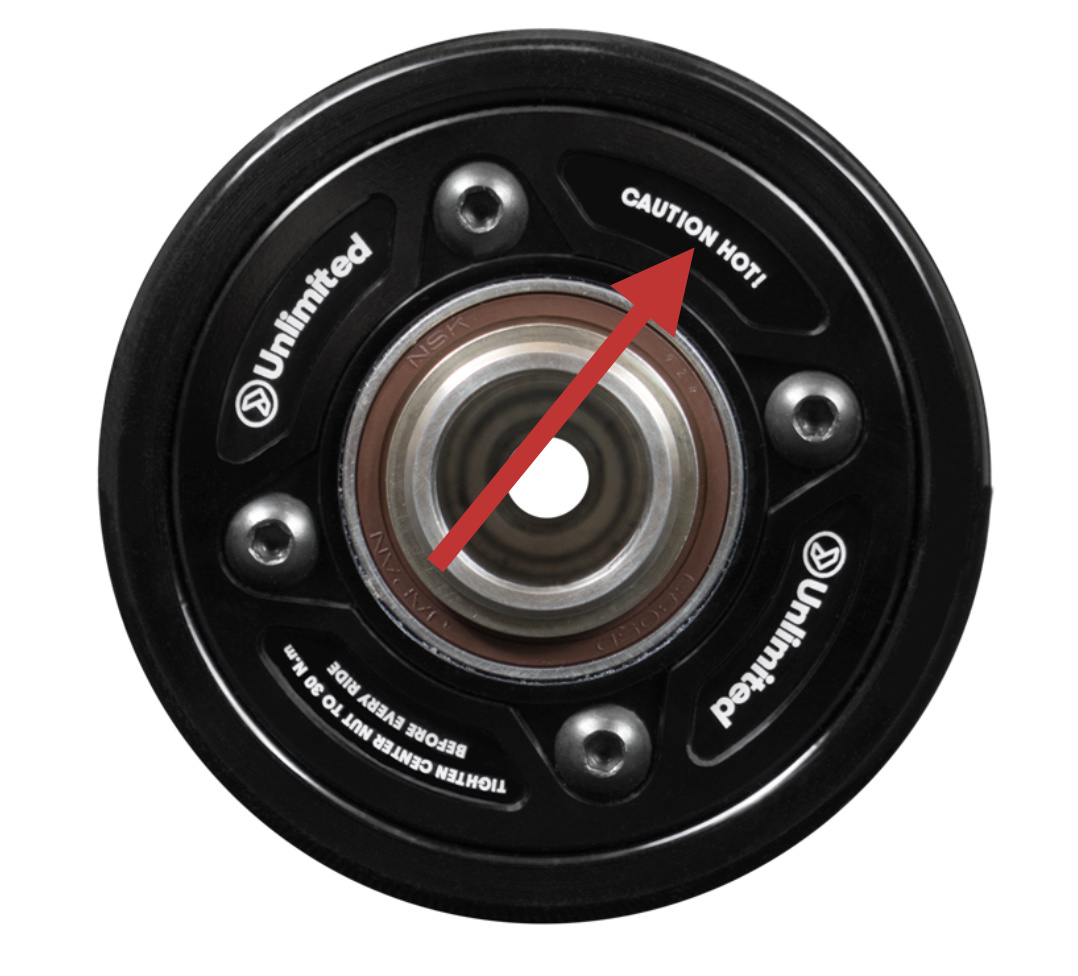 This makes me kind of worried : )

I’m pretty sure it’s not any hotter or cooler than other hub motors that doesn’t have that warning.

Nothing special, maybe just because it’s a DIY forum lol We have to try theses, right now there’s only Meepo shitty hubs, soon to come hummies that are promising but untested. I like the fact you can fit them on almost any trucks on the market it’s a big + Raptor hubs have a lot of faults and are not available for the community. It’s just another option that we have to try as well IMO

when did you get that title!!?? I love it

hey I have no idea! Guess it’s official now LOL

I want to see how it mounts

I want to see how it mounts

Nothing online yet… If we have a backer on the forum maybe he can show us !

The caution hot is legally required for comercial products reaching an excess of 60°c in normal operating conditions. At least in the automotive industry.

I just pointed it out because they say it’s the most most powerful hub motor yet put this ‘Caution Hot’ sign, which makes it look not very efficient to me!..

I will buy them and try ! My only concern is the connectors. Is there’s sensors etc…

Do they say something about Kv ecc? … 200 Euro for single hub is quite a lot. They should provide more proof imao

They should provide more proof imao

I guess I can ask them. It’s fairly expensive but the design seems clearly better than the meepo hubs, even the updated version with replaceable urethane has it’s flaws. But it’s true that the price is similar to hummies while not being as great for sure. I wannnnnt my hummie’s

They look good but not conperable to hummie’s hubs for the same price. It’s easy to write more powerful but for instance max peak at 850w is not more than the Meepo one. Now I got the torque board one since I got a good deal for a group buy I am organizing. I want a bit more speed so the 130Kv version should do the job. Can’t wait. I will test them in the next weeks

Be sure to post a review, haven’t seen much for torque board hubs ! It’s cool to see so many options

There some reviews out there. If you check the video on YouTube from the bigboytoy he was running the 130Kv at 12s against an evolve… You should check the video!

What worries me is that the last time I checked there were no details about these hubs and mostly important they didn’t sell yet the PU. I don’t have good internet here so I can’t check it again but it would be nice to know.

Approach with caution guys. These are the exact same hubs esk8hubs had up for sale last year which failed for a lot of reasons.

In fact we paid thousands to have these made for pulseboards but that’s another story.

I’ve been lurking in the forums for a while, reading and gaining knowledge into this whole esk8 thing. Having owned an evolve carbon GT I got a bit fed up with some of its short comings, so I started work on my own build with the assistance of some...

Original build thread using these hubs. I cant explain in detail but just trust me when I say you should avoid these like the plague. They may work for some but th way the universal cone is built some of you will have the phase wires tear from the cone attachment holding the motors to the trucks because it may come loose.

The manufacturer also is Sunray. Same manufacturer many of the Chinese motors come from. Don’t believe me? Send them a message and ask em Any who, lots of drama behind this and I cant say more or I’ll explode. Lol Good luck for those who do buy them and may the esk8 force be with you. P.s. this doesnt mean they aren’t good motors, it just means that they are not exactly DIY or plug n play friendly. They also don’t like FOC.

Last quoted message from the person I dmed back and forth on here, he said “the motors are shit and I threw them out” .

Good luck for those who do buy them and hopefully they improved the patented cone attachment letting them work with any truck…ya, sure

If the new versions don’t feature that or some kind of significant redesign then I say stay away. Unless you’re willing to glue them

I’ve heard of success using some kind of loctite to glue pulleys to motors, which takes significantly more torque…