The RPM value youre seeing is likely linked to the KV of the motor, higher KV -> Lower torque and Lower Hv -> More torque

Check out modifiedpowerwheels.com some of the stuff they have done is on par with the Esk8 world.

This is the current project 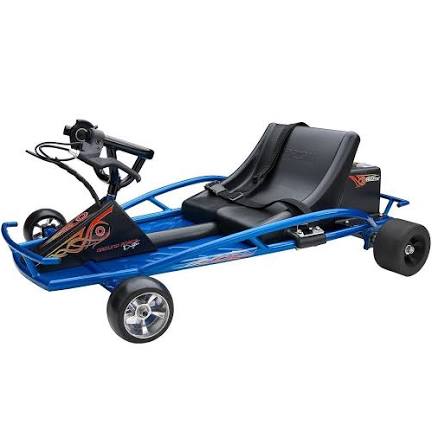 Seems that I ran out of post credits yesterday, apologies for what appears to be silence on my part.

I’ve never had a forum so strict, although I sort of understand why it is… Have spammers and marketeers been a problem in the past ??? I must be honest, I did at one point, look at my profile with a view to deleting the account, as I couldn’t work out how to post. I wonder how many other potential forum members have done this and left ??

So back to my little project. Over night I decided it would be best to stick with 6v for the time being, as it makes things a little easier until he gets bigger or bored.

Does anyone have any experience with the motor/gearbox combo’s I posted earlier. From the ones I’ve seen online they seem to range from 8,000 to 20,000 rpm, but this will be measured at motor shaft and not the final drive. A motor spinning at 16,000 rpm vs another at 8,000 won’t nessesarily result in twice the speed, as I’ve no idea of the ratio difference between the two gear boxes, although twice the current speed would be ideal.

I guess I can’t mis match motors/gearbox as one wheel would potentially be turning faster than the other causing the toy to go around in circles, which means i’ll really have to replace the current one at the same time. My initial thoughts on upgrading to 12v. If i’m going to replace 2 x 6v motors at a cost of £20, I might as well fit 2 x 12v for the same cost. But I didn’t consider the additional work involved.

Thanks for the link by the way, lots of info on there to glean.

Here is a slightly relevant link of Linus using vruzend packs to up the voltage on a toy car for pwrrrrs. 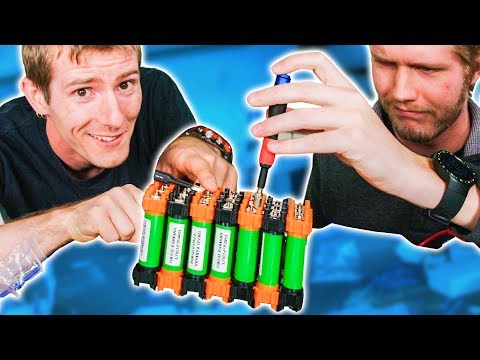 Not sure how much this helps your situation, but on my kid’s 12v, 2wd, 2 speed Mini Cooper that went 2.5/5mph, I first overvolted to 6s Lipo (22-25v), and could literally do wheelies with my 180lb/75kg. ass in it. Double the speed and my 6 year old loved it. One day, while rushing to put two 6s batteries back in, my brain was in Esk8 mode and I accidentally wired them in series at 12s. My kid took off like a rocket in first gear, went about 20-30 feet, heard a POP, POP, and saw some sparks from under the car, by each rear wheel. By the time he rolled to a dead stop and his fun was over, I realized my mistake. Oops. So I did some research on modified power wheels forums, got some slightly faster stock replacement motors and settled on 4s as it still gives about 10mph top speed, which still makes my son happy. 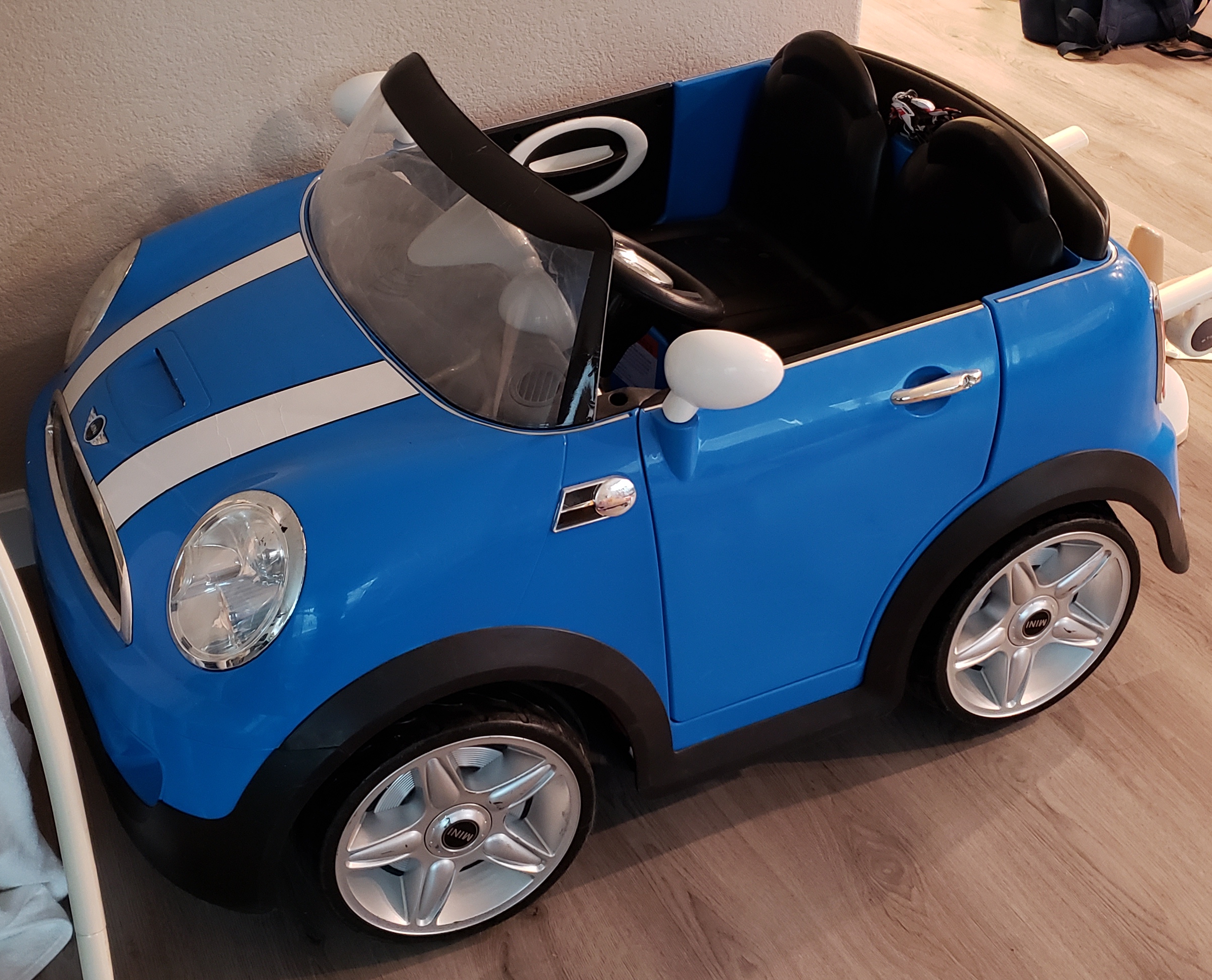 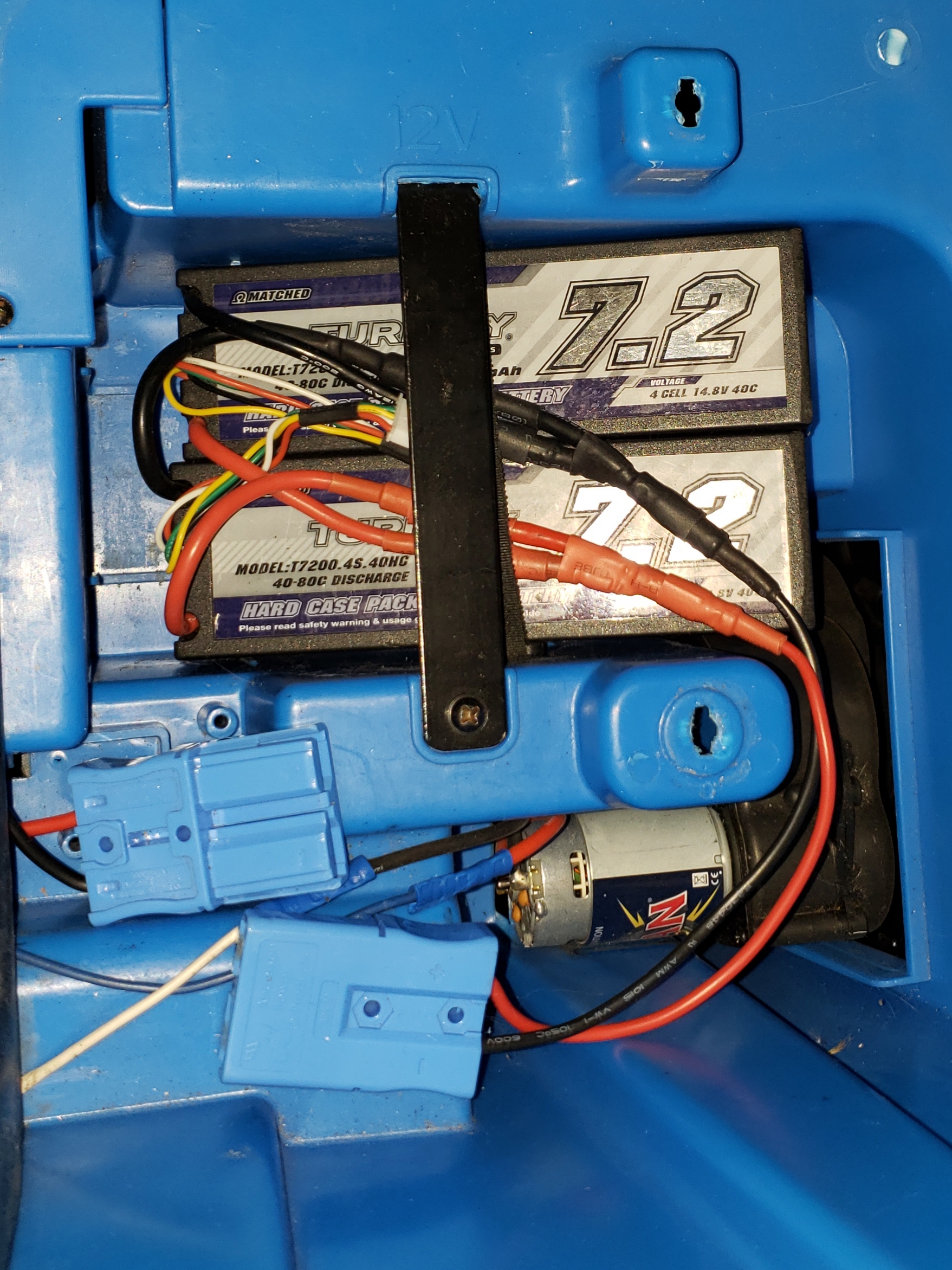 I accidentally wired them in series at 12s

I mounted one of my old Landwheel drives to my daughter’s Little Tyke, those wheels do not like going fast

Have you guys seen THIS build? 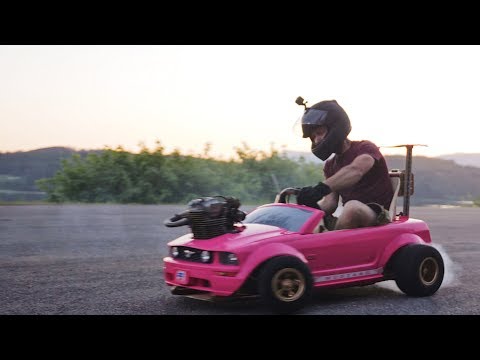 My 3yo just got an 4wd jeep for his birthday. I have been trying to resist the urge to modify it. Got it as a sample sale at a trade show for $50. But if I modify it I could easily spend $100 or more, so resisting the urge until he gets bored of its slow speed. It has 4 of the smaller 380 size motors, upgrading all of them to 540 size would be kind of expensive.

I have been researching parts and you can get all the electronics fairly cheep. They are just a box full of relays. and receiver for the remote. 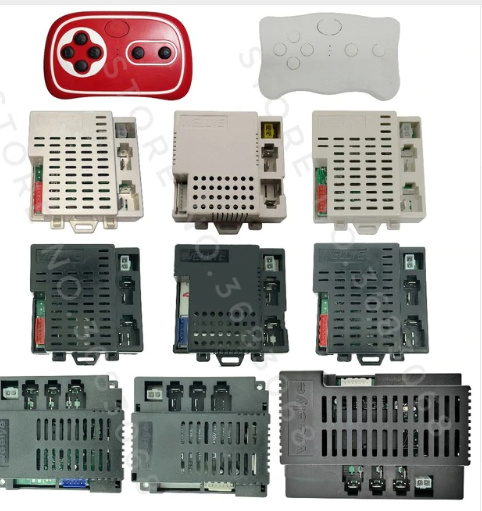 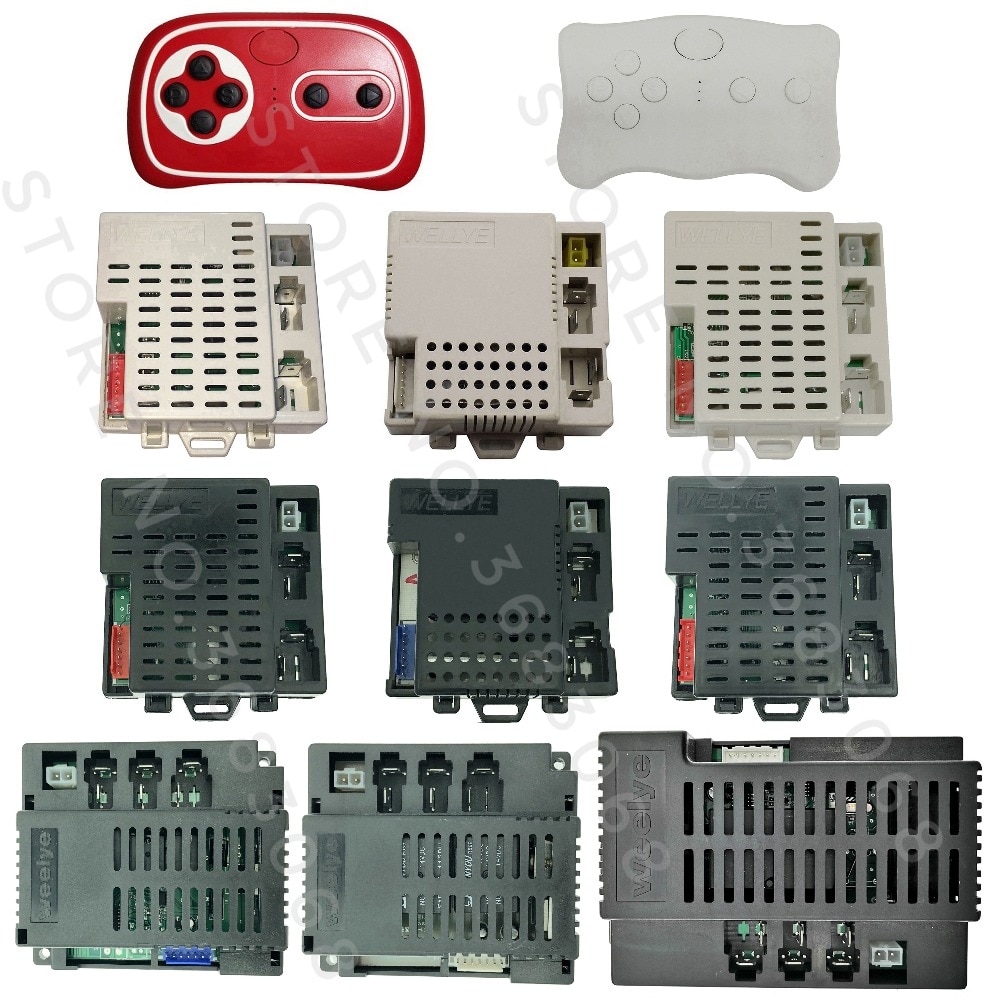 So can you run a 12v system safely on 16v? 4s lipo might be an easy upgrade. I just wonder what do about low voltage cut off? I could put a cheap BMS on it but they are normally for lion and have 2.5v low voltage cut off which is far to low for lipo.

Anyone here ever built a Toylander?

While my grandson is still a baby, i want to retain the 2.4gz remote function. For fear of frying this, I really have to stick with 6v.

Of course, I may be tempted to upgrade it in the future.

Personally. I dig the razor crazy cart. Amd they had an XL version for adults. Wanted to mod those. Drifts for days. 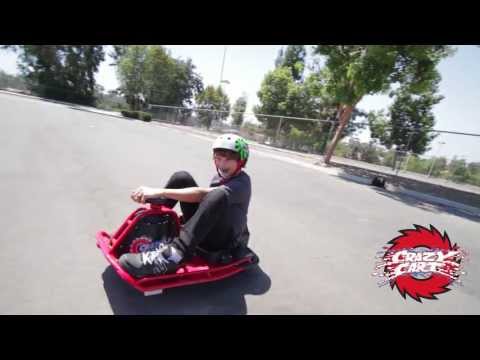 I feel your pain. I wanted that drift baaaad. Still considering make a drift trike but you can’t not look like a giant baby on it.

It just looks too fun. I have no problem with the cart, just a 3 wheel trike.

Well if ya can get over it… 6ou can find these on your local craigslist from time to time for cheap. Usually around 100 bucks.

Curiosity got to me had to check what was inside the controller. I need to check on the regulator to see how high the input voltage can be but the input power area is all 25v caps. 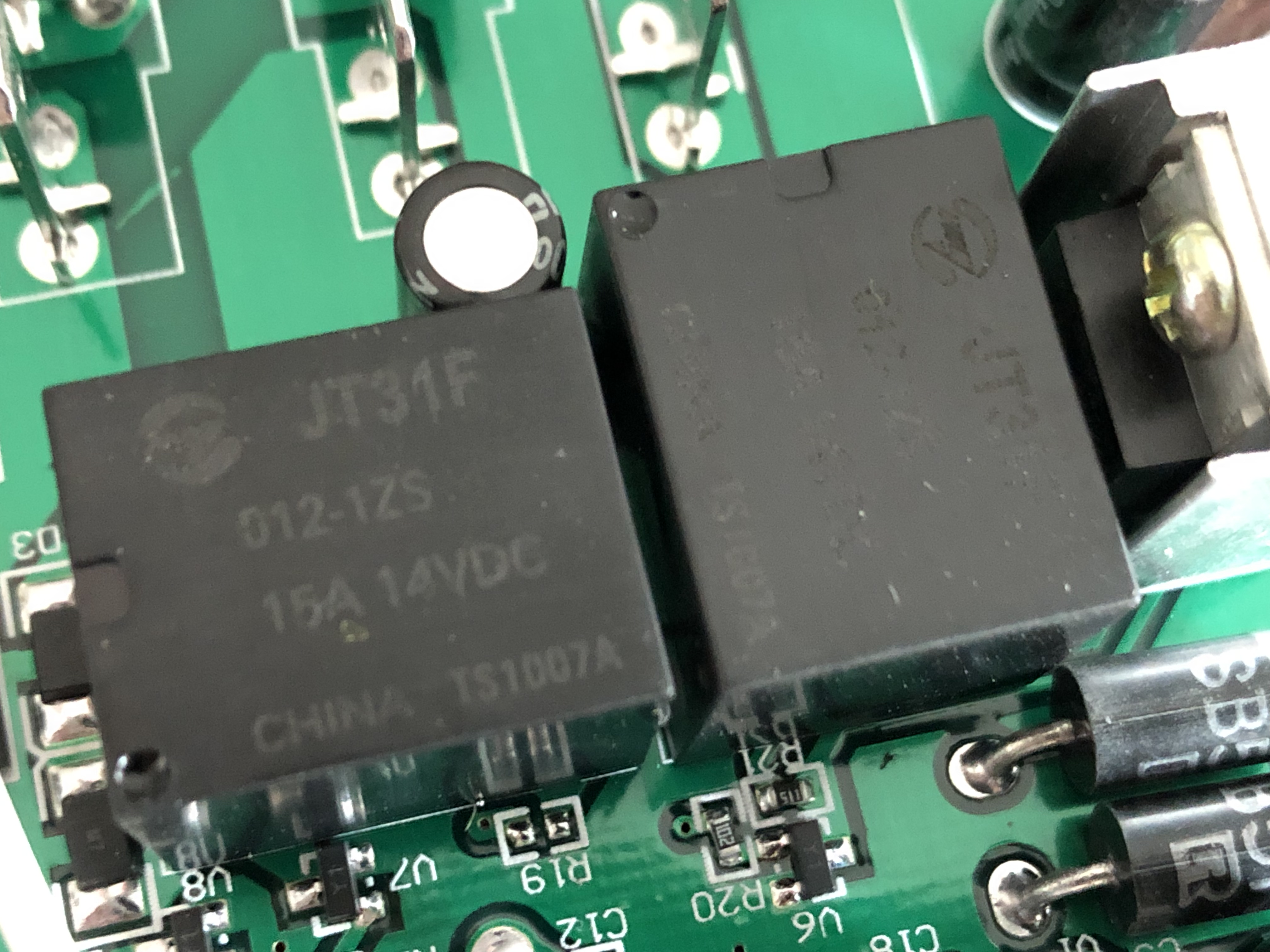 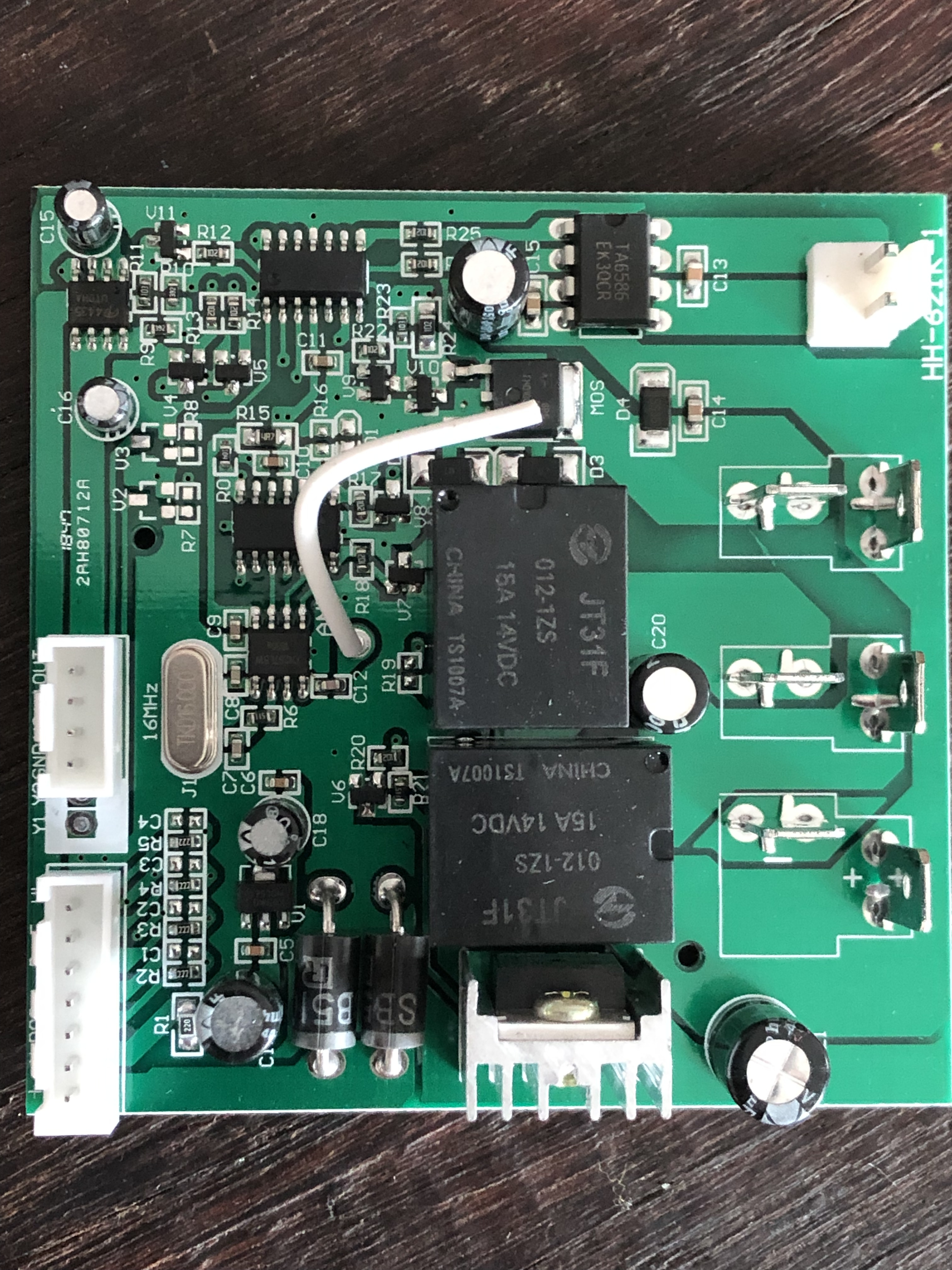 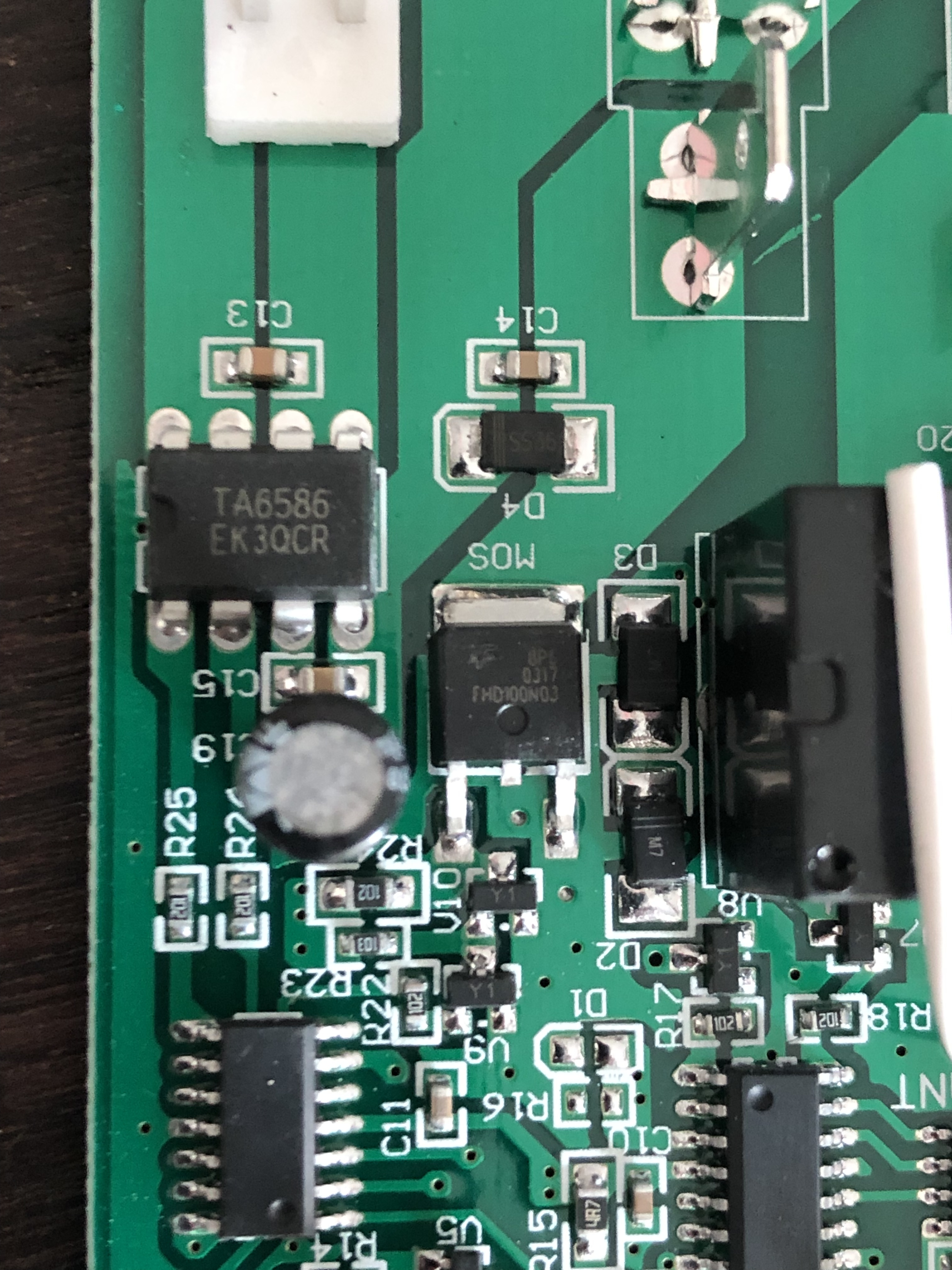 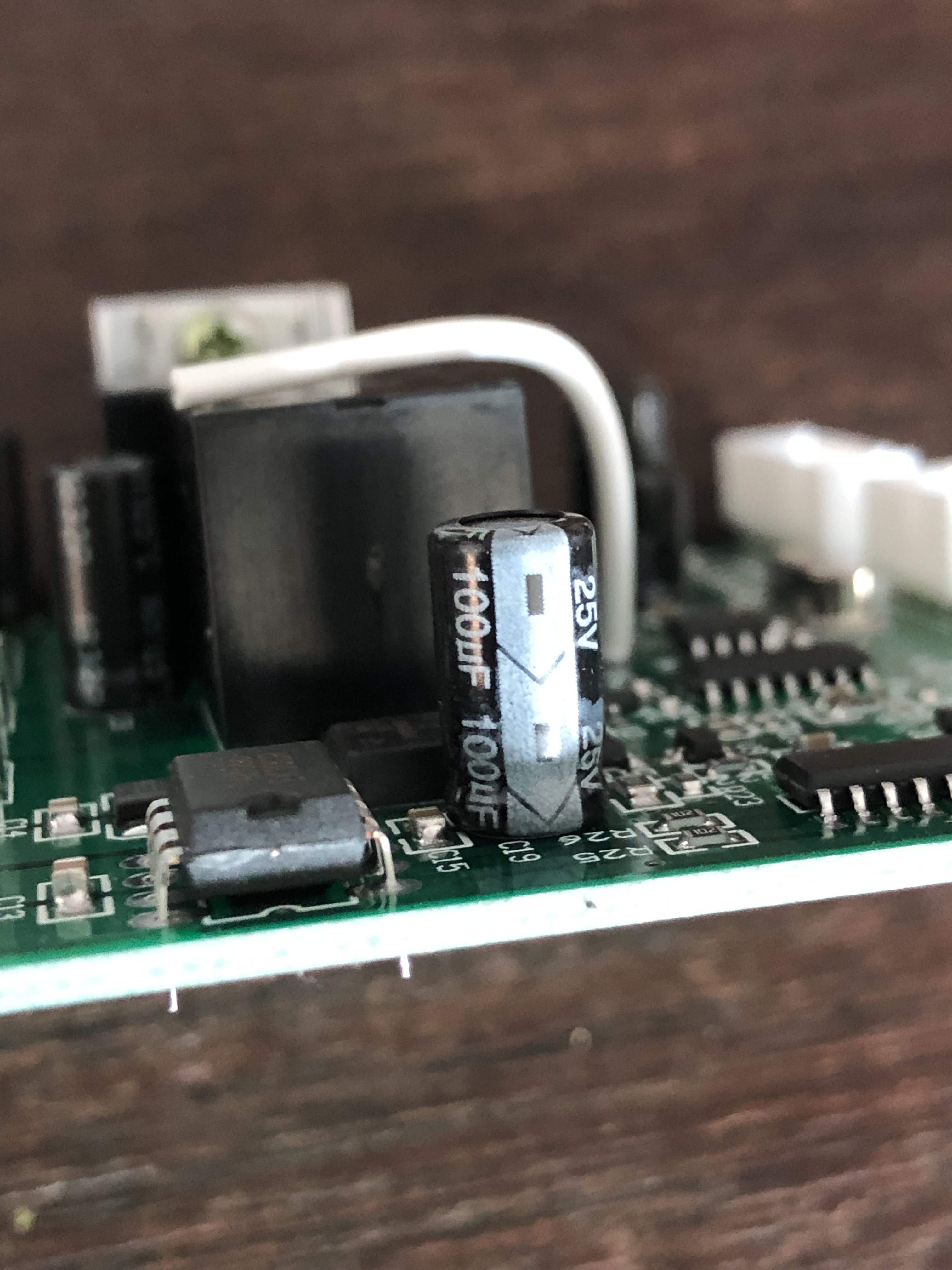 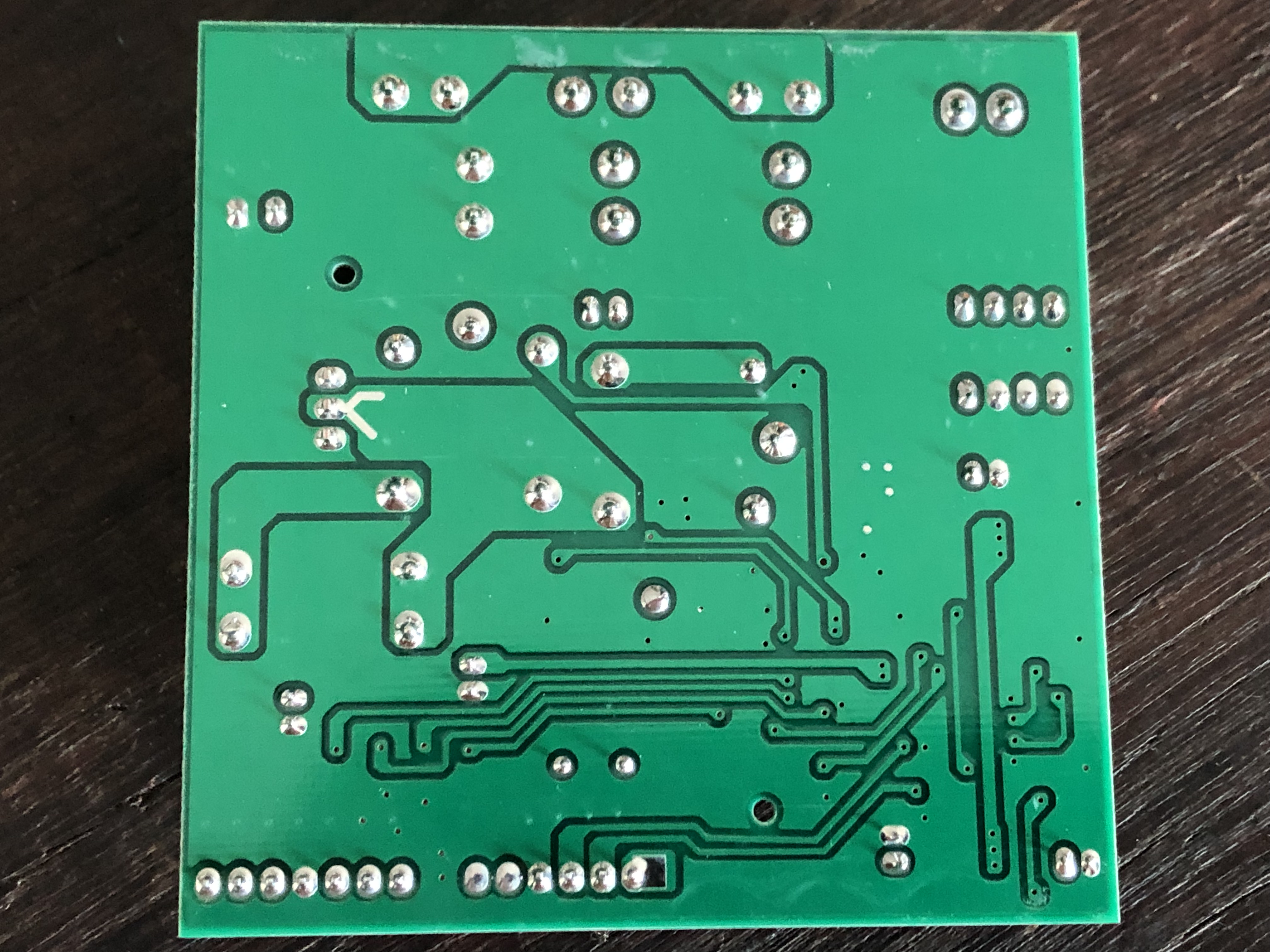 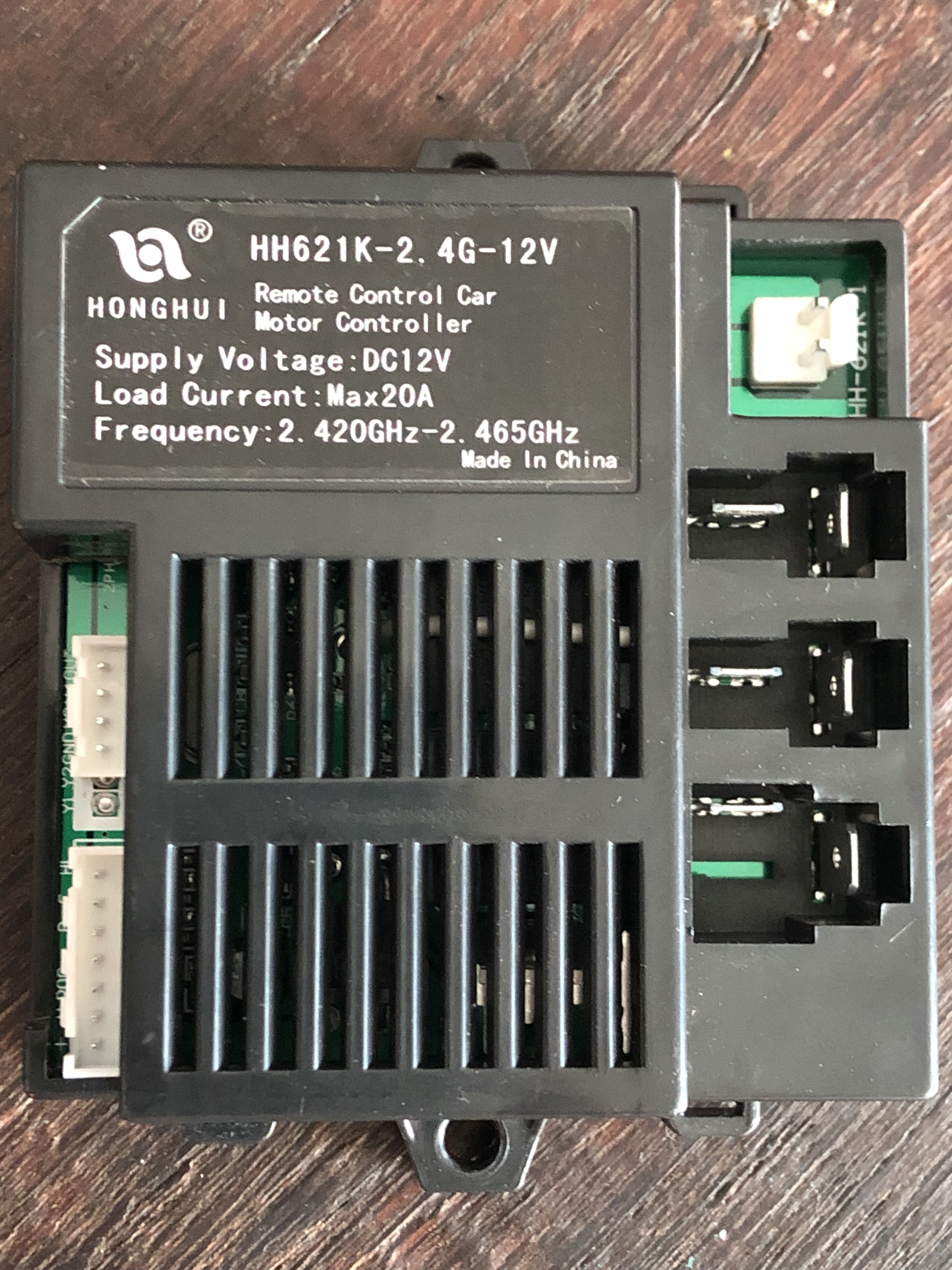 Nowadays there are a lot of different types of vehicles are introduces for children. Skateboard is one of them. Skating is an extraordinary method to get in some activity while having a great time. Your beginning boarding experience will shift a considerable amount, contingent upon the sort of board you get. For this purpose check our website. We provide tips on a different skateboard that are helpful for you when you buy it.