just need a quick confirmation…the capacitors are parallel to the power leads right?

alright lets do this…

a few days ago I opened my VESC enclosure to configure the vesc with a new motor and I discovered a capacitor came loose (pins broke off). 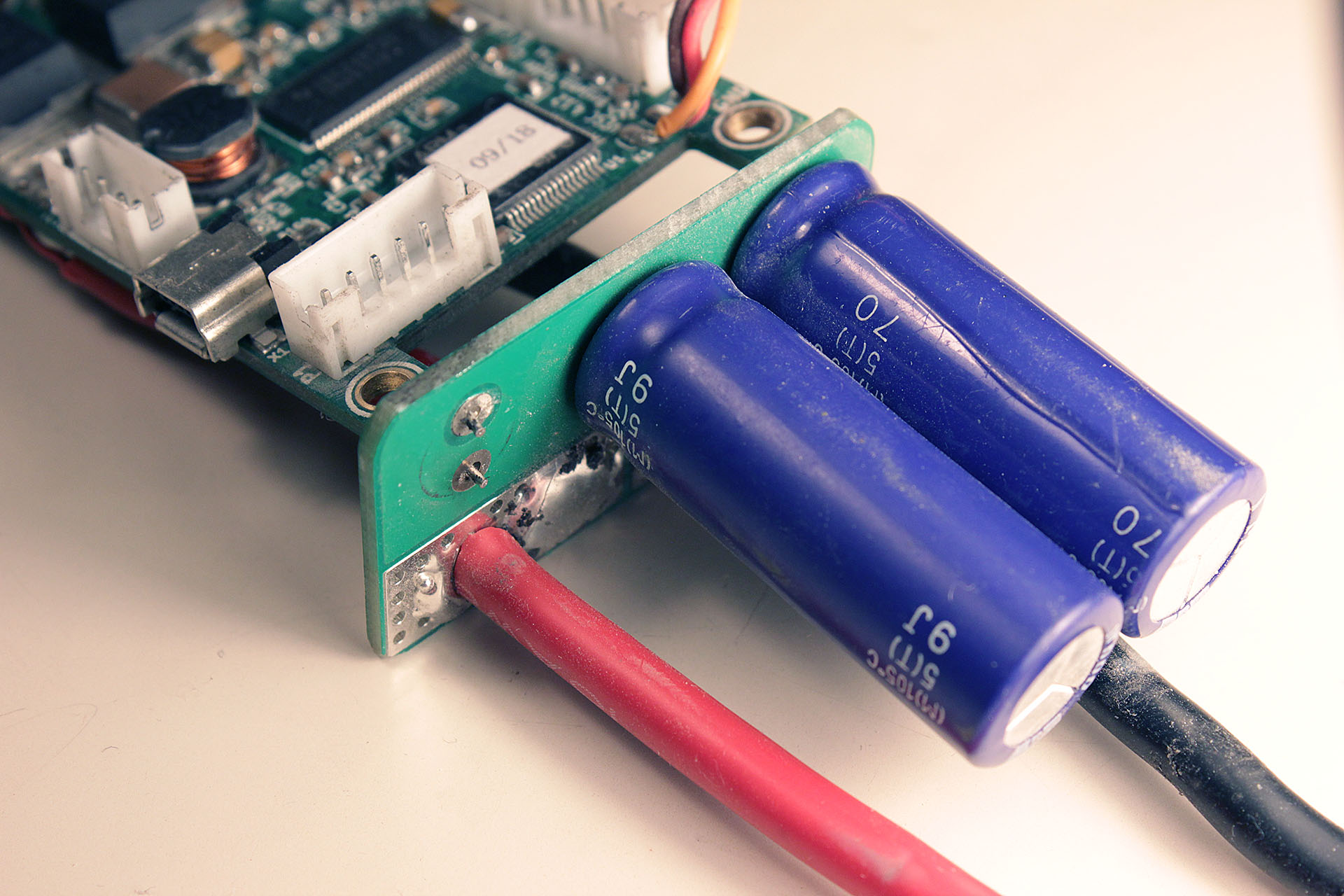 as if that was not enough, the pins broke inside the capacitor thus making a simple re-soldering job impossible. 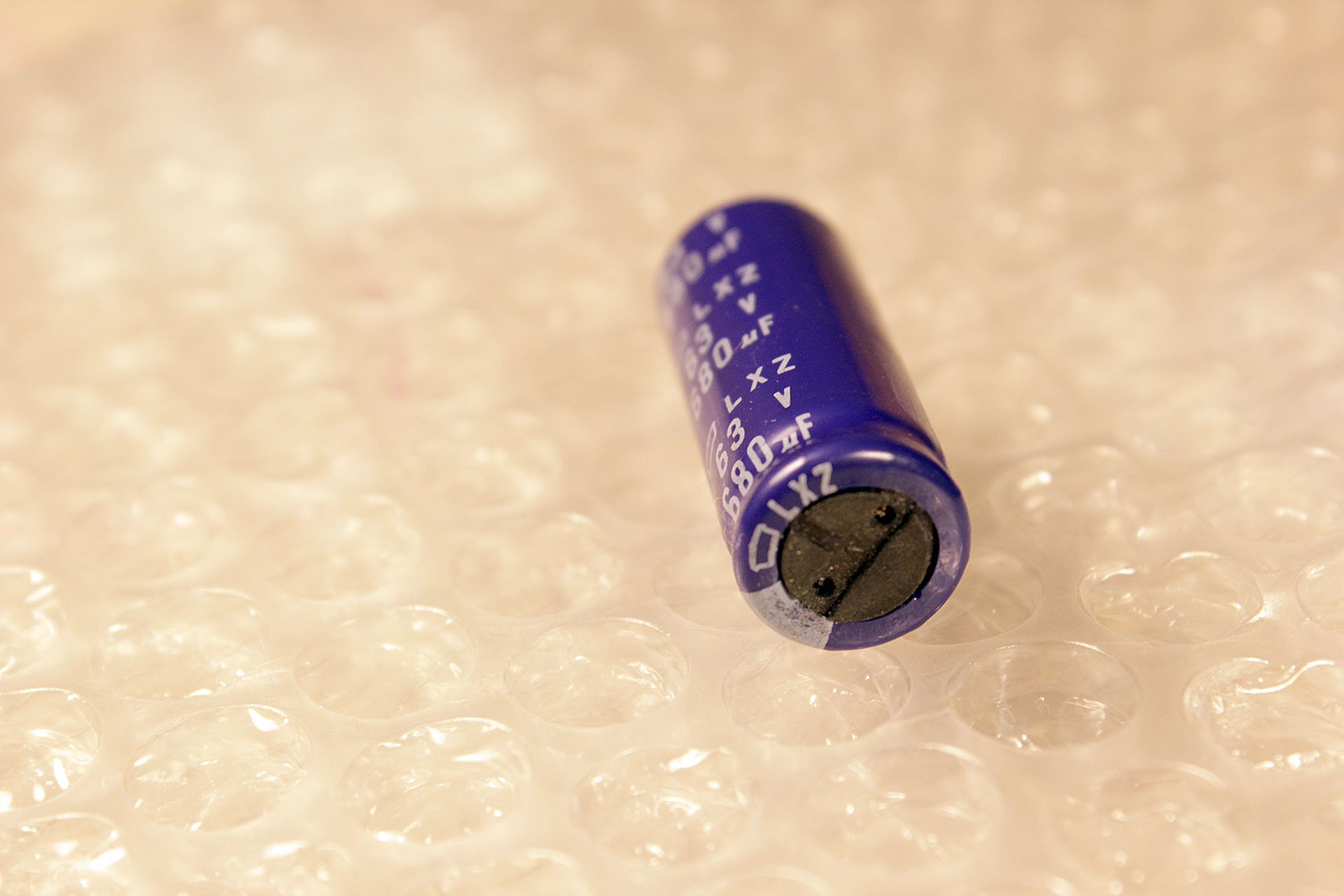 After a quick search i found this capacitor as a replacement. it´s a bit bigger but it has a low ESR and has more capacity…hmmm…after feeling encouraged by @lrdesigns respond to my post I decided to buy the capacitors and replace the old ones. here´s the link to the capacitors 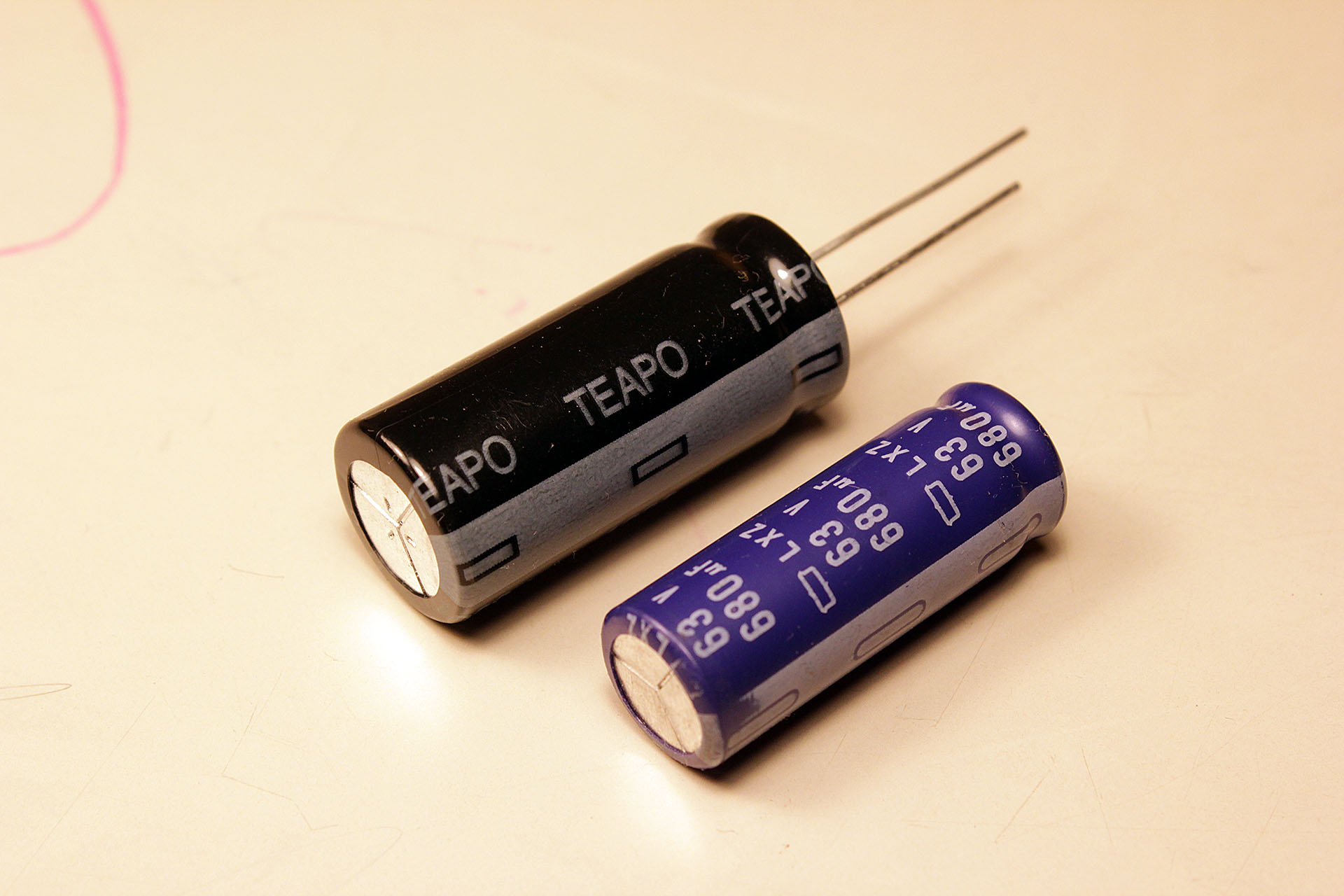 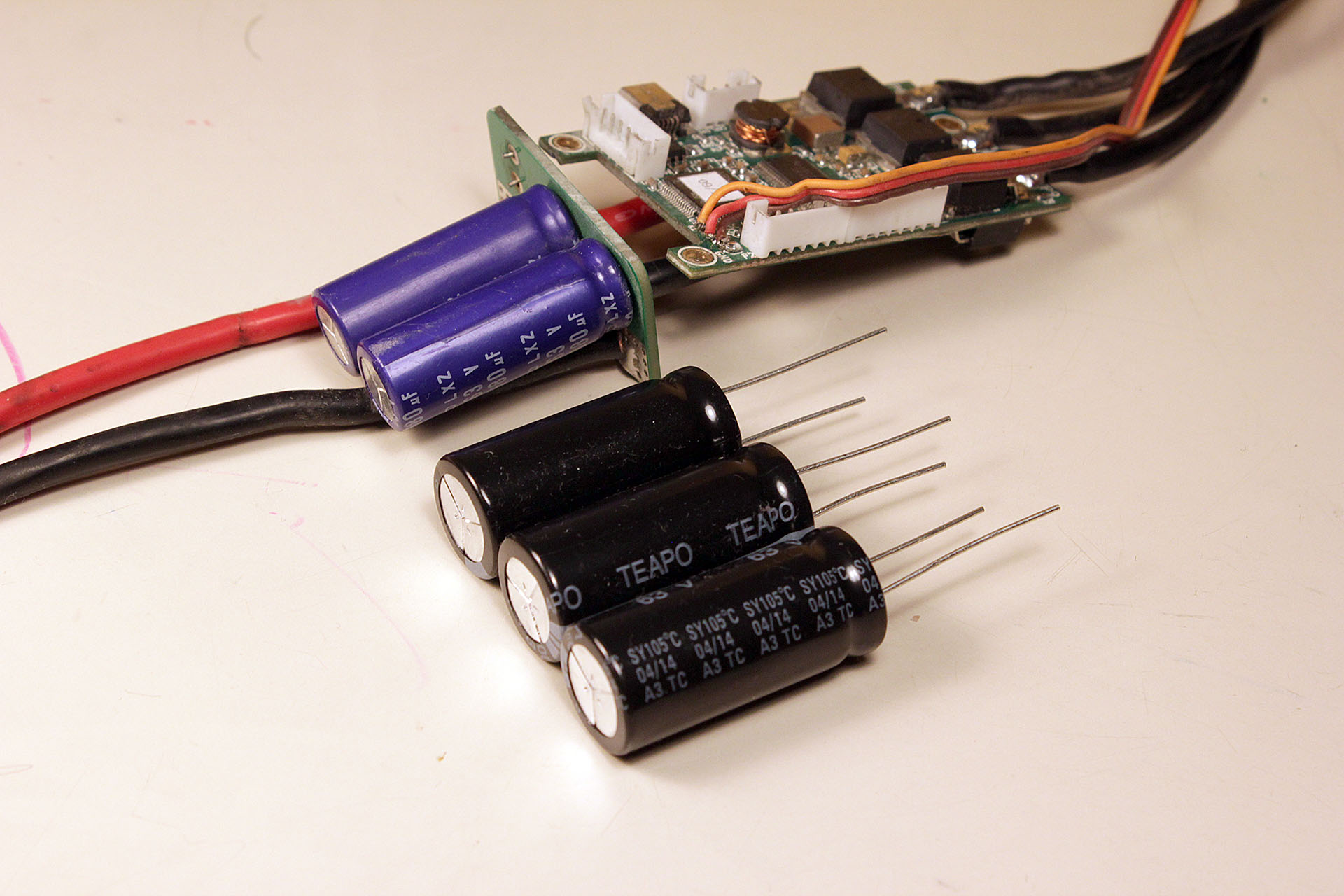 Unfortunately, i managed to ruin two of the soldering terminals. I solved this by scraping off enough material till i saw some copper to solder on to.

since the new capacitors pins have a different spacing it was neccesary to bend the pins to fit. 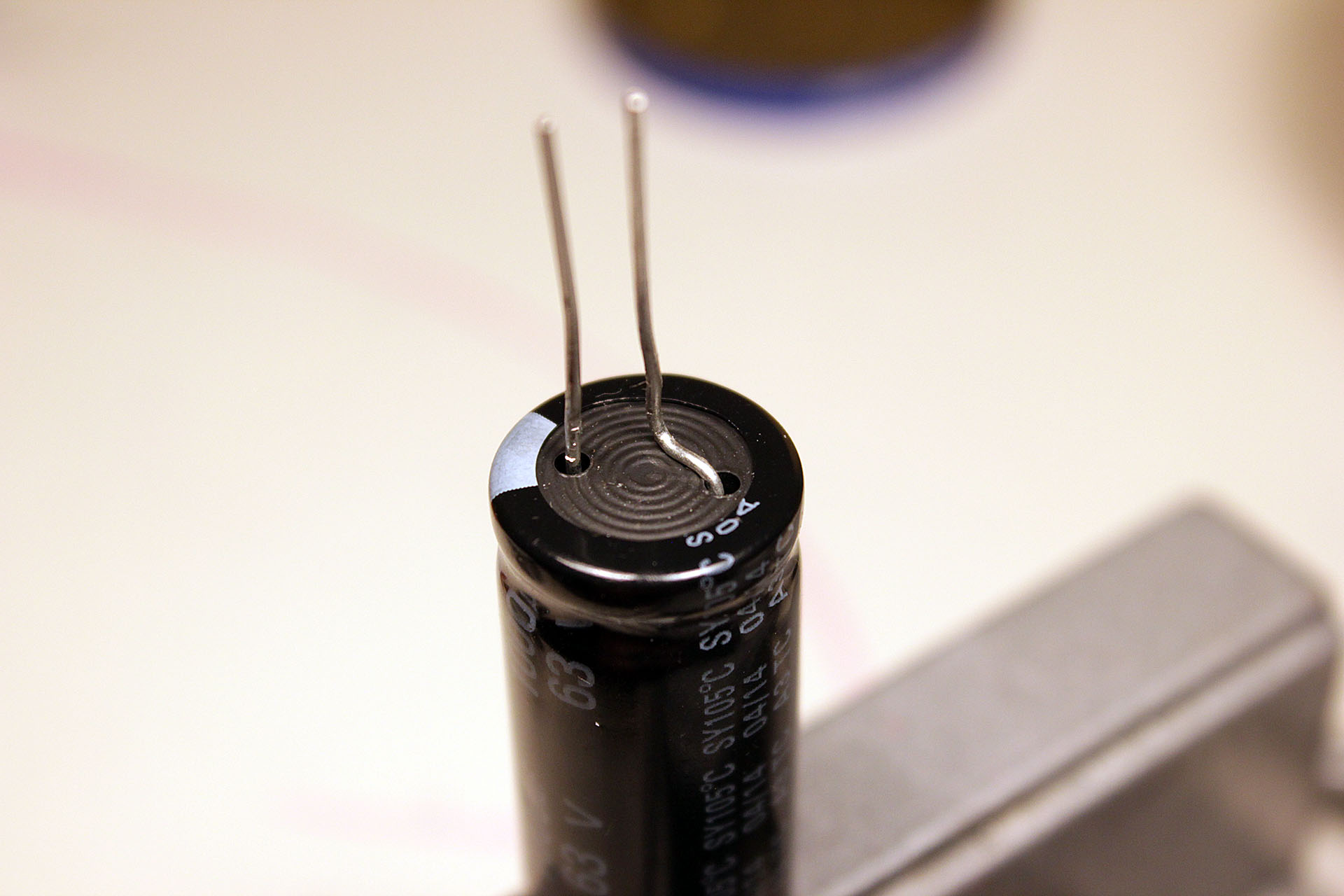 I started with the capacitor in the middle and then proceeded to solder the outer ones. 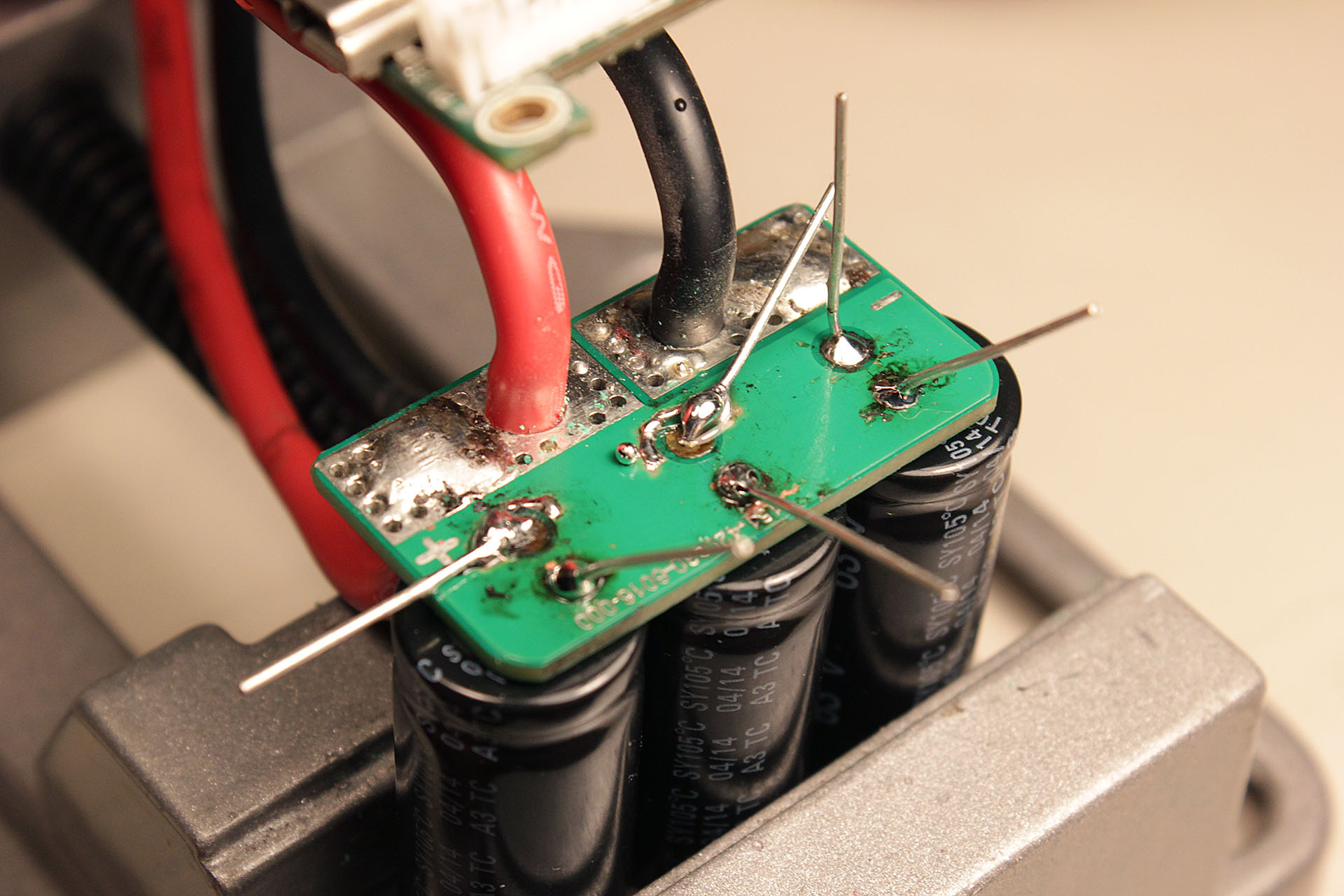 I cut the excess pins off aaaand…voila!

Now I need to print out a new enclosure that will accommodate the new capacitor bank plus the mini remote receiver and attempt to make it water proof.

whew…thats all i can do for today, gotta get some sleep…

But does it blend?

Awesome. Put some hotglue between each cap so it can’t vibrate as easily. I would also glue or otherwise fix them solidly to the enclosure.

ON all of my drones I use shoe ghoo. It’s better than hot glue in my opinion. Old school RC aircraft guys use shoe ghoo for all kinds of things. You can purchase shoe ghoo from walmart in the show department.

You may fix the capacitors on the PCB with some silicone or hotglue so that these don’t break of by vibrations again.