What is the best way to setup a 10s3p batterys

What are your opinions on it?

Which of the 3 parallel packs does those white balance leads connect too? Or does it matter?

The bms is good, i would use 40 x samsung 30Q (10s4p) batteries and wire it like the picture describes i did it myself and iam rly happy with my battery now. 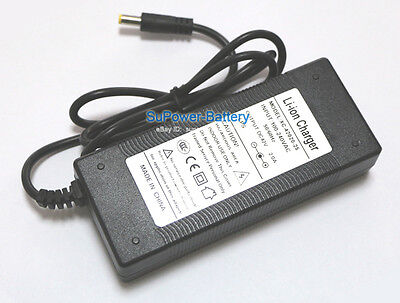 The batteries would be at 60a, but at less ah. Meaning, you would have more juice at the motor, but less watt hours. The he2 cells are rated at 270 wh, where as if the samsung 30q where in the same order they would be at 324 wh. Which increases range. Unless you get a good deal with the lg cells I would get the samsung 30q. Plenty of people on the forum say they are the best cell you can get atm, at least for eboards.

The bms links are dead btw

but just from the url of them, they look good lol.

Now to the chargers. The Chinese one seems to be the one people are going for. But it looks like the $50 one will charger the batteries a good amount quicker. Now I don’t know if that is bad for the batteries, which the bms should protect it from that, but i’m not 100% sure.

Essentially I am wondering if the 60A one will be significant as the price is about double to upgrade to 80A.

Your max amperage on those lg cells in 20, so 3 parallels would equal 60 max. So yes it should be alright