Right now we have belts and hubs both with their pros and cons and I’m not gonna argue about which one is superior all I want is choice.

I’ve been obsessed with the idea of using gears instead of belts ever since I saw someone using them here on this forum. I think if done right a gear drive could be easier to maintain in the long run even if it means higher costs upfront.

I’ve searched around about the matter but most avaible gear drive systems are for mtb but I really want something for street boards and there isn’t a lot of interest in them in general. The main cons with gears is alignement and noise which I think can be ironed out with R&D

I know that the small size of street wheels makes it challenging but I really hope that someone comes up with a user friendly design. I really want to contribute to R&D but I don’t know anything about gearing but I wouldn’t mind if someone enlighten me about the subject.

My dream is having a sort of sealed gearbox that also serves as a motor mount which can be made in different ratio that uses commonly avaible parts for simplicity.

You should check out @kug3lis gear drives. I just ordered the Fatboy mini 3:1 gear drive for TB218 lol. He makes high quality stuff and you can check out @mmaner and @deckoz builds with these drives both using big wheel hubs and urethane gear drives respectively.

Although there aren’t any ways to change ratios on the fly as that would mean gaps within the gear box I don’t think theres a dire need to have it changeable. Currently only @kug3lis provides gear drives that use standard RKP trucks while others like @nowind or @kaly produce gear drives for mtb style decks. You can always go with Trampa gummies if you want that street performance.

It is also difficult to machine these gears and have to align them just right if you want a variable gear ratio. You’re right on the noise but if Helicals make enough market sense and can reliably be produced then you can make it much more silent though I’ve asked @kug3lis about it and it just doesnt make much sense for the added complexity of Helical gears as these are not as easy to produce hence they allow for lubricants to get that silent operation which i think is nice cause you can get one thats more audible(when running dry) or silent when lubricated.

Just my 2 cents but been reading and researching about it as well until I finally made my choice and purchased my drives earlier. Hope this helps!

Edit: @kug3lis is also in the process of releasing his urethane gear drives that work with 107mm though I would expect them to work with @torqueboards soon to be released 110mm urethane wheels

Edit2: Disclaimer i don’t work for or with @kug3lis

but I think I can give credit where its due as He’s done well with providing these to the market.

I’ve checked their stores actually! But I kinda want more a bit modularity. Gear drive is still niche in the esk8 community so more vendors jumping onboard is welcome

You can try hitting up @uigiroux as I’ve had some discussions with him about his gear drive that He’s working on that allows easily swappable urethane or pneumatics. You could always purchase the mounts and swap the entire mount and gears though I don’t know if its as simple as that to get the modularity you’re looking for.

Though that is something i would like to have, I do expect to stay on pneumatics as roads here are bad so the less problems to worry about when going for a ride is something I’d take.

Hi, I am designing the 3 part gear drive with @uigiroux . Right now I don’t have a solution for making the drives fit pneumatics and urethane wheels, but I have solutions for mounting on different trucks

Awesome! All the best with the development! Would be curious to know the reasons as to why the decision to go with 3 gears over 2? I do recall @uigiroux stating that would get better clearance of the ground but are there any other reasons like say, in terms of performance and torque delivery?

There are several reasons, most of them can be explained by @uigiroux since I am just the guy designing, he has just thought out gear ratios and all the good stuff.

One reason is because it allows us to use a smaller wheel gear, which means we have more clearance.

Understood. I haven’t spoken to @uigiroux since then but I do kinda get the idea of it. I went with the Fatboy drives as these were already out in development and I didn’t want to take too long sitting on parts and all as this will be my first build.

I’m definitely interested to see the development of the drives as these would certainly be the first around with 3 gears that I’ve seen on the forum. All the best to you guys!

Yup 3 gears is mostly for clearance with big 6374 motors with urethane wheels that’s the main challenge with gears they’re inflexible with size adjustments and the main reason why they’re mostly avaible for mtb only.

I’ve seen @moon’s design with the 3 gears and I really like it. If we manage to use commonly available parts instead of miling them from scratch that’ll reduce the costs by a fair bit but that’s not easy I guess. If someone want a different gear ratio we can make it so that they could change the whole box because making interchangeable gears within the same box would be too complicated I’d rather have multiple gearboxes with different ratios instead

Well they are module 2 gears but they are modified to have bearings inside, and they are 15mm wide.

Sure I could design something that could use stock gears, it would cost next to nothing to buy. But it wouldnt be very reliable

Right now there’s only 1 commercially available for street wheels, I’m waiting on Fatboys for Dual Rear Drive since the only one available street wise are only 1,000 for two. They’re efficient and very well may be the next dominate drive train. They should be popular street wise anyway.

Was asked to show pinion to spur build. scuff wheel surface and used windshield urethane to fill gaps and attach gear. Used a wire jig to 0 the gear run out. after urethane cures drill and machine screw wheel. This method was cheap very...

Definitely have to say @moon is the real genius behind the design we’ve been working on, I don’t know how to use the software, so he’s done the majority of the work. The main idea behind using 3 gears is two fold. First, it gives you enough clearance from the hanger and base plate of the trucks so that any motor size can be used (63mm, and if the hanger is long enough, up to 84mm, but for most that would mean 6374.). Secondly, it makes the ground clearance from the wheels side of the gear drive much greater. I’m not sure what we currently have for clearance as the ratios have changed a few times, but we had up to 24mm clearance at one point (figuring with a 107mm wheel, the case was 59mm in diameter at the wheel). Anyway, we’re just trying to get some finances sorted to proceed, but that’s the basic idea behind it. Originally I was thinking just about using a 2 gear drive and making the hanger longer so the clearance from the motor to the hanger wouldn’t really be addressed directly, but decided against that as it would make the hanger very wide and effect turning radius, etc. So we haven’t been able to make a prototype yet and see how realistic this concept is, but I think it’s definitely looking like a good idea, and @moon has been fantastic at solving many design challenges we’ve come across

I’d love to see how it looks and how well it performs! I’m sure it’s possible to retrofit the system on current belt based motor mounts such as @marcmt88’s brilliant mounts.

Do you guys have a working prototype? 3D printing should help tremendously

@moon has one, we’re working on it

@MoeStooge does mention in the link the dropped here that metal on metal is best and lasts longer. Sorry not sure if you were referring to 3D printing the gears or the case but just so you know in case you haven’t opened his link

Ah got it. Yeah way cheaper to do so during the prototyping phase. Plus quicker to get out the designs on hand to test 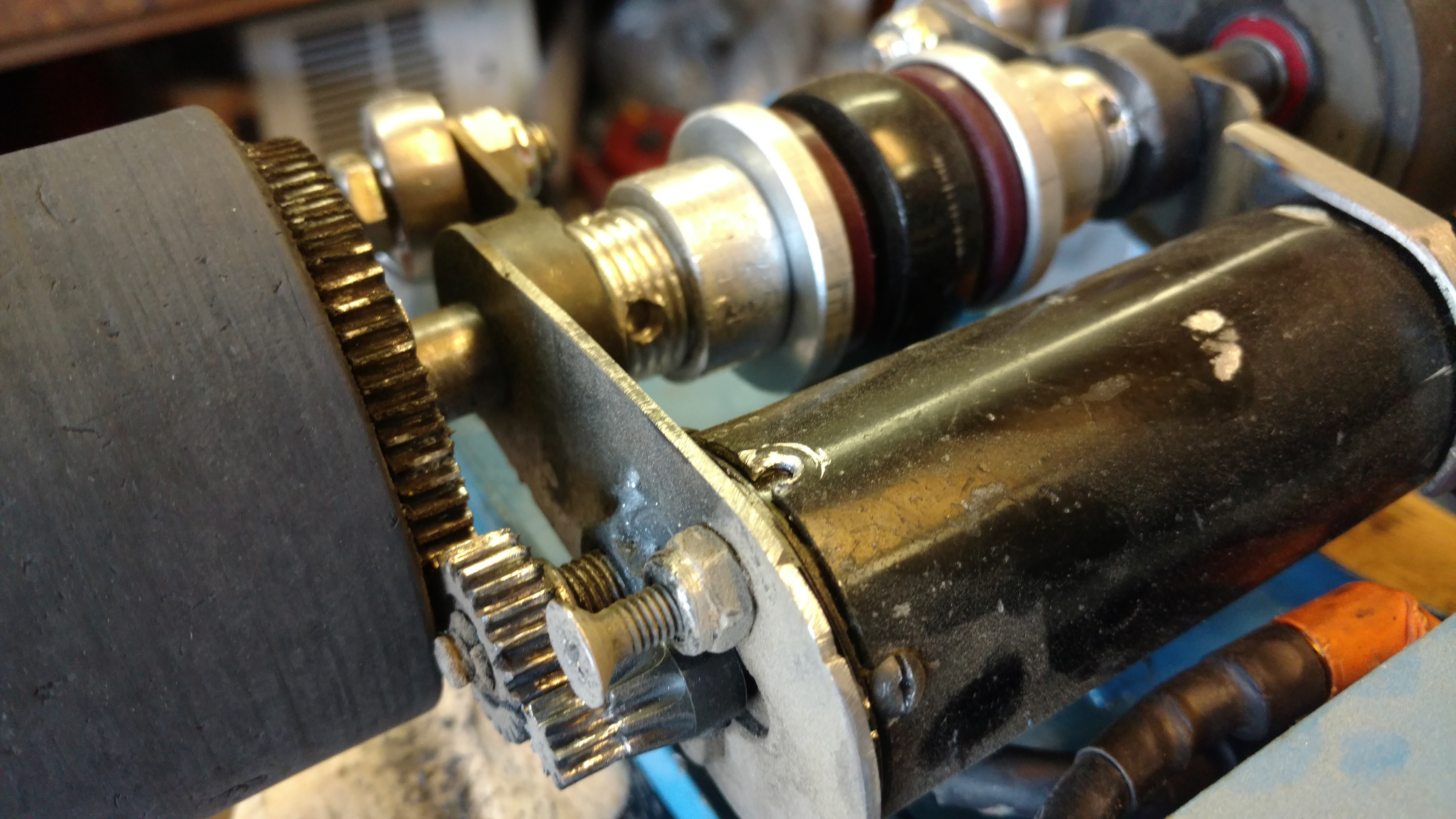 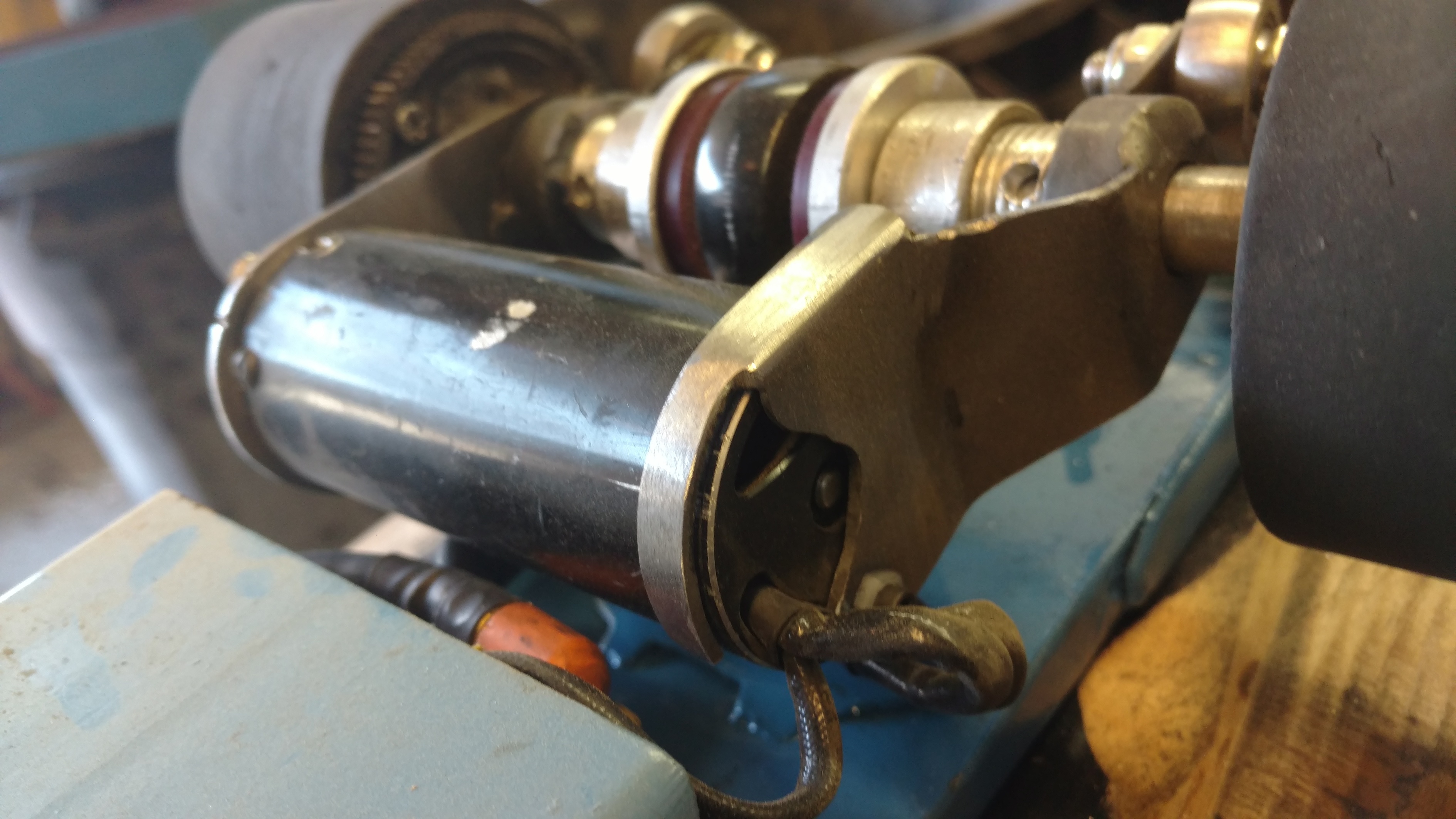 How does the idler gear work with respect to gear drives? I’m guessing not in the same way idlers are used for belts?