Why my belts were skipping before and aren't anymore!

Hey there, friends! I figured out why my belts were skipping, and ill talk about why they aren’t anymore, or at least the conclusion I’ve come to. If you are plagued with occasional belt skipping, and idlers/tight belts don’t seem to help as much as they should, keep reading.

First a bit of background: This applies to all those pulleys that bolt onto flywheels and clones, or others that do not have a bearing that keeps your pulley centered. I tried idler pulley, and that did not stop skipping for me, for some crazy reason it would still happen occasionally. I was surprised to find in testing my 3D printed pneumatic hubs that even though I had ~2x less teeth in mesh on the motor pulley, I got zero skipping ever, compared to skipping quite often on the same motor pulley, double teeth in mesh, on flywheels… And the only difference had been the wheel pulley bearings.

My findings… Having a pulley that integrates an additional bearing to keep the pulley centered is essential. If your pulley just simply bolts on to your wheels and relys on your wheel staying centered to keep the pulley centered, any play in the wheel from a worn out core, soft core, or anything else that ends with a tad bit of wheel wobble when twisting it perpendicular to normal roll will cause belt skipping when forces are applied to the pulley during breaking and acceleration because of that play- and bearings eliminate this play, ideally.

Last night I did a real quick test print to verify this connection I made in my head, to see if adding a bearing to keep the pulley centered actually works… 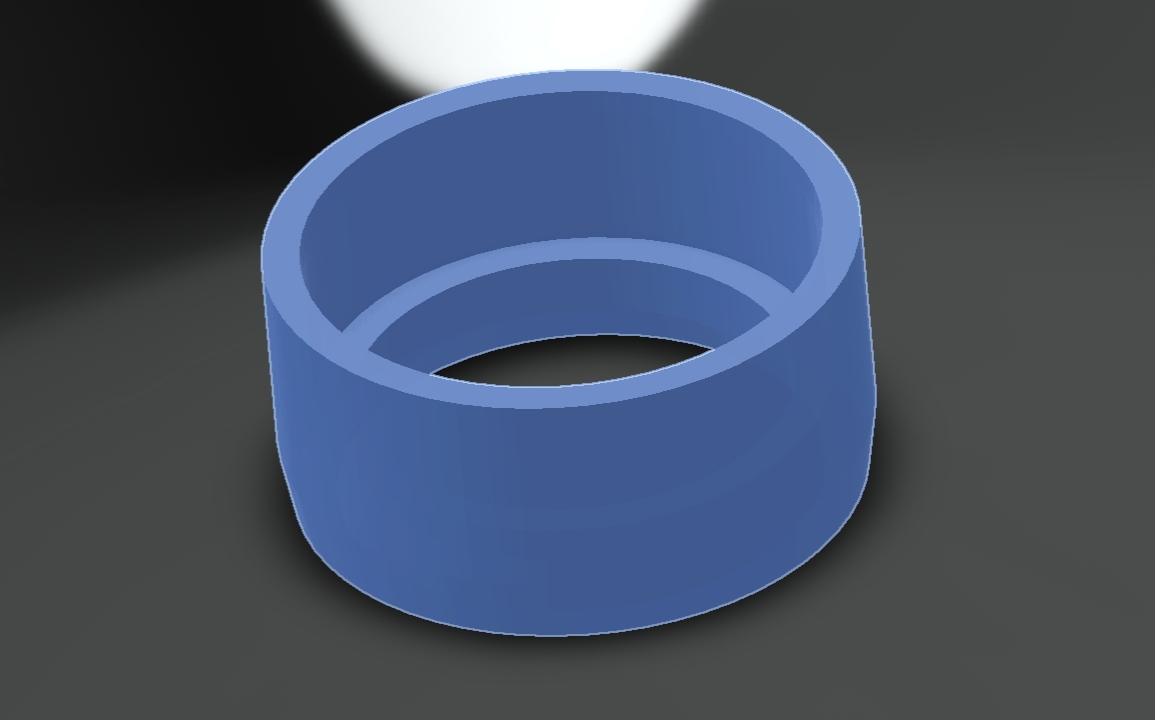 This simple ten minute print for example, fits inside of Johnny’s 36t flywheel pulleys, fits a zealous bearing flush against the other two wheel bearings for three zealous/built-in style bearings per drive wheel, perfect for extended axles like on the TB218 trucks.

I took it out for a test ride, and you can hear the extra bearing working when accelerating and breaking… And when wiggling by hand the wheel and pulley no longer have any play in any direction but roll unlike before…

…And I got no belt skipping at all, despite being essentially the same as before, just with a bearing added to the pulley to keep it centered.

I’ll update if the situation changes, but for now my conclusion seems to be, get pulleys that don’t rely on your tires to keep centered… Get pulleys with bearings if at all possible, or print adapters to add bearings to your pulleys if you are having belt skipping issues.

Ive got three bearings in my pullys.(each) it’s beautiful lol.

Besides eliminating belt skipping, it also gave me a quieter ride, smoother braking/acceleration, and +4 mph in my top speed.

Now that I think about it, I had to take my headphones out a few times because overall it did sound significantly quieter and I wasn’t used to that.