I was thinking of buying one of these 2 boards (I will probably go for the WowGo 2) but my biggest fear is getting the backwheels worn since those are hub motors wheels and I dont know if there are replacement rubber tire available or even if they are possible to be replaced.

I’m not gonna carve with it so maybe its a stupid fear since it will take a long time before those wheels become useless.

Check out the new exo board by CarvON. You wont have that problem with it since its a direct drive with full urathane wheels.

The only problem you get is waiting for delivery.

Already bought the WowGo 2, apparently delivery is quite fast (considering it comes from china), arround 2 weeks and regarding to the urethanes, I found some which I’ve been told are compatible (https://verrealboards.com/products/replaceable-hub-motor-urethanes).

I will keep you updated regarding the shipping in case someone is interested in buying the same board. For record, I live in Barcelona, so usually the shipping is faster than any other city in Spain appart from Madrid

you could replace the hubs with these when they wear down these do have thane that can be replaced http://www.diyeboard.com/replaceable-pu-hub-motor-8352mm-450w-for-diy-eboard-p-626.html 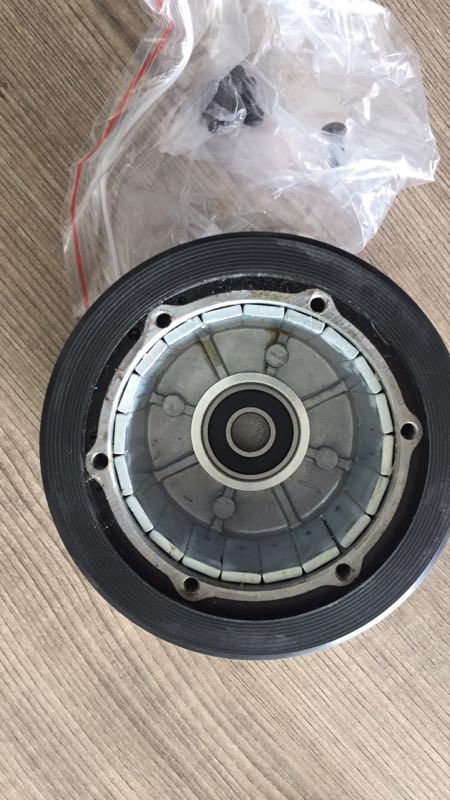 They are some what replaceable, only if you have some good skill and time to spare…

My lid came off, if properly done the upper shell is replaceable by just removing screws, unfortunately they are not sold separately

This motor http://www.diyeboard.com/replaceable-pu-hub-motor-8352mm-450w-for-diy-eboard-p-626.html is specified for 36V, Meepo full loaded gets over 36V. Better would be motor specified for 42V.

Hey @vishal_tejwani that happened to mine too, in the first 2 days after receiving the board! Turns out it’s an easy $5 fix, I used JBWeld from my local independent hardware store to permanently fuse the hubcap threads into the hub motor enclosure. I now have over 400 miles on the board, and still going strong. And I think I can still take apart the motor from the other side where the screws are, if I ever need to do further maintenance.

How has your experience been with this board? Been thinking about purchasing it as a gift for someone who is a beginner. Thank you.

I love it! Because the controller has 3 modes (low, medium and high) I think its quite suitable for a beginner. The only think which you have to get used to is the brake which is quite hard and you will probably fly off the board once or twice before you get to “control” it, after 2 days of riding the board I already got used to it, its just a matter of changing the weight distribution which you will do instinctively once you get used to.

The only problem I “suffered” is that one day I was riding the board as usual and I noticed that it had less torque and less brake strengh. I lifted the board and one of the motors was not spinning, I turned off the board, turned it on again, and the problem disapeared and never happened again.

Oh, and it came with two controllers but I wasn’t able to pair one of them, but its fine as long as the other one works ahahha.

Thank you for the reply. How often do you ride it and what do you think about the quality of the board after 3 months of use? Thanks again.

I use it almost everyday since I use to go to university and come back home (arround 10km). I bought the version with the 20-22km and I would say the range is more like 16km cause after that the board looses torque and speed and the ride is quite less enjoyable. Of course you can still ride it (its still quite fast) but you will notice the diference in terms of power in that last 25% of the range.

Regarding disconnection problems, which was a major concern for me since it was using a remote similar to the mini “winnin” remote, I haven’t sufferend any disconection and the board behaved perfetly.

The only electric boards I’ve tried are this one and the one I built myself (so I have no other reference) but if you have the money and you enjoy going fast and avoiding public transport, I would say go for it. Plus the wheels are quite big so its quite confortable to ride in most surfaces

Great. Thanks for sharing. It looks like a good deal for the price.

This site https://www.electricboarder.com/best-electric-skateboard/, does have a coupon esk8off25 for $25 USD for use on the wowgo site. Not much, but enough for a family meal at McDonald’s.

Dude, were u able to replace this PU? I have this same default hub… wish I can get some new thick PU’s on them

Hey guys, Have been wondering if I can upgrade the Wowgo 2S with the Skullboard Airless wheels. Any thoughts on that? Will the motors/esc work? Thanks