So I have been hard at work building my new 100 mile electric skateboard, it’s time for a build thread!

With the help from sponsors, Hobbyking, Avenue Trucks, Riptide bushings and Helter Skelter Hybrids I’m slowly putting together the pieces. During all this progress, I have been training and riding my 50 mile setup and burning through belts commuting to work over 20+ miles a day, but this thread isn’t about that, let’s look at what I have cooking in the kitchen cus it’s all about the nerdy gear, right?

I took everything I learned from the 50 mile board and laid out the largest and heaviest electric skateboard this world has seen yet. Like all skateboards I started with the deck, and that’s where Brian from Helter Skelter Hybrids comes in. Brian has been building world class downhill skateboards for racing for a long time. He handcrafts each one to custom specs and to the rider. 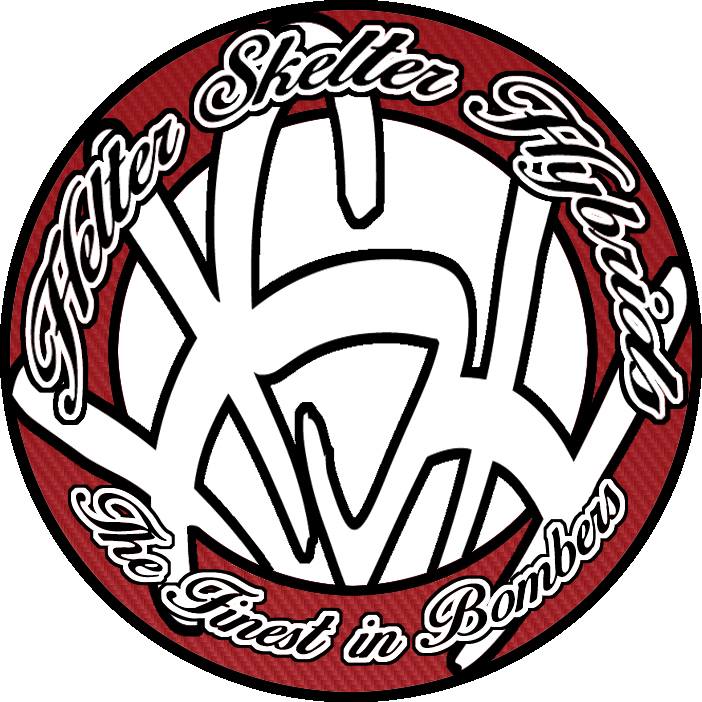 An example of his work 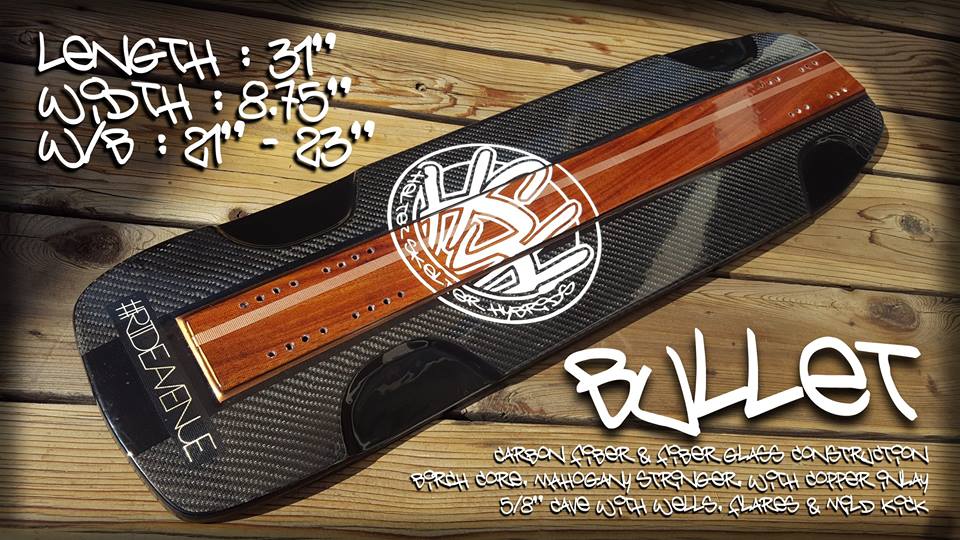 I discovered Brian a few years ago when I wanted a nice downhill deck, it’s nice to have a local guy close by who knows what he’s doing. Brian isn’t an electric skateboard builder, he’s a skateboard builder and can build a skateboard for any use. We talked for a while over some beers, I explained what I needed and his brain raced with ideas, he is obviously the right man for the job.

Brian invited me along for the build, even to pick out the wood for the core, a Baltic Birch on the road-side and a Walnut on the ride-side, both from from http://www.hugheshardwoods.com/ a local supplier. 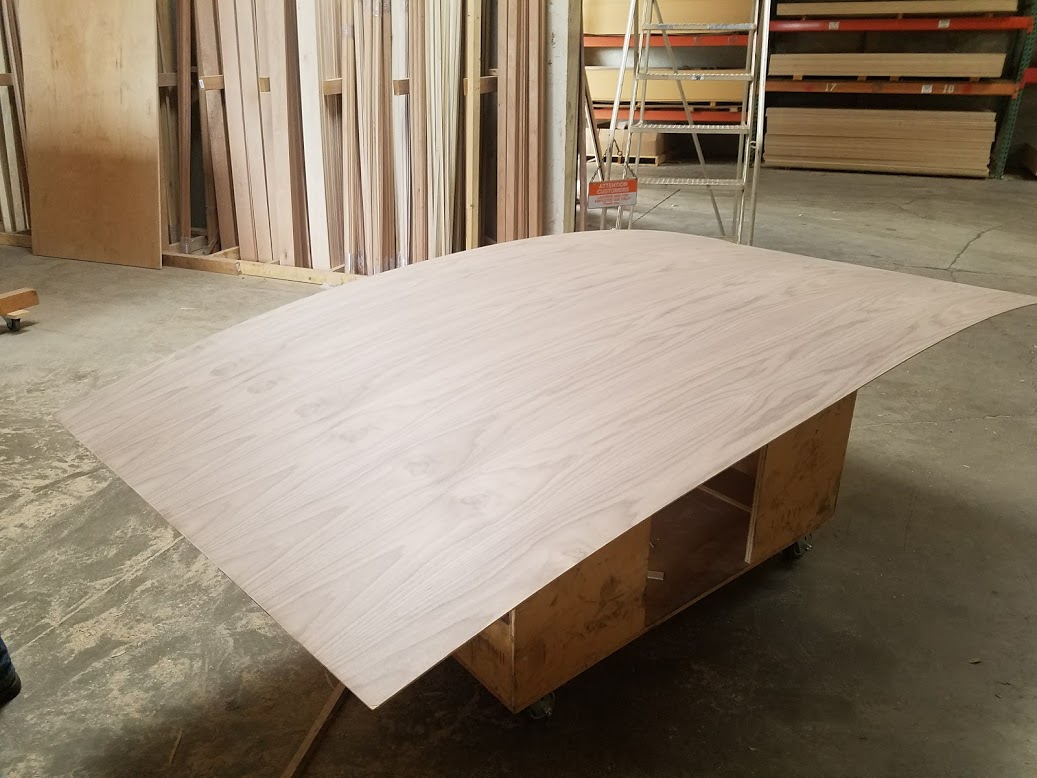 Brian and the dudes from Hughs cut the expensive sheets down to size for the skateboard press. 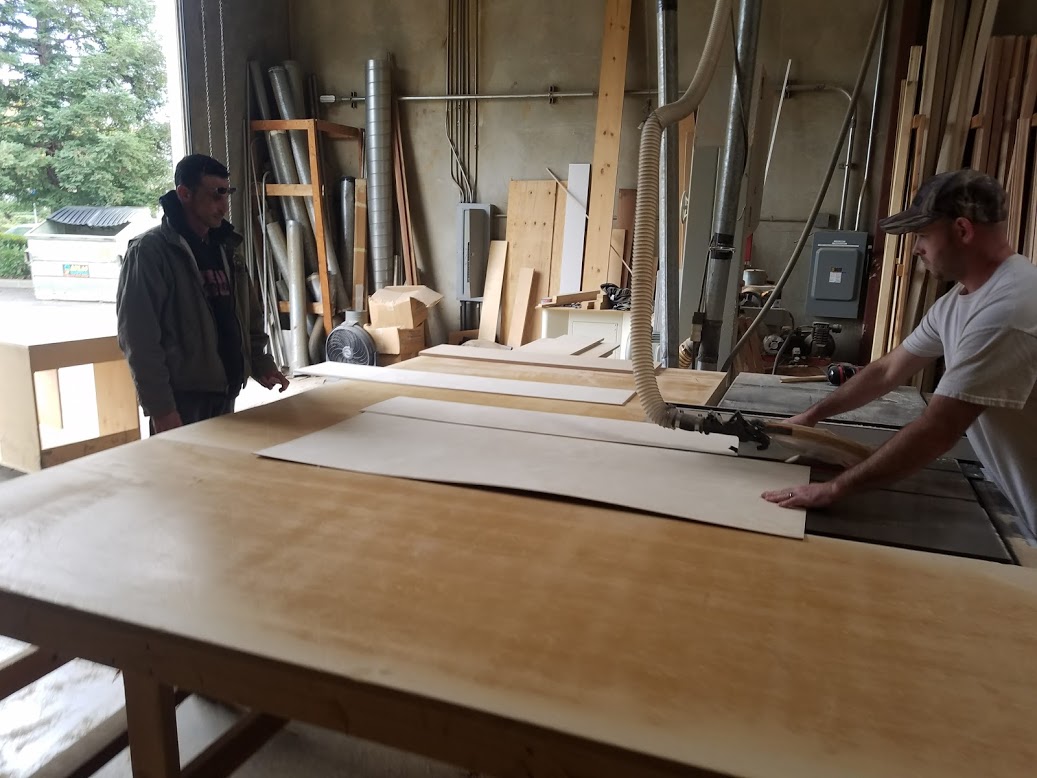 Brain with the raw materials for our masterpiece 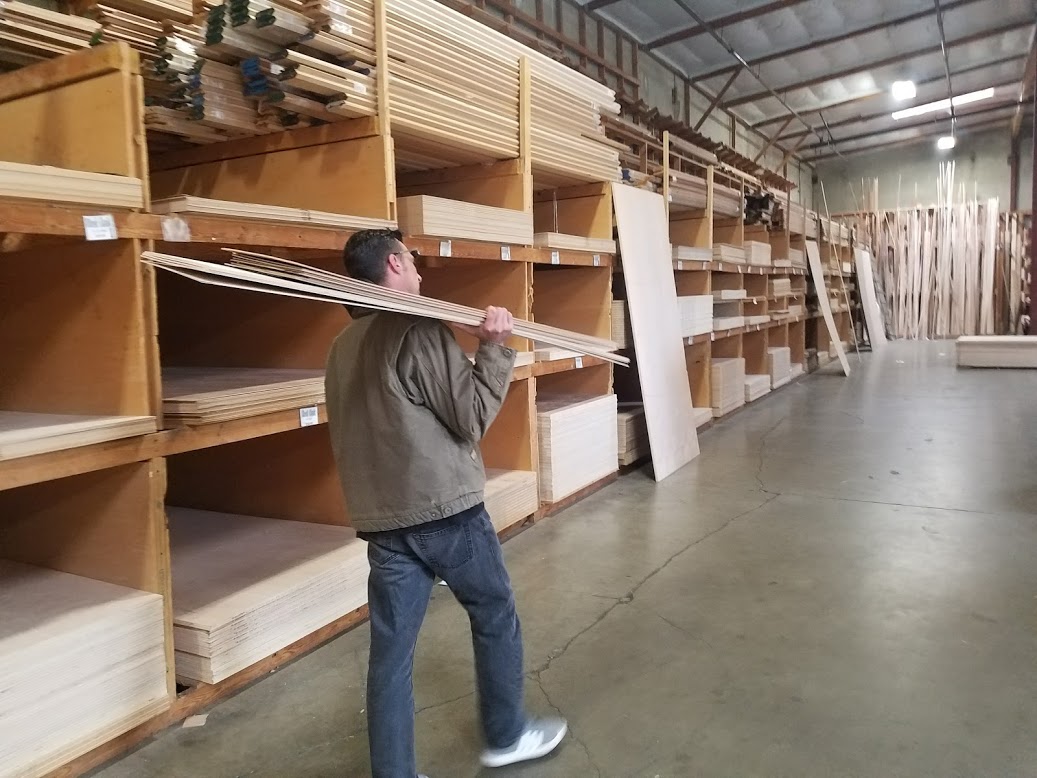 I choose the grain for the top and he laid it up in the skateboard press with fiberglass in between the layers for added strength. Pressed using a mold and some custom blocks, I wanted it to be flat in the rear with a wide and mild concave for my front foot so I still had good control. 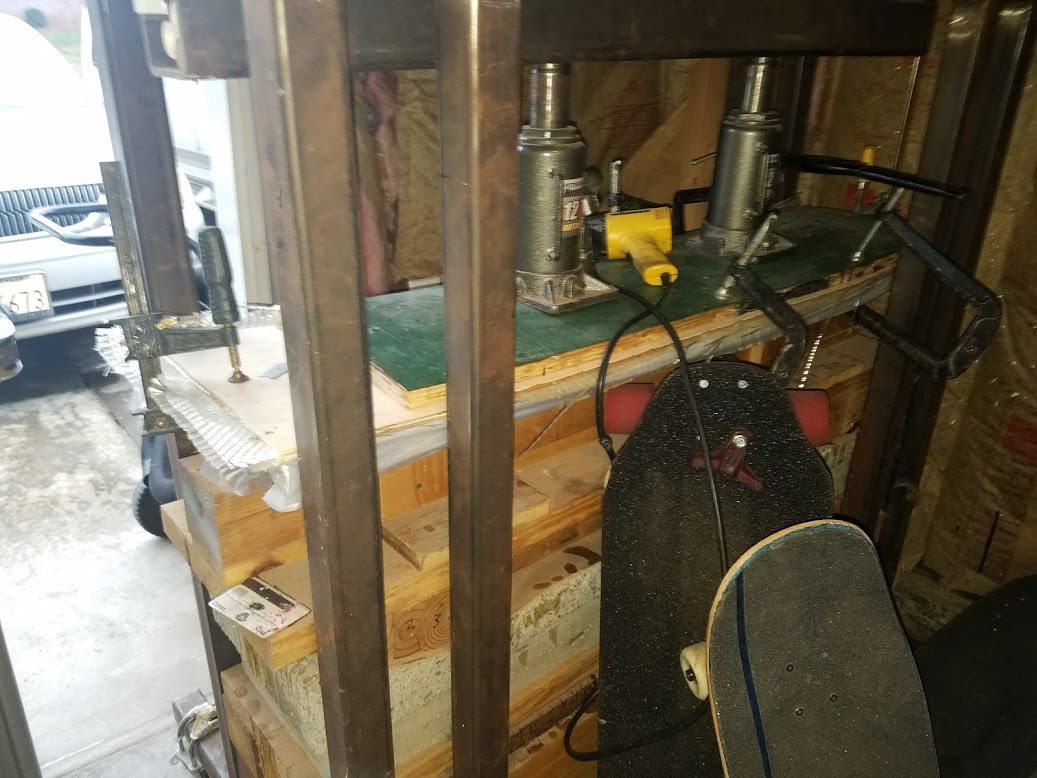 A few days later and this popped out I laid out all the batteries I think I need, 15 total 4.400mah 36v packs (still waiting on some in the mail) to find the total size of the deck and the wheelbase. 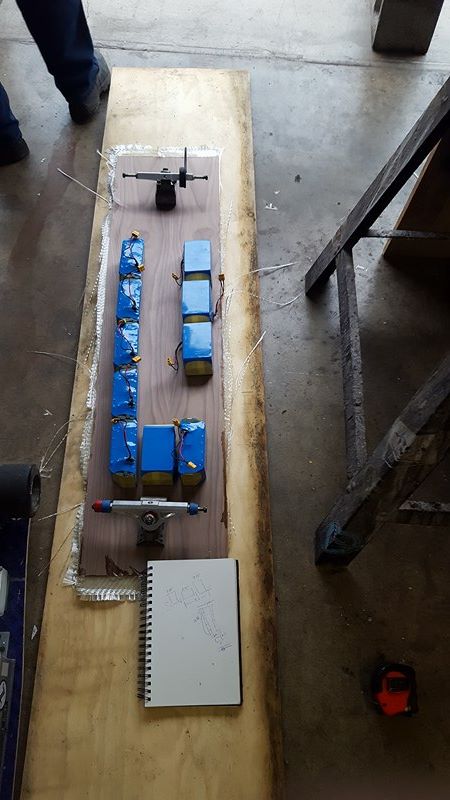 We decided on the functional and popular bottle-nose for the front and I drew a cool split in the tail, for some California surf style in the tail 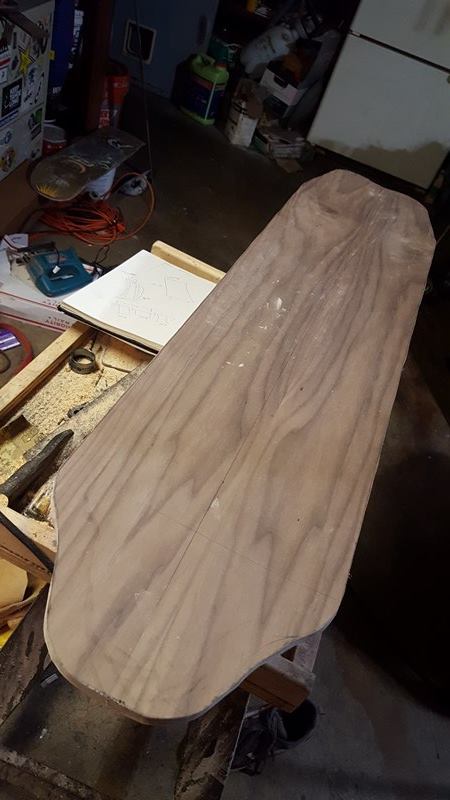 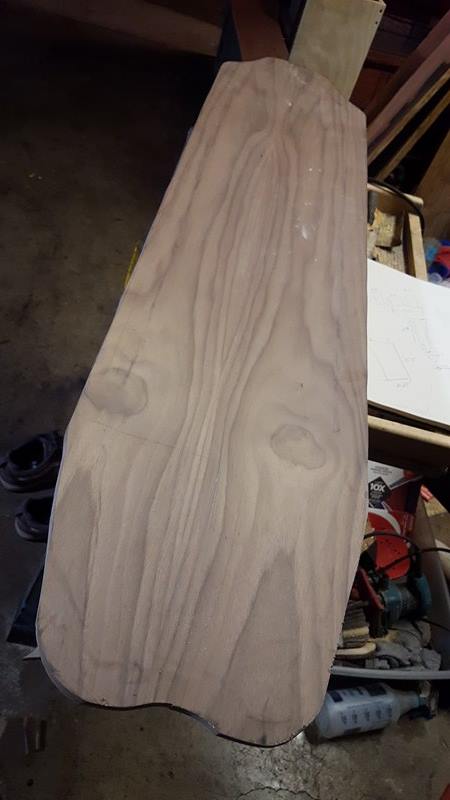 I wanted some wheel wells and a flat spot to mount the batteries so this week he routed out the bottom and started on the 1st layers of clear glass on top. The top with it’s 1st layer of glass, it’s beautiful! 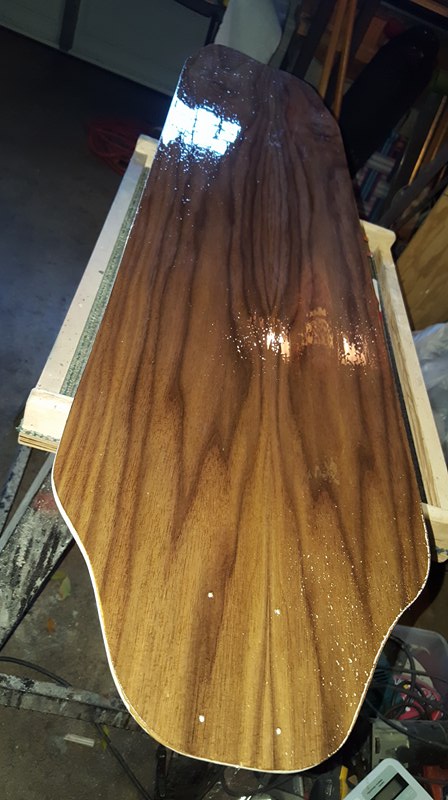 While all that has been going on, I’ve also been working with Paul from Avenue Trucks. As you might already know I’m rocking some cool prototype suspension trucks we modded and adapted for electric skateboarding. 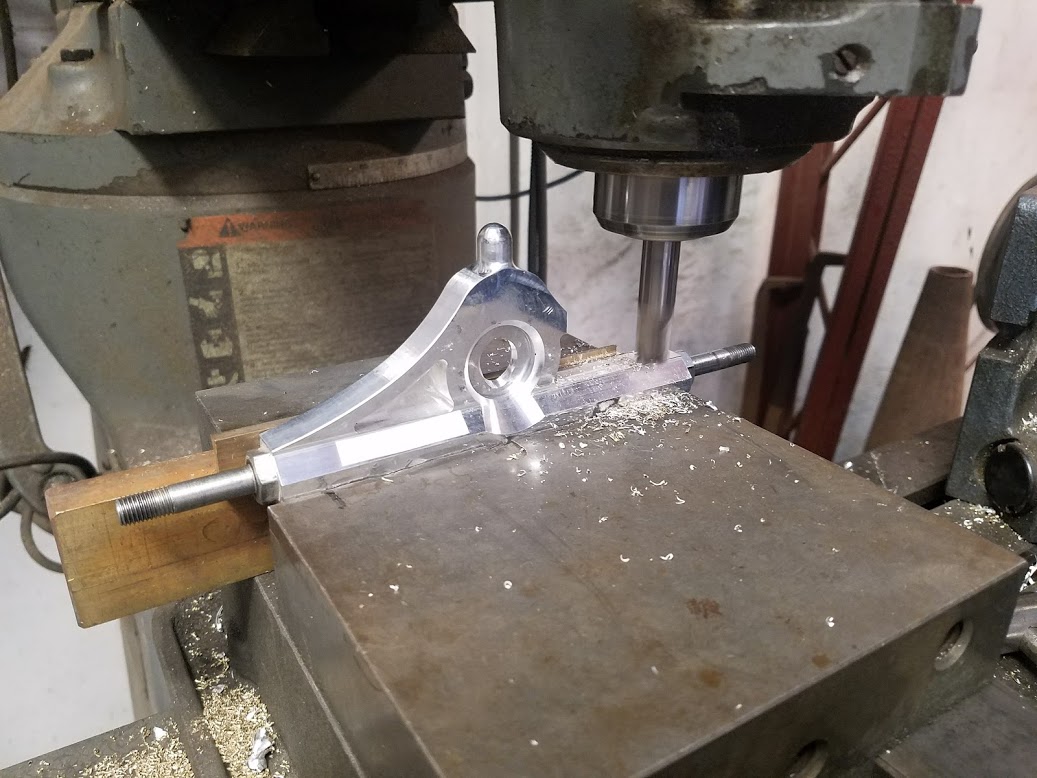 In the future I hope they release some trucks specific for the market, I’ll keep you posted. Suspension makes a lot of sense on an electric long range board.

Riptide Sports the guys who make the best skateboard bushings in the business sent me a really nice pack of everything I need to tune these trucks for any trail or ride I’m planning on doing. I’m currently using a WFB fatcone board-side in the rear and it helps a lot with traction on an electric skateboard. I’m using their Krankz on the road-sides and they are so nice, perfect rebound and feel. I actually use Riptide in all my skateboards, tall barrels, fat cone, chubbies and even just traditional park trucks, nothing compares and if you haven’t tuned your trucks with some nice bushings you are missing out!

I’m doing the power system math based on real world results from my existing setup. I believe you can do all the math on paper but it won’t help you in reality where the environment and unforeseen conditions impact the outcome.

I used 6 batteries from those silly balance boards or hoverboards, there’s pallets of them on ebay for super cheap so that’s what I started with. 6 of these 4.400mah 36v batteries wired together gets me 52 miles with the HobbyKing DIY electric skateboard kit. So I figured 15 of those same batteries would easily go 100+ miles, no math needed, just ensured overkill. 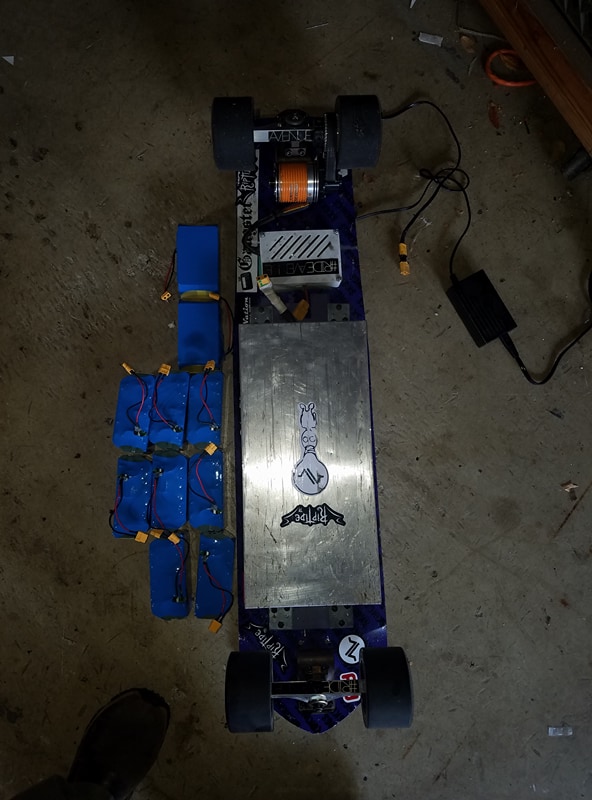 Ian from Hobbyking, and a member of these forums is now helping me out as well. I’m glad to finally have a sponsor who actually makes electric skateboard parts along with the skate companies helping with this project. I hope it provides an example for others wishing to become “sponsored electric skateboarders” and not just shills for the eskate industry, start with the existing skateboard industry as sponsored team riders are the norm in skateboarding, always has been since Stacy and Alva kicked it all off. 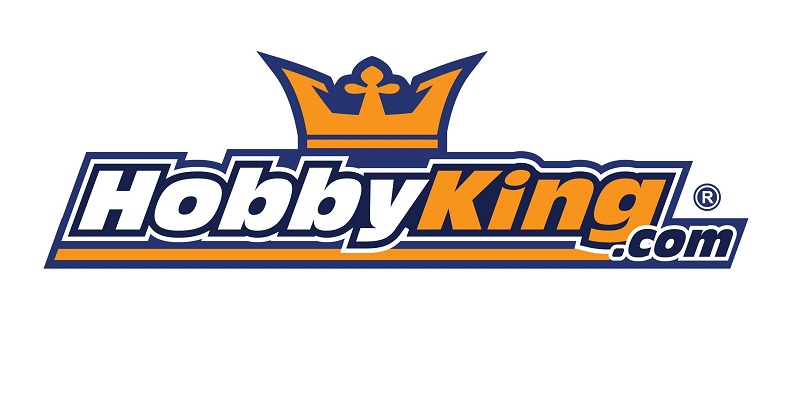 I’ve been using Hobbyking stuff for years for a few hobbies of mine and I’ve always liked them. At 1st I just purchased the DIY electric skateboard kit because it was a cheap solution and had the parts I required for this project. I soon discovered after a few hundred miles on the motor, ESC and pulleys that these are some good solid parts and perfect for my use. The motor is specifically make for skateboarding, and it’s not some RC car or drone motor being re-purposed and they also make a descent version of the VESC which Ive used without issue on all my rides. I hope they come out with more parts for us DIY electric skateboard builders, they make it pretty cheap and easy. 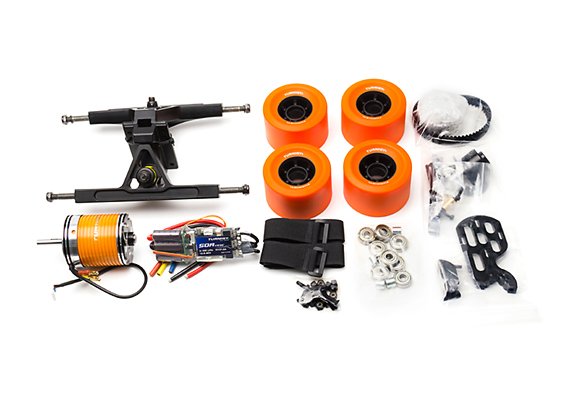 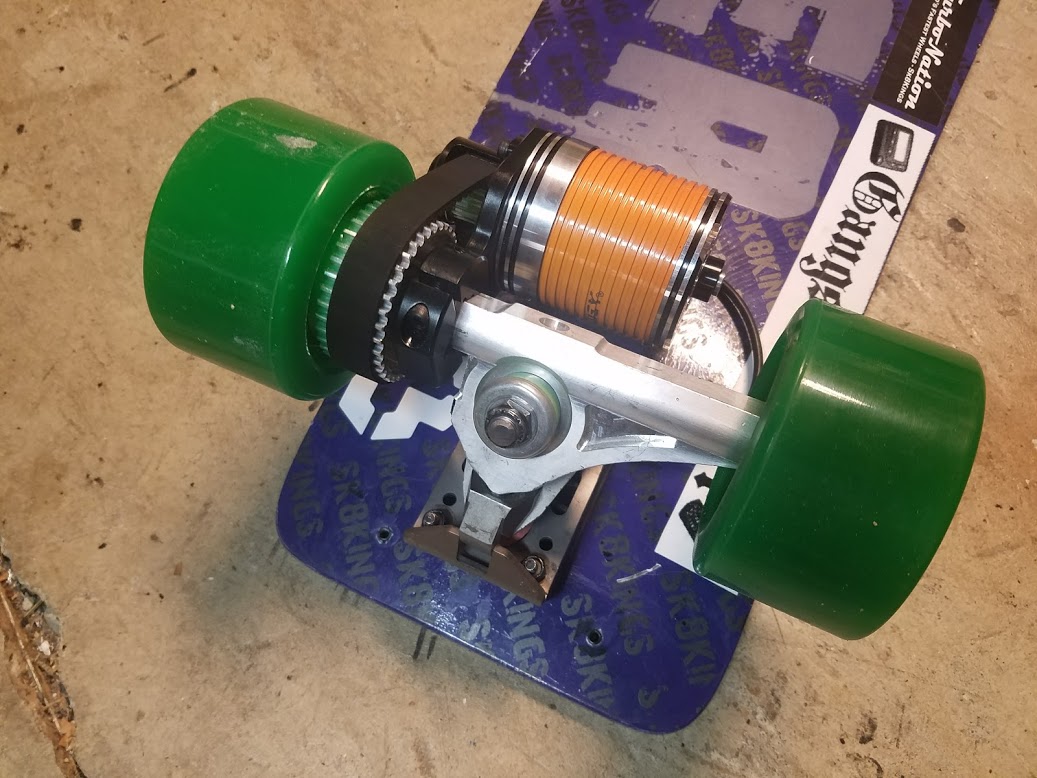 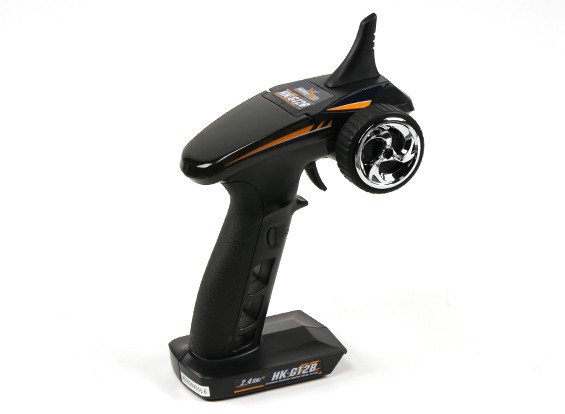 And you guys showed me how to make this out of it, it’s so rad, this community rocks and I’ll be adding a battery indicator to it as well. I want to make another one now for my other boards, what a great idea and it offers a safe secure connection as well, I just don’t trust bluetooth or non-spread spectrum controllers with my life. 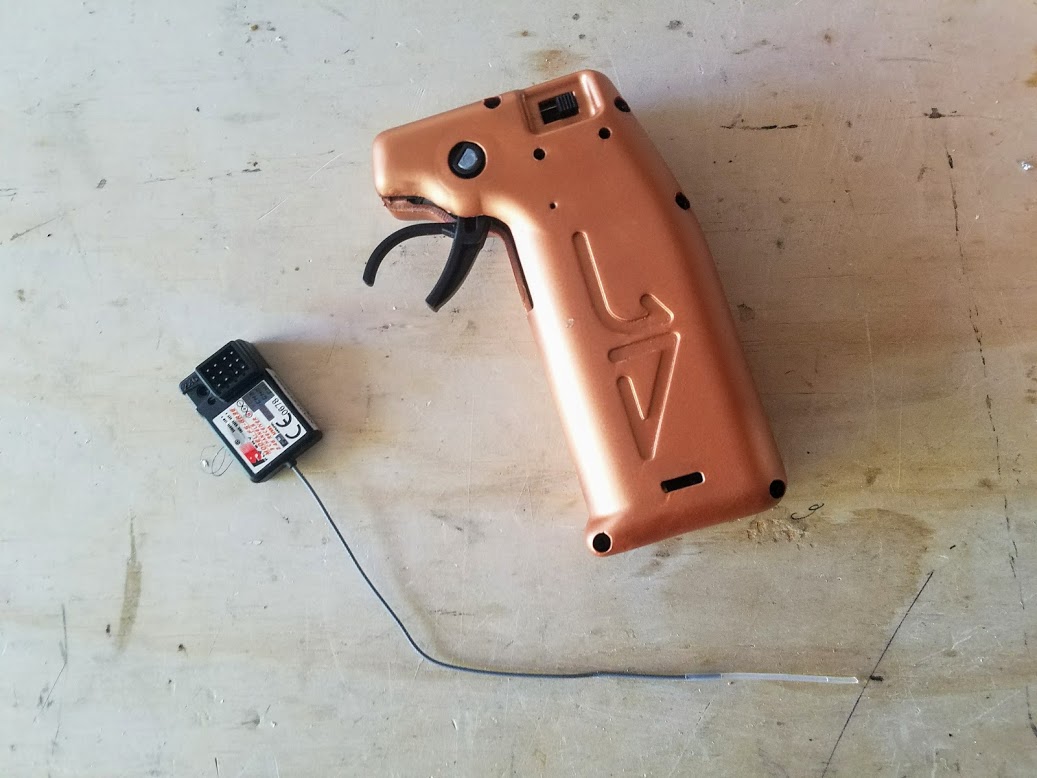 Well, that’s all I got for now, but I thought that this would be a fine start to a built thread. I’ll use this thread to post the progress as this monster comes to life. If you have ideas or suggestions let me have it.

Once this thing is done, I will attempt a 100 mile ride on a single charge, the board is half the battle, the other is training and learning what it takes to ride that far physically. If you want to join me, build one too and let’s do this!

You are going crazy here man. 2300wh! How in the hell are you going to ride 100 mile in one, my legs get sore after 20 haha. Will be following this thread!

Just mount a chair on the board

largest and heaviest electric skateboard this world has seen yet.

Cool project, cant wait to see your finished project and a 100 mile ride on a charge.

Im gonna be range testing my Carvon V3’s with the 1600 whrs in the near future im curious to see how your single drive efficiency compares to my 4wd efficiency on a 50+ mile ride.

Can you tell me your cruising speed so I can keep it comparable? Also will you be using the Vesc Monitor app to track data?

This thing’s going to be so big and clunky…

mygooood that’s going to be a long ride. I often make a drive from OC to LA and back which is about 100 miles. that’s an hour each way with slight traffic, can’t imagine what my legs would feel like riding that distance.

Is this going to be a 100 mile non-stop test or will you take a break after a bit?

So far I have been riding non-stop with very short breaks to go pee and have a snack. I step off the board every 2 hours at least. My best time for 50 miles is 3 hours and 45 minutes. I am shooting for under 8 hours for 100 miles, any longer and I’ll have to worry about light.

Be sure to check out this thread for more background if you haven’t see it yet: http://www.electric-skateboard.builders/t/distance-records-on-one-charge/36596

Here’s my 1st long distance build and tons of info about it: 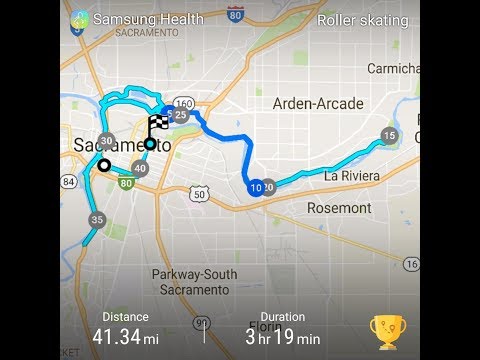 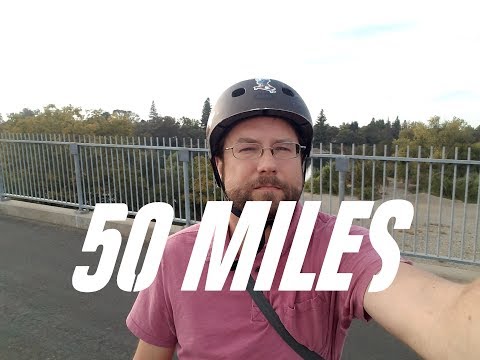 Would help to pass the time lol.

Have you have any thought to a route?

Loon Lake to Sacramento is about 100 miles.

That would be an awesome ride. All downhill!

I’m working with the county to open the bike trails to eskates, also thought about wide open Hwy in Nevada through nowhere, Loon to sac would be a blast, great idea…I know the place well…

Wow you should go work for Tesla.

Tesla’s 2170 cell has not on the market yet. I don’t think they will be for a very very very long time.

The most energy dense battery currently on the market is the Sanyo NCR18650GA, Sanyo is owned by Panasonic. Do you know who makes Tesla’s batteries??? Hint: Panasonic.

The gigafactory is in fact a partnership between the two companies. Tesla owns the land and building while Panasonic runs the production of batteries.

I cant wait to see more updates about this build! A good idea might be some 107 flywheels, they might make it a bit softer on your feet

I’d get a more reliable vesc for 100 miles

And the hobbyking vesc has already taken me over 1000 miles without issue.

And 10x the price