Hi, firstly, I am new to all of this so bare with me Basically I want to build my first E-board and I have decided on an Alien 6374 Sensored Outrunner brushless motor 130KV 3200W I would preferably like to make my own lithium-ion battery but to be honest I don’t know what kind of voltage I need, how much capacity I need and if it would be too expensive, thank you

That seems like a little bit of a low KV for our purposes, but it’ll probably work. I’d recommend a 10-12s battery (so that’s 36-42V for 10s and 43.2V-50.4V for 12). Keep reading around on here and you’ll find a lot of your answers. Expensive is relative, so you’ll have to figure out what kind of range you want, among other things (like which ESC you’ll get), to really determine a price. Start with:

If you are planning to build your first electric skateboard at home you probably have lots of questions, most of the questions you have are the same questions everyone has at the start! Questions such as what battery? what motor KV? what ESC? The... 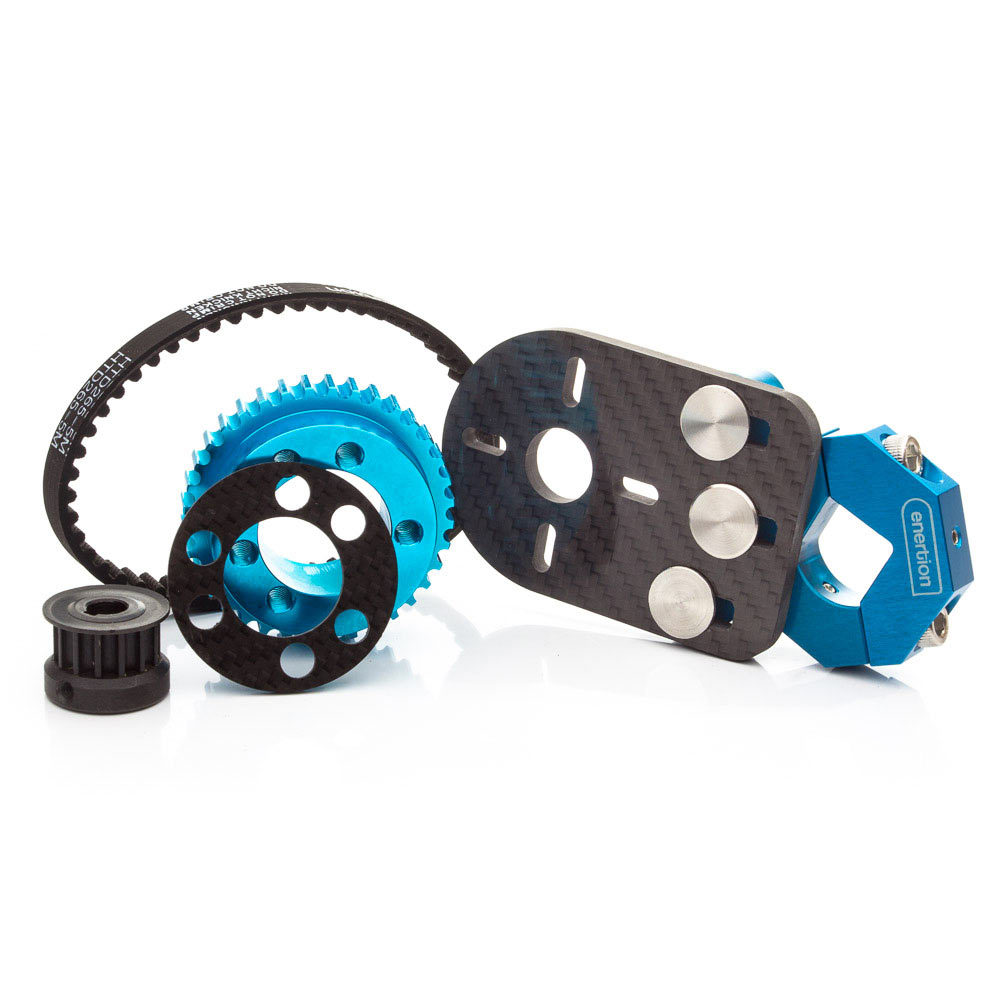 The goal of this topic is to list out know parts for easy access and making sure your aware of what is known to the community to be a legitimate option for use on your electric skateboard build. Some parts are better than others, price is usually a...

And if you’re considering the VESC (which I personally would)

Thank you so much, if you’re wondering this, is the motor 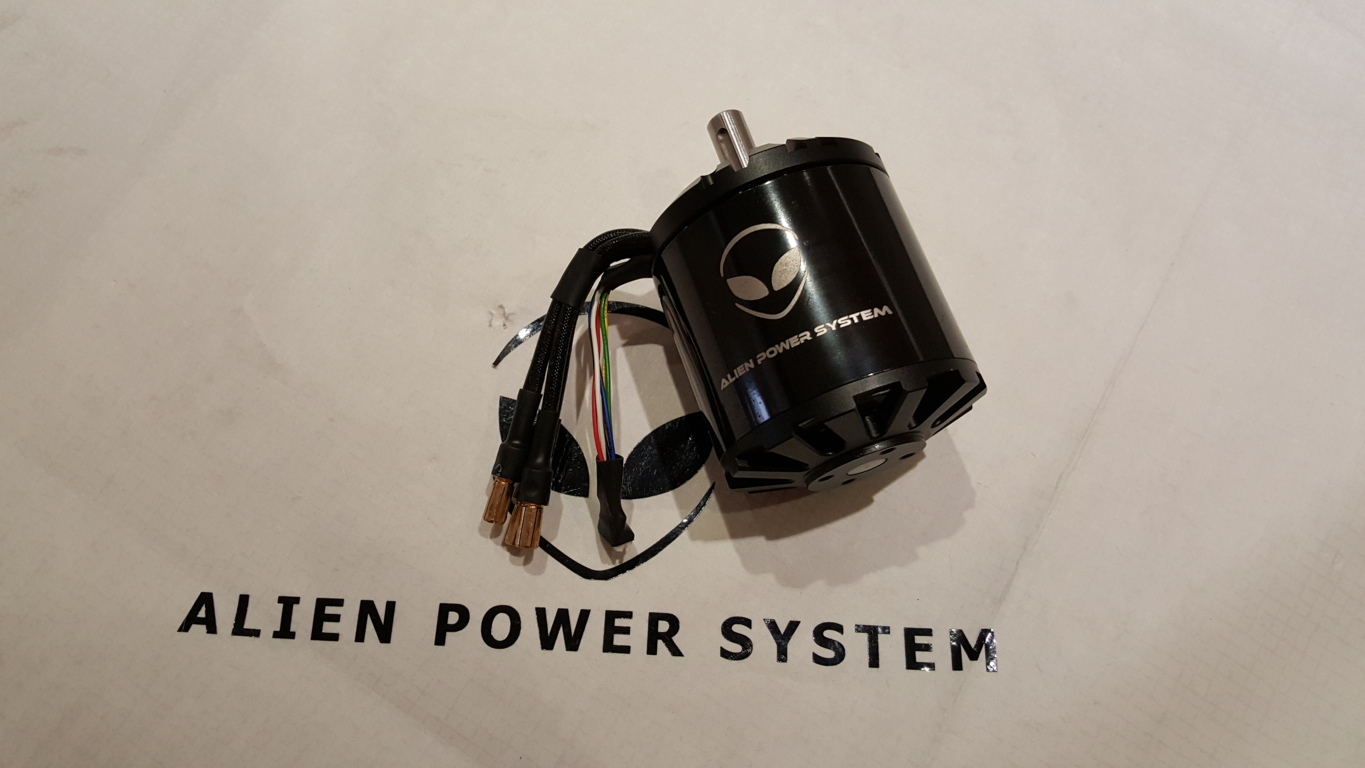 Is that motor not very good for electric skateboards then? What could you recommend?

Correct. I would say in most applications, 130kv is too low. Read through “choosing the right motor kv for the vesc.” It’s not as simple as recommending a single motor. It’s dependent on your battery choices and a little bit how you ride/want to ride. 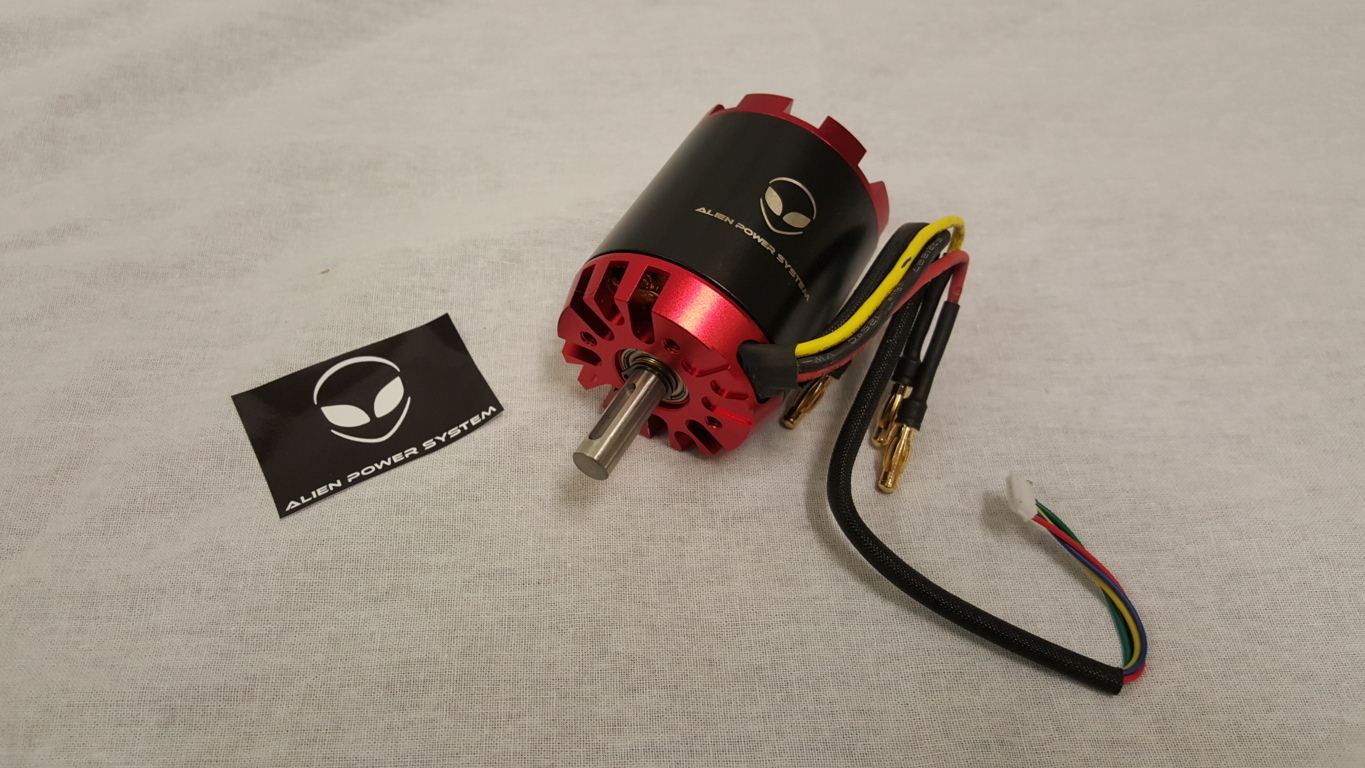 And initially I was going to base the voltage of the battery to whatever motor I get as I was going to try to build my own Li-ion battery. I’ve used an online calculator to find that I would need roughly 25V to go the speed I want of 30mph so I was going to put 7x 3.6V batteries in series then have 3 of these in parallel, I just wanted to check that this sounds okay, and if it makes any significance, this is the VESC I want to use as it is relatively cheap 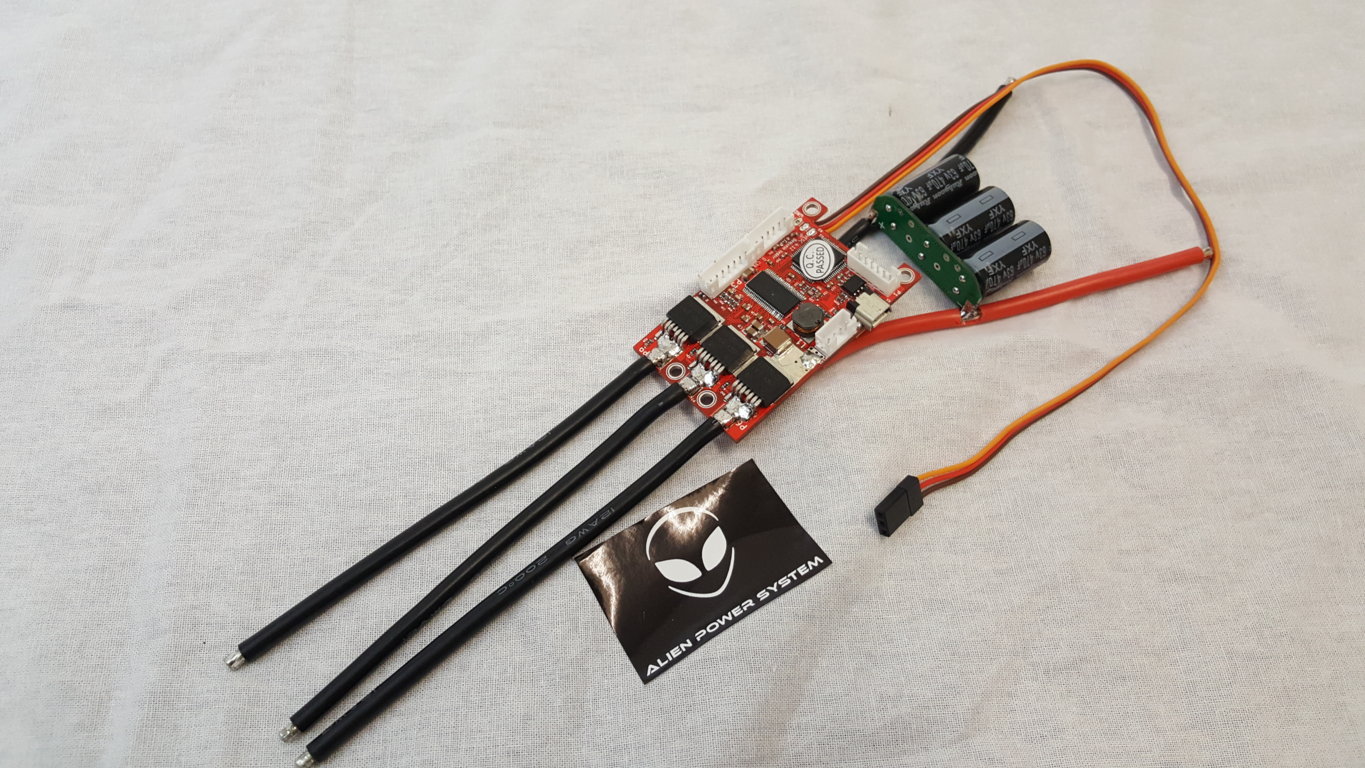 Great! Let’s start with batteries. If i’m understanding what you wrote, you’re looking at a 7s3p* pack paired with a 270kV. That combination should work fine. I wouldn’t expect to climb any insane hills, but it’ll get you around at a decent speed. Actually hitting 30 will be dependent on your gearing ratio, and that ratio will also effect your torque. If you haven’t used it yet, I’d look at this calculator. With what you’re telling me, I’d expect closer to 20 mph, not 30.

If you’re going to do a single motor setup at 7s just be very wary of what Li-Ion cells you choose. A 7s setup will most likely draw a decent number of amps and Li-Ions don’t put out as many amps per cell as Li-pos do. And be aware that they do usually cost more, but I think it’s generally accept that they last longer (no guarantees, and definitely dependent on how well you take care of them). Also, how were you planning on building a battery pack?

Now about the VESC. I’m not familiar with alien power system’s VESC, but looking at that link it just looks like they’re just reselling two manufacturers that you can chose between. The “Flier Model” (which I’ve never heard of) and the Maytech. We’ve discussed Maytech here before, and I don’t think we can give them a solid recommendation right now. To be honest, I would not go for a vesc because it’s lower priced. I’d go for the most solid one you can, cause while it’s extremely powerful and a fantastic piece of engineering, it’s also very prone to breaking when less than top of the line components are used. @chaka has made the tried and true solid VESC for the longest, and you’ll pay much more for it, but it’ll last you. There’s plenty others as well, but with the VESC, you definitely get what you pay for. I assembled my own (not for the faint of heart) and have had very few issues, but I was purchasing parts from US suppliers which generally have very good components. I don’t know what kind of availability there is where you are (which looks like England?)

I hope I don’t come across as just slashing down your ideas, it just takes a lot to get one of these things all built and functioning long term. I definitely over-engineered mine and I’m quite happy I did. Hope I’m actually being helpful.

*7 cells in series, 3 cells in parallel, for a total of 21 cells if you’re not familiar with the s/p battery terminology. You’ll see it a lot around here

Of course you’re not slashing down my ideas, any constructive criticism is very helpful and you’re really helping. Where I live there aren’t any majorly big hills so I don’t need to go over kill on the motor but I do want it to last me as long as possible really, I have read up on the chain and sprocket vs belt and pulley and have found a chain system which would suit me quite well (I think) with the motor sprocket having 15 teeth and the motor’s sprocket having 32 teeth. Also I completely forgot about my weight when working the speed out, my bad (I weigh roughly 72 KG if that’s significant in any way)

The reason which I don’t really want to go down the Li-pos is because I don’t want to constantly be monitoring them and after watching a few DIY Li-Ions videos (where people use the batteries from computer batteries) they been relatively cheap. With regards to building it I would just follow a guide online like this one 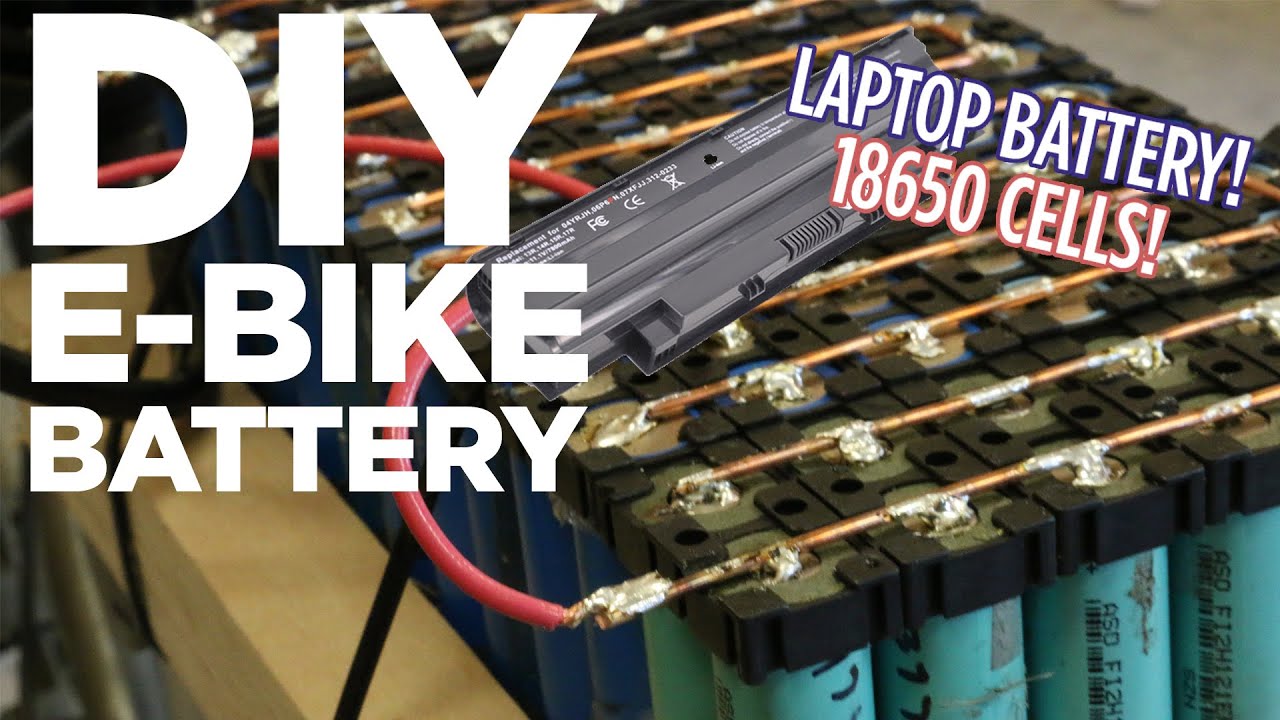 And with the VESCs I don’t really know what is good and what is bad and living in England I have struggled to find ones which are highly recommended as shipping is usually £30+. I am up for spending the extra money for a more reliable VESC but I just don’t know what to buy if I’m honest.

Have you had any experience with it? I only ask as on forums people really seem to think normal ESCs are nothing compared to the VESC

Well no but I ordered one because the Vesc seems to blow up as it is still work in progress. @Janis told me it worked great for him and he put 300km on it. Also check out this video: https://youtu.be/_NoZkS_mWY0

Anything with lithium has to be monitored. The laptop battery route is a ton of work, just a warning. It can be a little cheaper, but after taking apart the battery packs, and separated the individual cells, you have to test each one and then properly pair them so the pack is balanced (in this video he breezes past this part). And though this guy soldered them, it’s a little tougher cause you have to be super careful to not overheat the batteries. Just fair warning.

I have a friend with a home made spot welder so I could use that instead of soldering and I’m willing to put the extra work in as I like to learn about this stuff and tinker around with the electronics, what kind of battery set up do you think would be good for an average user? And are the li-ion batteries safer? P.s sorry for the late responses

I’ll check it out when I get home

when it arrives can you tell me how it performs?

Sure will! They just shipped it should arrive tomorrow.

Any news about the new ESC?

I’ve been doing some more research and I was wondering, do you split the cells up into groups then balance the group or do you still balance each cell separately? I managed to buy 20 genuine samsung 18650s and was going to put them in 10s2p so I need to know how to hook these up to the bms. I know that I could balance each cell if I have 2 bms’ and then switch between the two packs when I’m riding but I’d prefer to avoid this

Valid question. I definitely balance all of the parallel cells together. I use 1 bms on my 10s4p pack, so I have have 10 sets of 4 cells in parallel, all stacked on top of each other (that’s what the diagram would look like, I actually have them physically laid out a little differently), so I just connected the BMS balance wires in between each set of 4 cells.