It didn’t work well for many reasons, throttle sticking down, throttle none responsive, unexpected accelerating, delayed response. No/dropped connection & no ability to operate two units at the same time.

no ability to operate two units at the same time.

This is a deal breaker.

@mostwanted just order one. Mine is scheduled to arrive today. I ordered months ago during the “IPO” phase. You should be able to get it in a lot less time now that Jason has a lot of the production details worked out.

Only thing you will miss out on if you do not place your order is the opportunity to have probably the best eSk8 board out there. I have ridden several and so far BBD+ is my favorite because of its performance and relatively light weight, Range has been improved but only by voiding my warranty and piggybacking another 12 cell pack to the one that is there already. That may change by tomorrow.

i’m in a bit of a financial snagg right now . less people are riding uber in singapore . competition is intense . and traffic is chronic .

Hey @MonsterCoatings have you received your SPACE Cell? I ask because my Raptor is also arriving today (whoopee!!!), but I haven’t received the battery. I tried emailing @onloop a few times for the tracking number on that, but I think he’s been too busy to keep up with email.

Thanks - enjoy your new baby!

@fredx, I got my space cell about 2 weeks ago and it is fully charged as of yesterday when I got my tracking update that it is guaranteed to arrive by end of the day today. I was hoping to have the board right after I got my SPACE cell as I was heading to a trade show in Vegas the first week of February but with the early production learning curve kind of glad I took the BBD+ even though I was charging it more often than I care to admit (left second battery home, found out after that I could have taken it as a spare in a battery safe bag). My plans were to use the BBD+ in place of Lyft & Uber service. Rain first two days brought that idea to a halt. Used it the 3rd day but on the morning of the fourth day my remote just died. Boosted sent out a new remote promptly after submitting a quick video that morning of my remote being DOA. But it arrived via free priority mail (not using my FedEx account as requested, but costing me an additional $80+ in Lyft rides waiting for priority mail to arrive) just a day and a half before my departure.

SO TAKE NOTE GROUP ALL manufacturers have issues with their equipment.

Give Jason enough time and I fear for all the other companies out there. Rest assured improvements will be continuously be made and this combination really is one of the best out there. IMO of course.

what was the expected delivery date of your raptor when you ordered it?

I know some raptors were not due until end of FEB, but we managed to get them built quicker than expected, but due to the china new year holiday the SPACE Cells didn’t get sent out on the same schedule.

Thanks, @onloop - I think I was around the end of the first group, not in the after-February group. I just made an entry in the spreadsheet. My board is now here, looking beautiful. I can’t wait to get it dirty!

Got mine last night! Due to Snow/Sleet/Rain street riding will have to wait. I can say I tested it out and works fine crazy powerful tried to hold a wheel to feel torque and got a friction burn. I did loose remote connection when holding the remote above my head (about 2.5M above the board).

I’m going to local computer supply to see if I can PU 90 degree adapter before I hack up a micro USB so I can connect to tweak the VESC like @Xusia and others have posted. Having ridden a BBD+ for a while their controls there seem to have a longer throw with smoother ramp up in acceleration depending on what mode you are in. I would like to have the remote have more gradual acceleration.

I may have to save several configurations (Student/Eco/Cruise/Sport/Race) modes so I can be able to share the Raptor with the young ones in the family. I would love to see a multi mode availability in the VESC with the ability to change it in the controller like the BBD+.

everyone is having so much fun .

Another thing I love about this board is that you can push it without power and there’s very little friction. I was riding around just to see how quick I could push if I ever take it past the battery limits and I was very surprised to see that I could push just as quick as a short board and probably 90% as fast as a long board. I think the only electric board that can make that claim is the one where the motor is built into the wheel and that thing is crazy expensive for being an inferior product.

So impressed by the product! I used to own a crappy Yuneec and my friend has a boosted, but now hes all jealous cause I can smoke him and still go for longer at about the same price. Keep up the great work, you’re light years ahead of the industry!!

I gotta say, I was a bit skeptical on the Raptors board shape…just wasn’t sure how well Onloop’s intentions and design would translate to a carbon fiber board. However, after pushing it up (no battery yet) and down my street a few times I’m surprised how good it feels. I’m curious if anyone has noticed greater foot/leg fatigue with the CF compared to a wood or composite board over say ten miles…?

48 hours sale has started on the DUAL DRIVE RAPTOR! 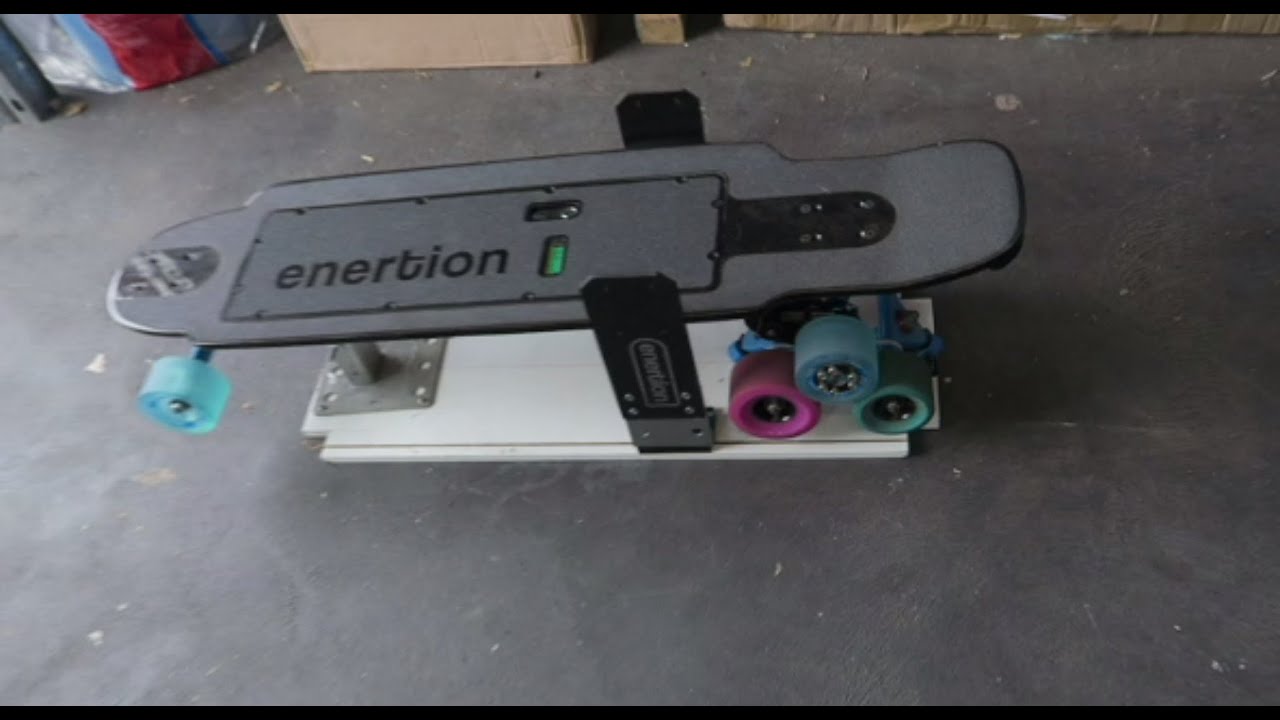 Are you planning to make another sale?

no sales in the immediate future.

Also, please tag this account rather than Onloop for Enertion questions from now on!

How do you pair this remote with your raptor?