No carbon at all I believe, it’s glass fibre composite. Just looks like CF

yeah its a fiberglass like composite. unlike carbon fiber its not conductive which makes things easier.

so my fault on my master focbox is weird.

Im getting “FAULT_CODE_DRV” show up in the app but only when i try and run the motor, as soon as i stop it goes back to normal. Also “ESC Monitor” app by @Ackmaniac is showing “invalid command: can_member” followed by “Error : Unknown fault”.

But the CAN seems to be working as i can control and connect the other focbox. any ideas anyone?

Had another focbox fault recently. This is my third failure so far (admitted one was my own fault caused by water damage). anyways i ordered another DRV and when it arrived i opened my board to investigate.

First thing I found was that all of the hot glue / silicone round the capacitors has broken. This has resulted in one of the caps breaking both legs.

I think our rural English countryside provide to much vibration for many eskate components.

The second thing is that it looks like one of the fets has released the magic smoke. I assumed this was going to be a DRV fault so had a replacement chip ready but unfortunatley it looks like it might not be the driver that caused the problem

At this point im thinking it might be a better idea to wait for the unity or a dual vesc6 than to buy another focbox. I dont seem to be having great luck with them. I dont think they can handle my current requirements and local road conditions.

Just had some time to look at this in more detail. This is what the FET damage looked like under the TIM. 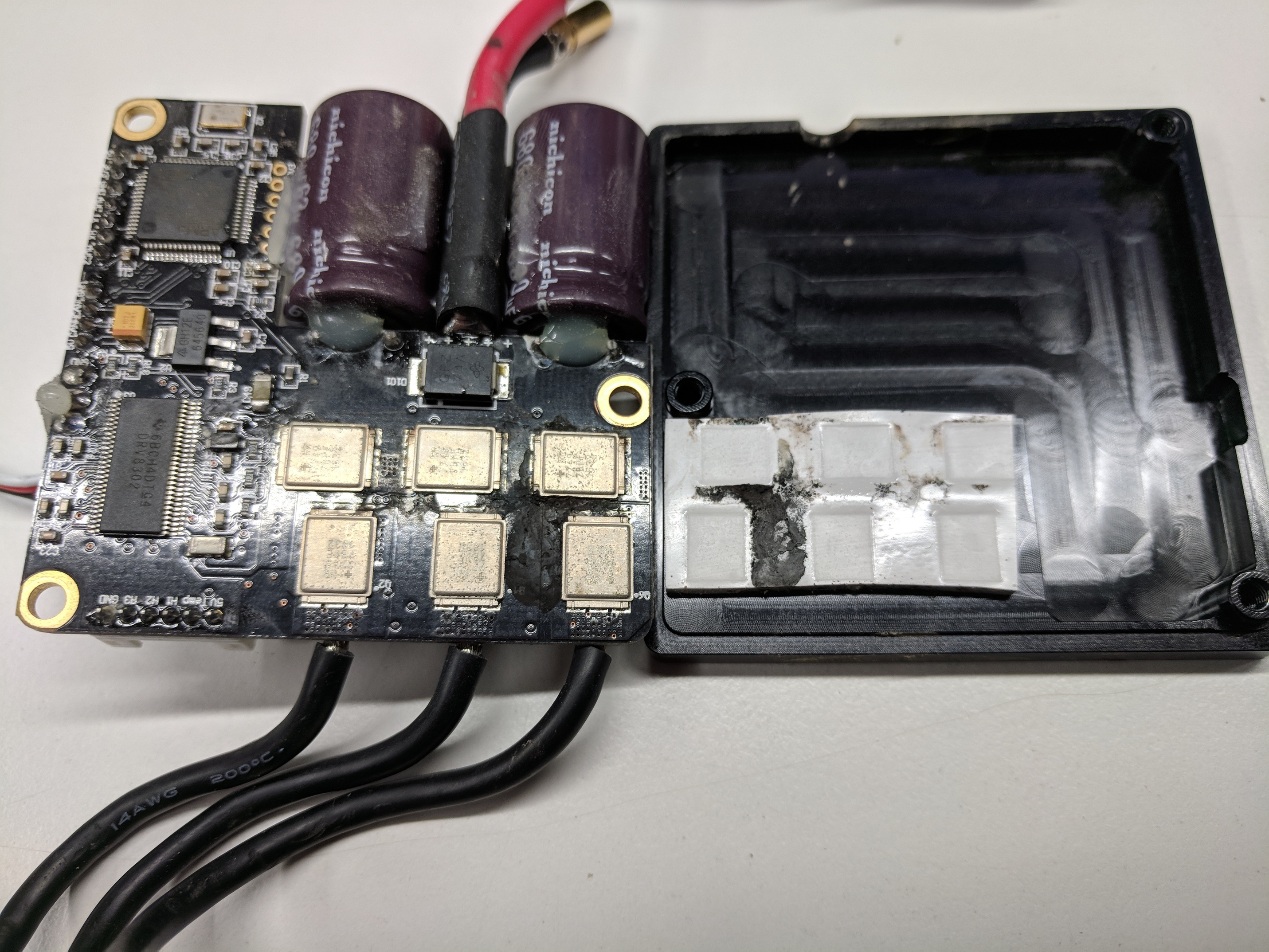 After cleaning up I start to get some clues as to whats happened. 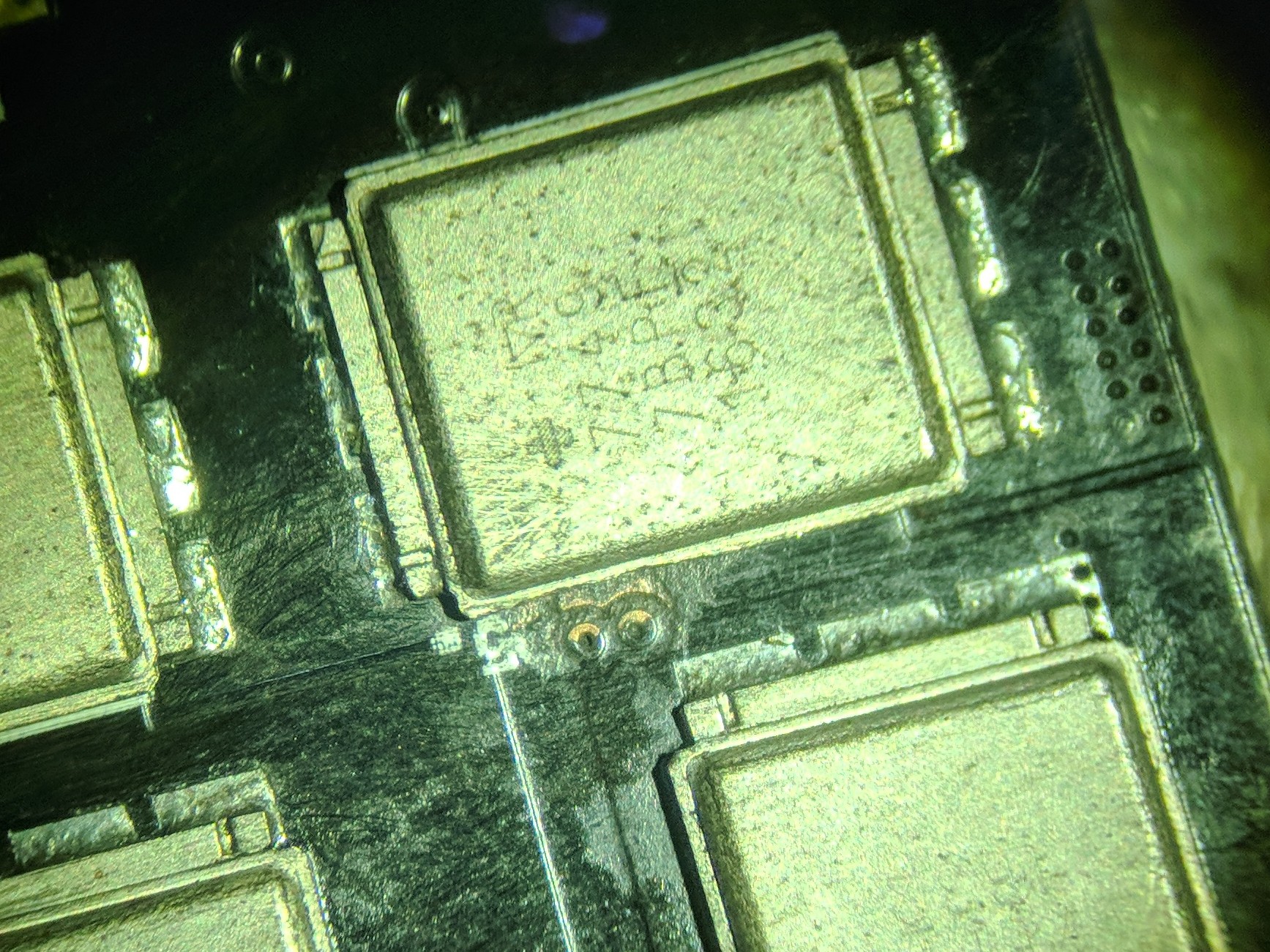 Looks like the PCB has corroded and copper had been exposed on some areas. Also the edge of the FET seems to be corroded here. Maybe a short between the FET housing and copper has occurred. 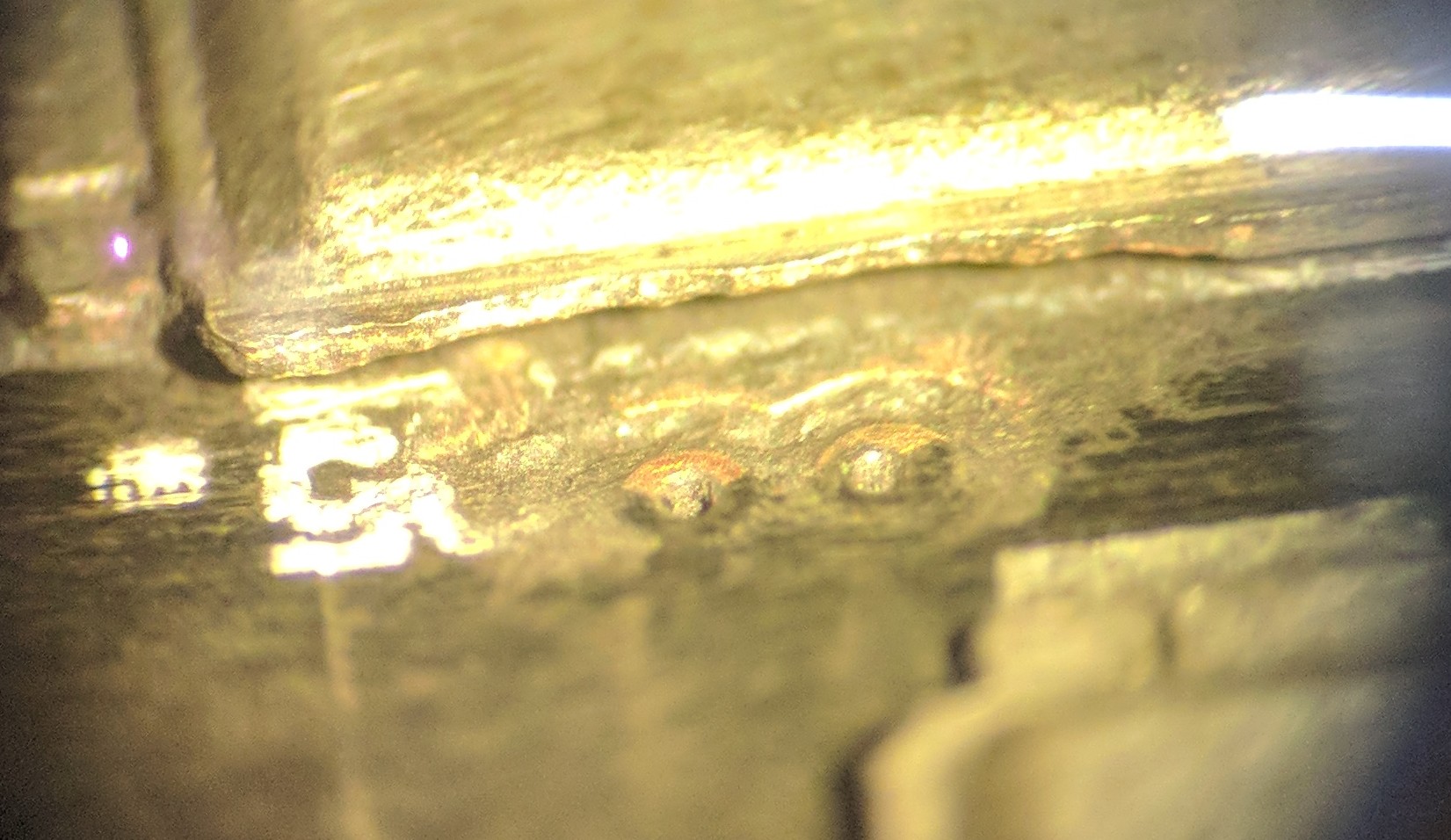 Decided to remove the fet and asses the damage. 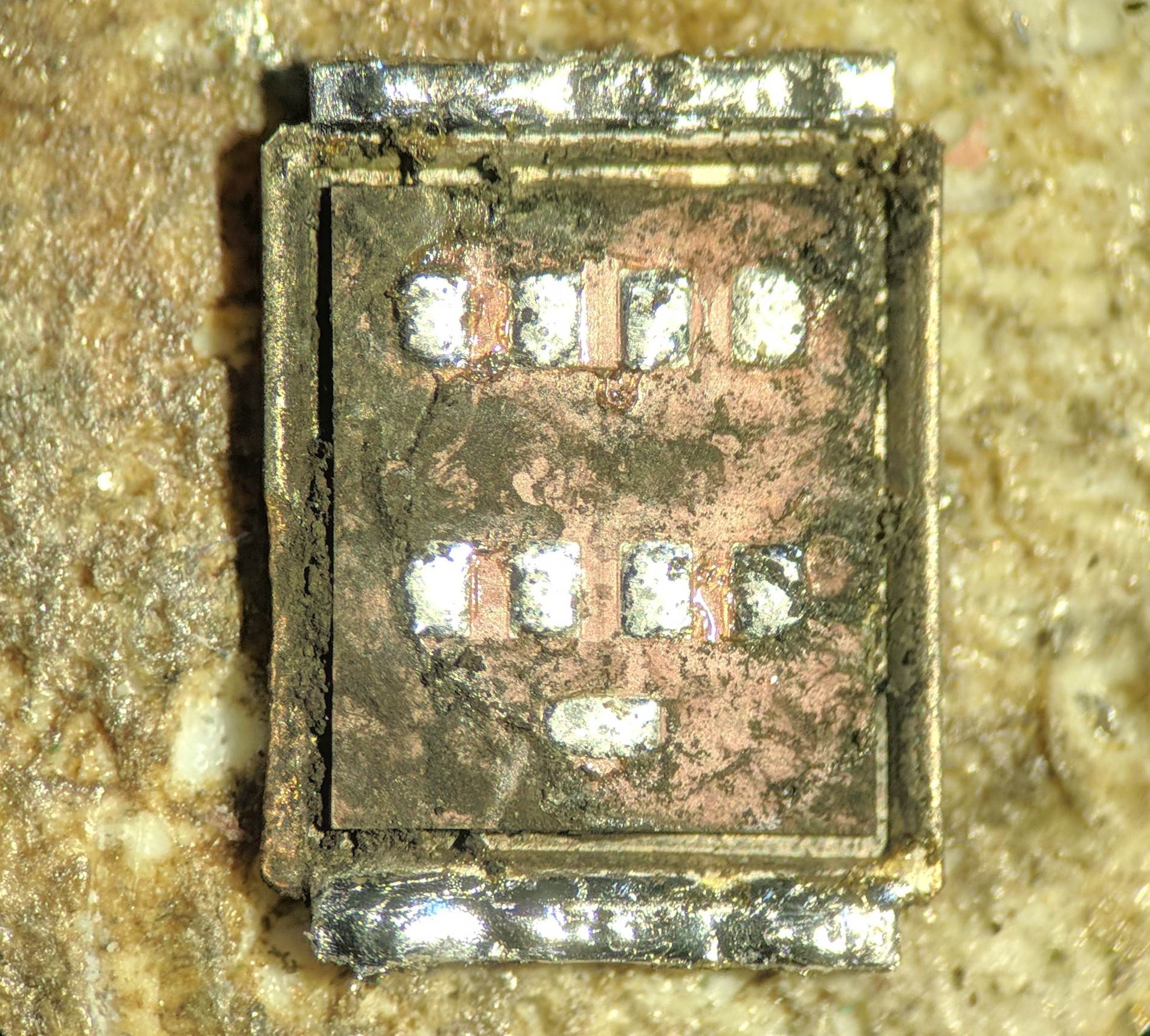 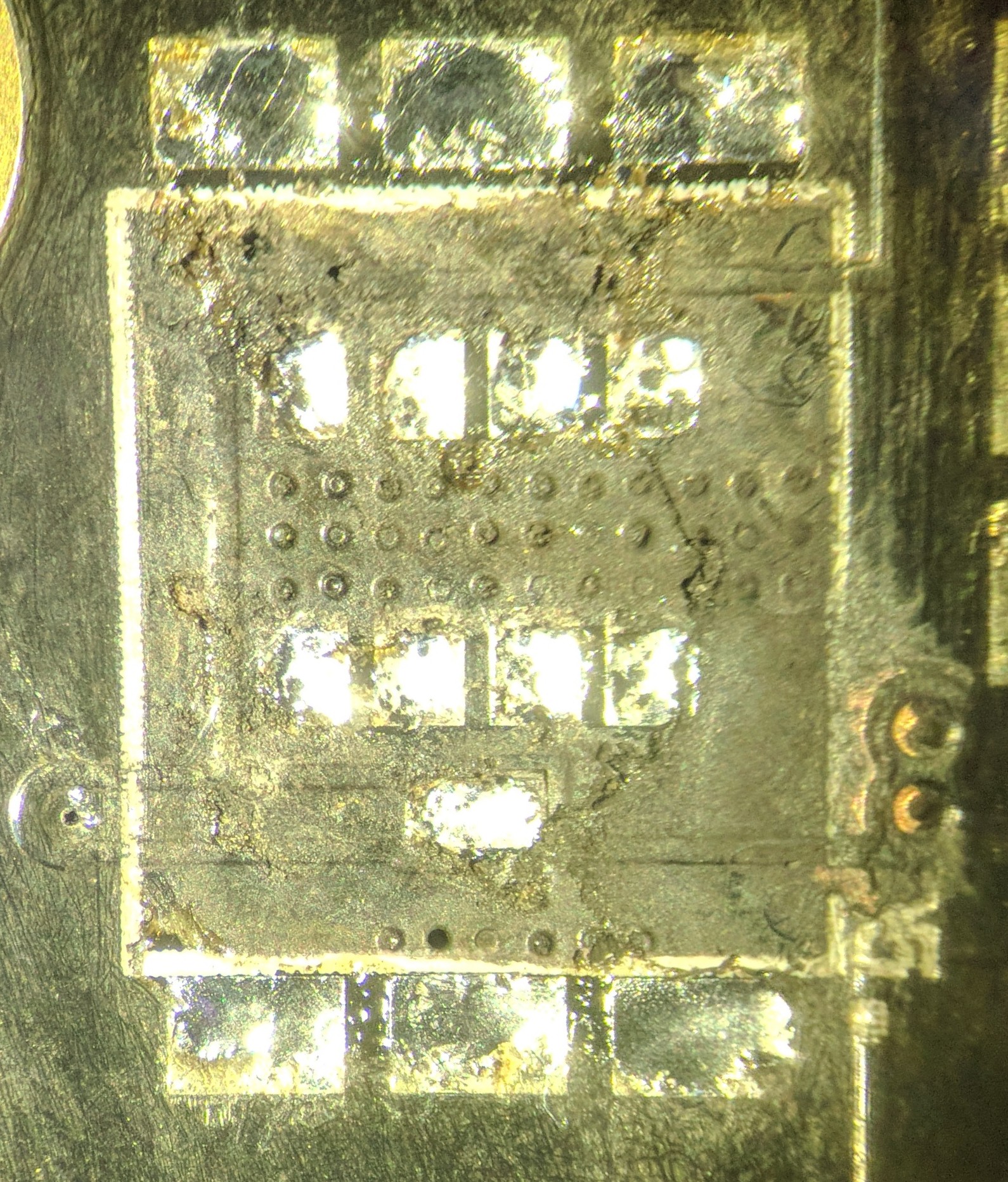 The board dident look great either. So I tried again to clean it up. 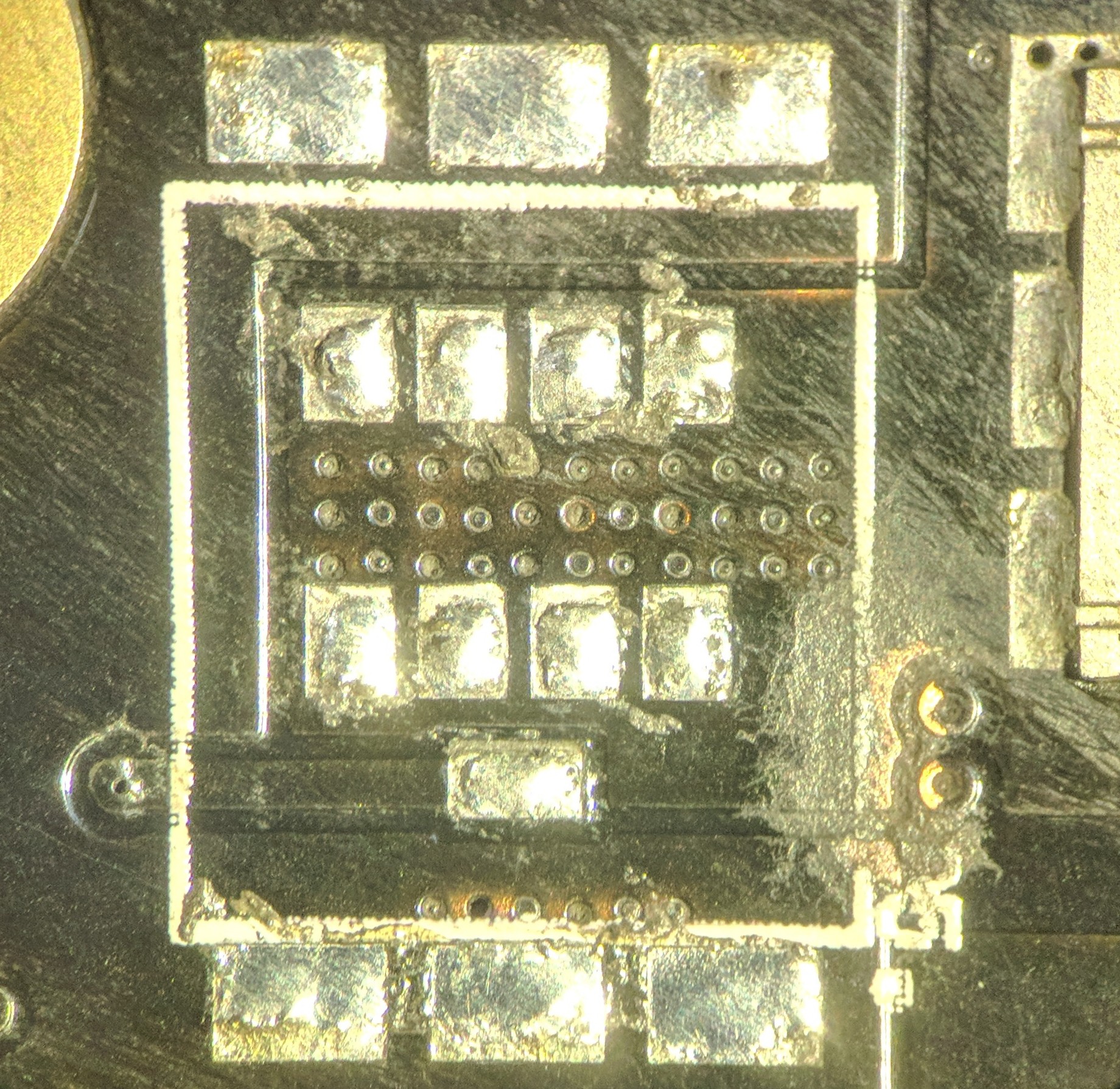 This actually doesn’t look too bad. It looks like the PCB has worn down to the copper in a few areas. Maybe this is caused by vibration or maybe water ingress? not 100% sure. also cant work out how to check the other FETS without removing them which i don’t really want to do if i can avoid it.

So I plan to re coat the bare copper areas again some how then replace the FET. Wish me luck

So today i fitted the replacement FET and rebuilt the focbox. after conecting it on the desk it seems that everything is working again. Hopefully i can get some time so to put it back in the board and try it out under some load

Also finally got round to uploading the cable riser to thingiverse if anyone else wants to make one.

Hope this is useful to some one 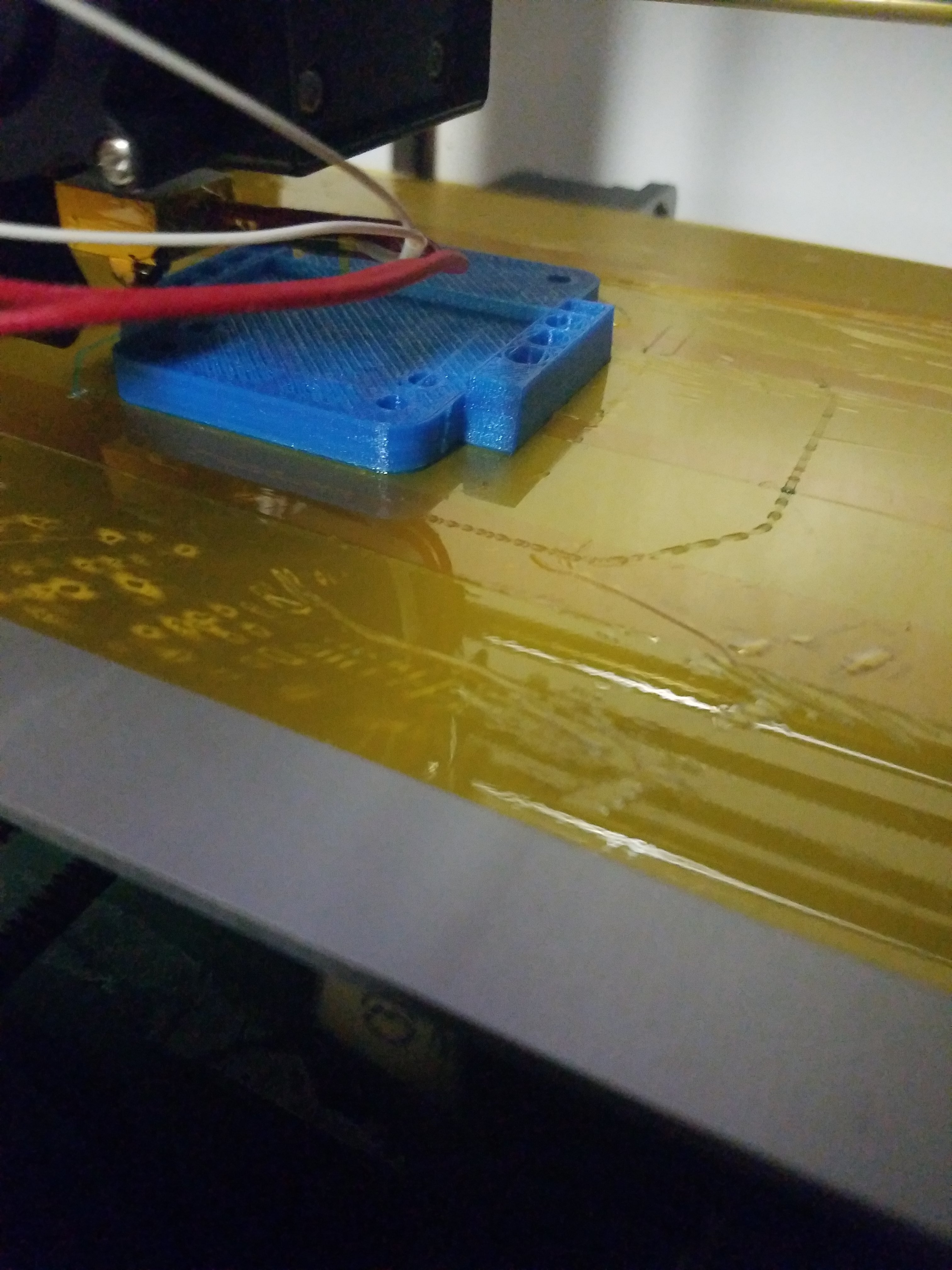 Is that cable riser not aluminum, it looks it in the picture, although there’s no way it is cause that would short your phase wires for sure.

Actually, come to think of it, are you sure it’s not water getting in the cable riser and shorting your phase wires that’s killing your focbox? I know shorted phase wires during operation will cause a dry error on any vesc

The cable riser is milled from poly-carbonate. I think its the rough finish that makes it look like aluminium but if i bothered to polish it up it would be clear. its not conductive and the only other thing the wires touch is the composite deck.

Also after looking under the fets in my focbox im 100% sure issues were caused by water ingress from somewhere.

@ducktaperules how have you found the truck riser with the motor wires? I’m thinking of my options at the moment and my main concern with doing it this way is the connectors are held static to the board so the connectors would potentially vibrate on the motor side a lot and break. I’ve heard of some members having issues with solder joints breaking at the bullets. I might still use the riser but have the connectors outside so the cables just bend with the vibrations to hopefully not transfer them to the joints as much.

its actually held up surprisingly well. I ride abusive roads and have broken 3.5 to 5.5mm bullet adaptors before but since switching to this its been very reliable. 100% one of the lowest maintenance parts of of my build

Absolutely love this thread - It’s super inspiring to see how your build progresses!

I weight about 250 and was thinking about a Trampa or a Lacroix I’m concerned about bottoming out on the Lacroix. How’s the flex on that Trampa?

I went for the 16 ply and the shorter deck type cause i was worried about the flex but tbh i think its almost a little to stiff. I have never ridden the longer deck or any of the thinner boards so i cant comment on them but you wont have any issues with ground clearance for sure.

Looking at lacroix website it looks like they also offer different deck stiffness, with the highest one being labelled 250+ so maybe it would be fine.

ITS TO LONG: So i have been waiting for my Unity to arrive so that i can rebuild my board over winter ready for next season. it finally arrived before Christmas

I actually like the orange more than i thought i would.

In the interest of science i had to do it

Im planning my build using Fusion 360 so i spent some time rebuilding a fairly accurate model.

I modelled as much of the heat-syncs as i could without taking any screws out.

no cables included yet but looks good.

Also made the switch.

Upon inspection it looks like my batteries have not fared well over the winter so i plan to fully rebuild with the unity and a new 21700 12s3p pack and fully watertight enclosures for everything so i can ride in the rain.

I have been thinking about the enclosures for a while now and decided to have a go at mocking something up today as i had some spare time. each enclosure has a rubber seal in the top face and they lock together allowing for slight variation in the distance between pack as the board flex’s. 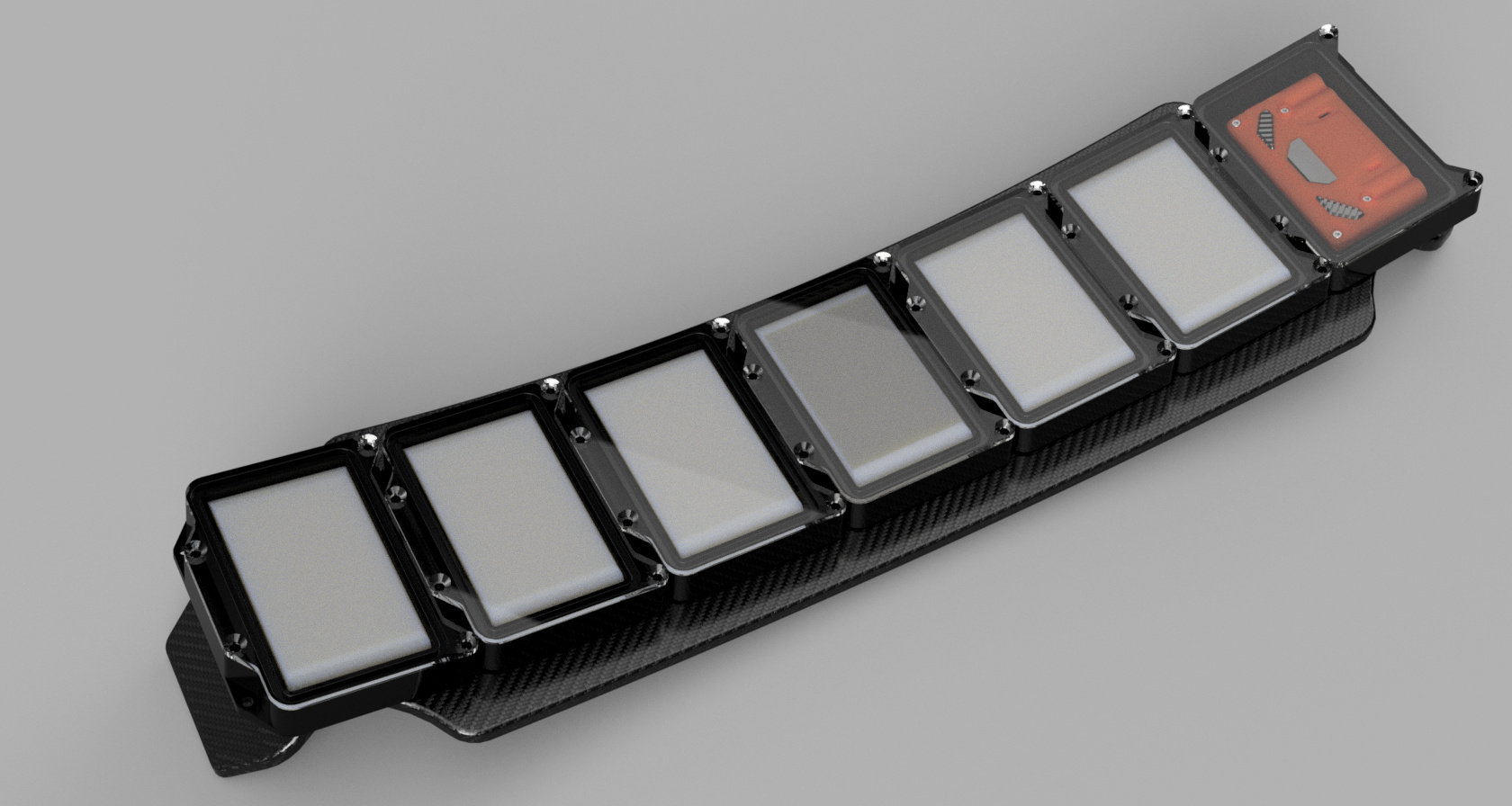 Only problem is that its way to long they once i have all 6 packs and the unity together. guess its back to the drawing board on that idea.

maybe 2 packs side by side like in my old enclosure, maybe just move mounting points to the edge instead of between the packs would be enough.

Im also considering using PC water-cooling fittings and running in cables inside the pipes to create waterproof flexible joints between the enclosures. might end up looking very sci-fi, or might just end up costing a metric fuck-tone and getting dirty easily. Not !00% sure yet.

EDIT: If anybody wants the unity model, All files can be downloaded here: https://a360.co/2Ua0OTk Hope This is usefull to someone

thx a lot and enjoy that board bruh…

Nice work may need 1 4 trampa board

Suspicions confirmed. RIP wet cell. you have served me well. 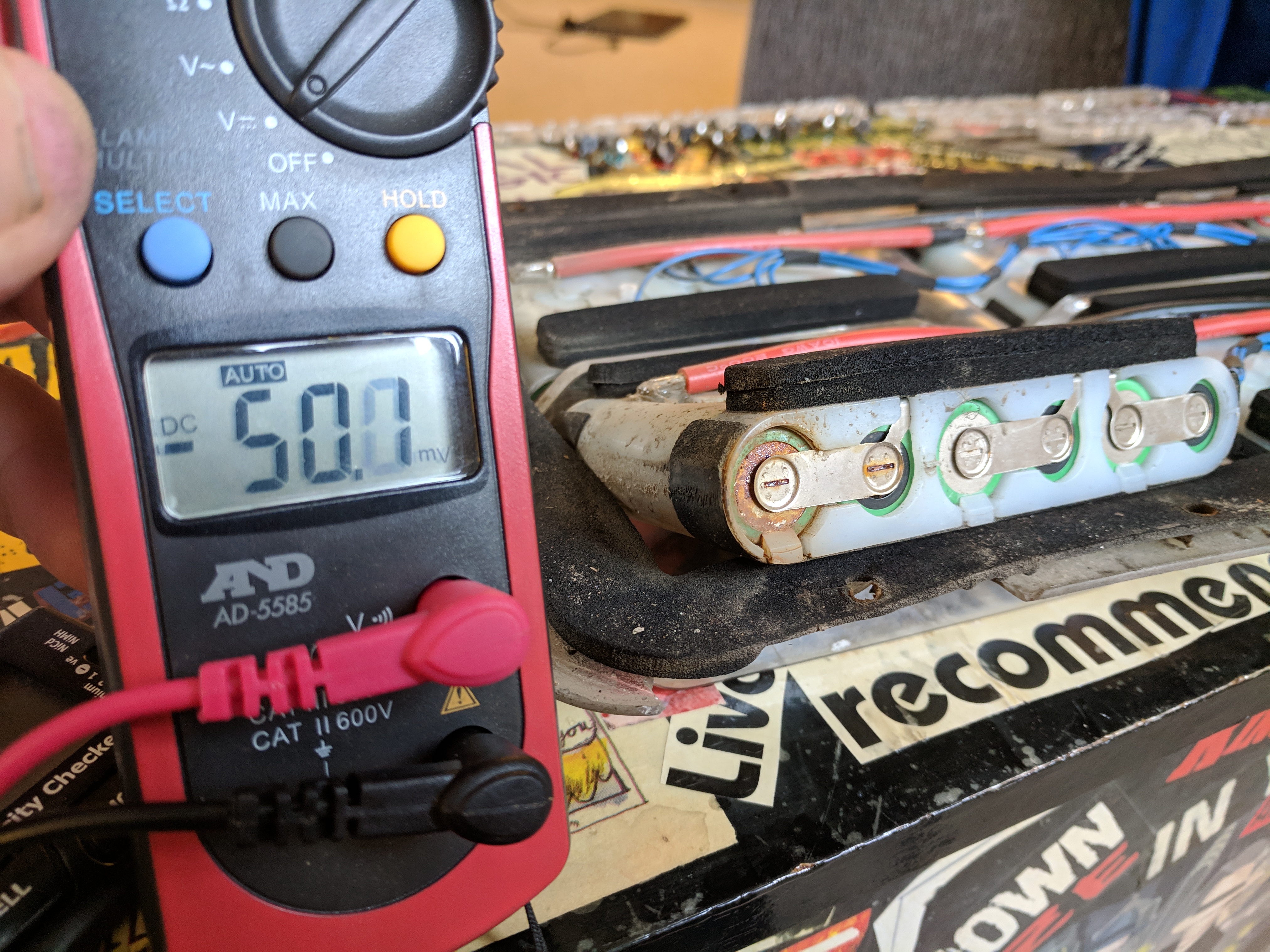 In all seriousness tho let this be a lesson for everyone. Battery’s don’t like getting wet or damp. This cell has also pulled down its whole parallel group

I got lucky here and didn’t have my house burn down but i will definitely be checking my battery’s more frequently in the future.