Carvon V3 plans, and also what do you think about hub motor reliability in general?

I’ve only had belt drive boards (4 of them). They’ve worked out well for me and have taken all sorts of bumps and vibrations.

I currently have two belt drive boards which I totally love. But they are so similar, so I decided to sell one of them and get a hub motor board. I think a belt drive and hub motor board would complement each other well rather than have two belt drive boards with the exact same drive trains. I just hope I’m not making a mistake going to hubs… I really LOVE both my boards and it will be hard to let go when I sell one of them (raptor or LHB custom).

Here are the hubs I’m going with, the Carvon V3 which per Jerry from Carvon will be available soon. These are really intriguing, they’re not really your traditional hubs. The ability to just snap on a flywheel of any size, and being able to switch from 83mm to 90mm to 97mm is awesome. 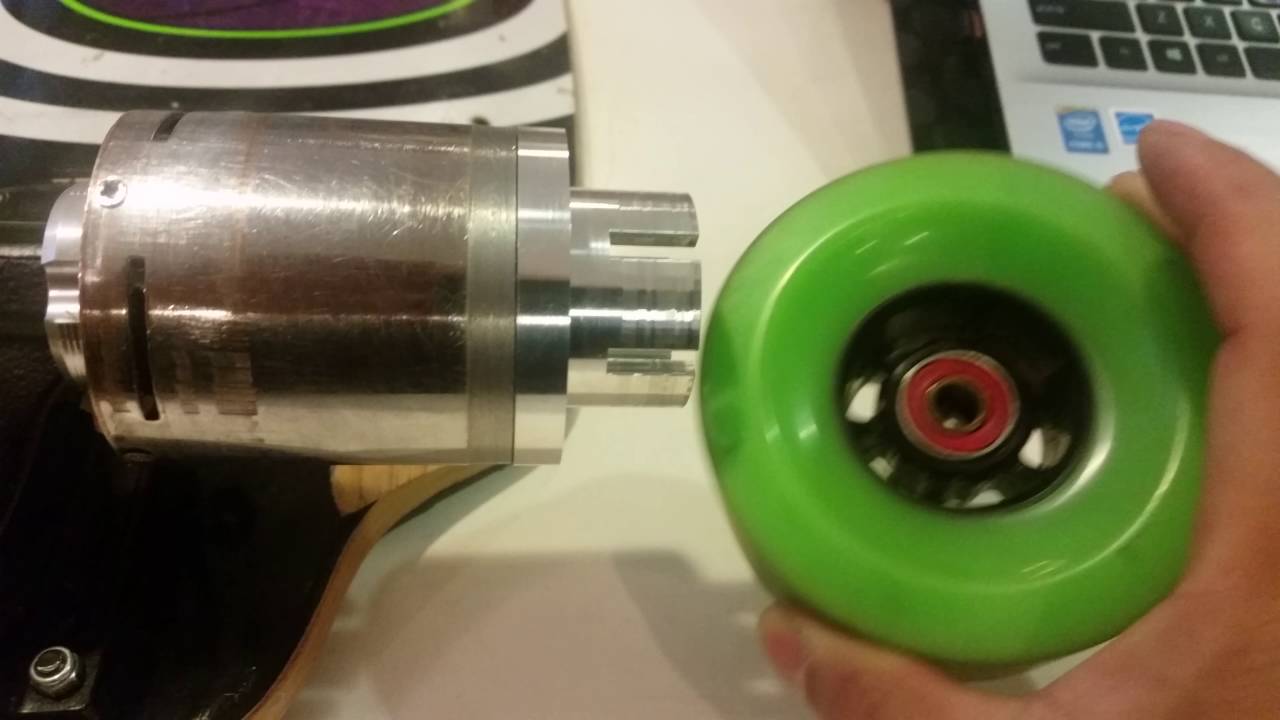 I’m just curious about how these will hold up durability wise, when you go over bumps/cracks.

Don’t sell your Raptor or your LHB. You will regret it later. Just buy the hub motor set and mount it on one of your existing boards. Then if you decide you don’t like it, you can pull the hub motors back off and sell them here. If you love them, you can sell your belt drive train or keep it for backup.

The Carvons come with very high quality ceramic bearings that can take a lot of punishment. Warranty and service at Carvon is world class. If you want lots of torque for hill climbing, get the new ver 2.5. If you ride mostly flat and light grades and want to go crazy fast try to get ver 2.0. Talk to Jerry at Carvon before you order and I’m sure he will be able to accommodate.

I think hubs and belts can co-exist fine in any collection. I wouldn’t really put one over another because there’s so many situations where either one may have a slight advantage over the other. However, guys like me or @Mrmoonlight who don’t weigh that much, Carvon hubs are a blast, especially the V2.5. I’ve had my V2’s since December and have rode them through some of the worst road and weather conditions in downtown Detroit, parts of A2 and Ypsilanti and they are still going strong. These hubs are built tough and are not just for sunny cities that never get snow.

Photorph are you going for 4 hubs?

Any info on the V3 pricing? what KV?

That new design solves a lot of issues like thin urethane causing a rough ride.

@Namasaki I’m looking at version 3.0, not 2.5 or 2.0. The version 3 are 85 kv hubs. I’m in touch with Jerry already. I would love to keep both my boards, AND buy the hubs…but money doesn’t grow on trees. I have a buyer who REALLY wants one of my boards to the point where he was willing to drive 10 hours to pick it up. If I can get almost full price back, I can basically do a full build with carvon v3 hubs for very slight additional cost.

@RunPlayBack I weigh 140 lbs, so not much at all. That’s why I’m thinking hubs may be a good way to go, and as I’m sure you know MI has like no hills. Ann Arbor maybe has the steepest hills but still laughable for either of my belt boards.

@CSN going 4 hubs would be nice, but too costly for now. Jerry from Carvon also mentioned 4 hubs but then he recommended just doing dual. I don’t have info on V3 pricing, I will get it as soon as he is done testing his prototype. He will have them available in 1-2 months for everyone. The new design is amazing, just being able to put on a flywheel with ease… pure awesomeness.

@popopopop yea he mentioned 90mm for v3, I want either 90 or 97mm. Not 83 mm, so that would work out for me. I guess in V3 you can swap the flywheels right because they are interchangeable?

This board will also have @longhairedboy deck/enclosure and his 12s4p pack again, dual chaka VESCs again likely.

I commented on Carvon’s FB page and he said V3 will be 90mm. I was hoping to down in size too or at least stay at 83mm w/ interchangeable wheels. Maybe I misunderstood.

The version 2 is the one to get high speeds like NGV. Even a 10s could reach 66 mph theoretically on a full charge

Problem with speed calcs is they don’t factor in load like rider weight or wind resistance. I seriously doubt that going 66 mph with ver 2.0 and 10s is at all possible

From what Jerry has said, V3 will have different trucks to accommodate the motor+wheel, but performance-wise, should be similar to the v2.5. At 140 v2.5 has plenty of torque. When it comes to speed. How fast do you want to go? If you’re happy with the speed on your belt drives, then you will be happy with what you can get on the hubs. 35+mph is really fast on a skateboard and I’m quite confident you could get there on either of the hubs. It’s just that the v2.5’s will get there much faster.

We’re you thinking dual or single?

Dual for sure. I am hoping it goes faster than my belt drive dual. With the 16/33 ratio I have on mine along with 12s pack, I have no problems maintaining at 33-34 mph. I’ve maxed out around 37-38 mph on strava and other iPhone apps, but in reality that may be slightly inflated.

Yep, I know anything above 25 mph even is really fast. But if you have seen my YouTube videos you know I have perfect roads and straight aways. Plus I have some pretty insane safety gear (armored motogp race suit as my top line protection that I can use on motorcycles, downhill, and esk8). So I like to push these boards to see what current DIY components can do. And from a hardware standpoint @longhairedboy put my last rocket together, and he makes sure every nut and bolt is done up perfectly. I just need the software (VESC settings) and components to behave so I can continue pushing speed boundaries.

I don’t think it is either, but with a 12s and a light rider (not me), 50’s is possible. My point is that’s the no load speed, and I would want to be in the upper 50’s if I wanted peak efficiency. Since I’ll never reach that, I use more energy (which means shorter distances I can commute) and more heat in the vescs. This is why my carvons on on the shelf and I’ve been riding hummies hubs. But I would like to get a fast board up with a 4wd carvon v2

I do. That was the plan actually for my racing build, whenever I get those funds together (which will likely be a while). I’m all about 4wd now, won’t ever build anything less now.

Speaking of being left behind…complete boards are slow compared to diy and that’s an attractive lure. 20mph sucks. I like to go fast enough to take a lane. Ironically safer.

Anybody wants to ride a 4wd with 107mm Flywheels and 149Kv motors?

Dude I was just about to write an email about this to you!

When I rode Jerry’s single, I got up to somewhere around 25mph. Got there exactly like it did on Jerry’s speed vid, but a little bit faster since I weigh less. I wasn’t even pushing it and I could feel that it had plenty of power past that. LEVer would have to chime in on the theoretical top speed. Maybe Rik has pushed the v2.5 faster? With how easily the single got to 25, I don’t see why you couldn’t do 40 with a dual as long as the motors go that fast.