I know I’m gonna get crucified for this. Lol. But can someone explain why this Swagtron Voyager isn’t worth $299? Besides the name being ultra dumb, i can’t see why it’s not worth buying. I can’t find a comparable board for a similar price anywhere.

its not really that any one of those random boards isn’t worth it. its that you end up playing russian or i guess Chinese roulette with them…

anything under the $500 is usually the hoverboard factories try at 4 wheels. but you really have no idea when it comes to specs, range is usually less than half, speed is < 15mph… and no spare parts, so once it breaks (because it will) you are left a pile of parts…

Well it has a 1 year warranty and I’m considering it for an 8 year old, so 15mph is plenty fast for him. Lol. I know some guys were getting duds when they first started shipping and the company replaced them no problem. So it’s not as much of a risk as a benchwheel or something like that. But from what I’m getting on this forum, all the eboards break eventually. Lol. So having a board like this to work from after it breaks, might be worth the $300. You know, upgrade stuff as it breaks. You can’t build a board from scratch for $300 can you? Even with the cheapest parts available?

I’d get it for an 8 year old. I would have loved to have this growing up! Though the power wheels was pretty cool

You can always replace the batteries if they fail early, but being LiFEPO4 instead of LiPo they probably wont start on fire lol.

There is a thread on building an electric skateboard for $350 + the board, but the amazon board is still a cheaper option.

I’m considering it for an 8 year old

for a kid thats different. most people on here are looking for boards for themselves (some really big kids) lol

ive seen the blink lite for 200, slow, smaller but i think better.

Razor X® Cruiser – Lithium Powered Electric Skateboard The RazorX Cruiser brings you the latest innovation in electric ride-on style. Raising the bar once again, this lithium-powered skateboard features a geared rear-wheel drive made for up to 40...

The ego? That’s not even as good as this board in my opinion. It has better range but that’s about it. And it’s still belt driven, which means more things to break and more maintenance. From the videos I’ve seen, these voyagers may perform better than the ego. And they are half the price. I kinda wanna get one just to see if it’s as bad as everyone assumes. Lol. Maybe it does ok. But the ego is not the board I’d want to go with if i was spending that much money.

And thanks to everyone for your input. It is really helpful. Even though it’s not a shit ton of money. $300 is still no joke. Lol

Best of luck with you then…

Pay no mind to the experts lol

For $300, I’d go for the Blink Lite. Blink has been in the game for awhile now, so I would expect their boards to be fairly solid. The specs may not be all that impressive, but for an 8 year old, it’s perfect.

One of the things you should consider is reliability. A poor quality remote connection or a failed part could mean eating pavement or worse.

Lol. I wasn’t trying to be insulting. Sorry for any offense. It’s just my friend has and ego2 and it’s an outdated board with a single belt driven motor and a top speed of 12 mph. We rode together and he can’t keep up with my blink s. It has really week torque too. I just think there are better boards out there for that price. I really don’t want to deal with a belt motor to be honest. The in hub has been really pleasant for me. The blink lite is something i was considering, but i worry about the stability. A 42" long board seems more stable. Plus the voyager’s top speed can keep up with my blink s. (There are videos of it hitting 15mph easy) so he can grow with it. That’s the end goal, the 2 of us out there ripping and tearing togetjer. Lol. The lite seems like it would get boring rather quickly. Even for an 8 year old. Idk. Thanks guys.

The thing about the EGO’s is that they are very reliable, well designed boards. Not a lot of power and not much speed, but I’ve gone around 1000 miles on mine with no issues. In terms of a solid lower priced production board, it’s one of the best on the market if you don’t need the speed. So it’s got a lot fans.

I’m waiting for Acton to respond. But my Blink Hub stopped working just this morning. I barely ride this thing. It just sits at my office for occasional coffee runs. glad that I was able to kick it back. +1 on this and when something does go wrong, their support team is great. They are in CA.

It’s a hard board to give up which is why I haven’t. Also, putting a quality deck and bushing on it makes a significant improvement, IMO. 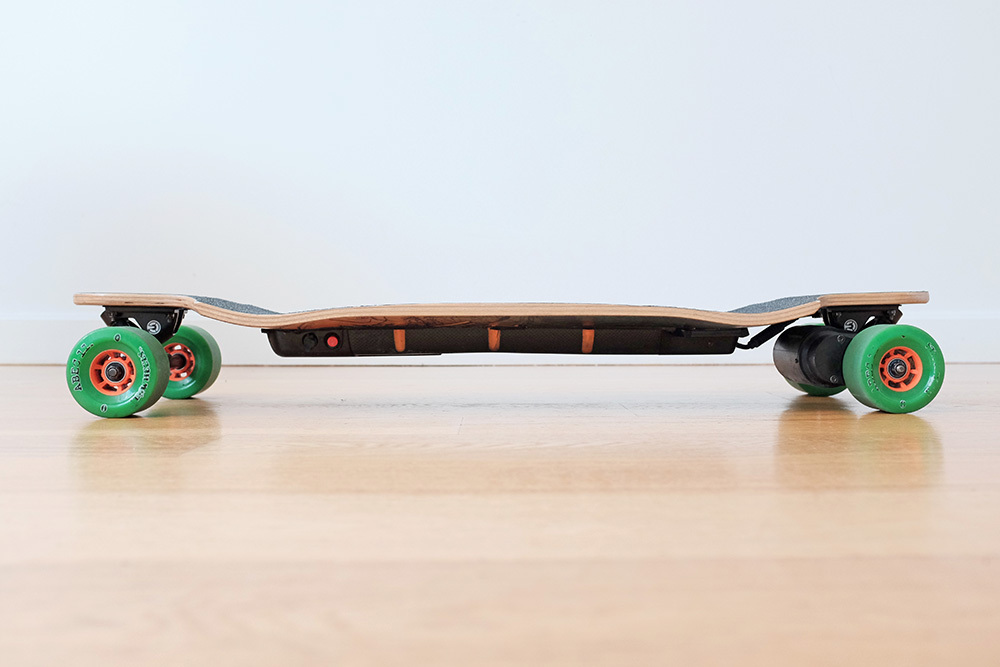 Anyone have experience with Acton’s customer support. I think they are in Cali as well. I’d say abt 95% of the people here are riding belts. To think that just because an esk8 has hub motors it’s better and easier to fix. You are really mistaken.

Sorting out issues with a belt drive is far easier. Yes, more parts, but you can figure it out if you really try. Also, belts drives are more powerful, in general. For example, my 6s (25.2v) single 270kv has more torque than my single v2.5 hub 85kv at 12s (50.4v). To put that in perspective, my 6s will lay you on your ass if you are not careful when you start out. The hub won’t. … That is the reason you see most of the hubs decks come in dual motor configuration. Look at @Mikenopolis his single hub stopped working. Hubs are definitely more prone to road vibrations. The thane is thinner…Also, swapping out thane is a process. They get hotter, which if over worked means they’ll burn out faster…replacing a hub is more expensive than replacing a motor in most cases.

As the others have mentioned, you aren’t measuring in reliability. Looking to YouTube videos, using them as a guage to form your opuons abt electric skateboards is the wrong way to go. If you noticed, never really any follow up videos…ever. So, who’s to say their boards are still working a month later? Im not sure of your esk8 history, I’m gonna assume you were one of those beanchwheel buyers. And I’m not saying that’s a negative thing. But if that’s the extent of your experience…you def need to take our advice.

I mentioned the ego because you mentioned your kid. But it seems it’s more for you. That’s what I’m getting. The ego is what most of of here would never buy…but it a solid ride. Nothing more disappointing to a kid when their stuff stops working. And it’s you that’s gotta play customer service to your kid…and then deal with some joker in China…and wait forever…just trying to save you the pain.

Up your limit and save yourself the bullshit. Maybe check here and see if one of these dudes will build you a board? Nothing wrong with checking. And the coolest thing…you def could fix it yourself or with some help from us.

Edit: I say you build one with your kid…I promise he’ll think you’re cooler than Superman…and tell all his friends

100% agreed. I attempted to open up that acton motor to see what was wrong and it was a pain in the ass just trying to unscrew the damn thing. I have no idea what I’m looking at. But I just repaired a dual belt drive. It took a little while but I knew exactly what to do and parts are easier to come by just by searching this forum.

That acton hub motor is obviously not the best but I did expect it to last more than the few slow miles that’s it’s been used. I never push that board hard because I know it’s limitations. It was originally the belt version but I decide to have acton upgrade it to the hub drive when they offered it. Wish I kept the belt one.