Custom VESC for drop-in replacement of Onan ESC (Any interest?)

How many of you out there have an Onan or Nuff booster? And of that group, how many are interested in modding the ESC?

I am considering having a go at taking the VESC 4.12 hardware design and fitting it to a PCB that will be a direct drop-in replacement for the ESC that comes from the factory.

This is interesting to myself as a project for the following reasons:

If it worked, it might be economical to have a few or maybe a dozen completed ESC made. I have no idea what they would cost, but maybe $150 to $200 which includes dual vesc and antispark.

We could always use more options and creativity!

Yeah Matt, thats right. ATm the mini v-esc x could be the only not onan esc that will fit on dual setup with the onan booster, because of space and this would be a nice option for a change,

Im in when it works and when the mod beats the original new Foc mode onan x2 esc ( what could be very hard, because the new onan escs are b pretty good)

This would be most interesting to me if I could get a bunch of blank enclosures super cheap. That way could sell the enclosure and customer can buy their own motors/hubs and just order onan batteries.

Has anyone ever talked to customer support or anyone at onan? I have sent a few emails no responses. 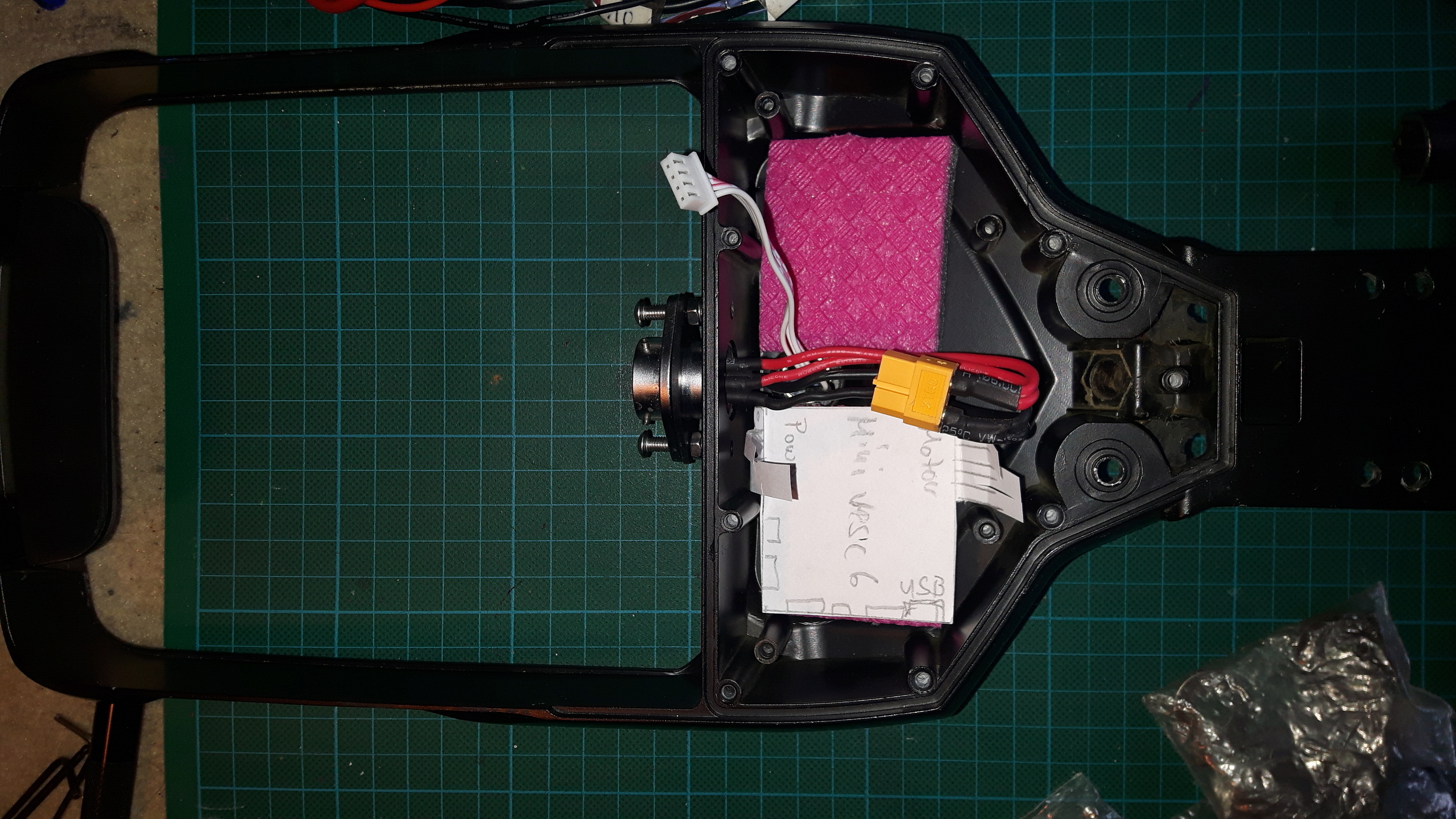 mock up of two mini v- esc in an onan.

yeah its not easy to get in touch with someone at onan. Maybe try out from alibaba platform, because sellers will lead you to the onan labs if you ask for it.

Then again I’m not sure I really want to support these so much. I hate that you can’t get to the charge port while it is installed.

Actually, if you’ve got the x2 or 3, and want to rewire them, it would be possible to split the plug, so 2 prongs are charging and 2 are for power. Then put a barrel connector on the enclosure.

chargeport never were an issue to me, but for many people it is. Dont understand the second part. which plug you want to split? edit: ahh i got it, you mean so you have two charge ports, one underneath like the original and a second one from were you can charge without taking the battery off, right?

The battery<->esc connection has 4 pins, 2 in paralel. You could split them so that you can pass the charge connector through the internal connector… and then add a barrel jack to the esc enclosure. That way you could charge it while it was plugged in.

ah okey,but not necessary for me, because you can swap batteries that easy and i always got some extra batteries with me. But nice idea anyways

Would make life easier just popping a dc jack in instead of having to wrestle the damn battery out getting hands all dirty.

I like it dirty hahahahahaha why wrestle? don’t glue the batteries in the enclosure man hahahahaha

What do you think about the mini v-esc (foc) for dual setup in the enclosure. For me best choice atm and enough space at all. Good to go imo because they do FOC like the new onans, and performance on them is pretty cool.

With the same hubs or different? I’m not sure what is worth it for the stock hubs really. X2 probably better. I think its important to keep it cheap for this build unless you plan on putting some real high power motors there. I think 2 vesc 4.12 would fit if you stack the capacitors on top or maybe in between. Would be tight.

If I knew how to use KiCad like I do eagle it wouldn’t take me much time at all to move the parts around. The advantage to doing it this way is that you can use the heatsink the same way as the stock pcb.

But… again at these power levels, doesn’t matter. Using the heatsink like that would be good if you want to run more power, but then, the battery can’t really put out too much anyways.

The main reason I want to do this is because the ramp rate on the controller is so dumb, and I don’t have FOC so it’s quite loud.

Probably better to just leave it alone and ride it into the ground, get a cooler board.

im talking about X2…X3 motors are to small and weak. Don’t know the problems anyone has with these hubs, im totally happy with them. In 4WD after treating them hard they don’t even get warm, and im talking about steep hills up and down all the time in my area(like SF). Always hitting the sidewalks hard and never had any issues like loosing magnets or something. It would be great to be able to change between motors with another esc( i heard onan is not open source) and i would try that. The battery would need another hack for more power, switching the cells to 30Q instead of 22P would be much betters i guess. @faust got a 10s3p configuration in one battery pack… I got an idea: It would be nice, if we were able to use a second battery pack (via serial connection i think it must be) with only a 2WD onan X2. So theres more power and more range and with maybe fausts battery hack you got 60 cells underneath. You know what im talking about? there only has to be a connection method between the packs, and another add on enclosure to fix the second one, WHOOOOHOOO!

I had Onan esc issues and managed to squeeze a fsesc 4.2 dual in there

great, do you have taken any pictures you can show up here and maybe a video running them motors on them flipskys? 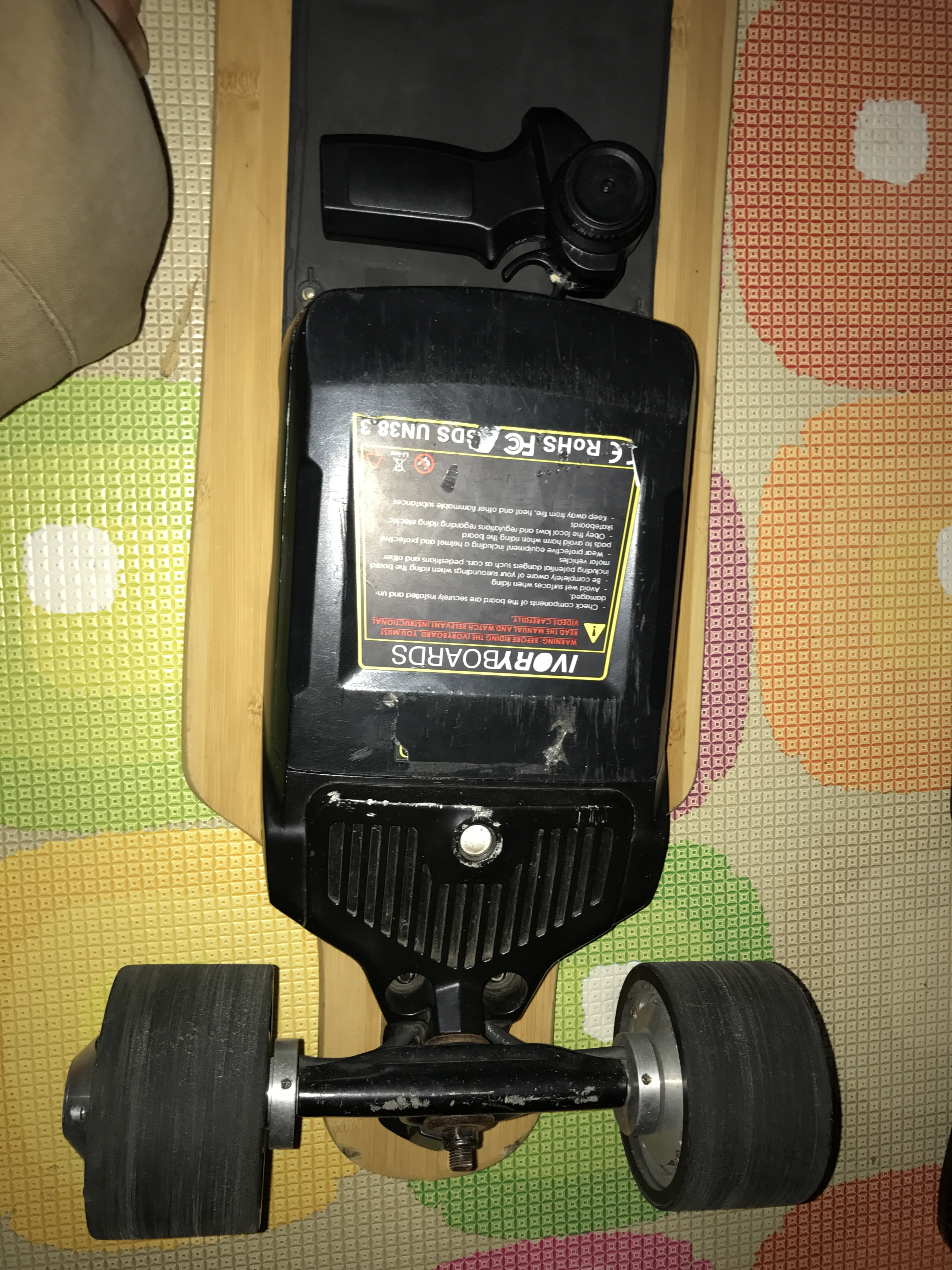 I took a little video it cogs a bit because I’ve set it up unsensored after just doing the resistor swap on the fsesc not sure how to add a vid to the forum though. No room for a power switch it turns on when I connect a battery and off when I disconnect.