Hey guys could you look trough my wiring and check if anything is wired the wrong way. I am getting a negative amperage when i pull the throttle and i have no idea why. 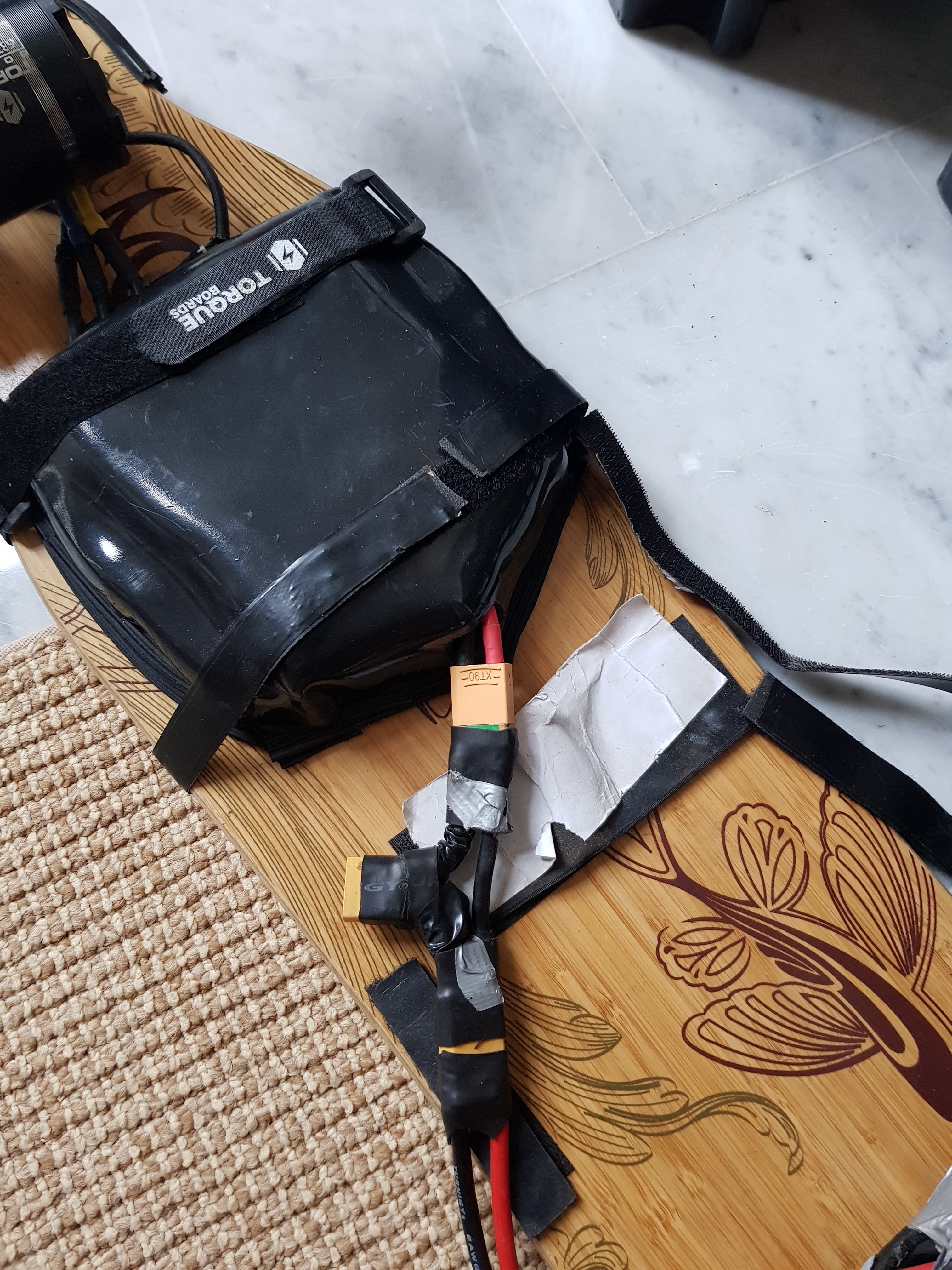 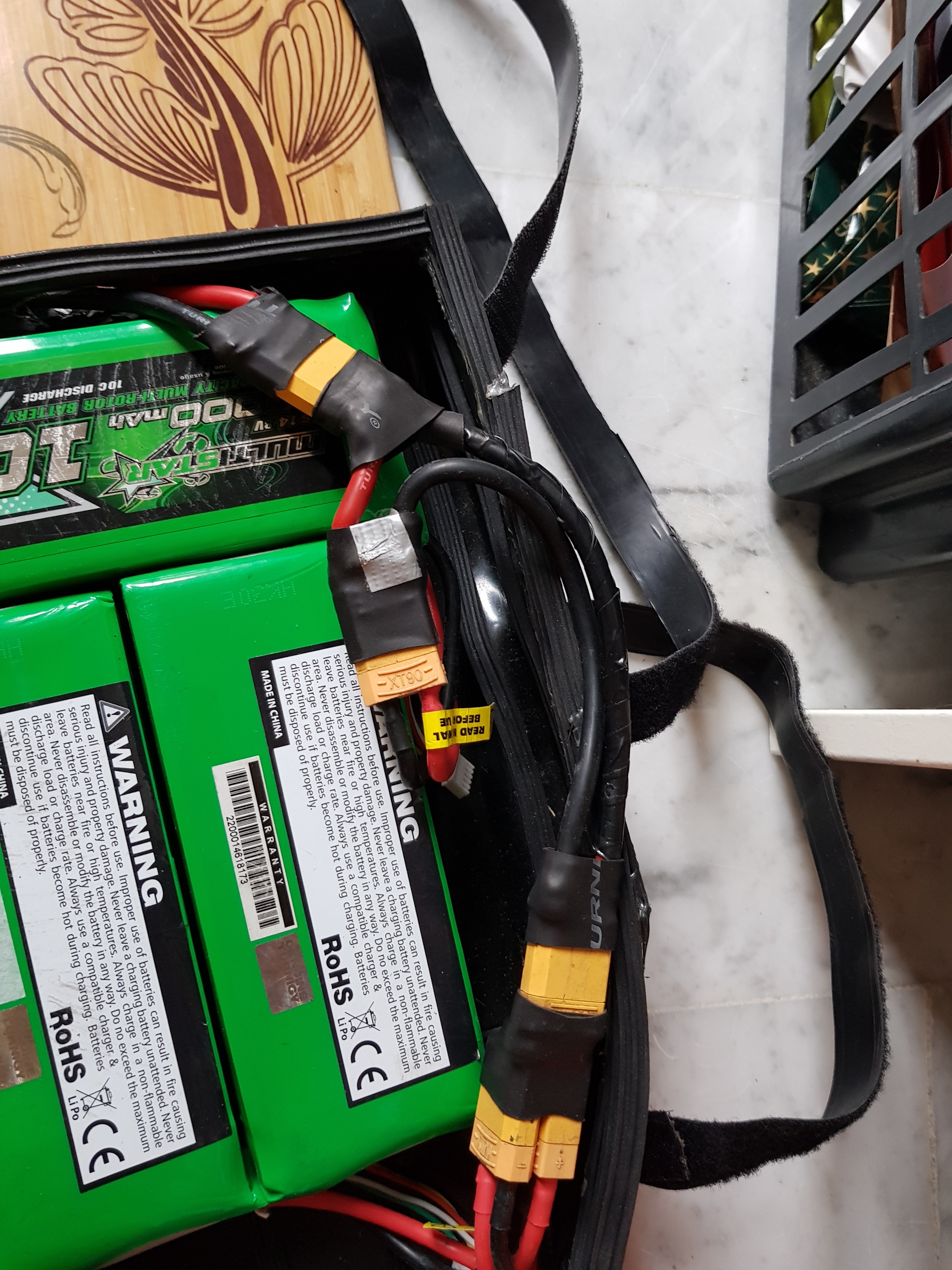 Hopefully i didnt fry my esc

Give some more details on how many batteries you have, use Microsoft paint if you have to. Can’t really tell from the pictures to well.

I will get on it and go make it in paint! 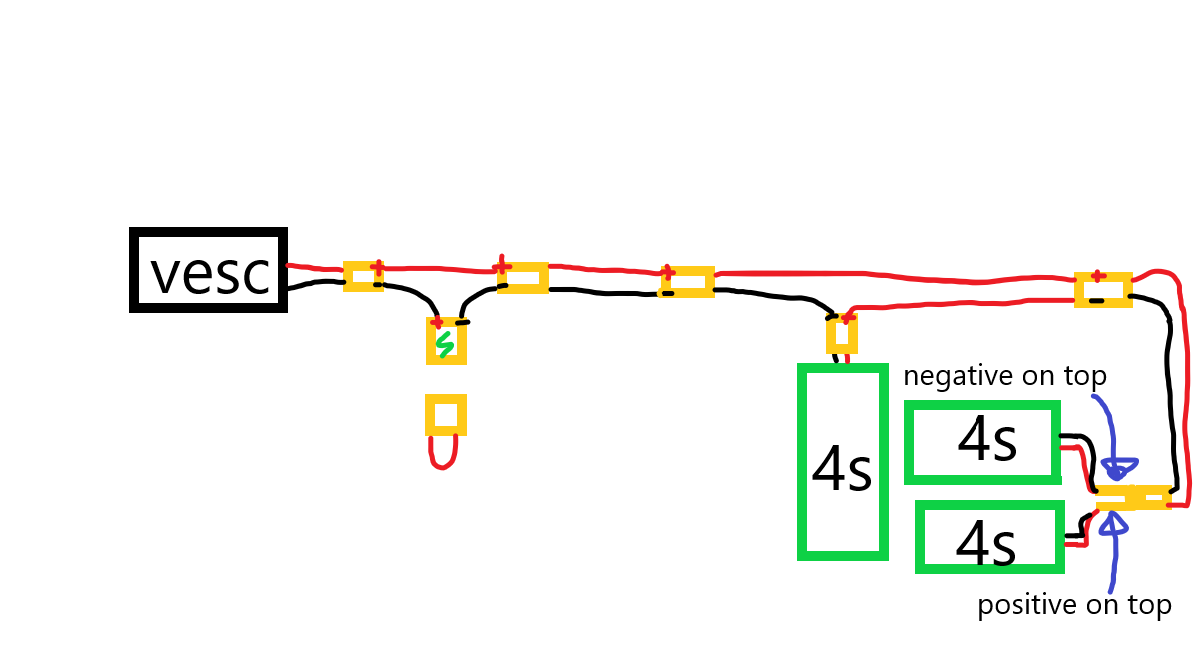 That picture and diagram seems to indicate you have two packs in parallel and then series for the other one.

Oh i didnt mean to do that. I made an xt90 series plug looked it up and checked it. and that one workes so if the part on the right is vague. because of the drawing. its just an xt90 series plug for the 2 horizontal batteries to make them in series.

Is my red line connecting two packs? Negative should lead to positive on the other pack. 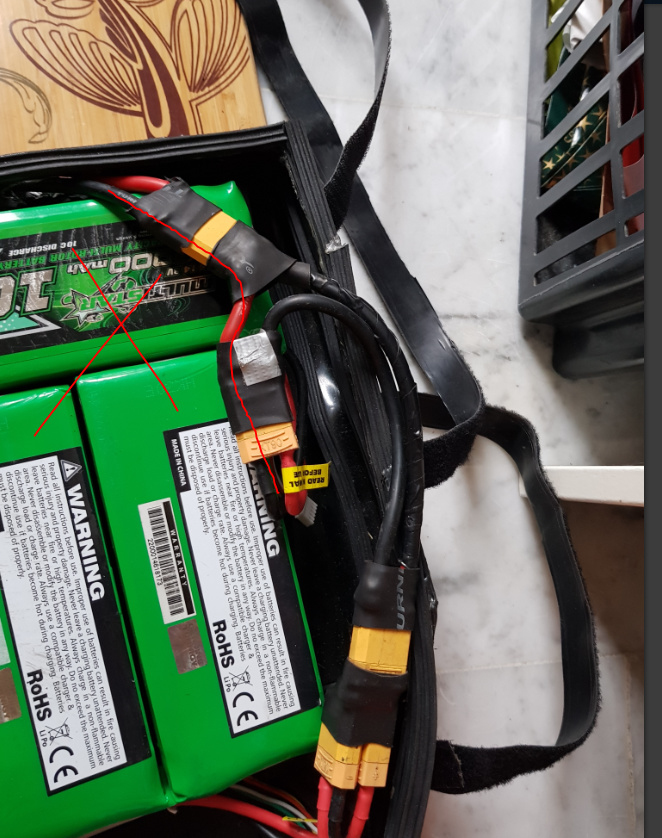 Ehm no. The red line you drew is the plug (upper left) coming from the anti-spark in the middle of the board. So that plug has no batteries connected. However the line is going towards the end of a plug where a battery is connected.

can you make a better drawing? 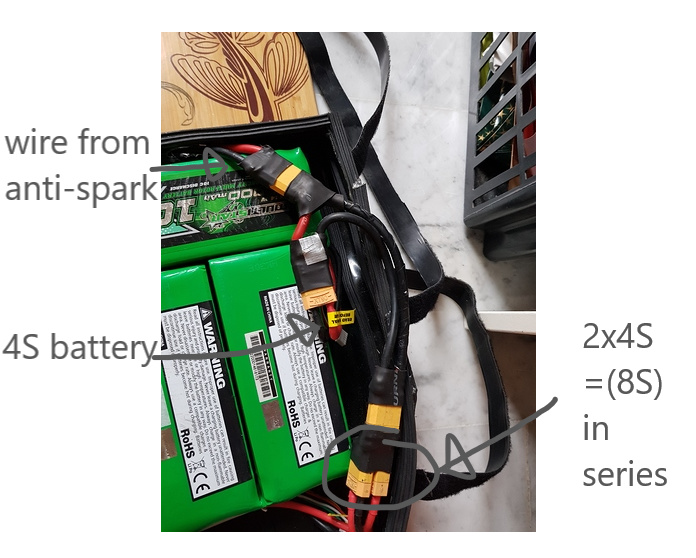 Better in what way? I am not really experienced with how i should make such a drawing.

Make it logical, it doesnt have to model reality, just the connections.

If you’re sure the series connector you have is correct, and you have the polarity coming out of it right then the rest looks okay.

Can you explain what you mean by negative amperage? Do you mean your motors are spinning in the wrong direction? 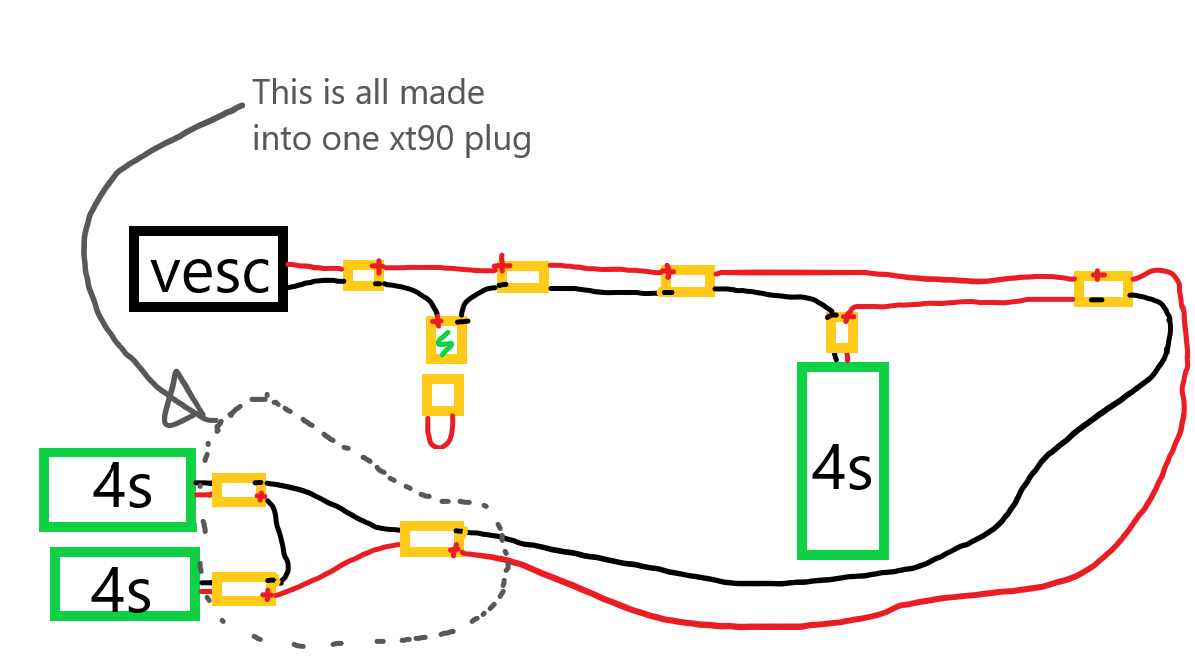 No I mean. When i pull the trigger. The metr app says it gets a negative amperage. The amperage goes from 0 to a max of -3.5A trigger fully pulled. So my remote connects, my metr app still works, and I dont have reverse enabled.

i mean, it looks right, but man this is a weird way to wire them up.

I am sorry if i dont answer your guys questions. I try to but some things i just dont understand about electronics.

Oh is it? How would you have wired it up then? I was struggling with the 3x 4S so I thought this was the best way to do it. But its good to hear that I have it wired up correctly.