This one is for @dannychan as he can´t create his own topic. Here you go! Tell us more about your plans

Awesome! I emailed them around 3AM in the morning in a very long winded letter for them to join the forum after a few days of researching their BMS.

They’re been pretty active on the Endless Sphere Forum engaging with the Ebike community and taking their feedback:

Right now the forum is still searching for a reliable and compact way of monitoring and balancing cell packs:

I believe there’s value in knowing the voltages of individual cells (or P packs) in a battery pack. If nothing else, knowing that your cells are well balanced and don’t tend to drift away will give you a piece of mind. I’ve been looking into what...

I believe , with some community input the Neptune 15 can be it.

Now for my US brethren waking up please play nice

Thank you @dannychan for heading my advice.

@Adstars you’re the only one in the forum at the moment that has a Neptune 15, how do you like it? How’s the app? The Balancing ?

Not yet tested it,

The cells are almost ready to hook up.

I’m off on holiday for a week so will update you when I return. Good to see Speedict on the forum. Welcome @dannychan

I’ll be putting the Neptune through a few stress tests shortly. Ease it in with 3amp charging, moving up to a fast 10amp charger. Video review and feedback to follow.

The app looks promising and it will be nice to keep a close eye on the individual cells.

The build will also include new tech from maytech, their new waterproof remote. I’m also planing to integrate a wireless charge transmitter into the build for this remote. @EileenMaytech.

Hi @dannychan, thanks for joining!

In the muddle of a 13s build, I’ve moved from one cheap bms to another, discharge only of course

Kick to start anti-spark arrived, ordered a smaller 13s BMS Oh and Gappy Nee Years to you all 🍀

Can the Neptune 15 cater for any voltage 12s-15s depending on connected balance leads?

I’ve been trying to not buy one!

Yes it can, they sell adapters.

It’s all in the balance lead wiring. check the PDF.

@dannychan I looked at the products you offer and I really like the features and the polishing on both the hardware and the mobile app. I’m particularly interested in the Neptune Lite. A few questions:

You mentioned in the thread on endless sphere that you don’t want to focus on iOS. I believe that was some 2 years ago. Has anything changed in that respect?

Have you considered documenting the communication protocol to allow third party solutions for iOS or even for devices other than mobile phones, e.g. custom gadgets with bluetooth and display?

In the Android app, I can see you can set the maximal cell voltage and get a visual indication if it’s exceeded. Is there a sound alarm as well? That would be very handy to know that it’s time to disconnect the charger since the Neptune Lite is a monitor only and doesn’t control the charger.

Have you considered documenting the communication protocol to allow third party solutions for iOS or even for devices other than mobile phones, e.g. custom gadgets with bluetooth and display?

This , when I was looking over the Endless Sphere forum i thought about how creating at least an API would allow people like @rpasichnyk (though it would probably only work by switching the Bluetooth module) and @Deodand to tailor their software applications to suite the Neptune 15.

Imagine loading up the VESC tool and having it connect to the BMS module to see pack voltages while knowing your not compromising much on space.

I’d buy the Lite too if I had an Android device, but can’t justify without

If you make an API that @rpasichnyk could potentially integrate into metr; I would buy it instantly.

yes it can bypass discharge circuit by connect discharge wire to loading directly, and charger connect to neptune’s charger wires

we would like to spend time and effort on next coming model MERCURY 15, therefore we don’t have schedule for iOS app as well as open API for further development, sorry about that.

add alarm or buzzer to neptune lite is easy but take out discharge circuit on neptune 15 can not save some space because most of the space is occupied by balancing circuit.

we would like to spend time and effort on next coming model MERCURY 15, 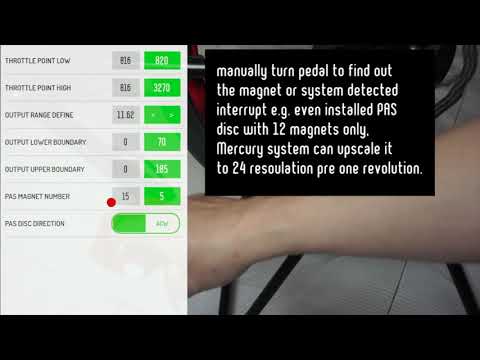 Weird, I can only find references to a model by this name released in 2012!

we would like to spend time and effort on next coming model MERCURY 15, therefore we don’t have schedule for iOS app as well as open API for further development, sorry about that.

Thanks for the answer. I understand that you have other priorities than iOS. As for the open API, I suppose that documenting it is a pretty simple task that could be done in a day or so. I guess it’s rather the question of whether you want to allow third party solutions or you prefer to deliver your own. I believe that opening the ground for third parties could be beneficial for you.

the problem is we don’t have API, the client and hardware connect and handshake is hardcoded unless we’ve change our code.