I started my build at end of November as I wanted to upgrade from Meepo but Evolve’s disconnection issues and their battery sag just wasn’t appealing. I did wane evolves trucks though, So I decided to do a clone build with some changes. Did my first test ride today and it was awesome! Here are some photos to start! 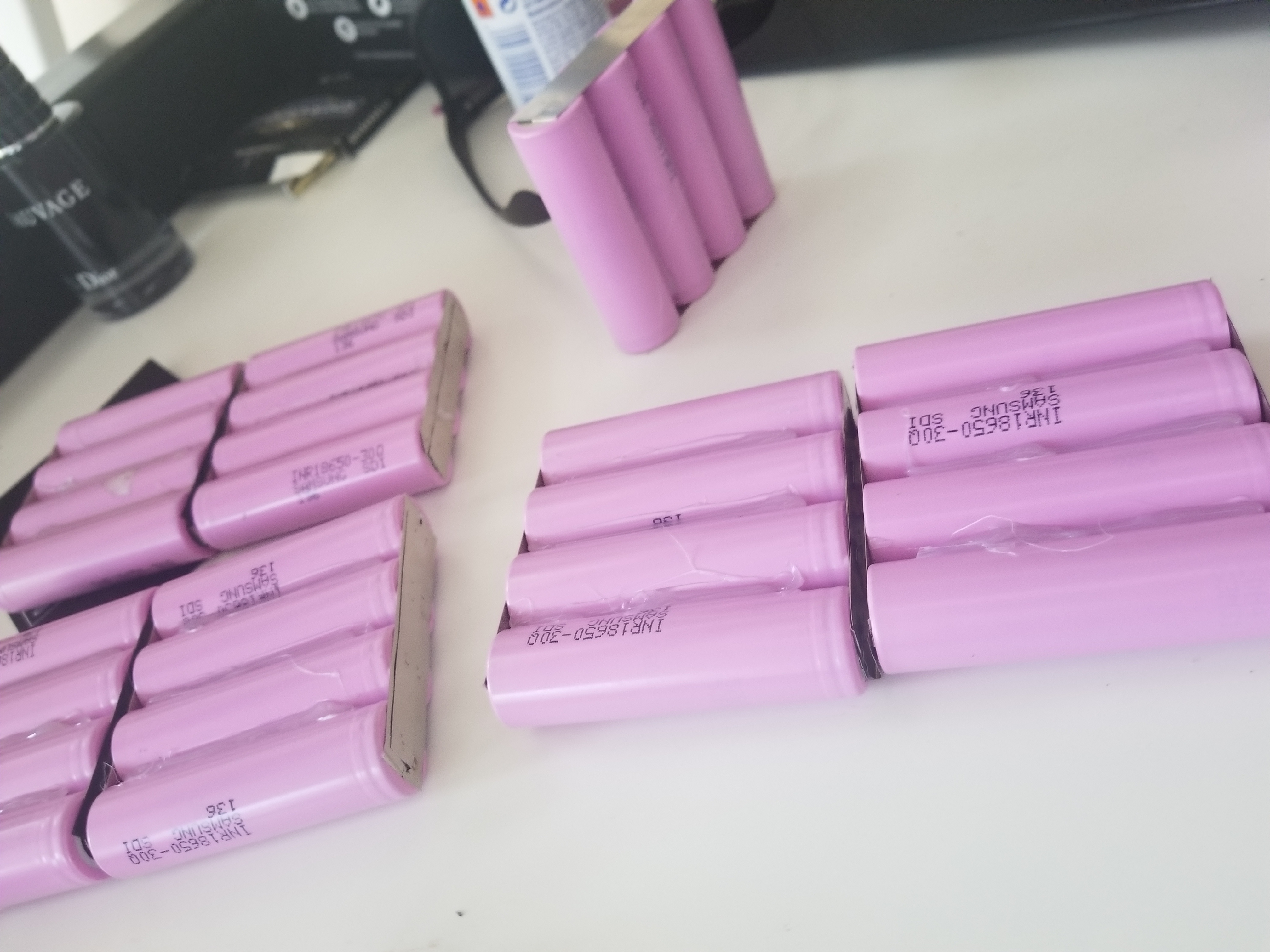 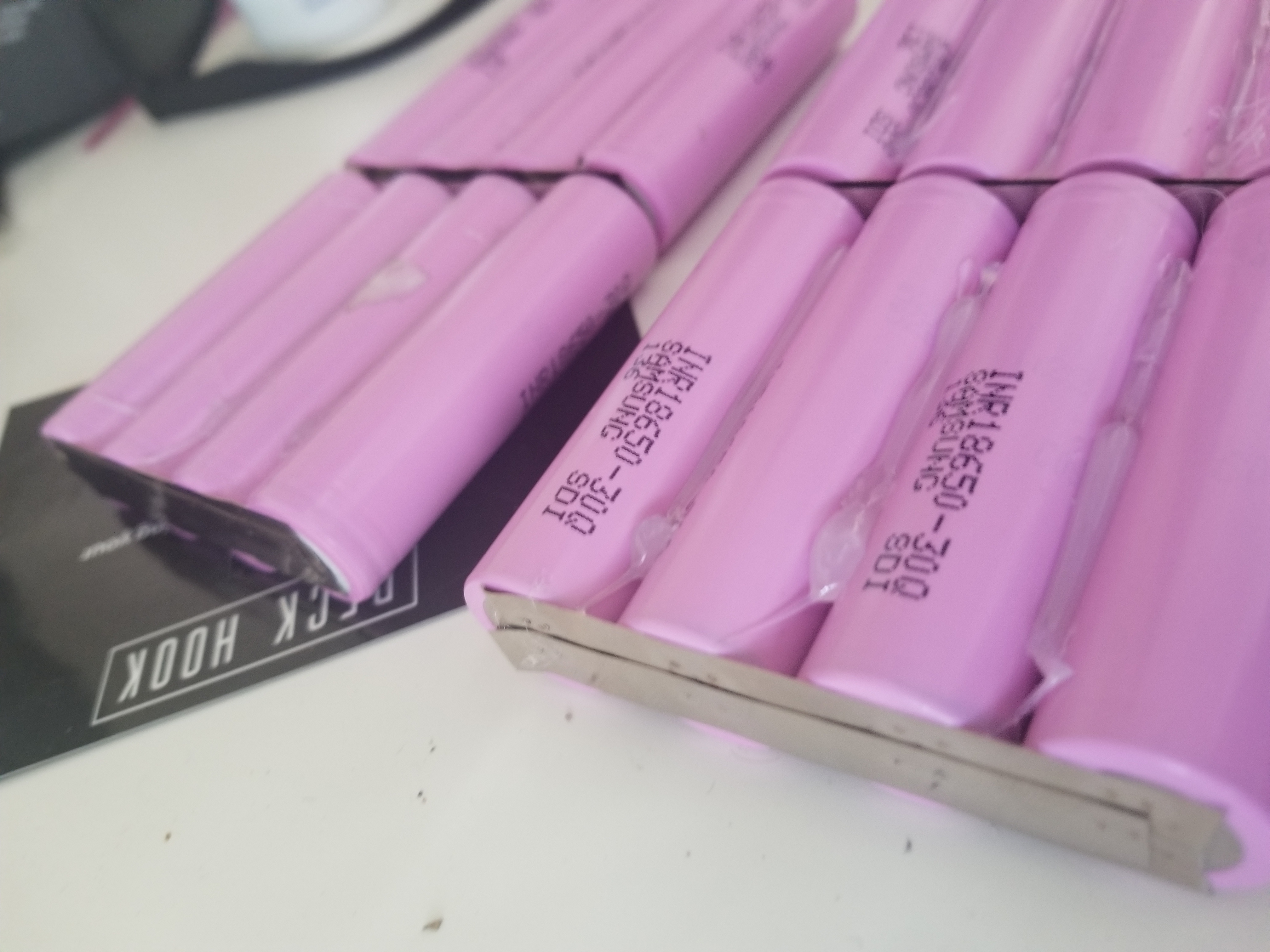 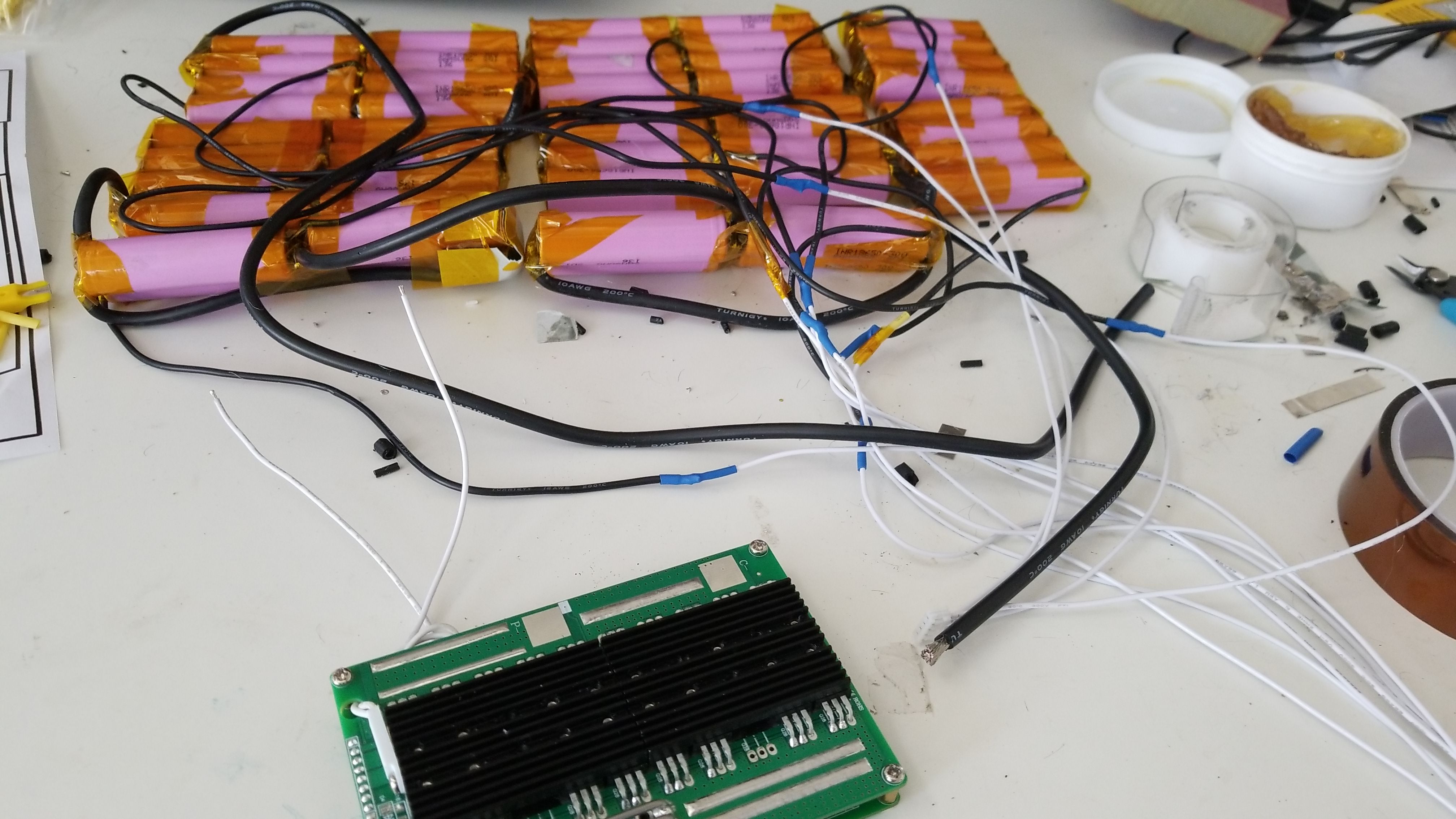 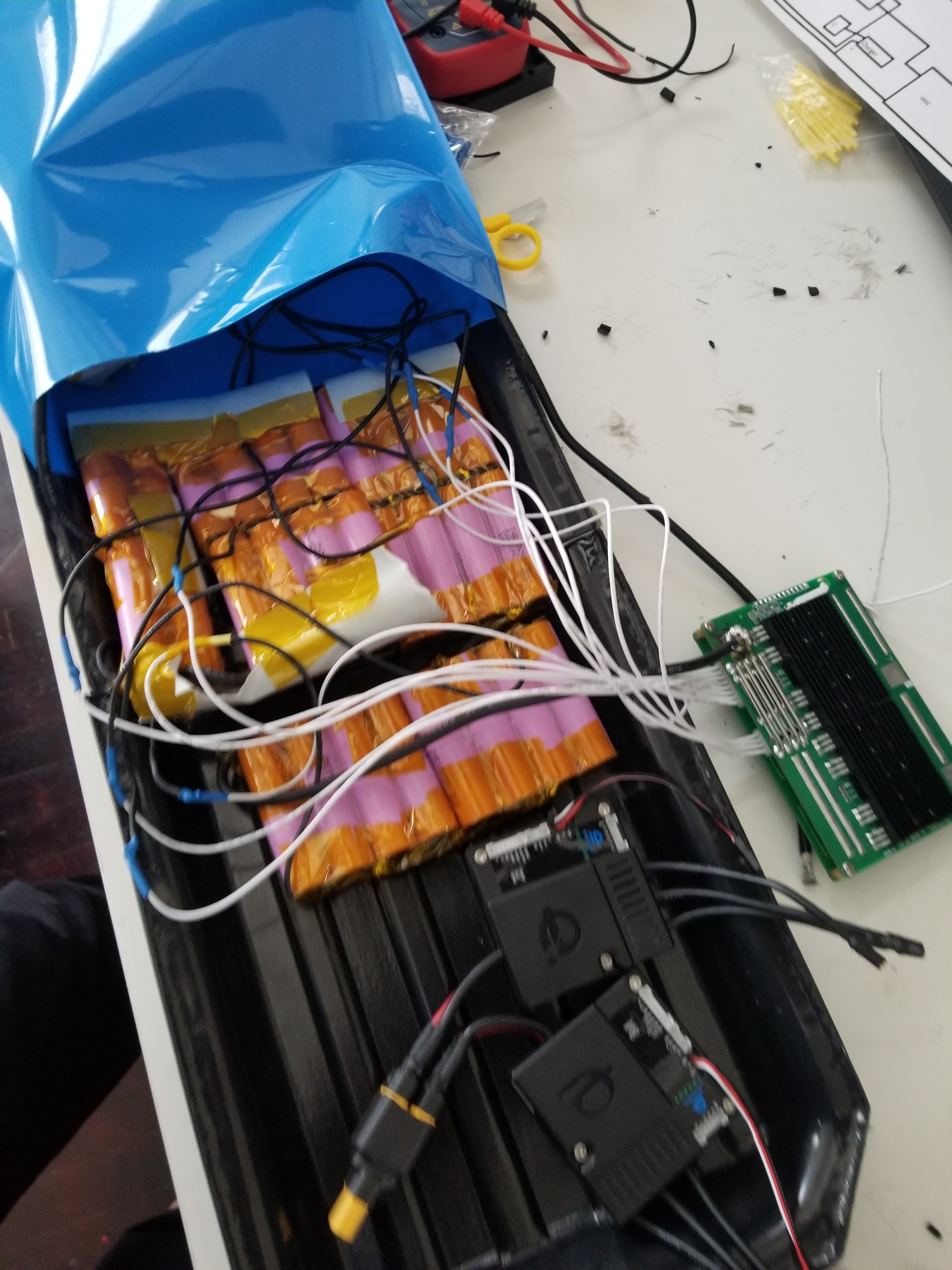 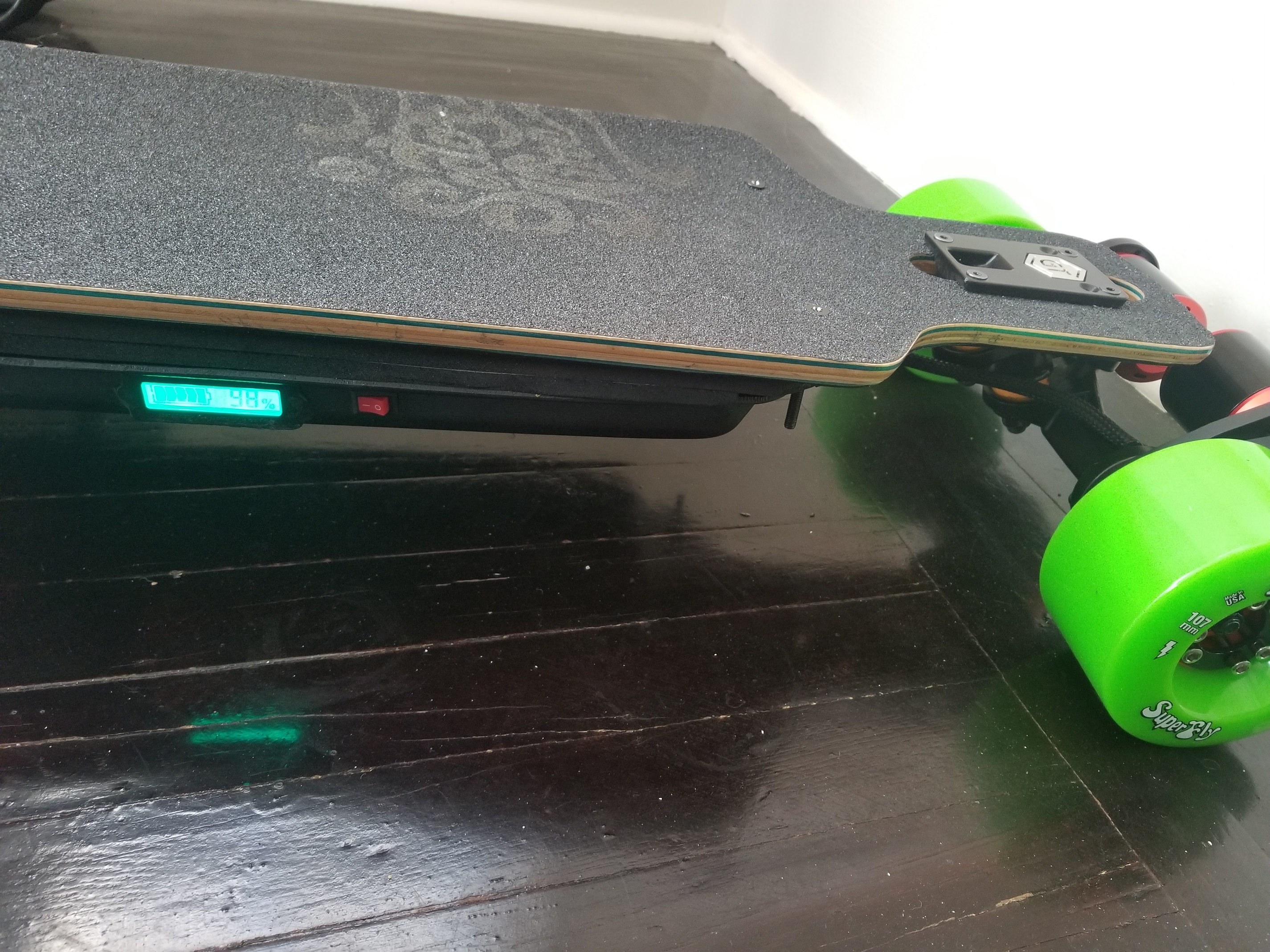 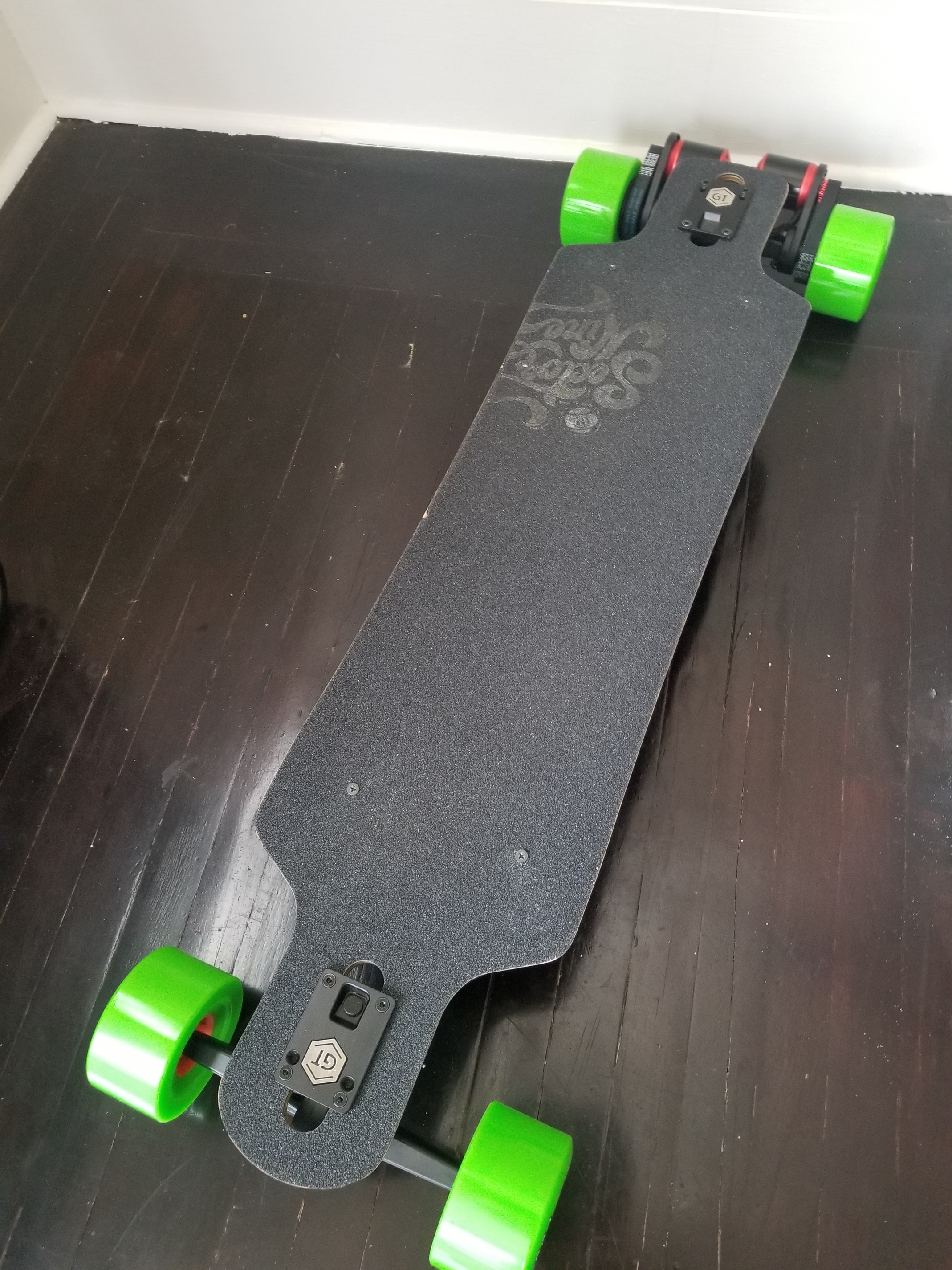 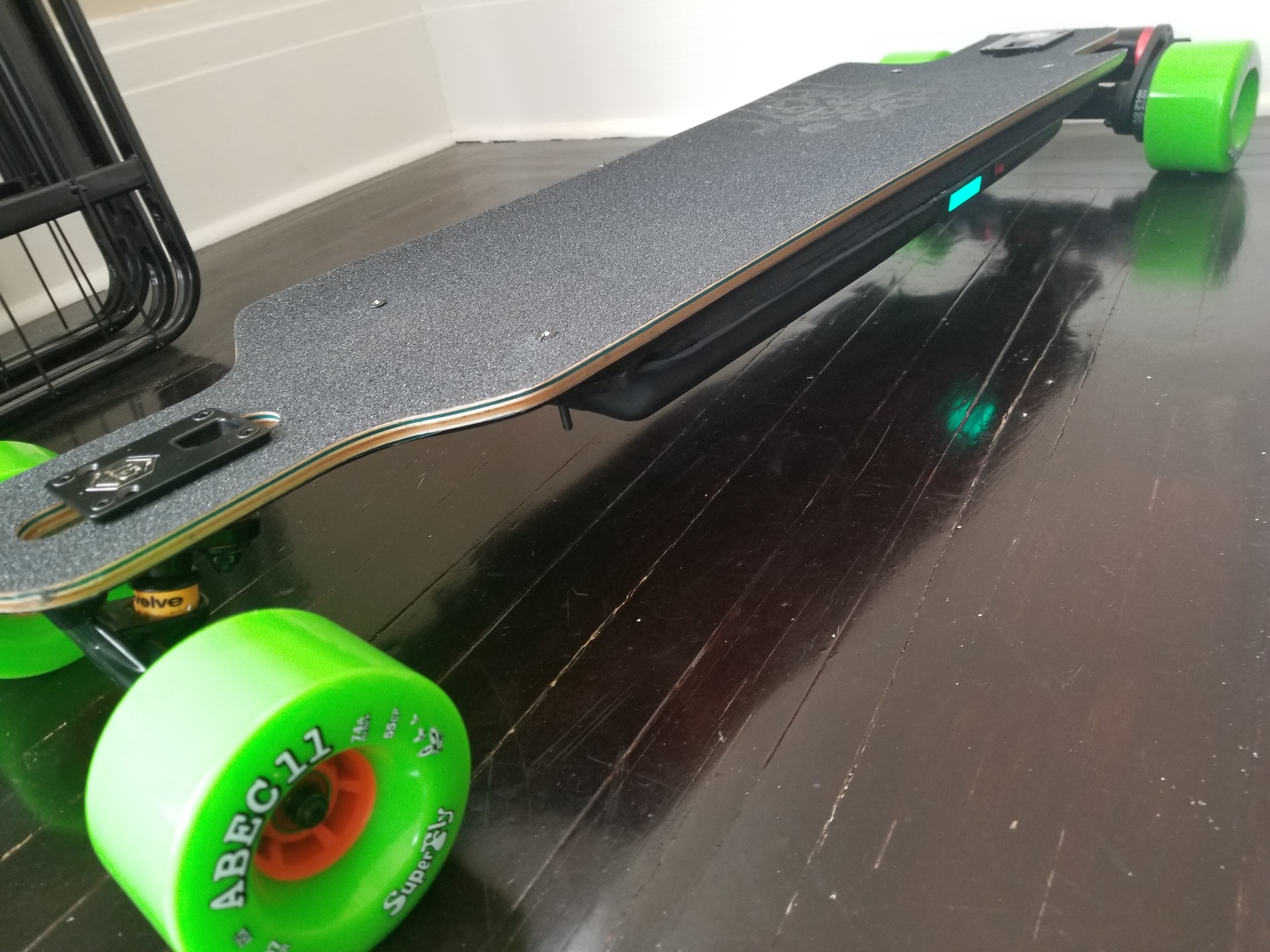 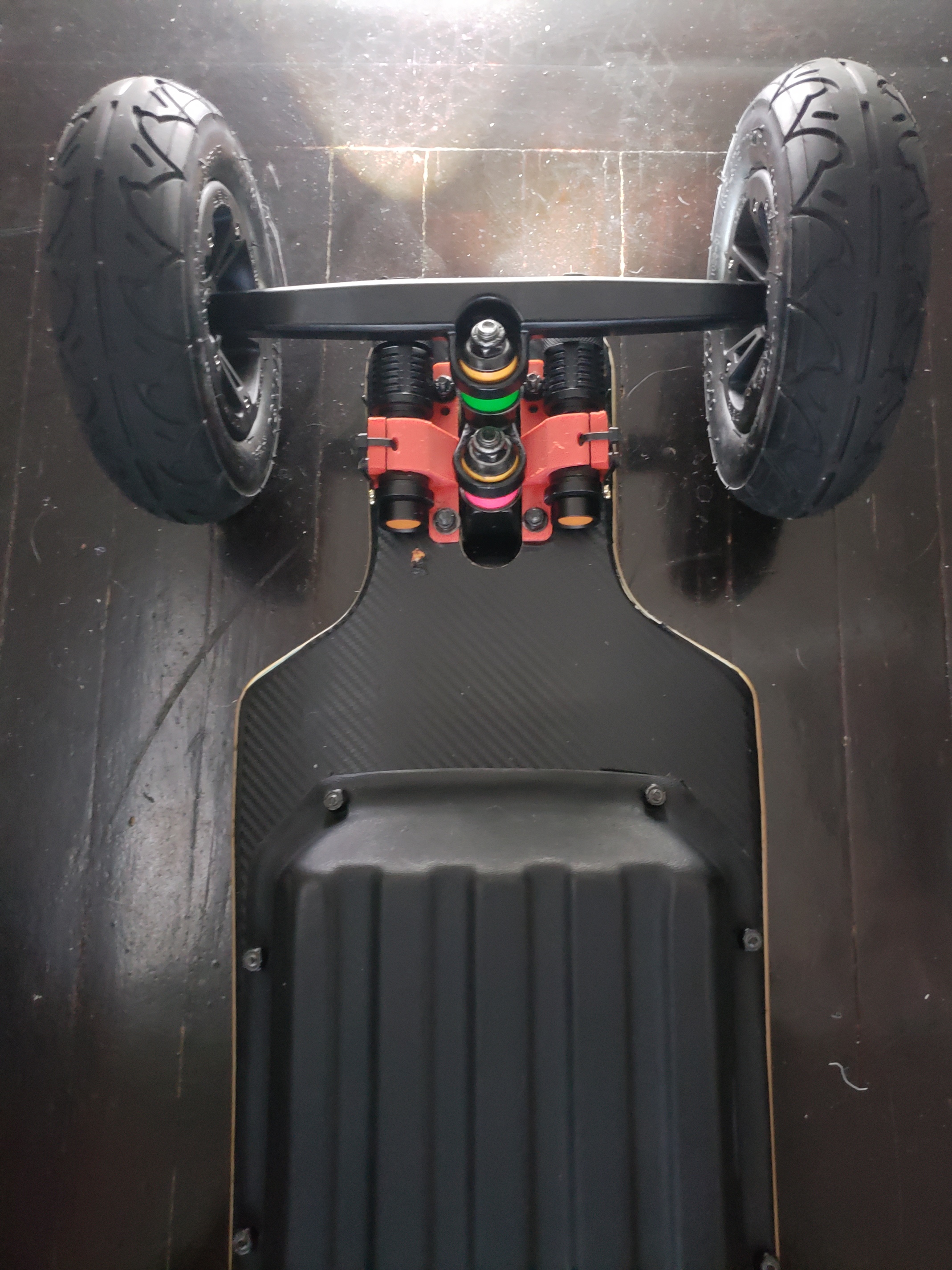 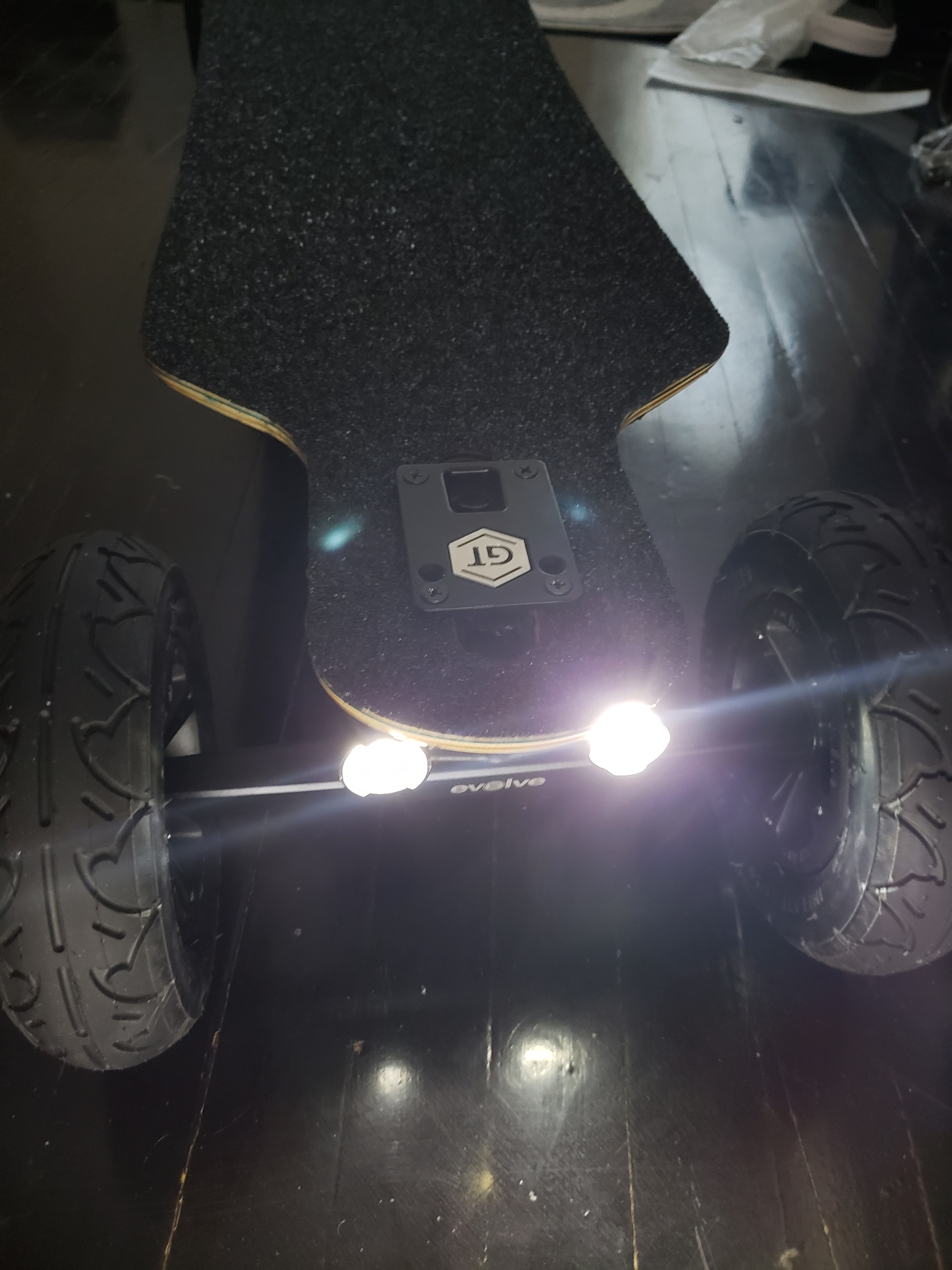 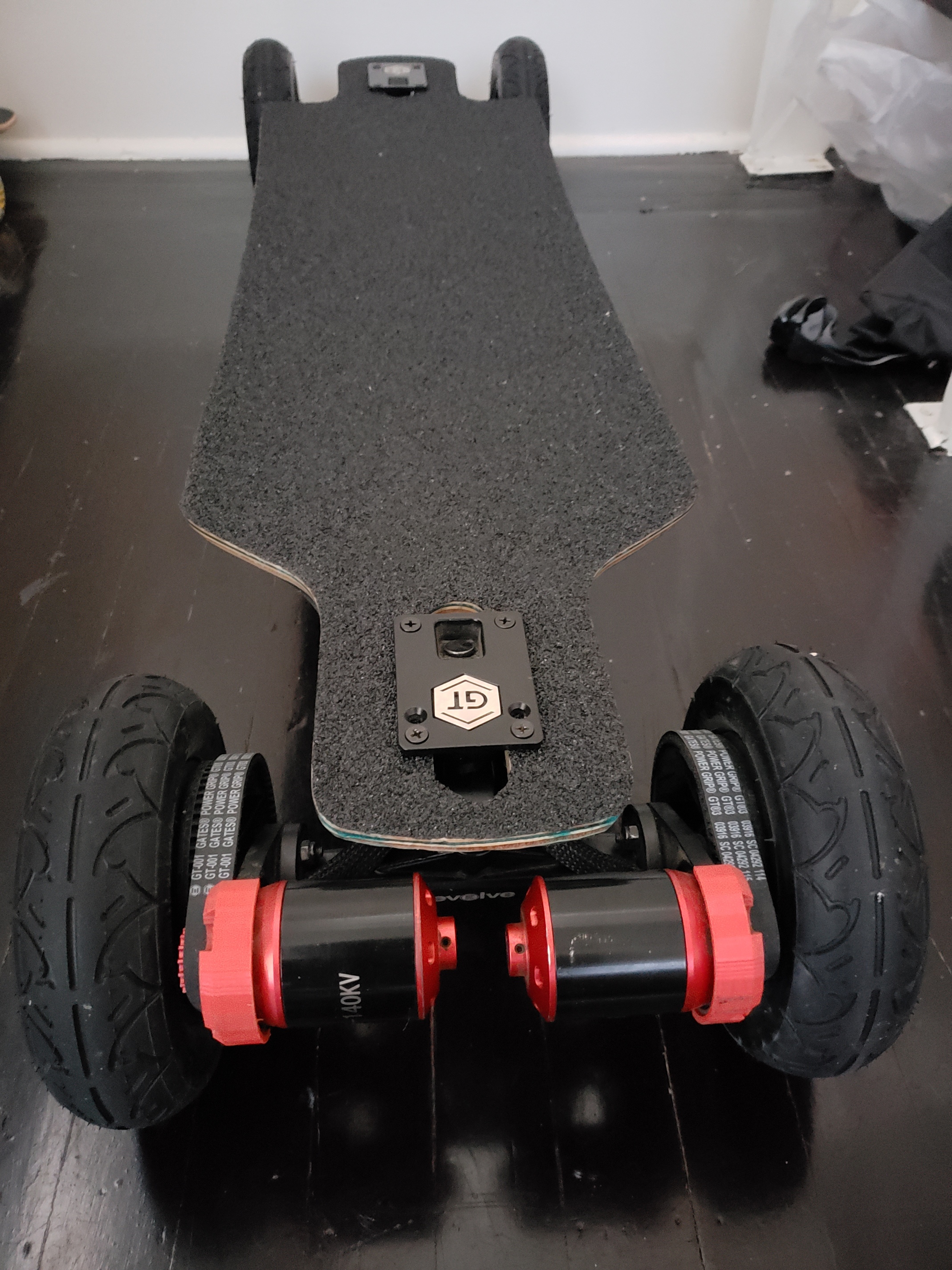 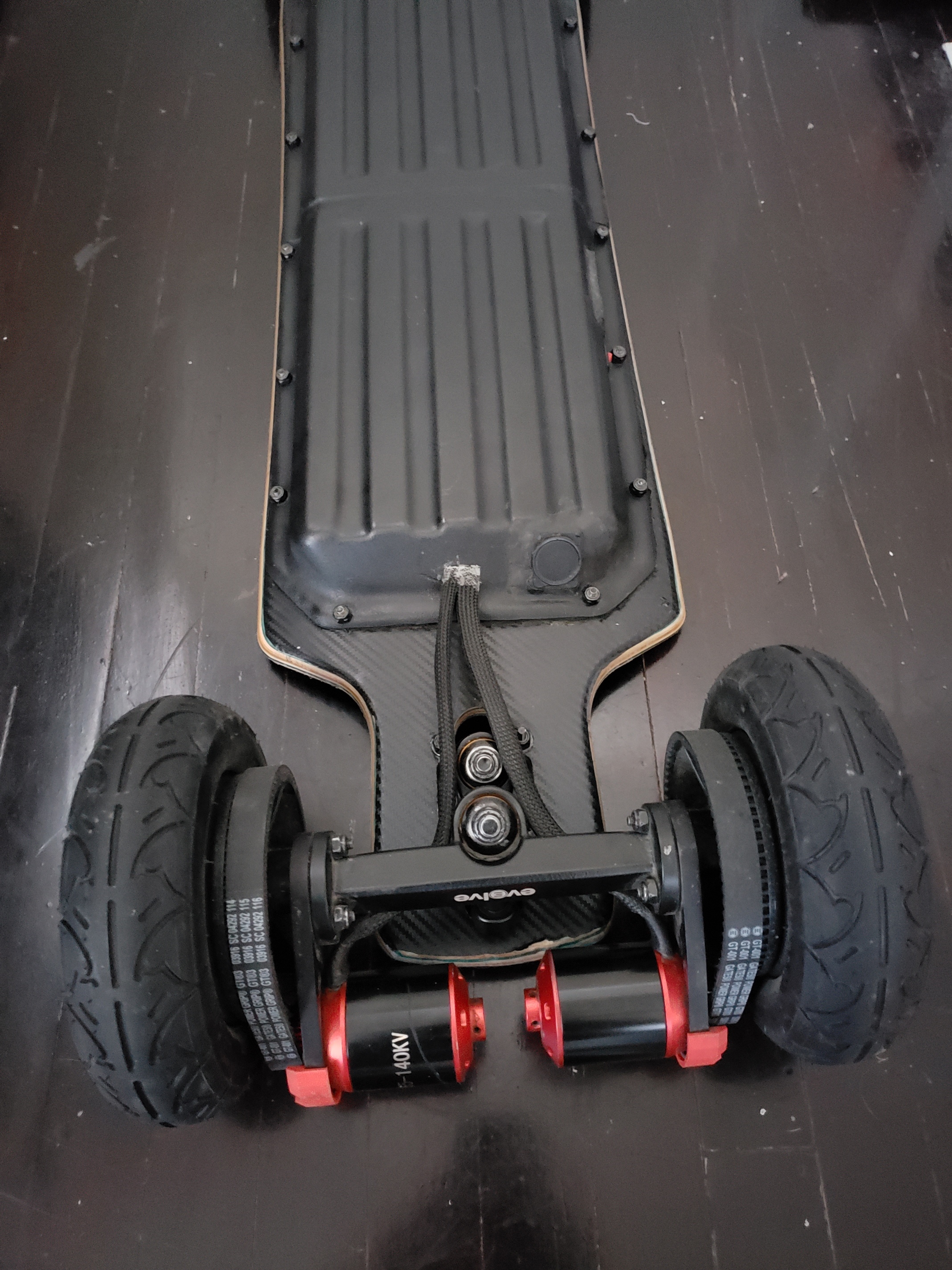 Have to say this took incredible amounts of commitment, work and research. I don’t think i have taken a more ambitious project as of yet.

Now for the performance, this is running in FOC mode on Ackmaniac’s firmware and the torque on this thing is just INSANE! Coming from a Meepo I had no idea DIY boards are so savage. This thing just pulls and pulls. The first time I rode it I thought to myself “I have created a monster that wants to kill me”. I can imagine what the torque on this thing would be when I increase VESC settings to max. Getting hella more protective stuff soon.

And finally I can say that the reason I built this board was because I need bigger wheels and more thane. This board delivers on both as I can ride sort of comfortably in Oakland where the roads are just utter shit. I am also adding my complete parts list in case anyone want’s to replicate.

As you can see board is cheaper and better in performance than evolve’s carbon GT. So maybe this was a really good decision after all.

This is still a work in progress. So planning to update this thread as I finish.

Nice, pretty similar to what mine will be with sector 9 bintang and evolve trucks.

I always love how the Evolve trucks fit these kind of decks, a lot of wheel base

18650s are treated with some anti solder shit, make sure next time to scratch them with some sandpaper, do the same for nickel if you are soldering on it Put a lot of flux on the solder and warm up the cell/nickel real good and it will stick like its on copper wire

@Flaco @Eboosted The trucks fit no problem but the motors were a whole another story. I had to cut the end of the deck with my rotatory tool to make certain motors don’t touch the decks when turning. Their motor mounts are just too short. It’ll likely be same with bintang as well.

I wish I knew that sooner. Although I didn’t directly solder on to 18650 but Nickel. Even tried a lot of flux but getting wires to stick to Nickel was just so damn hard. Having 10AWG wires certainly did not help.

Funny just yesterday I started cutting the back of the board.

so you using 10s and what kv motors? Just wonder how you get those : torque and range?? I thought that 36T are way too small pulley for 107mm wheels. It should be bad torque with 15/36 on 107mm wheels. 15/36 are awesome for 83mm wheels, sweet spot for speed and torque. for 90mm it is closer to 14/36. For 107mm need wheel pulley with 40t+. I just can imagine: at the moment i have 15/36t , torque is just fine, but on very steep hills its not so good! speed is fine 45km/h. So if i changed wheels to 107mm, than torque would be crap, i bet i couldn’t even go normally up first bridge i will come across, and top speed after long boring waiting till board hits top speed would be maybe 50+km/h!!? now i have range about 30km if normally riding and 25km if speed runs, hills… so with those 107mm with 15/36 range should be a lot less. So how come 36t is fine for 107mm? explain me, because I have some 36t pulleys and planing to build next build with 107mm wheels.

I am using 12S and 140kv motors. So that might be a contributing factor to the torque. For me I can get up just about every hill I have encountered without any problems. In fact I had to bail while going up a really steep hill today because I let go of the trigger and was not ready for the sudden lack of torque. Unfortunately my range is only 25 miles as I tested today, but this was with fair amount of hills and battery cutoff set to 39V. On flat roads and lower cutoff voltage I imagine I could make it to 30 Miles.

You need to use custom made motor mounts, it will clear the deck

Awesome looking build. Is that the 405 enclosure from psychotiller? How did you join the 2 halves?

Yes that’s @psychotiller 405, I used Epoxy to join two half’s together, if you are quick and willing to sand, you can get a seamless joint. No one would ever know there were two halfs. I also ended up spray painting the enclosure to get that matte look. Here is the before and after shot. 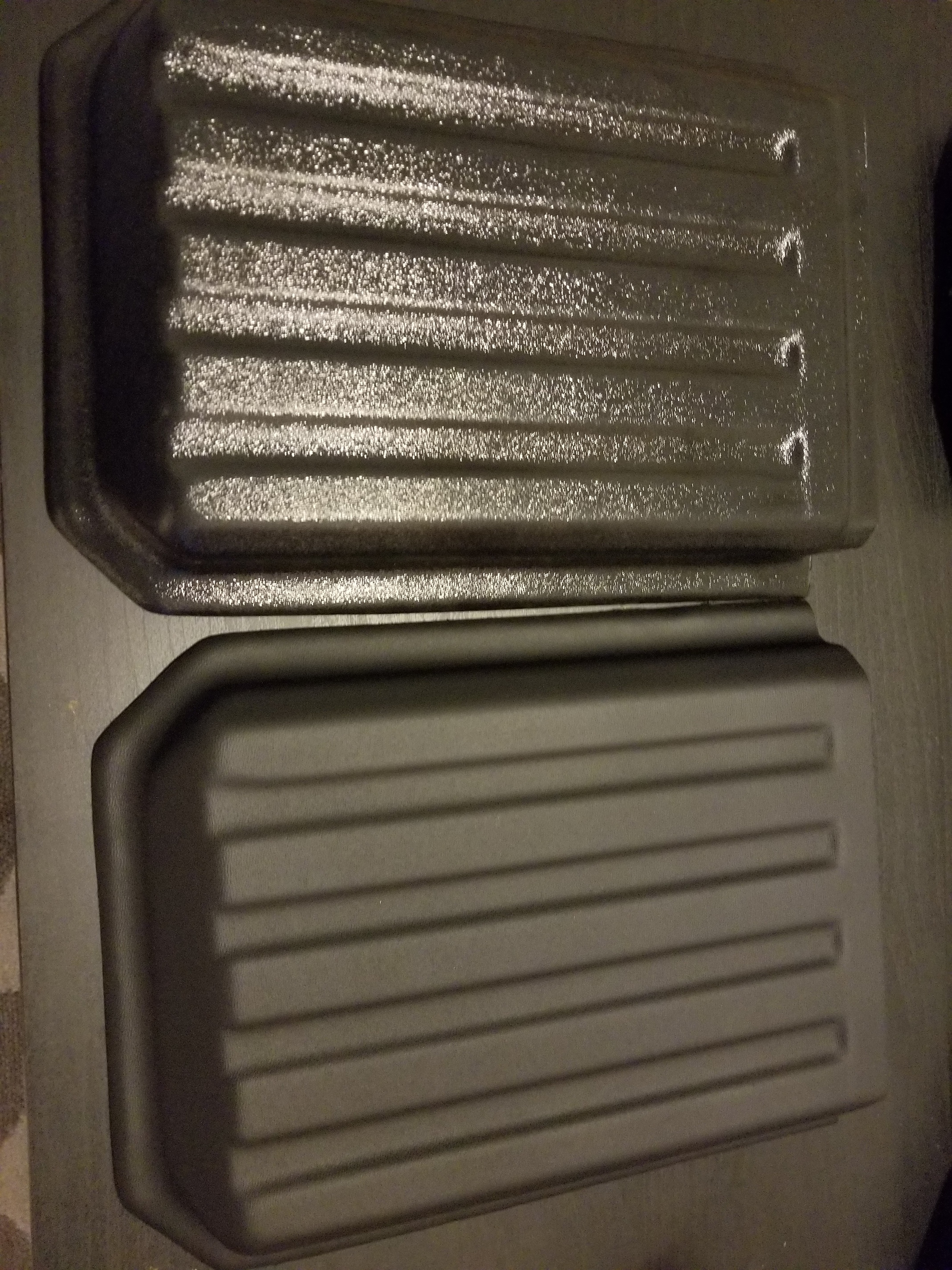 This is what I used to paint it. https://smile.amazon.com/gp/product/B002JFSXTY/ref=oh_aui_search_detailpage?ie=UTF8&psc=1

This is the epoxy I used to join the two halfs. https://smile.amazon.com/gp/product/B001Z3C3AG/ref=oh_aui_detailpage_o00_s01?ie=UTF8&psc=1

Why not use ABS cement? It’s made of abs and works better than Epoxy on abs.

I had no idea such a thing existed, might have been a better option as this Epoxy was too quick setting, had to work really fast so couldn’t get the proper finish, but it worked out better than I expected, those two pieces are unlikely to ever separate.

Also since you are getting a bigger oven soon, do you have any plans to make 405 as a single piece? I would love it if it could be done as a single piece with ridges reversed and at 23" length.

This is more or less the finished version of the build. Everything seems to work perfectly now. You can actually safely drain down to 3.0v or lower with lithium-ion. I would say to set it to 3.0v, this will prolong battery life while still getting lots of range