Introducing my “Board of Theseus” aka the eHoosted board. First allow me to explain the names. The ship of Theseus is a metaphysical thought experiment that asks: does an object that has had all of its components replaced remain fundamentally the same object? Ever since I received my Meepo 1.0 in October 2017, no original part remains. So what is this board? To me is will forever be my first board, a Meepo. eHoosted is a conjunction of “hub” and “eBoosted” which are the gorgeous enclosures used. These two aspects, I believe are the defining features of my build. 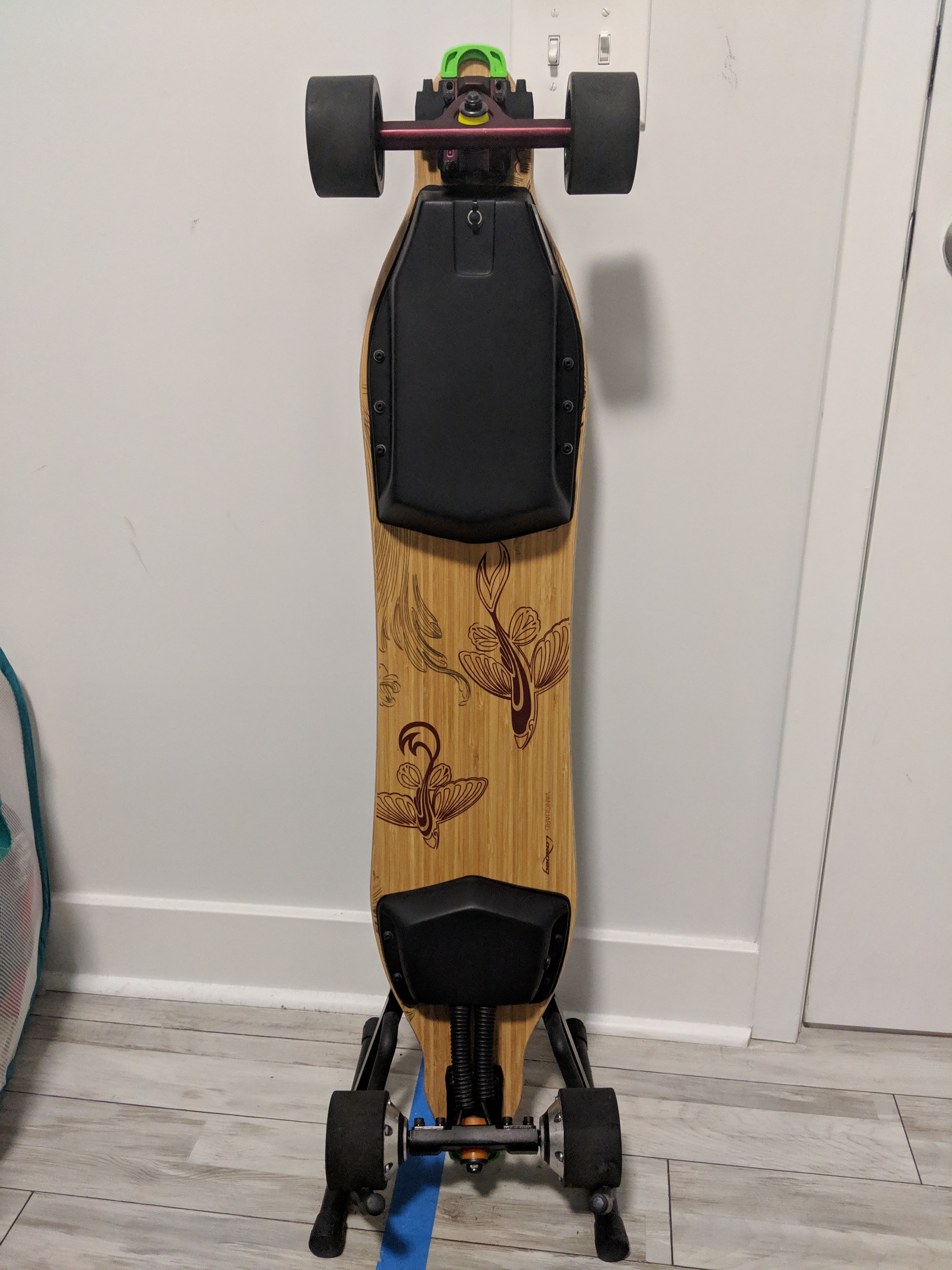 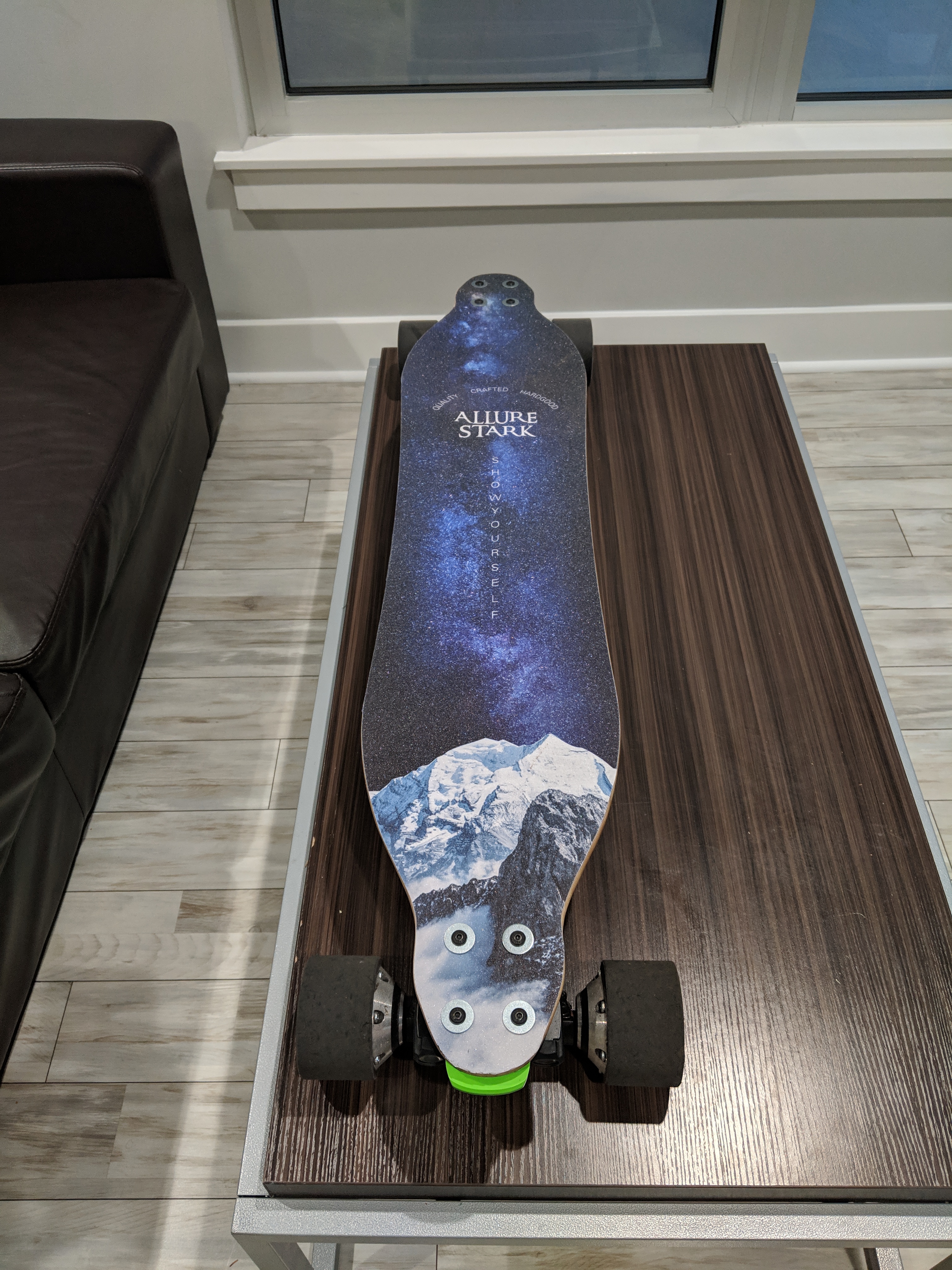 Back in 2017, I was hooked not on just riding but understanding, maintaining, and improving this original inception of a budget board. I was fortunate enough to be introduced to eboarding with a side by side of boosted v1 and v2 by a good friend. However, I knew that the Meepo would not be of the same caliber (in quality or comfort) as those boards. So I began my journey of tinkering, testing, and modifying to satiate my thirst for DIY’ing and performance. It has been a blast.

So now I’ve ended up with the eHoosted which doesn’t ride at all like the 1.0. I sought out the following improvements:

Some of these were really easy, like swapping bushings, bearings, trucks, hangars and purchasing new remotes, ESC’s, and hubs. Others were more challenging such as crafting my own 10s4p battery enclosure for a parallel conversion, deck swapping, and eventually building my own battery. Simply put the eHoosted is the culmination of all these improvements and more to come. (hopefully a FocBox Unity and TB DD)

There have been a lot of intermediate versions between the 1.0 and the eHoosted which means a lot of time, effort, and money has gone into this project but in my opinion the knowledge and experience gained has been worth it. Thank you Kieran, for your inspiration to pursue a hobby and gain PEV expertise and thank you friend for letting me cruise around with you on your V1 BB. I will never forget that feeling and stupid grin. I’ll never stop feeling like Marty McFly on a hoverboard. Welcome to the future and ride safe 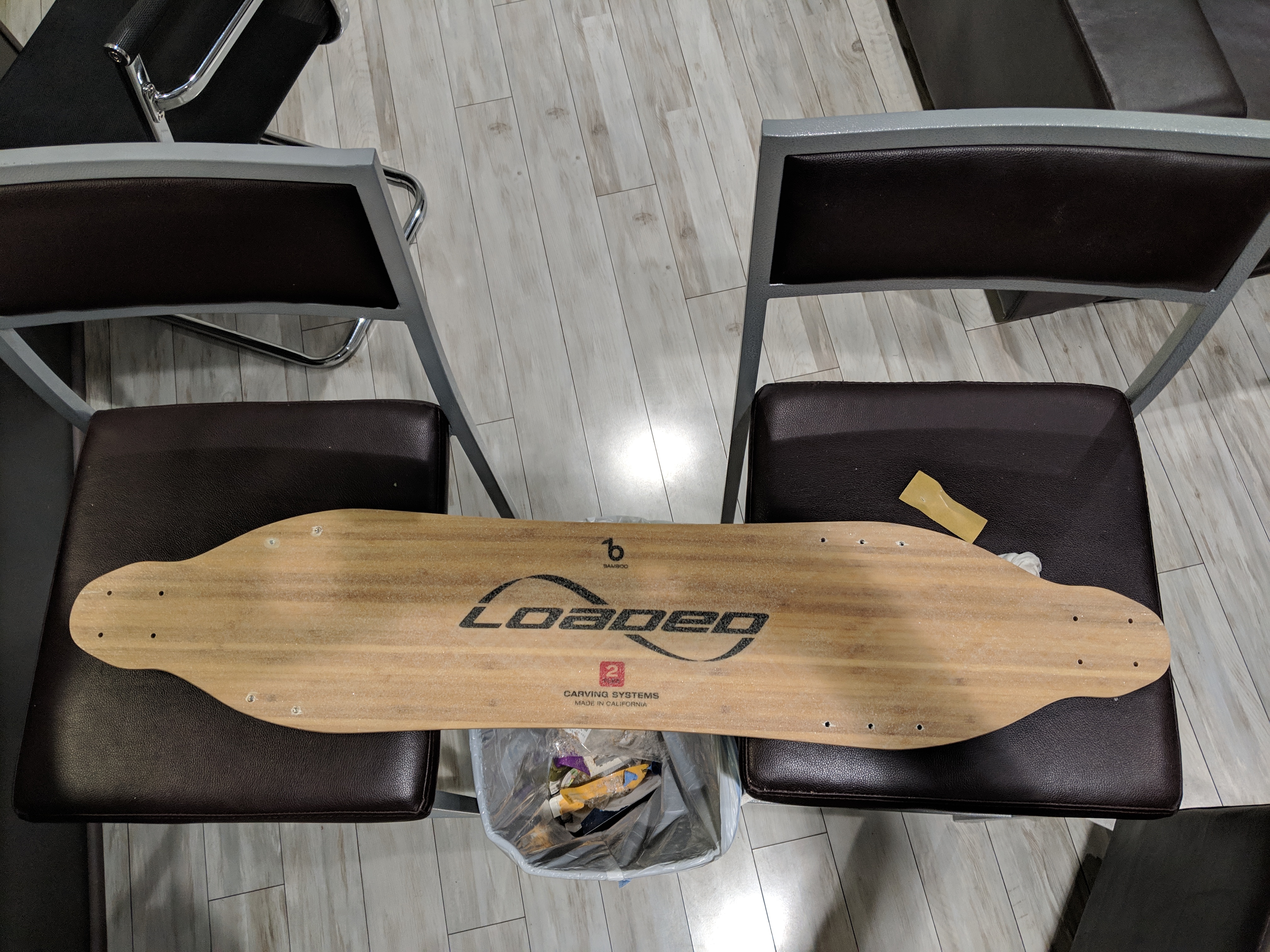 inserts inserted (albeit a little incorrectly). 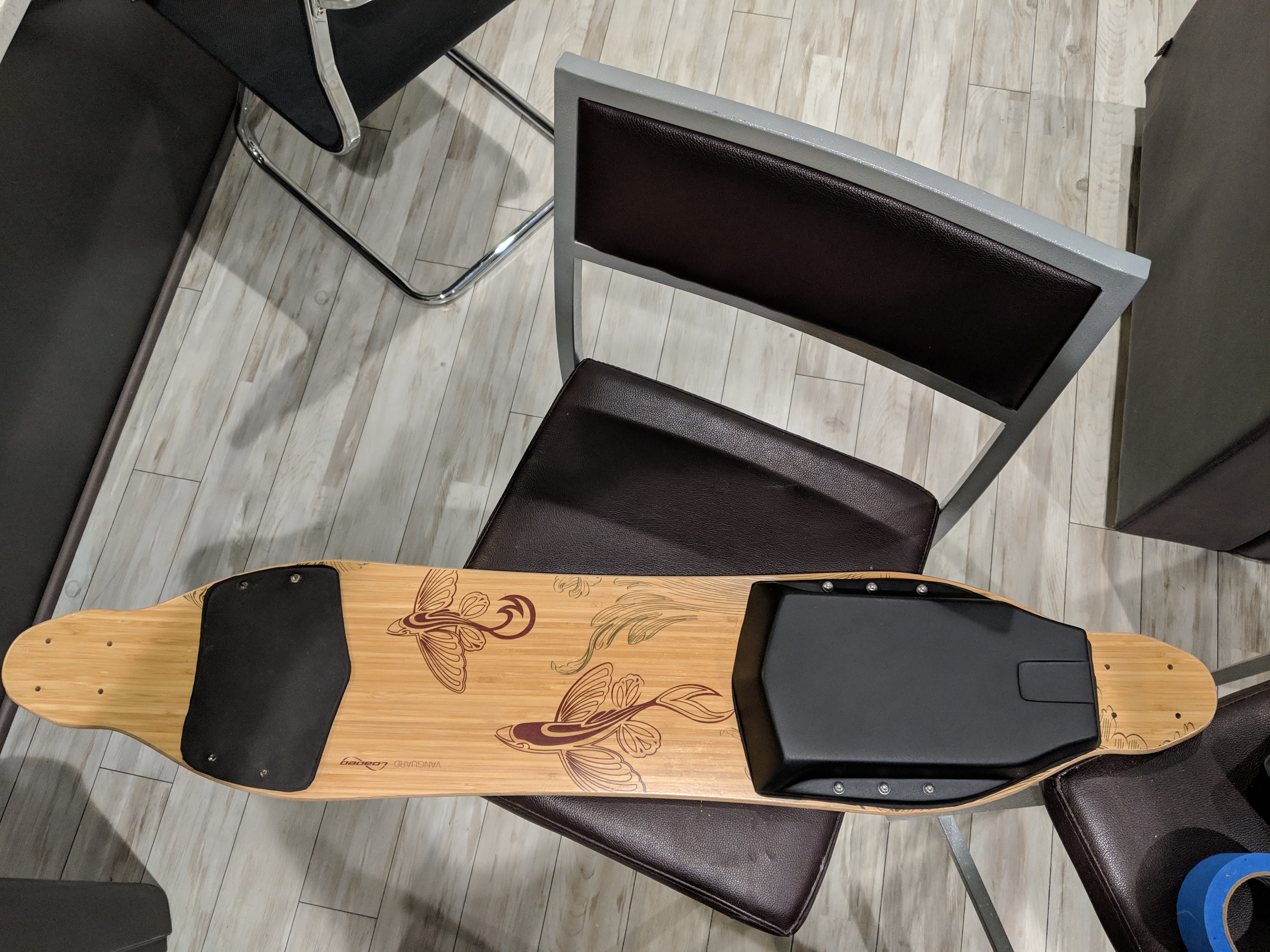 These enclosures are magnificent! 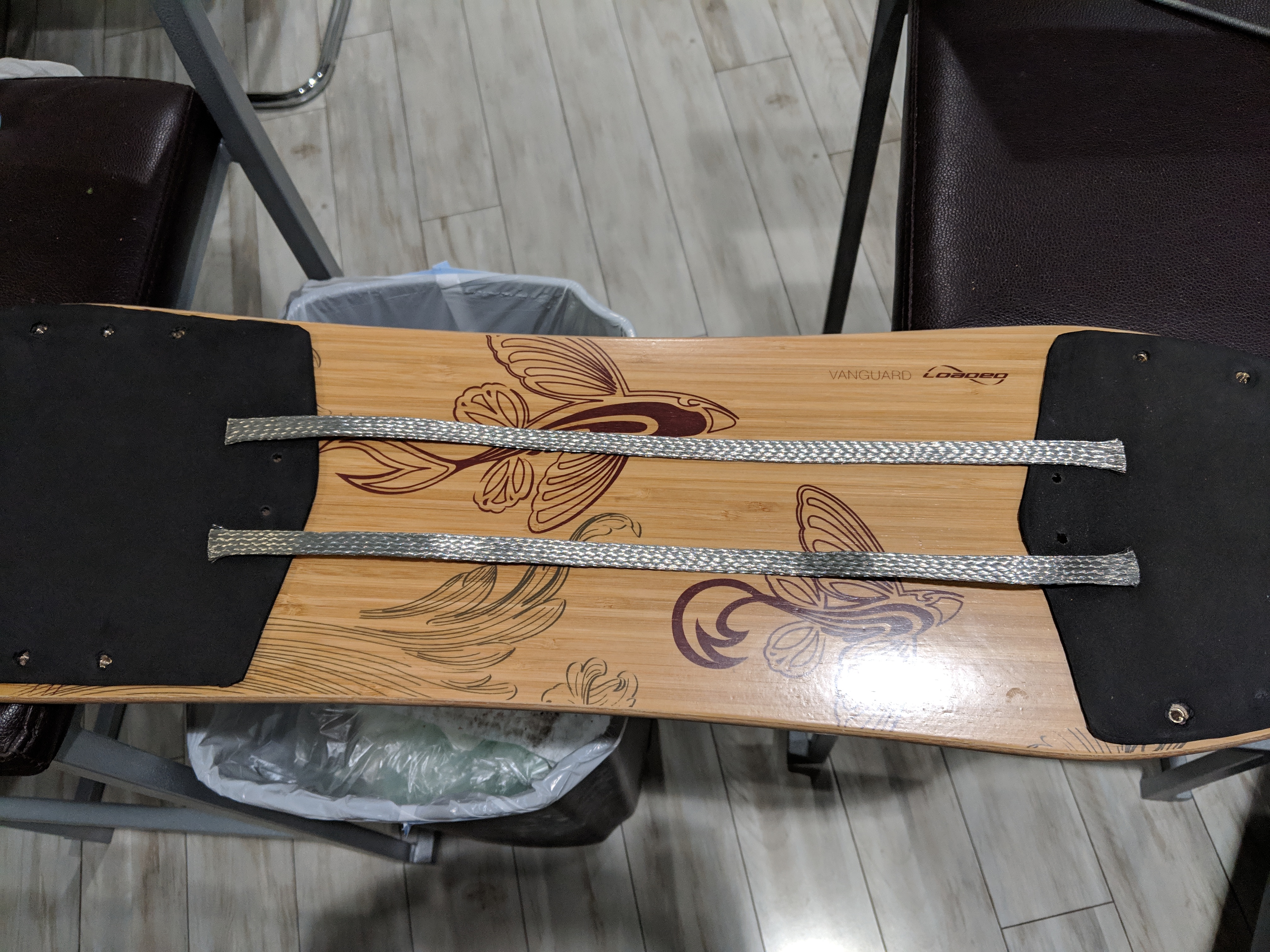 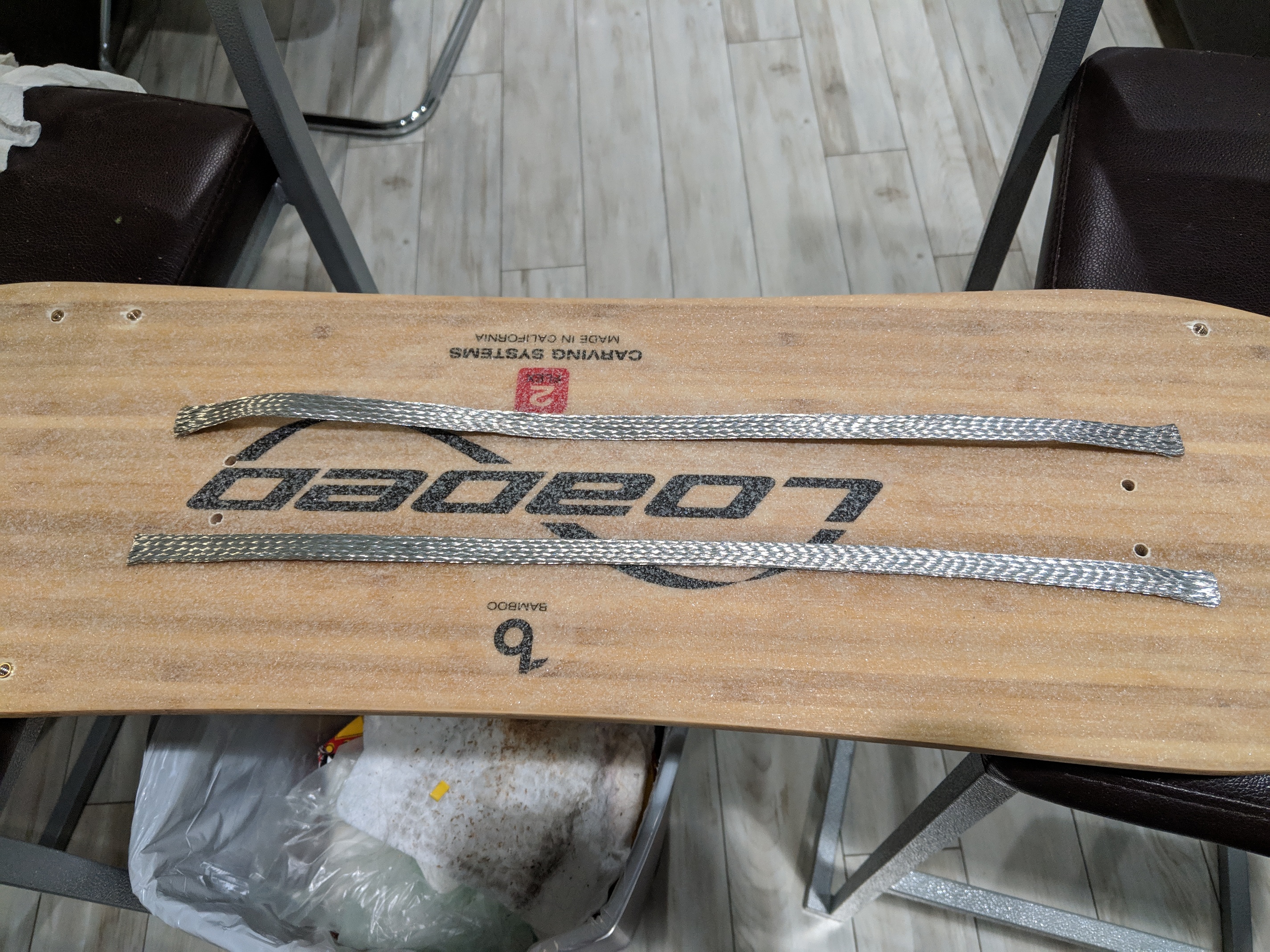 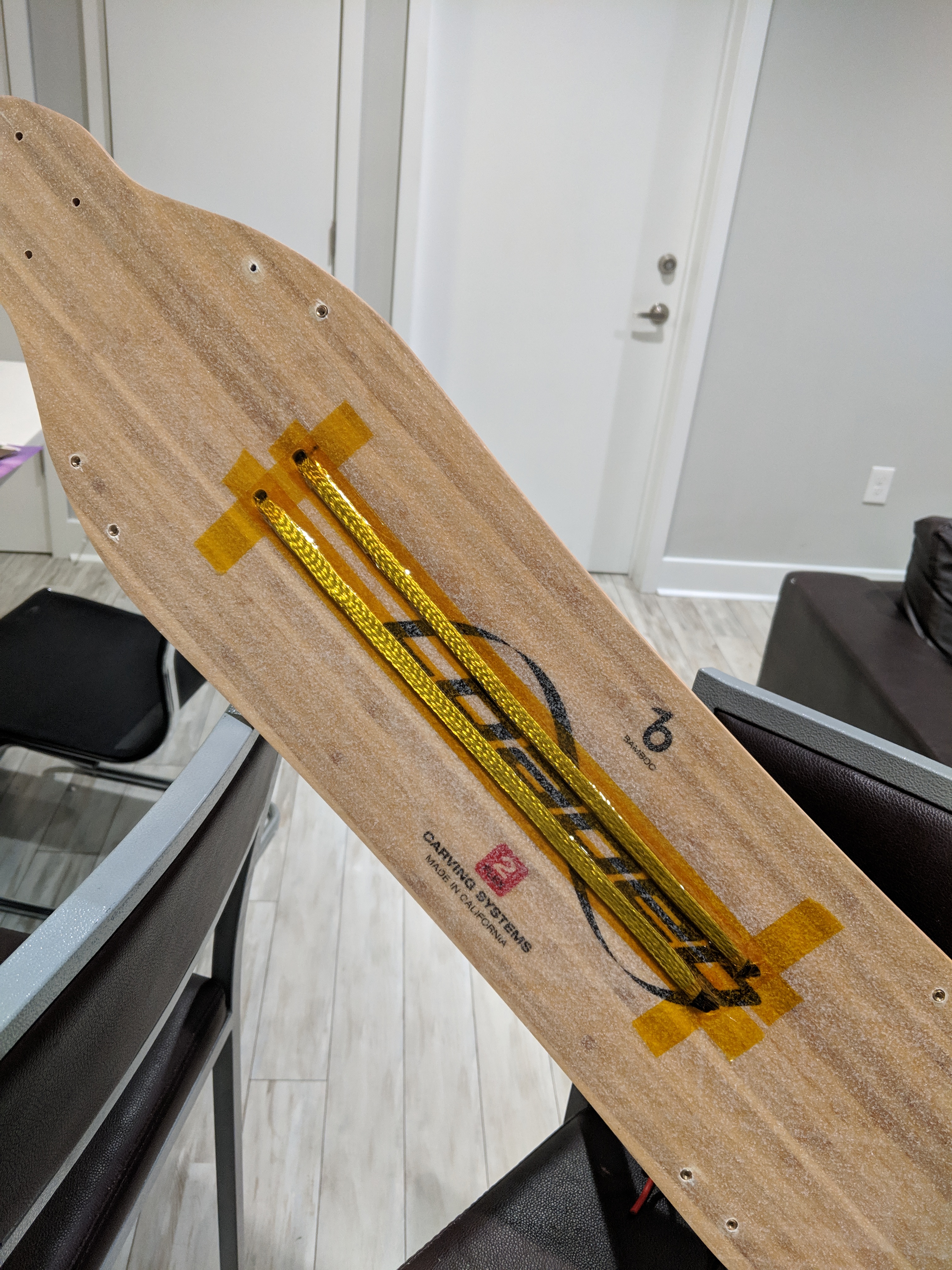 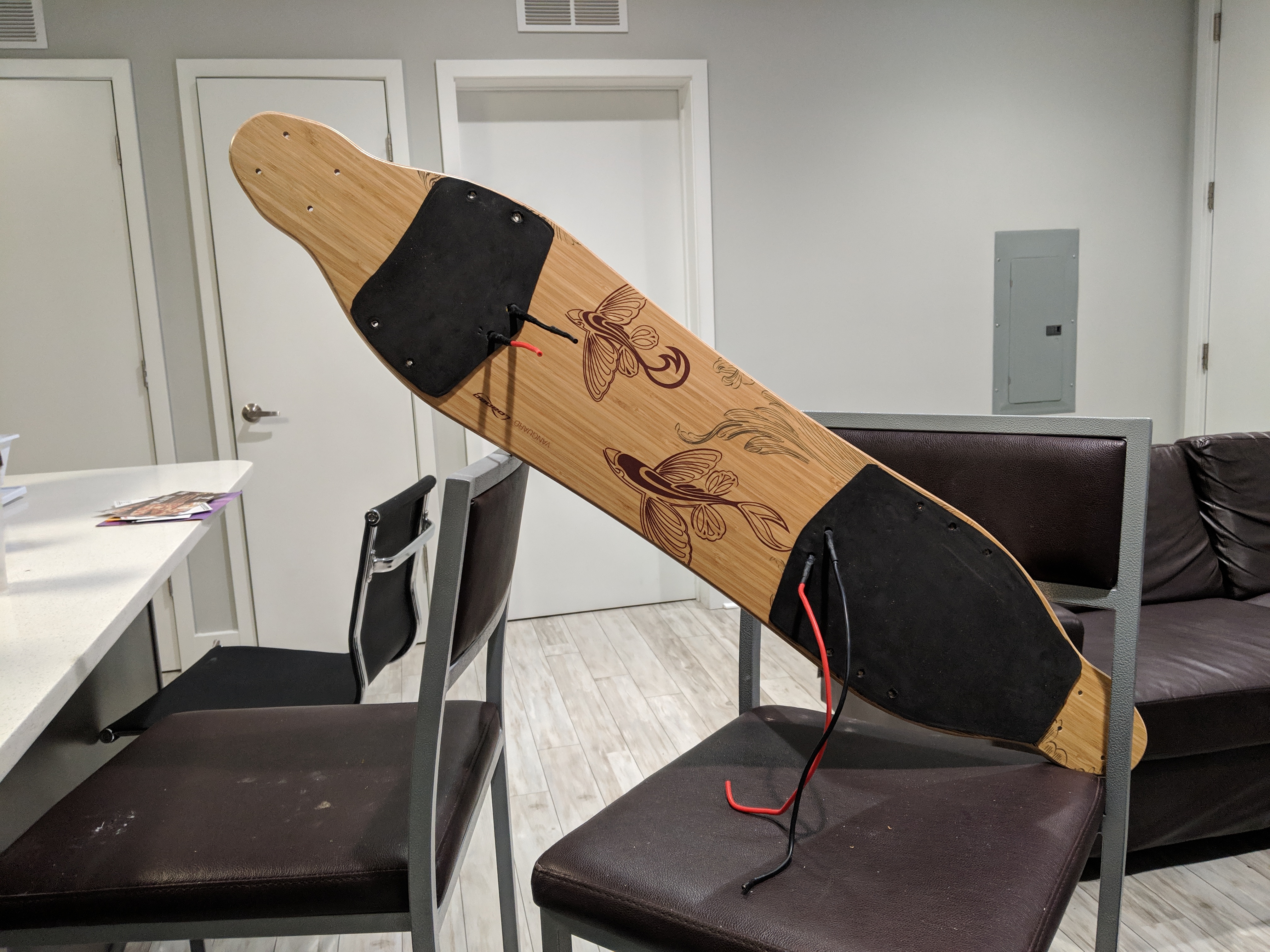 This was one of the prouder moments of the build. 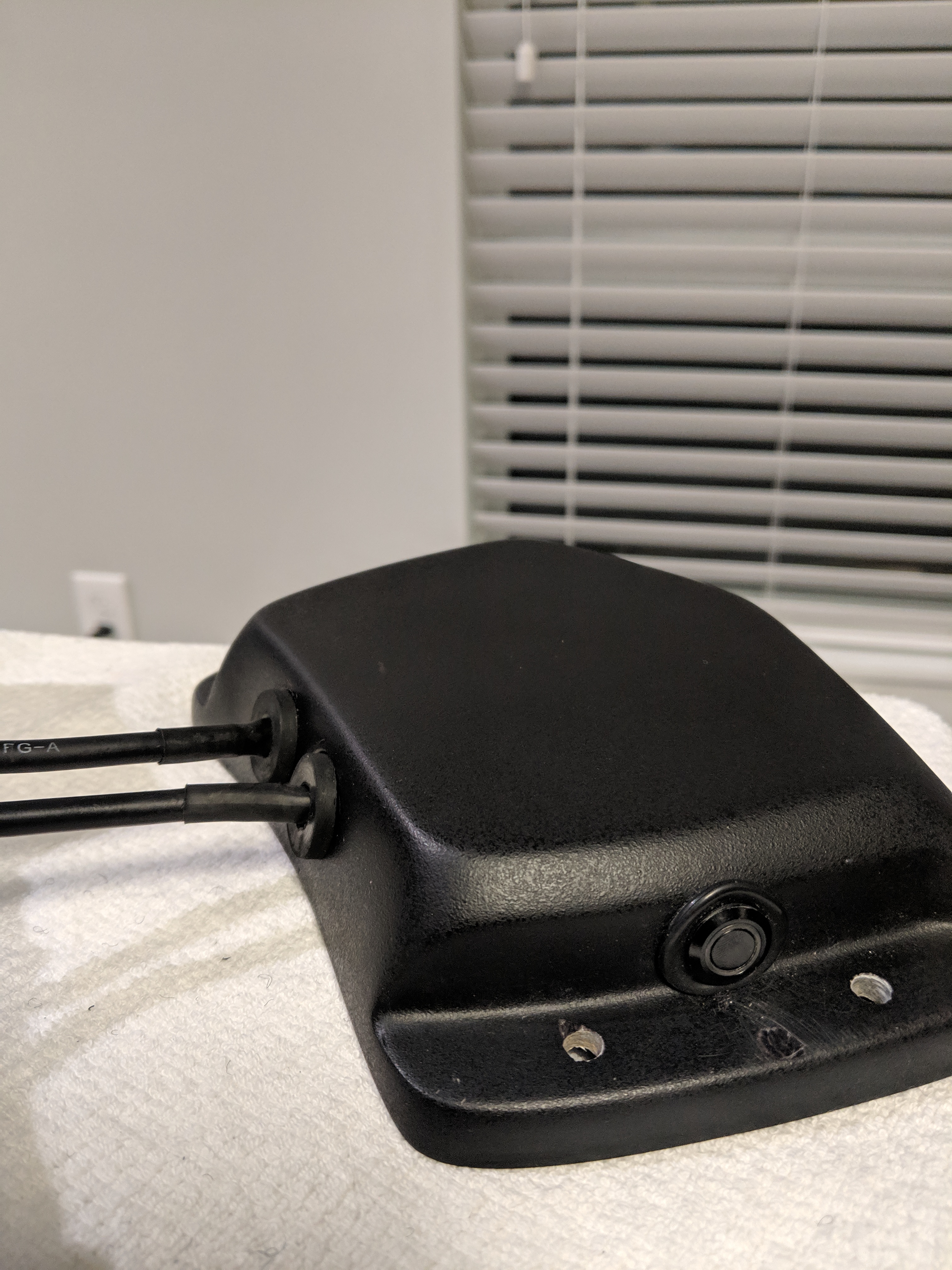 Rubber grommets and a small drilling error. I over widened the power button hole and had to use a grommet but hey more waterproofing! 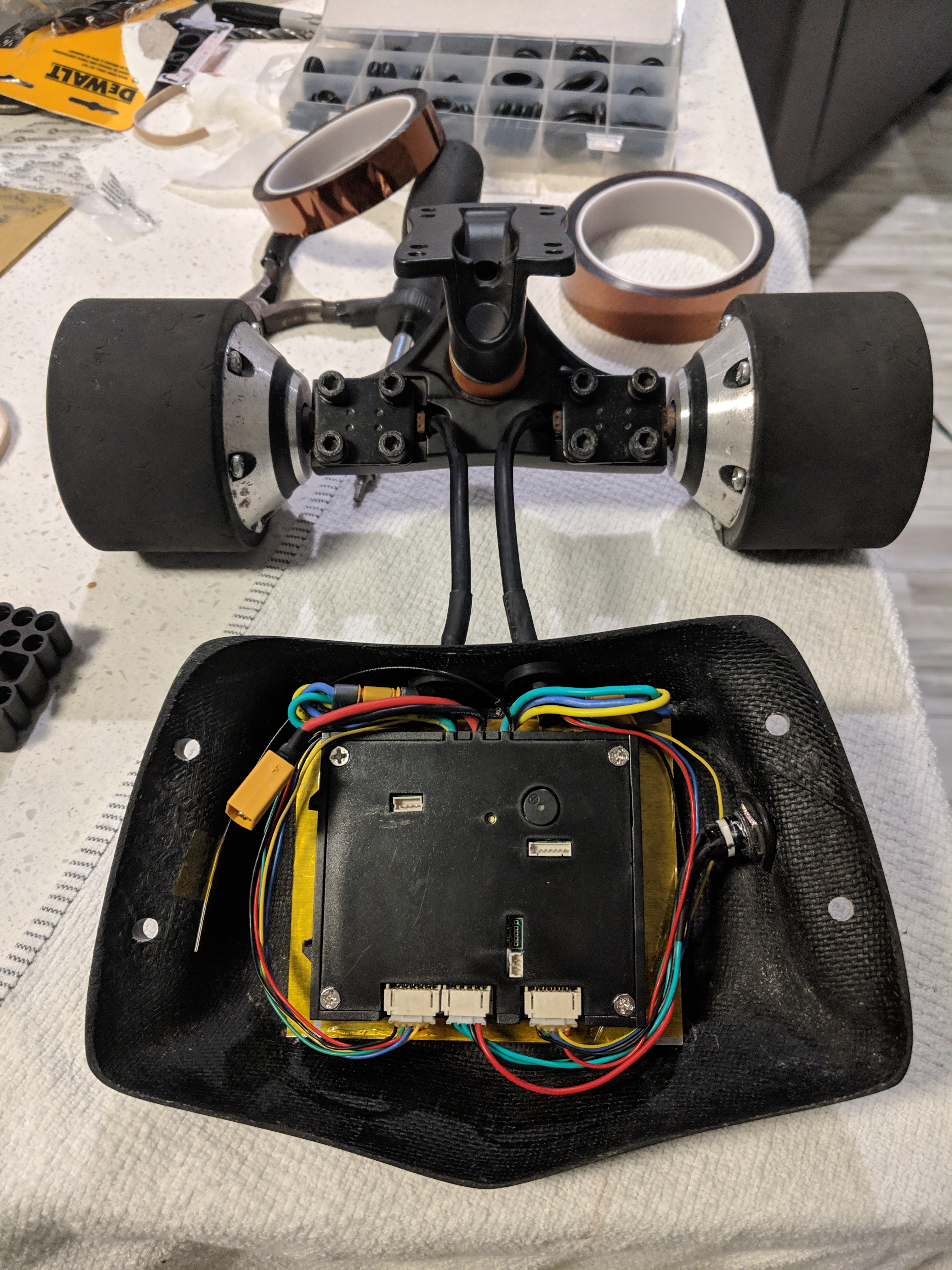 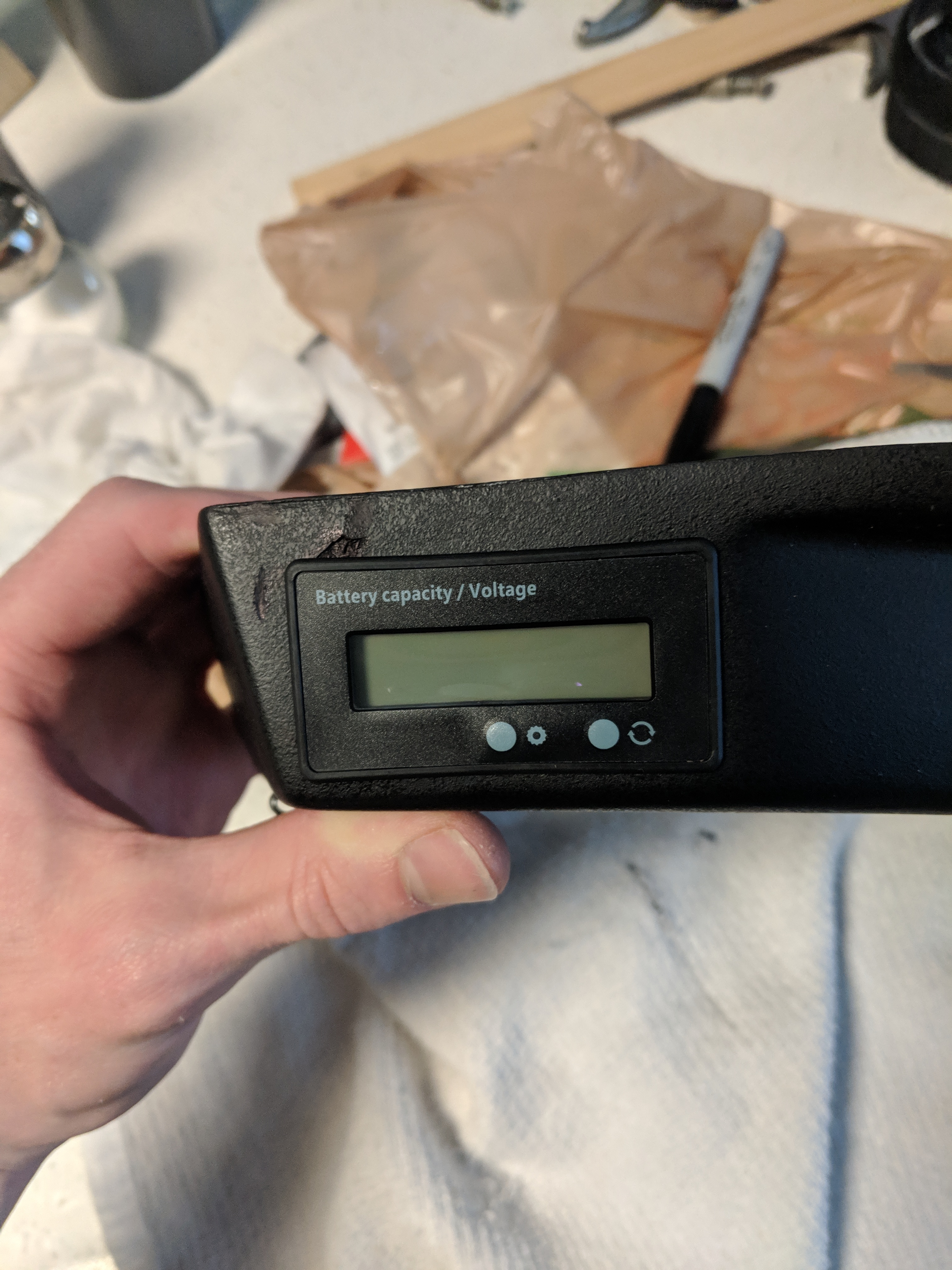 Installed the battery meter. Made a mistake with the drill but some sharpie did the trick! 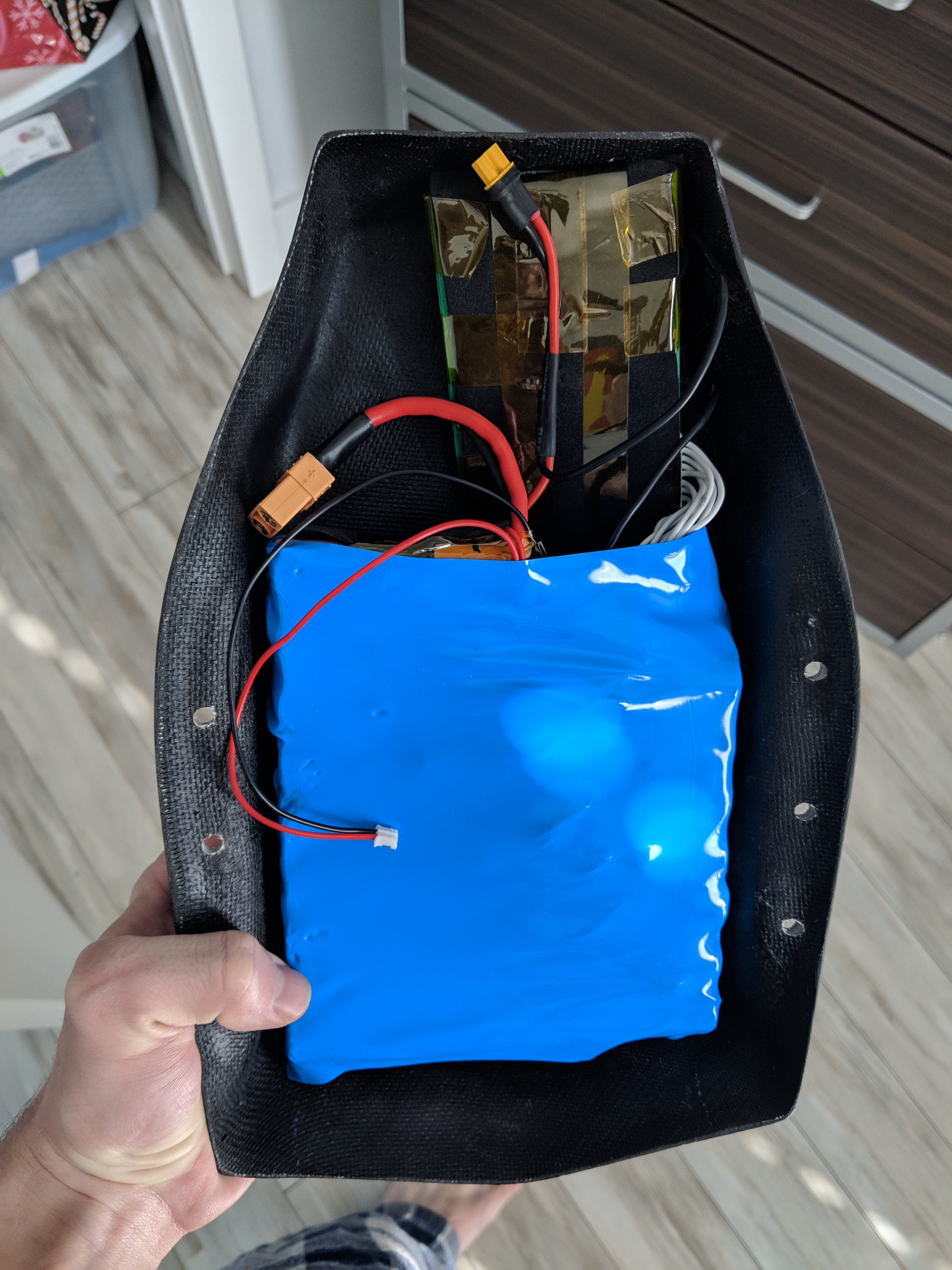 Had to move my BMS out of the pack to make it fit. I ordered way too big of a BMS (especially for discharge bypass…) but I made it work. 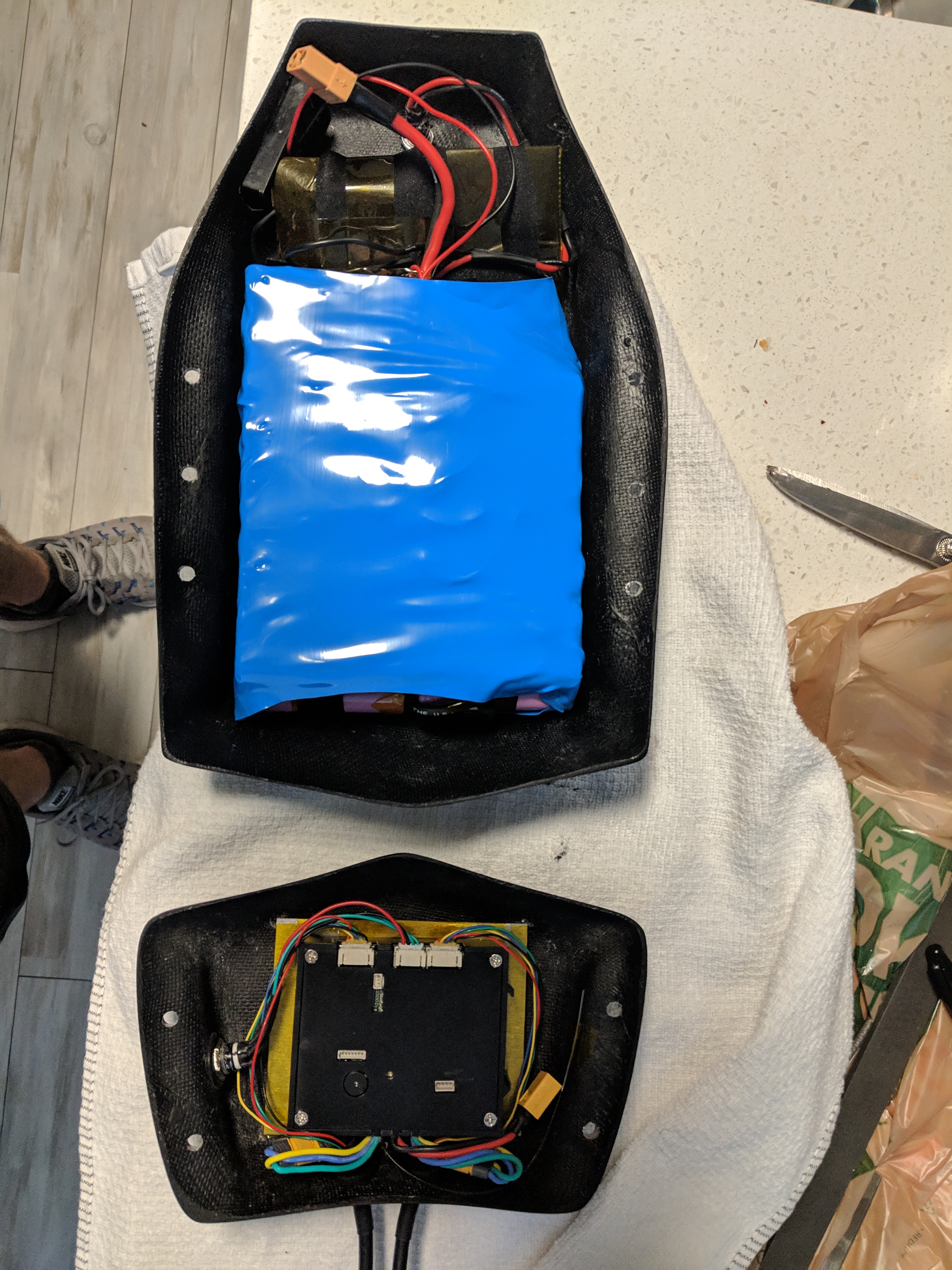 All tucked in nicely! As you can see the v2 ESC was still intact here. 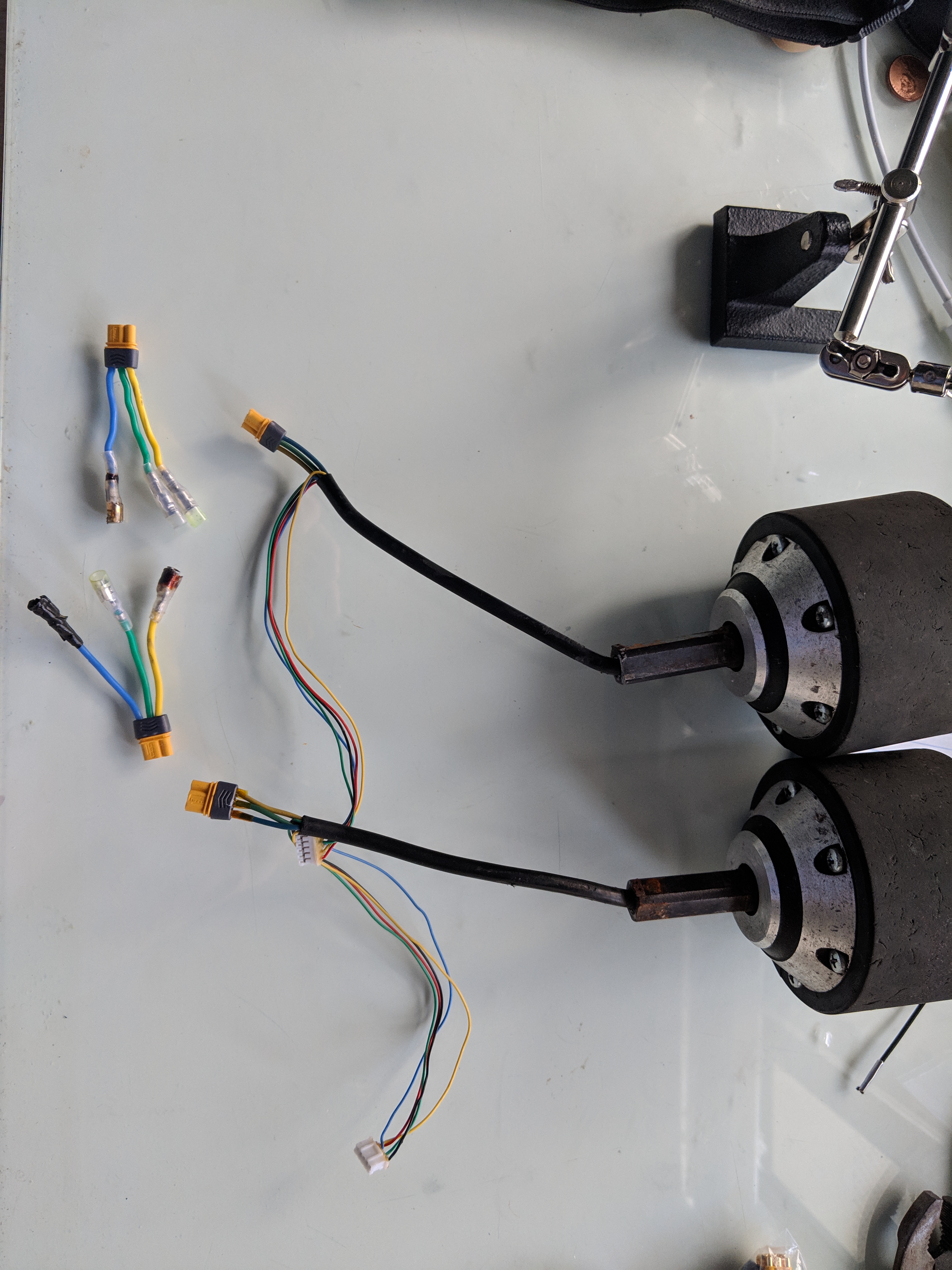 Modifying the Meepo hubs with mr-30 connectors and (over) shortening the phase wires. 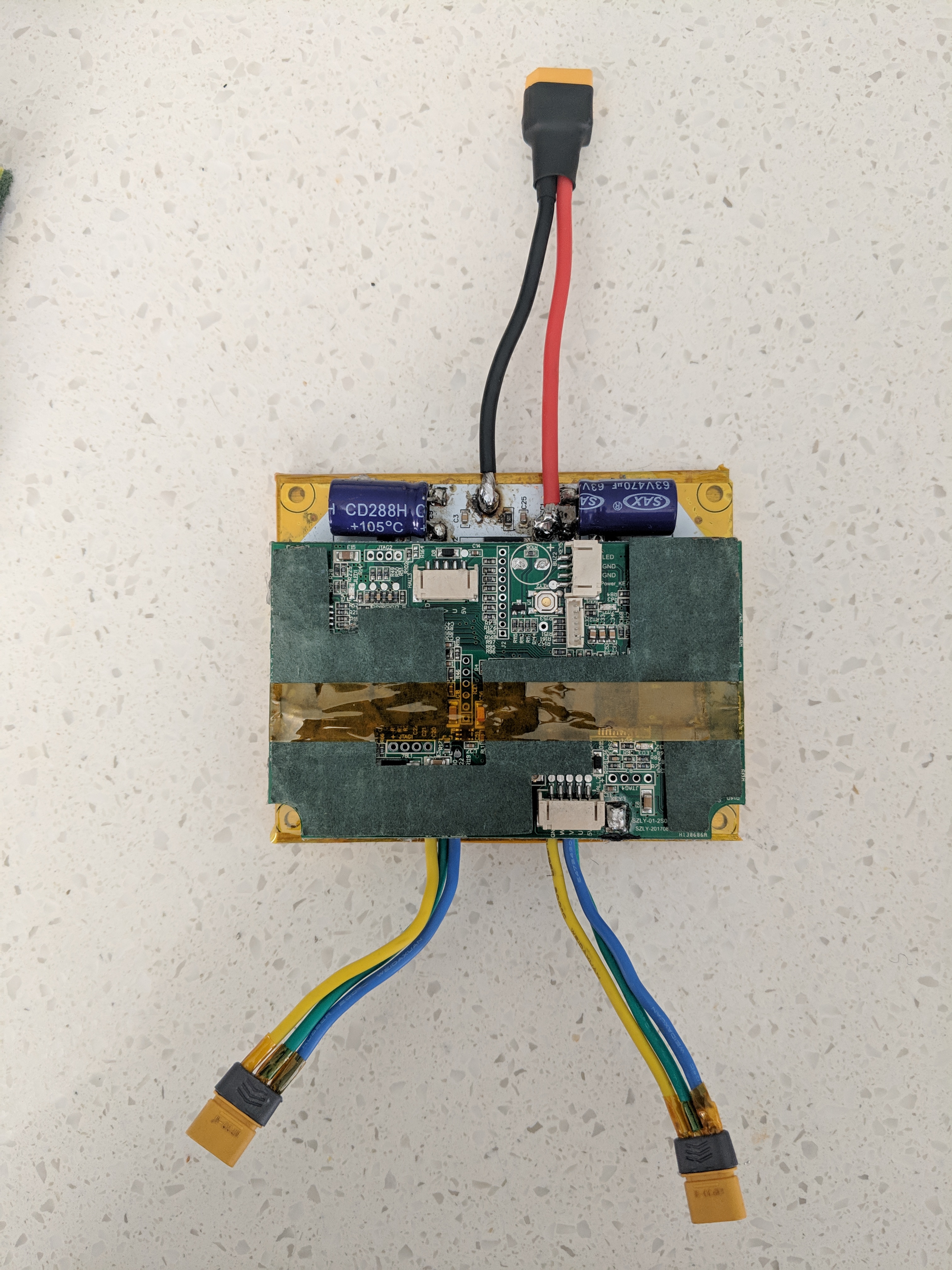 So I made a dumb mistake and blew up my V2 ESC so I went in the closet to find my V1 and do some modifications. Interestingly enough, the V1 esc has 2 63V rated capacitors and the V2 has 4 smaller 50V rated ones. So for the time being I am limited to ~22mph

and some even more finicky acceleration. This esc is from October 2017! I have a new one coming as I am waiting on the Focbox unity to be in stock rather than pre-order and for enertion to release their new remote. I could have waited till February for a Unity but I have had good experience with the V2 meepo esc… plus I like the remote so what can I say… I like the company. I know it’s inferior.

Pretending I didn’t blow up my v2 esc…

Top Speed: 26mph Range: ~ 14 miles (Max throttle, flat, ≤ 10mph wind, 150lbs) Comfort: The vanguard flex 2 is wayyy nicer than the meepo v2 deck although the NLS seems to have narrowed that gap. The authentic caliber II’s and rear shredder truck are notable improvements from the V1 hardware. The bottle neck is still the hubs but I love how they are silent!

Future upgrades (likely in order): The new meepo 100mm “beast motors” should be coming out on their site soon which should allow me to hit 30mph. A VESC (preferably a Unity). A Direct Drive (leaning towards TB’s although Carvon’s were what got me interested in it). I think I’ll stay at 11s for a while as the pack is quite new.

Thank you all for reading and for your knowledge and advice! If you have any questions please don’t hesitate to ask, I will try my best to answer them.

What battery pack did you use?

If you wanna stay stealthy lookin, id go for raptor hubs. yeah its a harder ride but it looks like normal wheels ya no. If you don’t care go for tb’s direct drive with their new 110mm wheels you’ll definitely hit the 30mph mark

cool build man. Changed the title for you. Was a minor spelling error.

I have a focpo. Its basically a meepo with focboxes in case you couldn’t work that out for yourself. Definitely upgrade the esc as soon as you can. It makes the thing a completely different animal.
Torquey little devils those hubs once you dump the bottle neck esc. Good luck with the progression.

Once that focbox unity gets a little more mature and hopefully some more remote options come out I am all over it. Or I could settle with a Flipsky 4.20 Plus once some more reviews trickle in.

Thanks for the spelling check and taking a look at the board!

I’m really leaning towards a DD for added comfort and so I can experiment with some awesome wheels. I was ecstatic when I saw Enertion finally released their hub kit.

Nice I really like this! Did you actually tested that you get a higher topspeed with the 11S battery?

I have seen a video that he connected a 12S battery and the esc only worked when the voltage was below 50V so 11S should be fine!

Never seen somebody else testing this so that cool!

According to the Esk8 Calculator 10s is 25mph and 11s is 27.5mph. I have recorded 27mph. These are 8 month old Meepo 1.5 motors so I am impressed given that the magnets tend to thermally degrade on these smaller, cheap hub motors.

I do want to get some 100mm Meepo NLS motors which are more powerful than these motors and the calc says I should be able to hit 30mph.

The main advantage of 11s over the 10s is less sag since the starting voltage is higher. It has been worth it so far and ESC was doing fine till I blew it up thanks to a soldering a connector on backwards… rookie mistake

Thats awesome, when you got the 12S battery have you ridden it more (so on a lower battery voltage) that the brakes came back? If the 11S battery works fine I’m going to do a new build also with the ownboard esc and hubs and I would also like to make a 11S pack

Just a little more speed would be perfect.

At the moment I got a 10S4P 30Q pack with the ownboard esc and hubs and it works just so good without any issues. Max speed for me is 25mph so that’s the same. 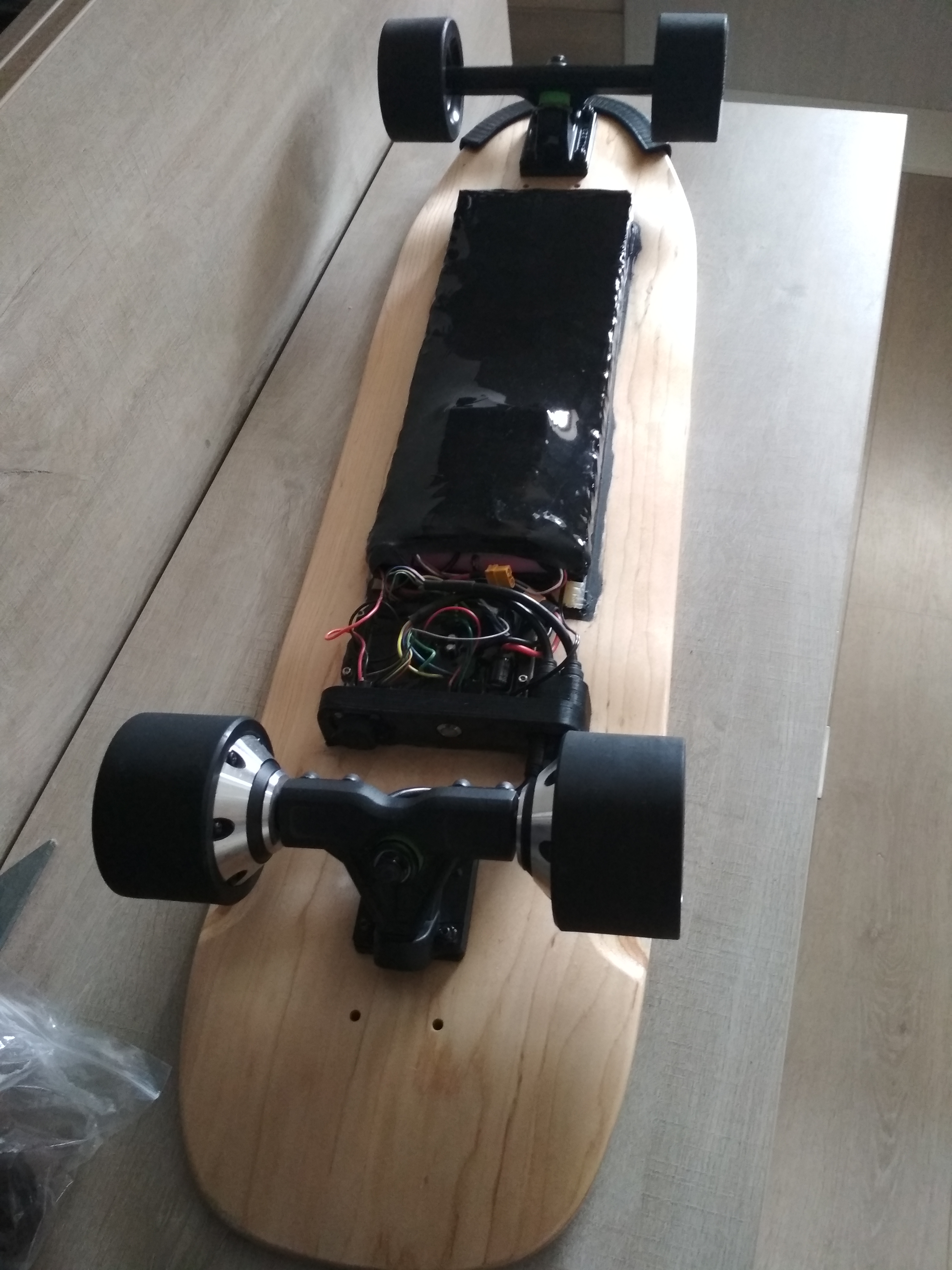 I have checked the voltages with the bluetooth bms app and I saw that the esc will lower the amps when the battery voltage goes below 32V so that’s very healthy for the batteries because it won’t go below that 3,2V / cell which is great.

So just keep in mind that the cutoff is much lower. I should use a good bms to protect every cell to not go below 2.8V.

Thats awesome, when you got the 12S battery have you ridden it more (so on a lower battery voltage) that the brakes came back?

Yeah once the voltage dropped below 47 I started getting some weak braking back. At 46 it returned to normal but between 47 and 46 it would randomly engage full braking power as I slowed down. With 11s the full charge, no brakes period is longer but that’s normal especially with higher capacity battery packs.

I haven’t tested the hobbywing esc with other voltages but the capacitors are rated for 50V (I think) so you should be good. Depends on the programmed HVC.

I have my BMS discharge bypassed with a voltage meter and a cycle satiator charger. No issues for the past couple months. Just have to be a little more vigilant with these esc’s.

When I’m going to build my new board I will test it first with my power supply and put 46V on the esc, just to see if there any speed difference. I’m so excited to try this on 11S

I saw 2 video’s who tried a 12S battery: The first one says the topspeed didn’t increase a lot so I tought maybe that esc reduces the speed to 40kmh. 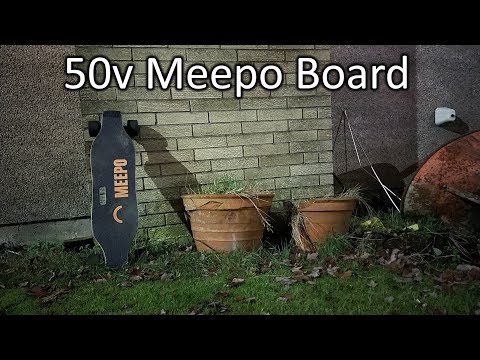 And the second video seems to give better results 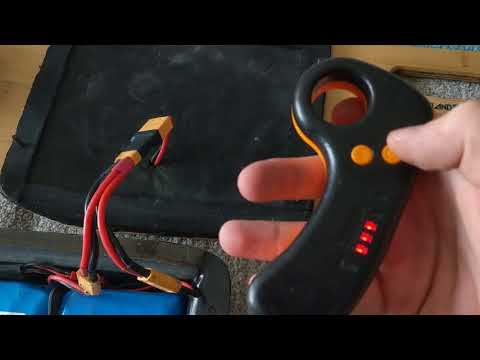 Lol that second video is me. In the first video they have a V1 esc. I was showing v2. I was inspired by that first video to test the differences between versions.

I got a new v2 esc installed, working great. Got thrown off the board so I’m currently sitting in bed recovering. Board was 2 feet from going into a lake but no damage so I consider myself lucky. A spine protector might be a worthy investment… on an unrelated note I pulled the trigger on a FOCBOX Unity.

Damn dude that’s not good, why did you fall? You were riding with a focbox unity or were you running the v2 esc on 11S?

Unity won’t come in till

. So v2 @11S. Simply put I rode outside of my skill level since I had not ridden in a month and basically overhauled the ride characteristics from the deck swap. Might have hit a rock I’m not sure I remember the events correctly from the adrenaline rush. Had to continue the ride 5 more miles (at a much slower speed)! Always. Wear. A. Helmet.

It was a lovely 62˚F and went for a cruise

Appreciate the concern, feeling much better. I’m fortunate enough to ride off these kind of falls but I ordered a spine/back protector because this is the second rough fall where I streeted my back. 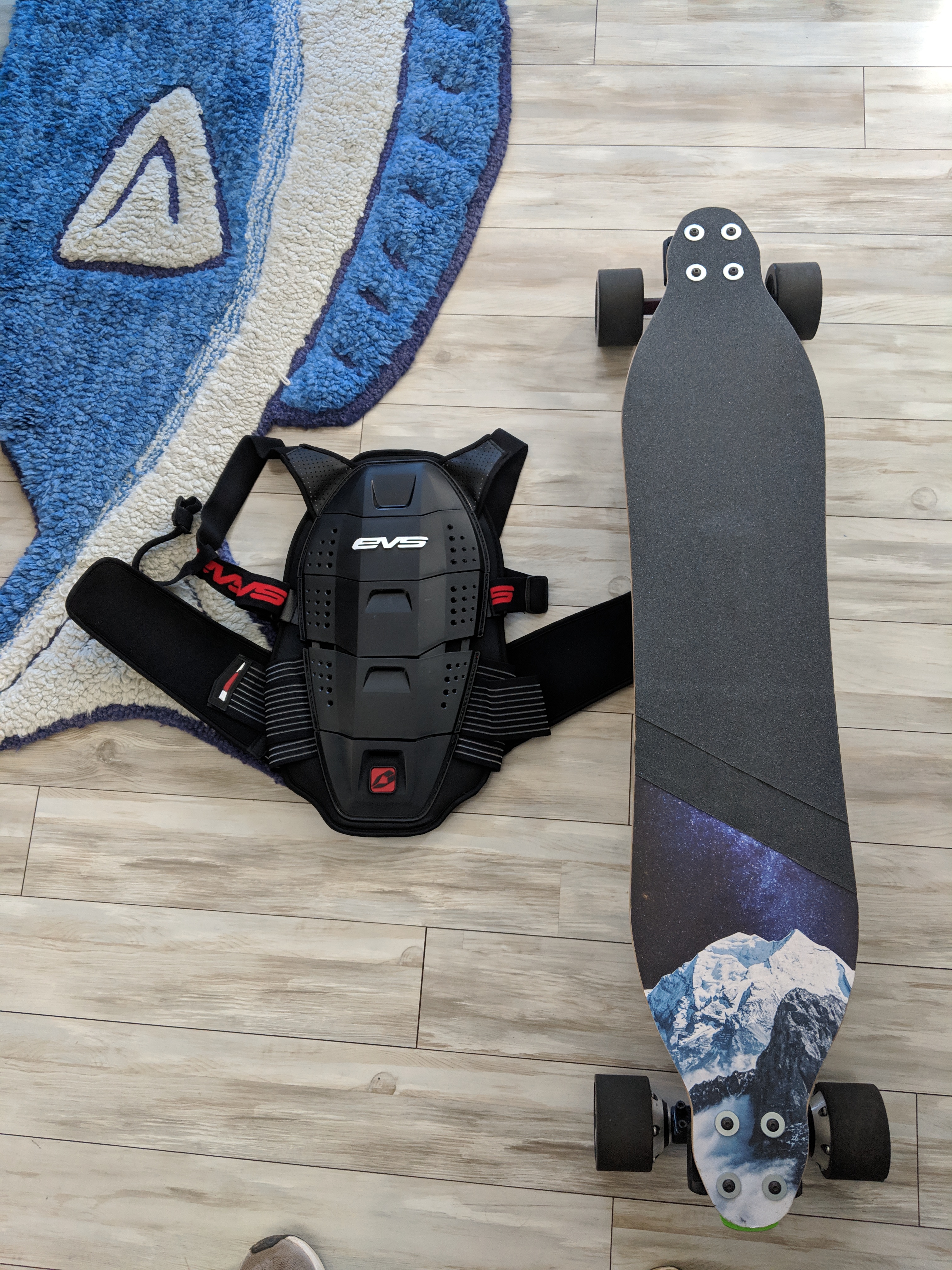 Back protector came in and ended up regriping the damaged portion. Had to do some wonky layering but I’m liking it. Unity should ship after February? so I guess it will be more of an advanced birthday gift and just purchased a mini remote from @Bobby

Had a parallel group go bad and the battery meter shorted out coincidentally. The new meter came with a plastic backing which should prevent a short from happening again. Took the extra time to replace the BMS with a smaller one as well as clean up the wiring. Really liking how it turned out and made sure to use extra insulating foam this time around. BMS model is a Bestech D127. Cheers fellas hopefully the next update is about the FOCbox Unity conversion and not a broken piece of board or body.

EDIT: Well it turns out the BMS was faulty so I found out you can wire a D140 12s as an 11s and to be honest I much happier with this because I know the D140 is a reliable charge only BMS. 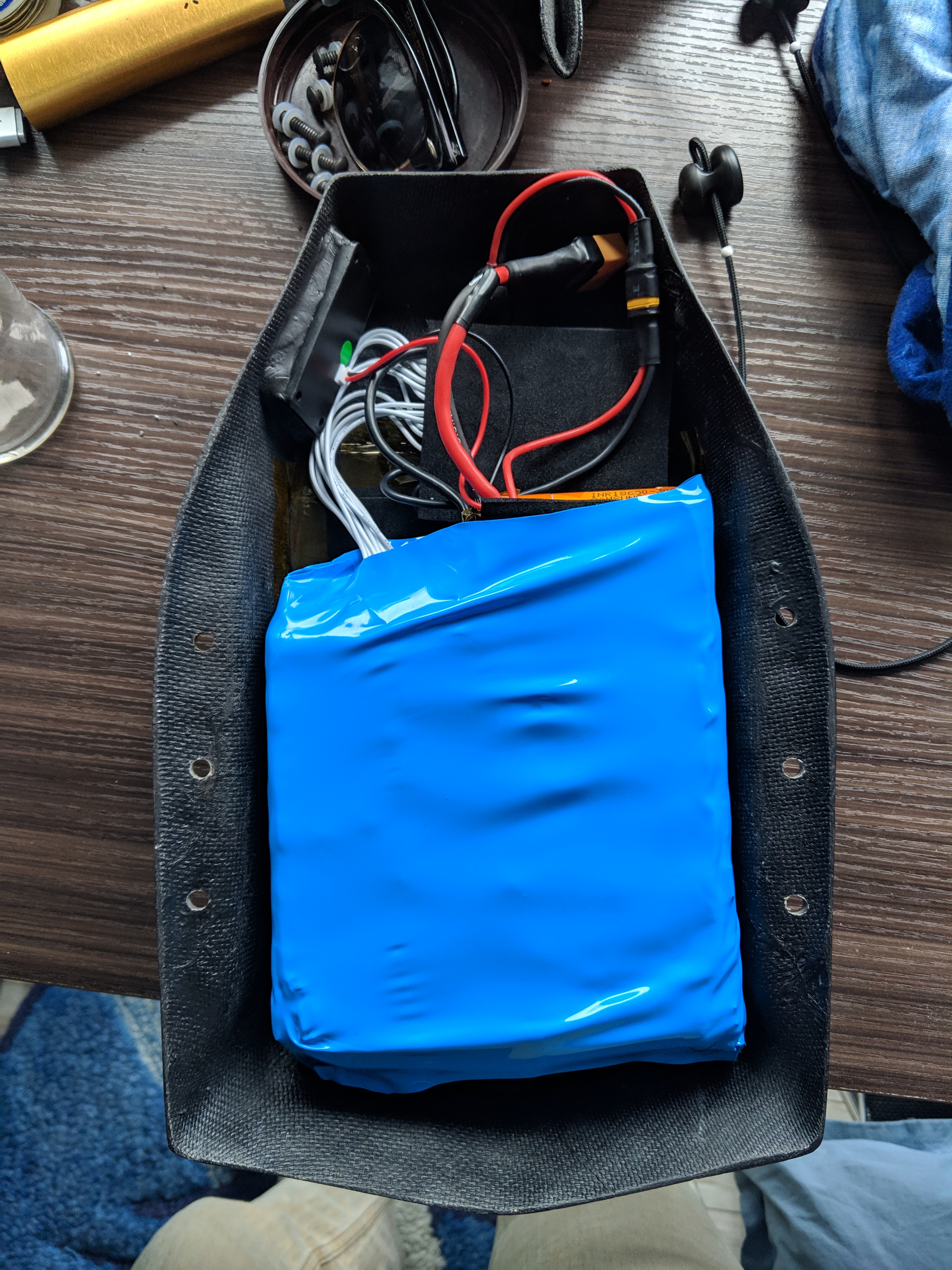