I’m eagerly awaiting all of my parts arrivals and starting to think a little bit about enclosures for the ESC and the batteries. I’m shooting to have them separated to both sides for weight distribution like the Boosted.

I’d like to have it look as clean as possible. Any suggestions on where to look for that sort of thing? I went with a VESC and a pair of 8s lipo’s (Compact 4000mAh) so I’m thinking that two smaller enclosures on each end of the board should be good.

After hunting around for a while and trying a couple of different metal box configurations, I decided to make my own out of Bondo fiberglass. I’m going to post that whole experience here soon, but here’s how it turned out: Not terrible, but a little on the wavey/lumpy side. Also i totally wouldn’t blame you if you were like “uh, no.” because Bondo fiberglassing resin is horrible to work with. It just happens to be readily available at Lowes and its a third of the price of something real, like West System 105. I’m not going to waste words lamenting its horrors here, as I have a build thread planned out in which the true terror of Bondo will be revealed. I will post it as soon as my rig is reassembled and ready for pics.

Also, Vacuum molding of ABS plastic sheets is a very good option for the DIYer. I’m going to try that next. ABS sheets can be had cut to measurements from TAP plastics for about $10 per sheet. A vacuum table can be built from leftover 2x4s and some pegboard, then plug your shop vac into a hole in the side. Use an old metal screen to make a metal frame for your ABS sheet then heat in the oven till it starts to droop, pop it on the form, flip on the vacuum and “flump” you have a box.

All that aside, I just did a precursory search and found that Alien is completely out of their carbon fiber boxes, in fact they seem to be out of all of their boxes. They used to have a pretty wide selection. I just can’t recommend metal boxes after the experiences I’ve had with them, but i believe @torqueboards is designing a plastic box that should hold what you’re talking about. I’m not sure when that’s going to be out though.

I’ve seen a number of plastic “project boxes” online though and if you google those you may come up with something close enough.

But what really got me interested in making my own using the method i used was the fact that its basically the only way to have one that follows the curve of your concave. Even Alien’s were flat on the bottom and unless you use an identical deck to make your vacuum mold, even the ABS option won’t match up with your curve.

If you are fastening your vacuum formed abs to the deck it will flex to match the concave of your board so a flat mold isn’t even an issue.

I am doing mine and it s really funny !!

but of course if you don’t have much of a concave or have a deck wider than 9" and you run everything down the center line it becomes less of a problem than if you’re turning your packs sideways to fit more of them between your trucks or running a single taller pack next to your ESC and receiver when using a shorter wheelbase deck. I have a concave double kick, a bustin yoface, so it was a problem for me as its basically a 41" popsicle trick deck.

I hear you, but it isn’t happening at all on any of my builds. The fit is tight and none of my decks are flat.

Looks like that guy offers custom abs work as well. Could be perfect!

Haha! That guy is me so it was pretty easy to find.

Here’s a write up of an easy way for you to build your own. Or, if you’d like, let me know and I’ll make you an enclosure.

LOL i thought I recognized the motor mount “that guy” was selling. Sneaky!

Also that box is pretty sweet. You do good work 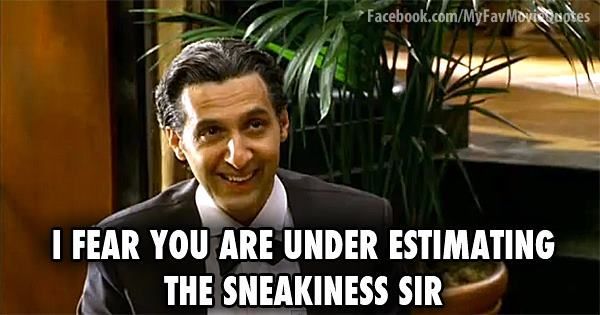 @psychotiller so what thickness of ABS sheets do you typically use? I couldn’t help but notice the way in which that box was so cleanly flexing over the concave and thought the thickness of the plastic had to play a role in that. Knowing its you making these has made you a target for my questions. lol

Newb question about these enclosures and batteries:

Do you not have to open the enclosure to plug the batteries in for charging? I thought they needed to get unplugged from their parallel harness and then plugged into a parallel board for charging.

Do you just keep the connections outside the enclosure?

Those enclosures look super nice. I’ll definitely drop you a line ( @psychotiller ) once I know my exact dimensions.

@longhairedboy I have settled on using 1/8" or 3/16" for my enclosures. The one in the pic is 1/8". It is super impact resistant and just flexible enough at 1/8" to work perfectly on concave decks.

@siggs3000 I solder leads to a series or parallel adapter depending on the set up and then run a balance lead extension out of the enclosure so that I don’t need to remove anything to charge or balance charge. (I also use a loop switch to isolate the electronics while charging)

@psychotiller good to know. I felt like 1/16 was probably too thin, so i thought I’d ask since I’m probably going to be trying this in a few weeks when nobody’s home to smell what i’m cookin’

@siggs3000 You can also rig up a special cable and jack to bundle your charge ports into one port. @onloop uses a milspec multi-pin connector to do this on his kits, but you could do something similar with a different type of connector.

@longhairedboy It barely smells at all when I do it. I just start to notice the abs smell right about the time to take it out of the oven. Maybe lower your oven temp if it smells real bad.

I know for Kydex a laser/non-contact thermometer is really helpful. What temp do you aim for getting the ABS to before forming?

@sl33py I believe it needs to be about 215-225 degrees. I use the smoker element in my oven and it doesn’t have a temp setting. I just turn it on and wait for the abs to sag. It’s been working perfectly every time since I started using that 110v element.