I’m new to esk8, so I’m aiming for more of an “assembly” than a true build. I also didn’t want to go the path of buying a cheap pre-built, upgrading it multiple times, then finally doing a build to get things right.

I want big power and range right from the start. Hence the board’s original name: HyperNoob. (Now “Black as Night”)

Alan @Eboosted is doing the 12s5p 30q battery, BMS and charge port, and fitting it all into his Zenith enclosure. (edit: To make it all fit, Alan went with 10s5p. Still has a ton of power)

I found a Unity and TB DDs (75kv) both from @AlanZhou in the classifieds here. TB DDs in 75kv are currently out of stock and shipping in 30-40+ days from now, Enertion is still catching up, and I don’t want to wait that long.

I think (hope) the hardest part of the assembly will be the threaded inserts. Hi5ber is willing to send me a piece of “scrap” carbon fiber decking so that I can practice drilling threaded inserts for the first time, into carbon fiber, instead of learning how to do it on my new deck. That feels good.

I also have very little soldering experience, but I’ll practice that a bit while I wait for parts to arrive. I should only need to solder the flipsky battery monitor wire. I will glue the battery connector to the VX1 pcb, and protect it with some heatshrink and foam.

This forum has been a wealth of information, and I feel pretty confident in being able to do this build thanks to all the reading I’ve done here. I’ve read about the 3.5mm to 5mm connector differences on the Unity vs the TB DD, so I’ll be buying the plugs to make up some short adapters.

Please send me any pro-tips or relevant threads that could help me put this board together. I still know so little…

should only need to solder the flipsky battery monitor wire.

I don’t even think you have to do that if you don’t need or want battery readout on the remote.

True, but I want to use the battery indicator on the remote. Soldering doesn’t seem hard, just unfamiliar…

You’ve just started the most statisfiying/addicting hobby ever, once you try it it sticks forever with you.

That’s really cool. Smart move reaching out to them and asking for somthing like that.

That was probably the most stressful part of my first build lol. Good luck dude

@skunk – Thank you for that thread! I just bought some of the EZ Lok inserts and the installation tool, along with some m4 bolts and anodized washers, so hopefully I’ll be G2G after some practice installing them in the scrap carbon fiber.

For sure man Good luck.

(I don’t want to go FAST, but Hawaii is all hills…)

The deck is way too thin for threaded inserts. Alan gave me some through-deck inserts, though. Thank you for that @Eboosted !!

Mounting the enclosure was hard work. I did an adequate job. Alignment issues meant I had to hog out the holes in My enclosure. Those blemishes will be covered by o-rings and washers.

Electronics all check out. I need to cut the wires for the charge port, solder in some bullet plugs and install the port, then re-do the xt-90 connector I soldered onto my Unity.

Why? Because I soldered the Flipsky battery wire onto my negative wire instead of the positive. Oops. Still, that’s been my worst mistake so far, so I’m doing ok. Learning to solder has been cool. 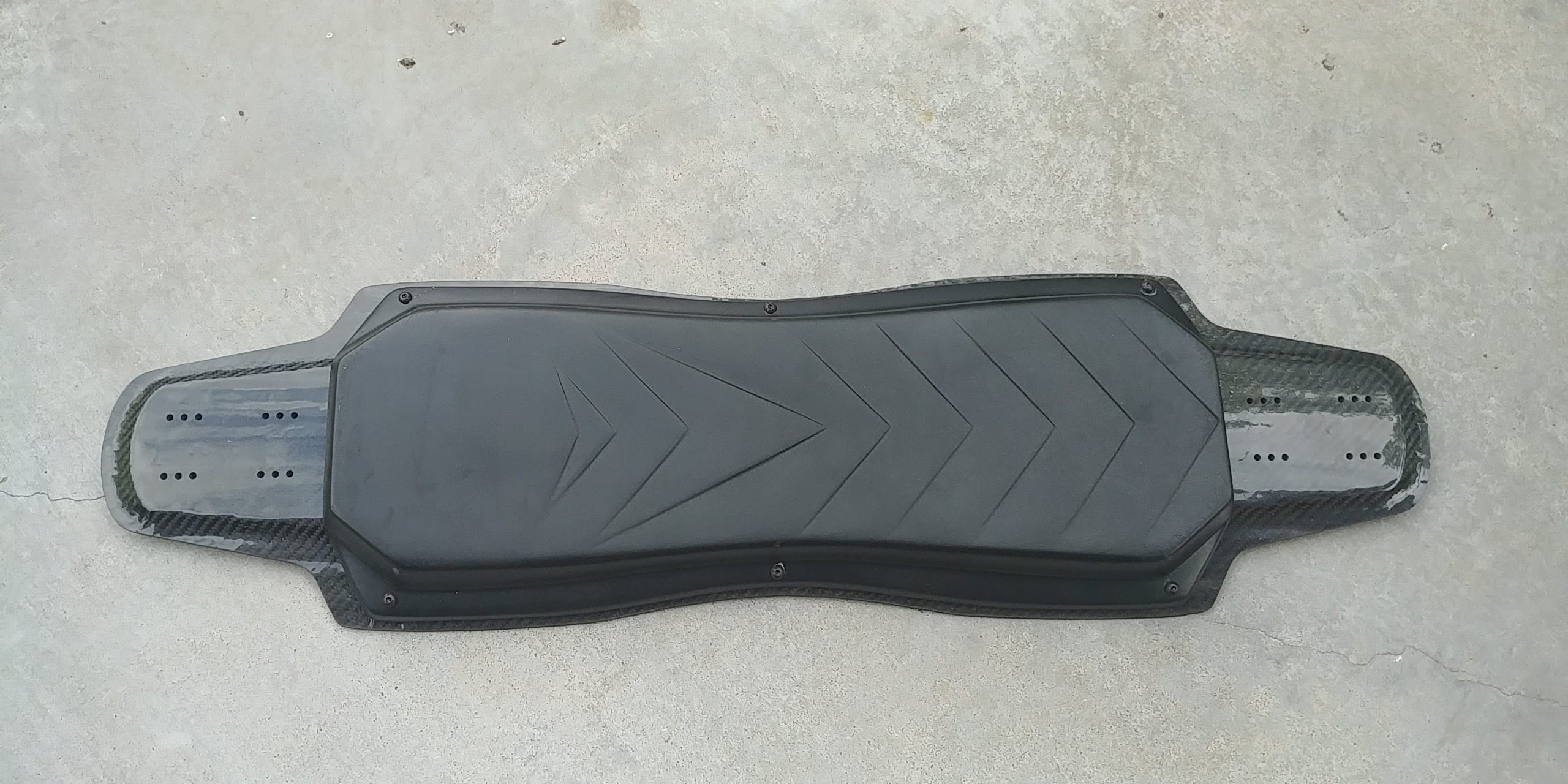 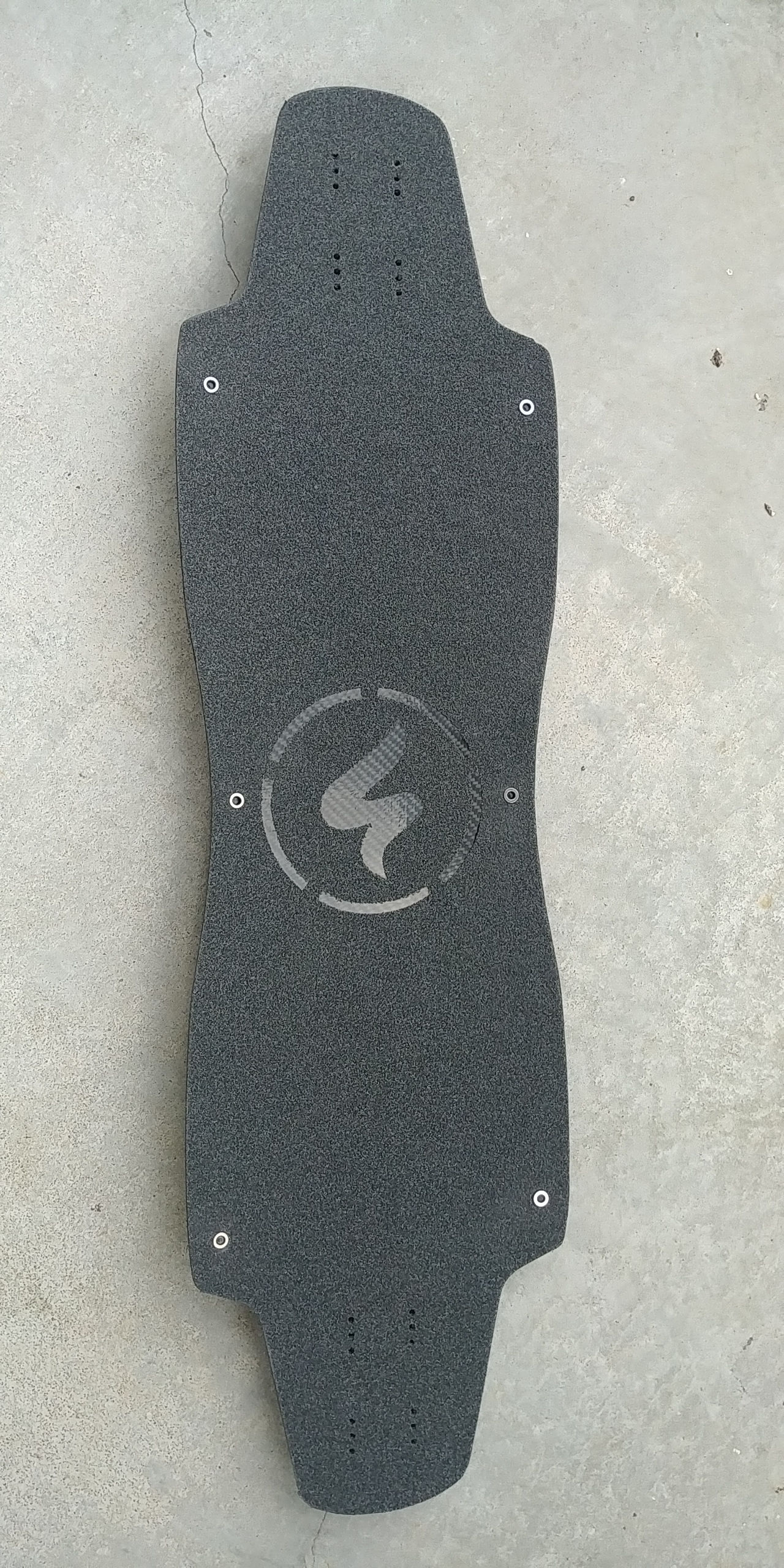 I love that deck! 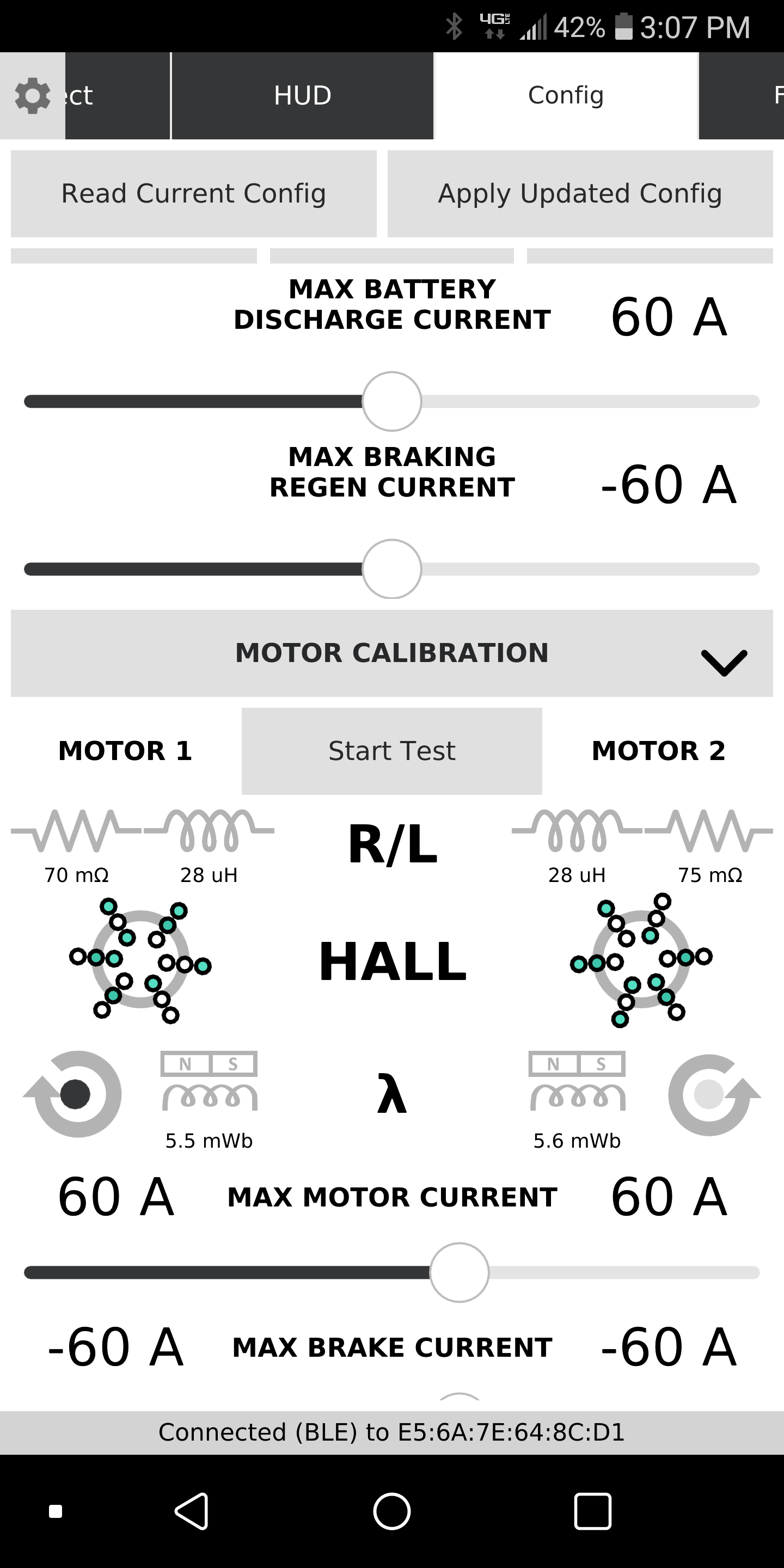 Gonna take it for a test ride 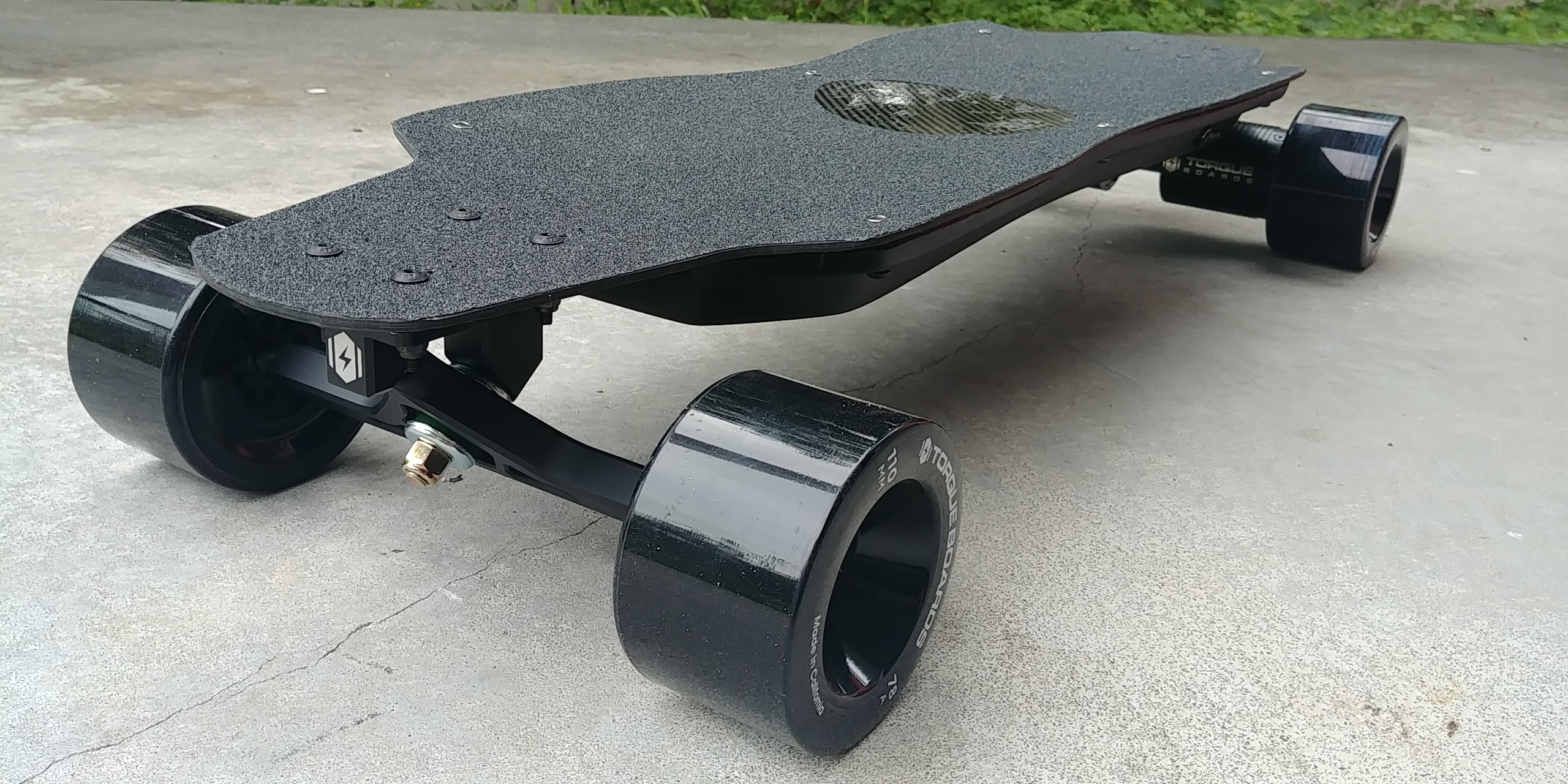 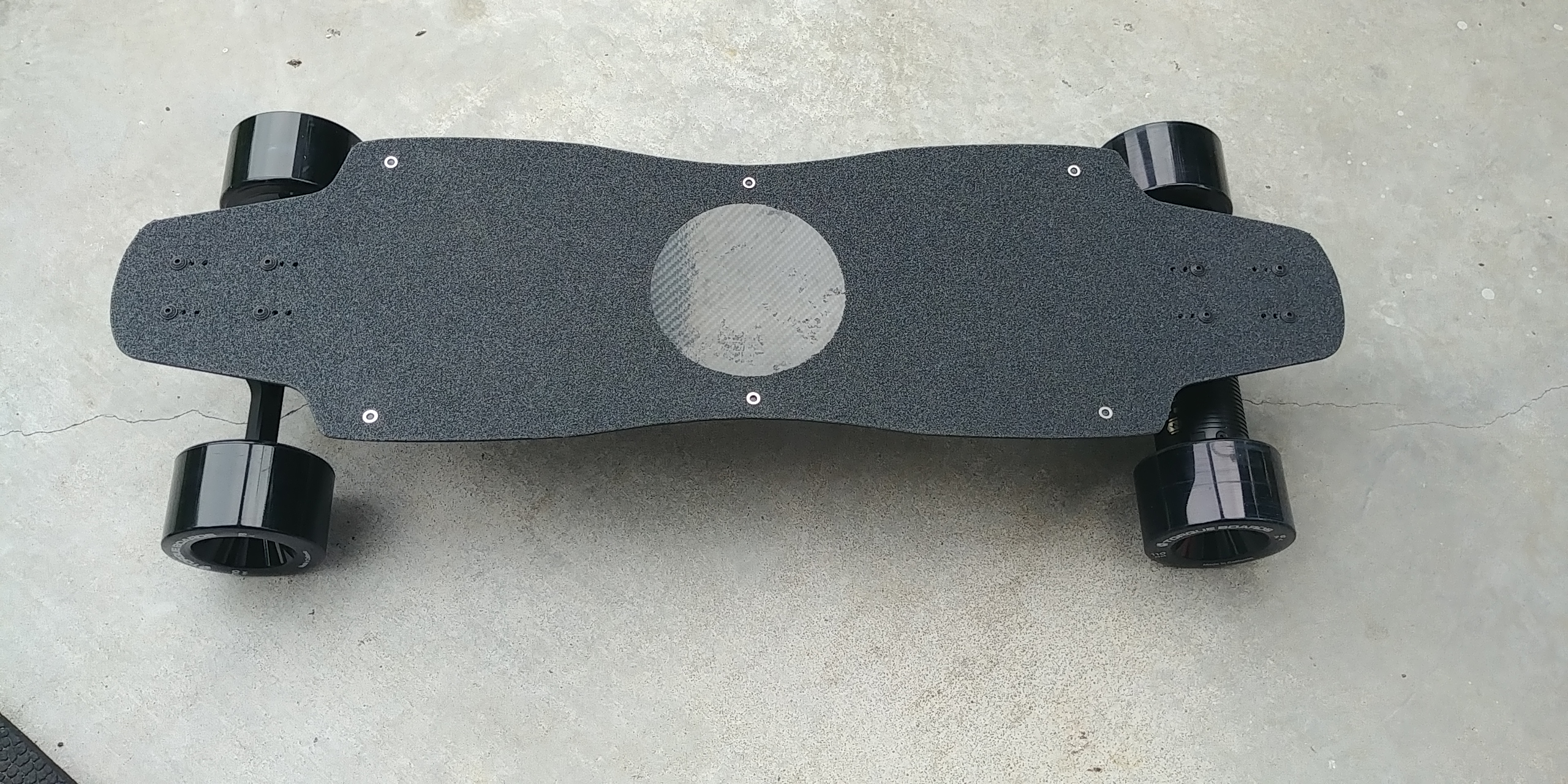 Brakes are good, power uphill is really good. Kept the trucks loose and turning/carving was nice.

Skating again after a calf muscle tear 2+ months ago: PRICELESS.

Update: This board fucking rocks. Going uphill is no problem, although I have only taken it on short uphill runs. Kona is ALL HILLS EVERYWHERE though, so it’s had a lot of hill usage already.

Dexter warned me to not even go up hills unless I already had speed, but that’s not always possible here. I push-start when going up a hill from a stop, then very gently EASE into the throttle, and my motor cans never feel overly hot.

After playing with negative ramping, positive ramping, and the polynomial curves, I have the power delivery to the board dialed in pretty smoothly. I like mellow start-ups, with a build to a “fun” speed that’s easily controllable.

These allow me to start and stop smoothly without feeling jerked around, as long as I am moderate with the push/pull on the throttle, and if I need to apply maximal braking force, I just push the brake all the way back and it stops fast.

I’m super happy with this build even though it’s heavy. (Torqueboards DDs are surprisingly heavy, but they are pretty awesome)

It looks sexy, has a lot of power, carves well with loose trucks and is probably fine at higher speeds with tighter trucks. The roads in Hawaii are pretty terrible though, so I’m not going to test out high speeds any time soon.

Also, I renamed the board: Black as Night (Nahko reference)

Glad you’re enjoying it. Mostly, you don’t want to slow/stop in the middle of a hill and try to accelerate as it’s more prone to overheating. Continuously powering through the hill and keeping momentum will keep the motors cooler.

But if you have no problems with heat. Have at it!

The motors are heavy unfortunately

all of that steel motor can and it’s basically dual 6374 equivalent with the 110mm motors which are heavier than normal too.

I’m getting used to the weight, and carrying the board for a couple minutes feels fine now. Good thing I work out

75kv gives a lot of torque. I think the key to my hill success is that I gently ease into the throttle after slowing down for a speed bump or broken pavement. Also, pushing from a stop so there is some momentum before easing onto the throttle really helps.

I’d love to have wide open, smooth roads to try out 30mph. I don’t use a tracker app, but I probably never go more than 15, maybe 20 at most for a few seconds. Slow is fun though, and it lets me take in the scenery while still moving way faster than everyone on foot. If I want to go somewhere quickly, I drive my car. 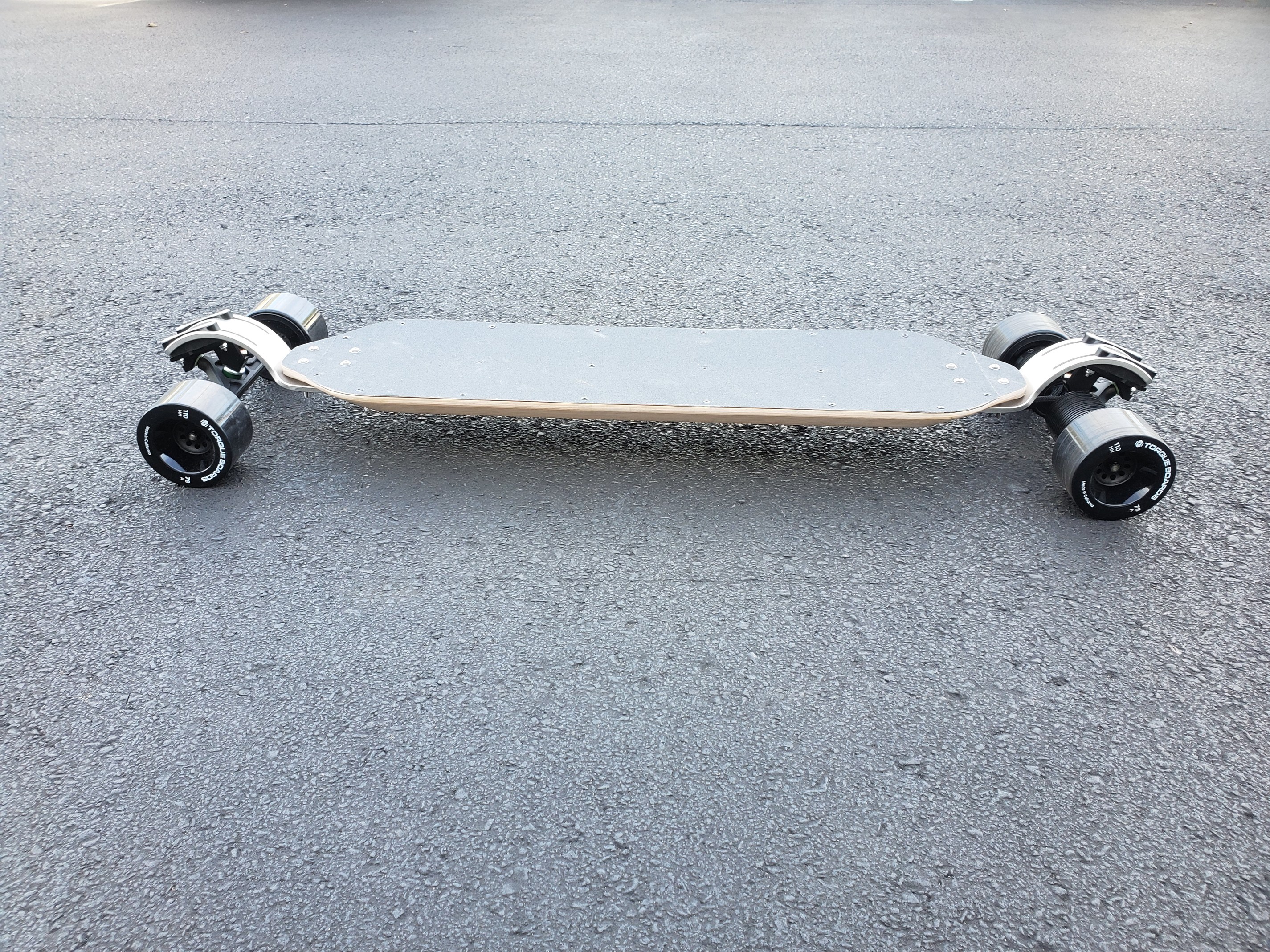 I just finished my HAYA with G-Bomb extensions with the DD’s and unity but my brakes are crazy weak. How did you overcome that issue?

What are your settings currently?

Exactly the same as thecatman above

how about battery settings?

whats your regen set at?