Fishpaper and cell level fusing, USE IT!

Don’t screw it up for the rest of us, insulate your P’s and fuse your positive terminals on your cells!

One fire is too many. Maybe if most of us were riding down desolate highways it would not matter but when we see a board go up in smoke in the town square it makes me worry. I worry that overly strict regulations will form or worse…

If you do not want to go through the trouble of fusing a pack at the very least you should be isolating the paralleled cells from the next group of cells with a strip of fishpaper and insulate the edge of the positive terminal if you are bridging cells with nickle strip.

Edit: Over the course of the next few days/weeks I will be adding photos and tips for cell level fusing. Handling bare cells is extremely dangerous and I do not recommend using any of my techniques. DO NOT TRY THIS AT HOME!

Build a gluing fixture. It can be two block of anything, in the photo I am using some scrap aluminum blocks but wood or other non conductive material is better. I am holding the blocks down with a few spring clamps. You also need a straight edge to align all the cells before running beads of silicon to hold the cells together. Use “natural cure silicon”, I use Dow Corning 737. It is non acidic and will not harm electronics are cause corrosion like the common acid based silicon. There is a reason that stuff smells like vinegar.

When applying the silicon between the cells be sure to push the caulking gun not pull. This forces the silicon into the gap and leaves a nice concave behind, no need to smooth it out with your finger. Trust me it works. much easier to do it without holding a camera too! After a few hours, to allow the silicon to cure, you can flip the group of cells and repeat the processes on the other side. 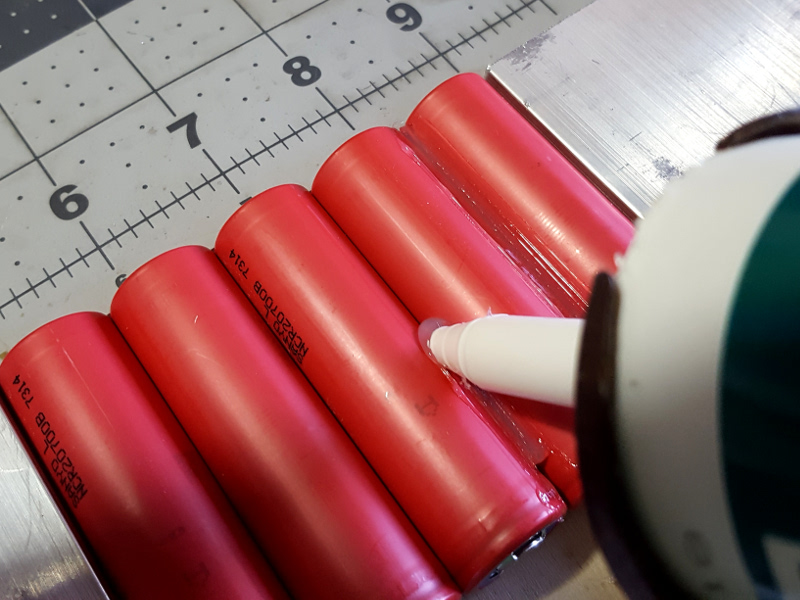 Cut insulation strips using the adhesive backed fishpaper and apply them to your cells. Pre-fold the strip that goes on the positive side to protect the negative ring that surrounds the positive terminal. Make sure the strips are long enough to wrap around the end of the cell group, more on this later. 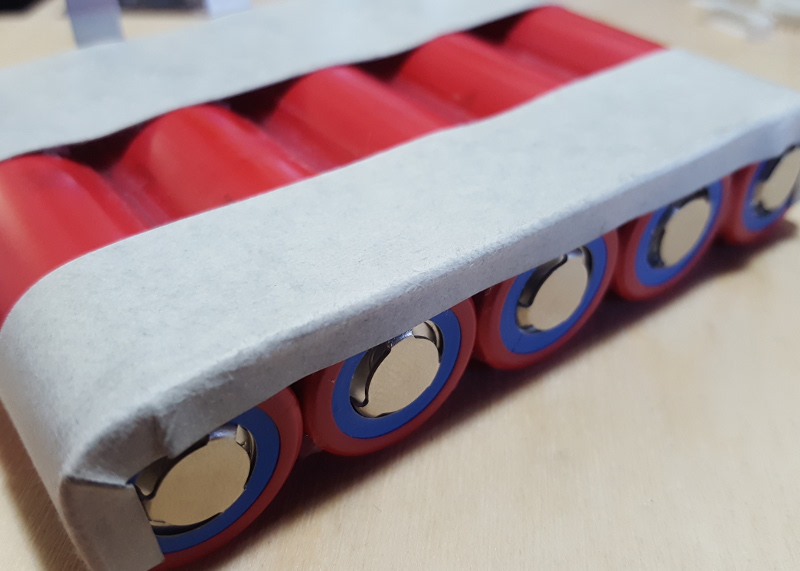 Prepare your tabs. They need to be flat, cutting can curl the edges. Pressing them between to flat surfaces flattens them nicely. 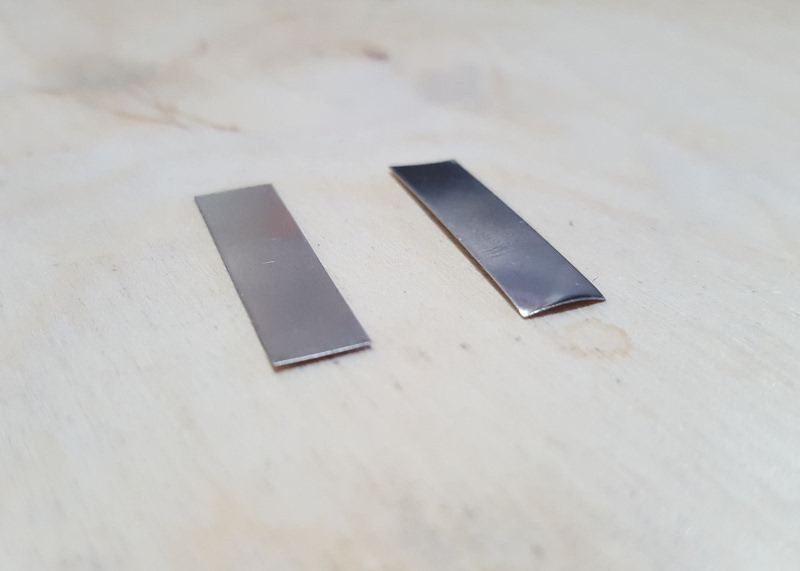 Spot weld your cells gradually. Do not hit one cell with 8 spot welds all at once our you will heat it up more than if you had used a soldering iron. Do it in several passes. Also notice that we to not fold the insulation over the edge of the negative terminals. 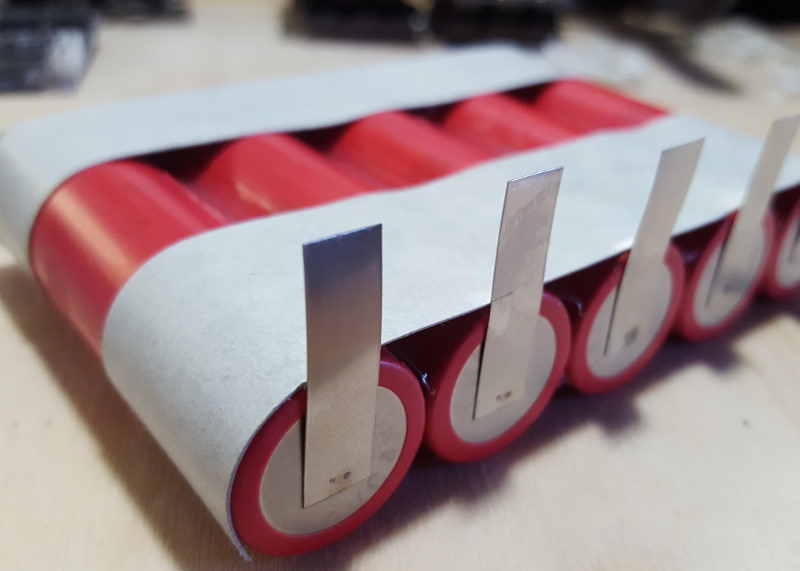 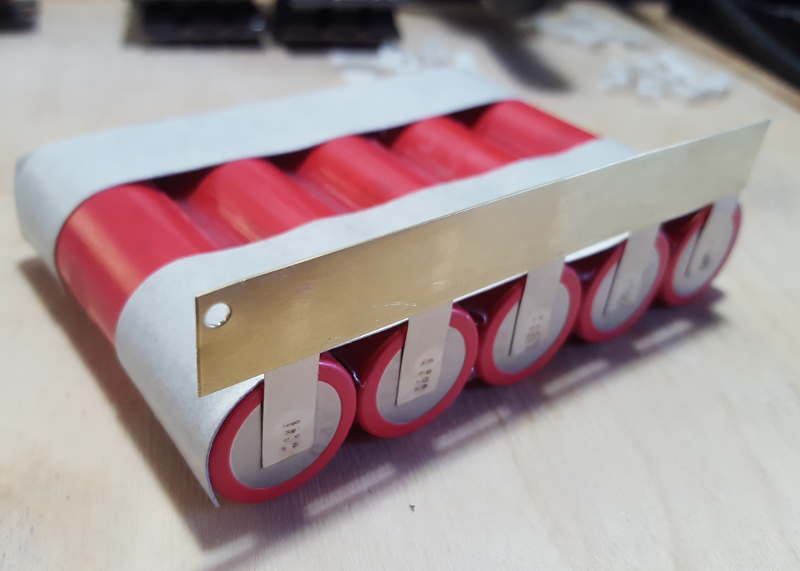 Now we weld a bussbar to the tabs. Be sure to provide enough of a gap to allow the strips to bend around the edge of the cells. 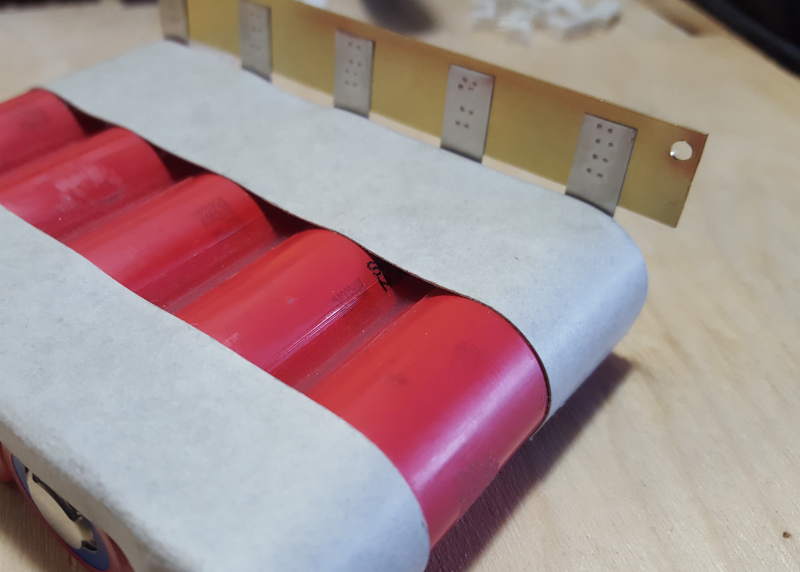 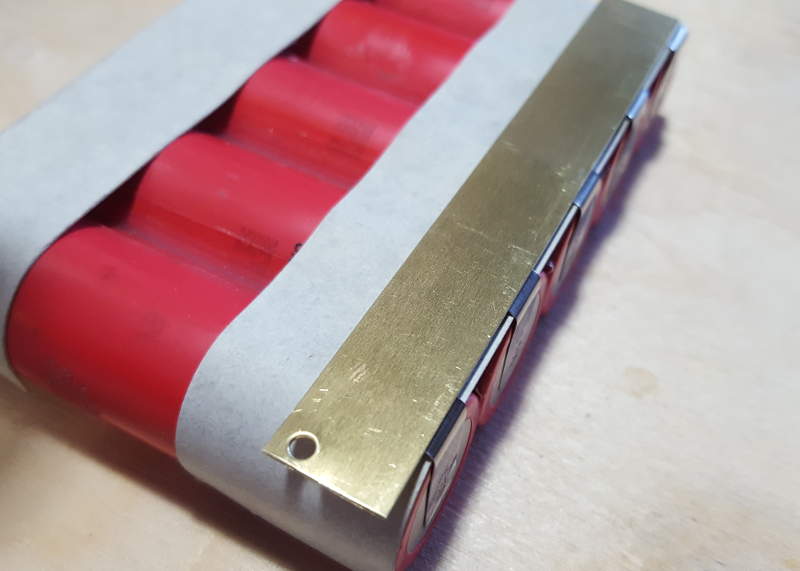 We weld thinner gauge strips to the positive terminals and fold them over. These provide strain relief and allow us to solder our fuse wires without heating the cells. 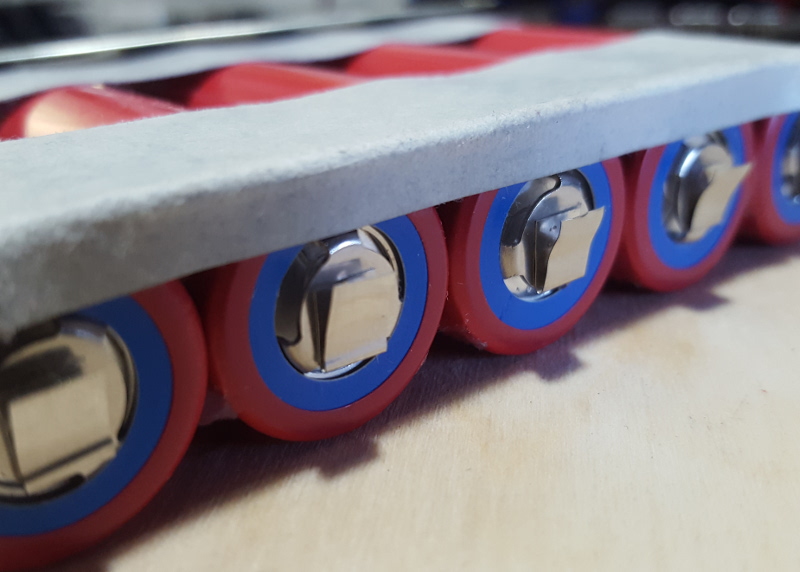 Still waiting on more parts to finish this build, but here’s what I have so far. Full Specs: Original 4.12 batch Enertion VESCs (will need to shave/hotglue the pins) DIYES v4 mount (extended screw holes to reverse mount) DIYES anti-spark switch...

This is also a good technique 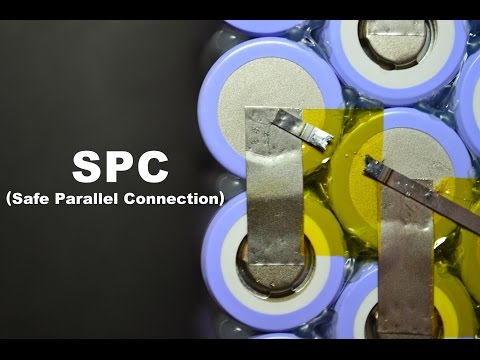 Nice concept, i will do it on the next build. You know the positive terminal inside the cell has a diaphram that deactives the cell if it overheats or gets shorted before a fire breaks out.

@Rinzier correct me if I’m wrong, but they don’t describe the technique, they only describe the implications and benefits. I don’t see a schematic anywhere on how to actually do it…

Yes, but the cell gets very hot and vents flammable gasses which catches fire. The diaphram exists but it can only protect you when one cell has a runaway, and it is alone. Look at a tesla car battery, there are a bunch of cells with the diaphram, yet they built a cell level fusing on every cell because the diaphram isnt enough.

That is what you hear but that is not what we see happening. People have been blowing this off for a long time. We should be following those leading the automotive industry in regards to battery construction and safety.

Edit: @Rinzler you beat me to it!

Very good guys thanks ill look into it.

The schematic depends on the battery you are building. It is pretty much self explanatory, especially for people who build batteries.

So then if you had a 2S3P where would the fusable link go?

I always use gaskets and cover it all with kapton tape. I used honeycomb spacers in my last build. They are better than just fishpaper. http://s.aliexpress.com/RJFRZJzu

If I understand this process correctly, it would only take out (short) 2 cells vs the whole pack. Correct?

Hah! I still got fuse on my cell however last month it seem 2 of the fuses came loose and 6 cells ended up dropping to 2.5 volts! I was running 10s but now back to 8s.

I think I just did a bad job soldering a couple fuse. I redid a lot of them now though so I don’t think I will have this problem again however I installed a lipo beeper so now it will beep whenever a cell drops below 3 volts! Can believe I didn’t think of it before but I’m is a must have for anyone running bmsless. However you will need 2 if you go higher than 8s still super easy to install though! 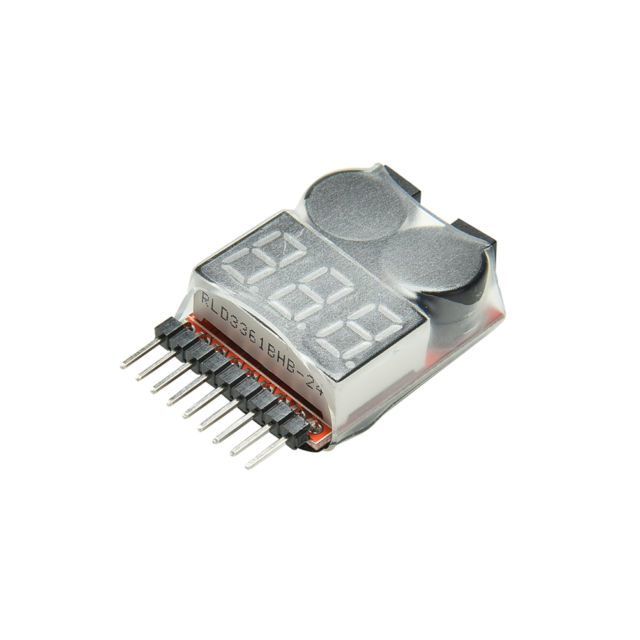 LifePo will burn as LiPo and LiIon does.

I’ve seen a few videos and read a bit on this and it appears to me that they can vent but flames and exploding fireballs are much less prevalent…all boosted problems were venting …I think the company would have gone under with fireball boards.

Make sure you pull that alarm off when not using it. It will drain your #2 or #3 cell unevenly if you leave it plugged in all the time.