I did. But your march eta is based on a September shipment. When it’s a November shipment your spoiler should be June/july

I didn’t plan to buy anytime soon but the final price with shipping and import fees (I saw evaluated to 330€ somewhere?) seems very disappointing. You can get 2 new focboxes for 300-320€ in europe and the unity was previously hinted as being a lot cheaper than 2 focboxes to produce.

Let’s see if it gets better once it’s distributed by the official affiliated resellers but this early bird deal doesnt sound so good.

Just enable China Post shipping and provide free postage for the group buys. The extra shipping time it will take will be overshadowed by the amount of time it normally takes enertion to ship products out anyway so its win win.

Well, I really wanted to be excited about this… and I was at first. Pre-order pricing looks good and some of the new features are appealing, but retail price looks absurd based on what I had heard early on about this being signifcantly cheaper than buying 2 focboxes (assuming it’s not like the R2 and is perpetually ‘on sale’) and shipping costs are very value prohibitive (the weight isn’t included with the other dimensions listed, but I have a real hard time believing it’s nearly $40 to ship to US). +Also, why is an xt-60 plug being used for power on something rated at 80a continuous per motor?

I was disappointed to see the XT-60… are the 3.5 bullet connectors confirmed? I didn’t see that on the product page, but that would also be a bummer.

Most Likely as this is more so for the Raptor 2

previously hinted as being a lot cheaper than 2 focboxes to produce.

It wasn’t a hint at all. It was categorically stated that this would be cheaper to produce and so cheaper to buy than 2 focboxes on one of enertions videos and yet with everything included, shipping etc at the pre-sales price it is actually more expensive and it definitely does not cost 60 aud to ship from china. Shipping has always been an issue with enertion and you’d think by now there would have been some improvement but alas…

Shipping has always been an issue with enertion

We call it an issue, they call it free money.

Regardless of price or shipping suspicions, I would not place a pre-order until the source code is released. It’s important that the DIY community digs in to look at the details of this thing.

We will also be publishing a simple method to allow your bms to over-ride your power switch and force shut down in the event of other battery health issues if desired.

@Deodand Does this mean that I can use my DieBie MS BMS (if you are familiar with it) power switch features and ignore the switch on the Unity? I do not need two power switches

Yes, your two options would be to either set the unity switch to always on, or you could bypass your bms switch fairly easily and let the diebiebms control the unity switch in event of battery health issue. We will provide some info closer to release on how the wiring works for this.

It is needed to have the option not to use it. There are a lot of different designs and components out in the wild

Not a silly question! It’s like buying a motherboard with more RAM slots even though you don’t have the money at the moment to use all of them. Yes it’s definitely fine to use just 1 motor. Just make sure you properly secure and cover the other motor winding bullet connectors you aren’t using with some tape.

Regardless of price or shipping suspicions, I would not place a pre-order until the source code is released. It’s important that the DIY community digs in to look at the details of this thing.

This. Still waiting for their other product that this is based upon. You cannot legally resell these if they don’t provide you all the source code, so you are able to provide it if asked

@nw-esk8 totally understand this reaction, but I’d like to offer a few counter-points and reasons everyone should be excited. Keep in mind value wise there are a couple things you aren’t considering like the included anti-spark switch which would run you at least $20-$30 US plus shipping and the trouble of wiring (not to mention our switch won’t fail on you and is under warranty). Additionally the unit comes with an integrated internal bluetooth module which would be something else you’d have to order third party and another added cost of $15-30 plus shipping. This included bluetooth module is an NR52, so it will be faster and more responsive than the standard HM10 modules most people sell.

I think the final and biggest thing everyone should be excited about is that Enertion has made the leap into fully custom open-source vesc-based firmware to accompany their hardware. Part of what this price is reflecting is supporting me so I can focus on additional firmware features after launch. Most other companies are just taking Vedder’s firmware, and uploading it to their hardware. While there’s nothing wrong with this, it does mean there is generally a divide between the people coding firmware and the people making the hardware. This lack of understanding can lead to issues in hardware design or missed opportunities for awesome new features. For instance, one feature not listed above is the Unity hardware has a populated 3-axis accelerometer and 3-axis gyro. Currently we have been too focused on getting to production to develop the extra features here, but I’ve got some exciting plans on how to use this additional incoming data.

In developing the Unity, I had to gain a deep understanding of how the Vesc firmware is put together. Re-configuring the hardware timers and ADC timings of the MCU to accurately control two motors synchronously wouldn’t have been possible otherwise. This combined with @Blasto’s experiences with the original FOCBOX means we have a good breadth of understanding of how the hardware and firmware of vesc-based designs can be improved.

Every aspect of the unity has been agonized over for an absurd amount of time. When you complain about the XT60 connector you should know it’s something we’ve already thought about in depth, here’s a video of an XT60 handling 180 amps for 10 seconds: 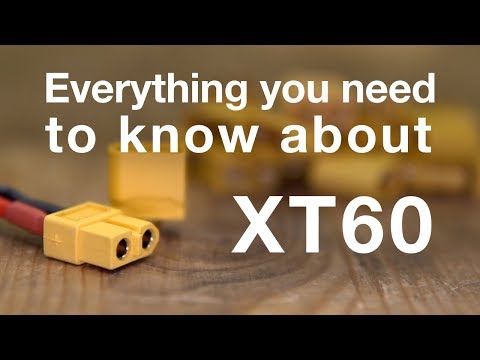 This connector will easily support 80 amps continuously while only getting slightly warm. The stated 160 amps rating for the Unity is 160 total motor amps continuous and we don’t recommend using over 100 battery amps or your unity. For an eskate, 100 amps at 40V is 4 kW! This should be plenty of power for the majority of people.

Anyways we can’t make everyone happy obviously, but I do hope everyone can believe we didn’t just slap a bunch of components together and a price tag and say “here ya go!”. This thing is our baby and I’m super excited for everyone to get their hands on them and experience the improvements! Please keep the feedback coming though, love to hear everyone’s thoughts!

Just to be sure, the integrated Bluetooth module is not compatible with the metr pro app, right?

Oh btw, how did you solve issues with FCC and CE for bluetooth module? I am also looking into this stuff at the moment…

Is there such a thing as safe shutdown? So instead of just shutting down, unity would just disable acceleration apply .5A braking and slowly come to a stop? I don’t like the idea of any ESC shutting down on me for any reason whatsoever.