Genesis, has anyone heard of seen these?

I saw a thread posted on these on the r/electricskateboarding subreddit. Apparently they are just rebranded Koowheels

ow ye they look alike, a lot. thanks have not seen the small skatedeck premades like that yet

o they probably fitted nicer decks on there i guess

I’d be really interested in knowing the actual specs on this board. Its an impressive price point if those specs are actual.

I have some experience with them. I will be giving my complete review when i have used it enough. Check out my web page for details so far

this was the first guy to get one https://www.reddit.com/r/ElectricSkateboarding/comments/587rnp/genesis_tomahawk_unable_to_charge/

Hey Guys - I’ve had one of the tomahawks for about 2 weeks. Top speed is great - but battery life is lacking. A fair amount of people are reporting disconnects with the remotes.

Where would I start if I was interested in upgrading the ESC or remote?

Open the board up 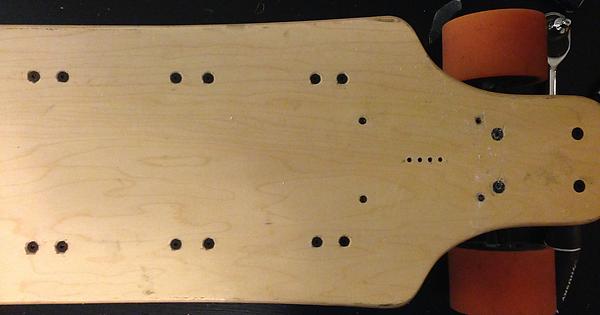 Could you please explain this science to me. And what should I look for. I’m 6’1 205 and want something fast and aggressive. Also soars up hills. What specs should I seek. Thanks in advance.

100Wh get you about 10km in real world conditions. The genesis has 144 Wh, so 15km is realistic (maybe 10miles but never 20miles) You should look for something like the Raptor (or other board with similar specs, Evolve GT for example)

I own the Genesis HellFire, paid for a Acton Blink S2 and I got my eyes on a Raptor 2. Looks like a beast. Thanks for your input. And yes I did a test run on the Genesis and it gave me 9 miles with some crazy NYC hills added in there with my highest speed at 15mph.

Any water will break it don’t think 2 day shipping is legit either took three weeks then when it broke first day another month till next replacement came.Dont believe the hype.If you don’t want to build your own save up till you can get something nice. Genesis really is a rebranded koowheel and not built to be much more than a novelty.Definatly not built to last the type of mileage it’s claiming.

All these boards are the same, genesis koowheel and Magneto. Id like to know how they hold up after a few months riding.

check my reviews. depends on how much you use it i am on my third board since september 3 but only paid once

Craps broke mine in 3hours they say 2day shipping but I waited over a month getting excuse after excuse very dissapointing only thing they got is a good advertising campaign (don’t do it!!)

There is so much bad about these boards. I don’t know why people don’t just buy the Benchwheel dual 1800 if you don’t want to build one. It’s no race car but it’s decent. I road one for a month or so, over 50 miles on it. My kid rides it now, another 50 miles…No issues.

I had a Genesis Tomahawk given to me, it looks to be in pretty clean condition, it charges, powers on, but won’t run. Thinking it might be the remote but other research suggests it could be the motherboard as well. Tried pairing the remote with no success, hub motors have resistance when the unit is turned on. Any suggestions or help? Has anyone successfully swapped the motherboard with a KoolWheel motherboard or rebuilt a Genesis board with a higher quality kit?

Thanks for any information you all can give.