hello, do you have some new video or photos?

i will soon. the board’s back in my shop for mods, i’m in the process of changing things up a little. It might be a minute before i can post anything though.

More video or it didn’t happen. Also do you have any Idea how much he charges for the esc?

the NGV sled with hubs, ESCs, and a wiring harness was about $2k on its own.

I’m upside down on this build, so when i get done with these recent mods it better make somebody famous.

More video or it didn’t happen.

this weekend wasn’t kind to NGV.

So this board came back for some mods, some of which are to eliminate the eswitches and make the twin 6S 10ah Tatuu cells removable for standard charging to eliminate the BMS. At some point, the pack i made from the other tatuu prismatics had failed, so i bought some more and we decided not to unpack them and instead make them removable. I cut a pretty sweet hole in the box and had the removable cells all figured out when i went to address the other problem. He mentioned that one of the motors was’t spinning up. I figured a cable came loose of a finicky wire or solder joint, so i didn’t check on it until last.

It turns out the phase leads shorted inside the motor assembly somewhere. The shitty pvc insulation they use on every motor out there was used here too, and at a very thin guage, probably 14 or higher, and its winding wire all the way out which is a damned fool move for a “performance board”.

Because i was a fool and figured they knew what they were doing, i folded up the phase leads inside the wire bundle before slipping on the nylon sheathing. The insulation melted all the wires together, burned the copper into a short, and melted the nylon to the copper. I suppose that the safest way to use these motors is to allow the shitty wires to breath by letting them just all hang out somewhere ready to snag something and rip off.

also that antispark plug they’re using on the Nextboard instead of a solid state relay or whatever? it blew up. After sparking every goddamned time i plugged it in. They went on and on about how eswitches blow up. They do on occasion, which is why i keep shit under 60 amps and under 45mph. But this is hilarious. Fastest skateboard you can buy, huh?

looks like i still have that title if they can’t sell any without them blowing up and getting recalled or killing somebody when their motors short out at 50mph or whatever.

Anyone else want to send me their drive systems for my customers to test?

before anyone demands pics, i have plenty. I’m just going to show the damning evidence to the parties involved before i post it here and ruin all of the Nextbard’s hopes and dreams.

damn, that is crazy and potentially dangerous. As allways thanks for the info!

I forgot to mention that this happened to three of their motors, only one is spinning up correctly.

also he never got to 65mph on this thing, he was still working his way up when we decided to do these mods. Last i heard he got up past forty somewhere and apparently that was enough to melt phase leads. Lots of people do more than 40 around here, myself included, on a semi-regular basis and this doesn’t happen to us.

High strand count silicone wire, people. If you see a board without it and it clams to be a speed demon, then it is only full of terrible lies. Lies to children even, and those are the worst kind.

Hope that dude in Australia trying to break their world record on one of these is taking notes… I have a dollar bet on smoked Esc’s as well. I have a feeling This NGV build is gonna be @longhairedboy 's over friendly uncle that keeps showing up to family gatherings when not invited.

Most of my boards come back now and then for a tweak or two. They’re basically cars and need attention now and then.

But this thing… I hope NGV does the right thing here. I just finished up an email write up to everyone with a full report of what happened. All we need are new motors and an antispark plug and we’re good i think.

i just spent $105 sending 13 pounds of components back to Slovenia.

Remember these things when somebody vaguely suggests they may have possibly one day had a bad customer service experience with me once.

it was suggested that the current buildup necessary to melt the wires could have come from hard braking at speed, which to me is quite fascinating. That probably wouldn’t’ have occurred to me.

The 45mph speed run at SPD1 had just over 200m ( 650’) total to get up to speed and shut it down. I was hard on the brakes when a motor melted. There are considerations with motor braking we need to improve on…

4wd alleviates some of this motor side, battery side no help…

Dear longhairedboy… you stated a lot of facts here that are not accurate and influenced from your point of view that I’ll not interfere with. But I have to clarify some things for all the guys that follow this post… We sent you the motors, wheels, trucks and esc’s, all connected with wiring harness and mounted on a aluminium rail which could also hold two Tattu 6S 9000mAh Lipo batteries. The exactly the same setup was used when setting the World speed record here in Portoroz, Slovenia. We are using exactly the same setups for three years now and we never had a problem. But you dismantled everything and connected components back in your swordboard together with lights, switches and other funny stuff. No problem, if everything is done correctly… but it seems that it was not as all other our boards are working fine, only swordboard is not… I’ll wait until components are back here in Slovenia, then I’ll try to find out what went wrong and post here what I’ll find out. You also mentioned the anti spark connector we are using: it is a 7mm gold plated connector that is used in drones worth 5000USD and more. We have plenty of them, installed everywhere and all of them are working fine, still after 3 years of usage! Another thing is phase cables insulation: as you should know, electric motors are wound with copper wire insulated only with thin polymer film insulation - so the pvc insulation that phase cables are covered when exiting motor internals is just add on - but not if damaged of course! Our board is still World’s fastest, nobody broke our record for more than two years, but you must have some feeling to cooperate with her with pleasure - it’s just like a Ferrari and you should be aware of!

They’re basically cars and need attention now and then.

I wish more people understood this.

Hey NGV. 59mph is only cool if the wheels stay on and the rider doesn’t street face. Guinness Book should be ashamed for having such low low standards for excellence. You should take your 60mph board and do it for real instead of bragging about your failed attempt over the last two years.

Hey NGV. 59mph is only cool if the wheels stay on and the rider doesn’t street face. 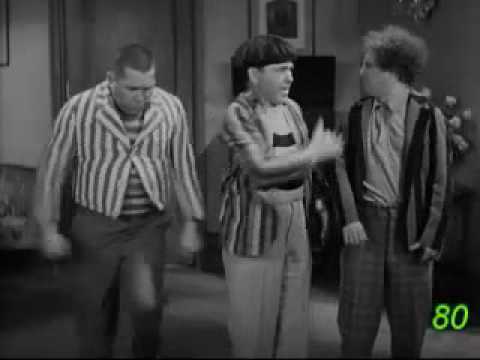 Does it explicitly say it has to be flat, if it is all the same may mock up a wannabe build and thrown down on the next downhill event, maybe I can break it.

Next one has a 22% drop, enough for any resistance to reach that speed.

Our board is still World’s fastest, nobody broke our record for more than two years

What about this guy? 66 mph… If my math is correct, that’s 7 mph faster than NGV. 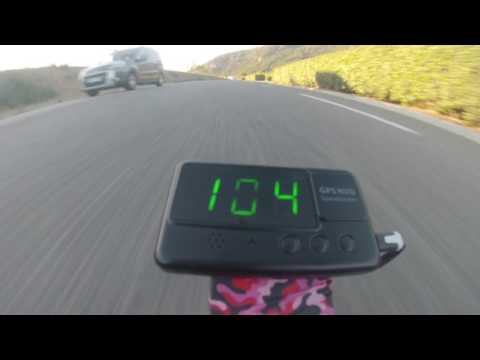 You can dream of it like a Ferrari, but it’s not a Ferrari. I respect your dedication to getting things right, but your components are in a metal tube… Even beginners on this forum build better looking boards…

Power wise, curious how many watts you pull at high speed. But also, please try the board at high speed with someone who weighs more than 120 lb. I think at least 1/3rd of the male population that weights between 185-210 lb and at least 1/10th of males are heavier than that. 120 lb rider is not a very high standard of testing in my book.

Also, Ferraris are actually fast accelerating cars. i don’t think I need to say anything about how fast NGV boards accelerate…

Also, why would you have the motor wire coming out of your motors? Your asking for problems… Terminate it inside and use motor winding epoxy to set everything in place…