Good evening guys. Decided that it’s officially past the research stage since my parts are (mostly) on order so here comes the build thread. I’ll be trying to document everything as thoroughly as possible so that anyone interested can follow along. Below is the parts list. I’ll fill in the sections that are unknown as I figure them out so whatever you see here should be what I’m using on my build.

Photo Album Here. This is the main album I’ll keep adding all pictures to.

Wanted to put this as a separate post than parts list. I’m really liking the Enertion space cell pro4 but just don’t think it’ll work for me. My deck is far from flat and is also made out of bamboo. I think it’s going to have a decent amount of flex and one long battery pack just doesn’t seem to be the way to go.

Also while I’m sure they’re quality the pack price if just high for what it is. I’d like to do a 10s4p with some Samsung 25R and break it up into 2 separate enclosures. I’d also like a could BMS with that and proper indicator. The battery being over a couple of enclosure would allow me to be able to deal with more board flex…

More to come on this as I figure it out.

Unless you plan on making your own motor mount, I’d definitely recommend going with Caliber II’s instead of Paris trucks. Pretty much all the available mounts are designed for the Calibers.

Unless you plan on making your own motor mount, I’d definitely recommend going with Caliber II’s instead of Paris trucks. Pretty much all the available mounts are designed for the Calibers.

Yeah I’m aware that most mounts are for Calibers. I did want to stick with the Paris 2 for performance reason but know that if I have to I can easily switch and find a mount.

So I ordered a spot welder to make my own battery pack… I’m not sure if I’m getting a little crazy or if it’s the right thing to do… Time will tell. I do know that if it works it will give me the best flexibility possible for my design. 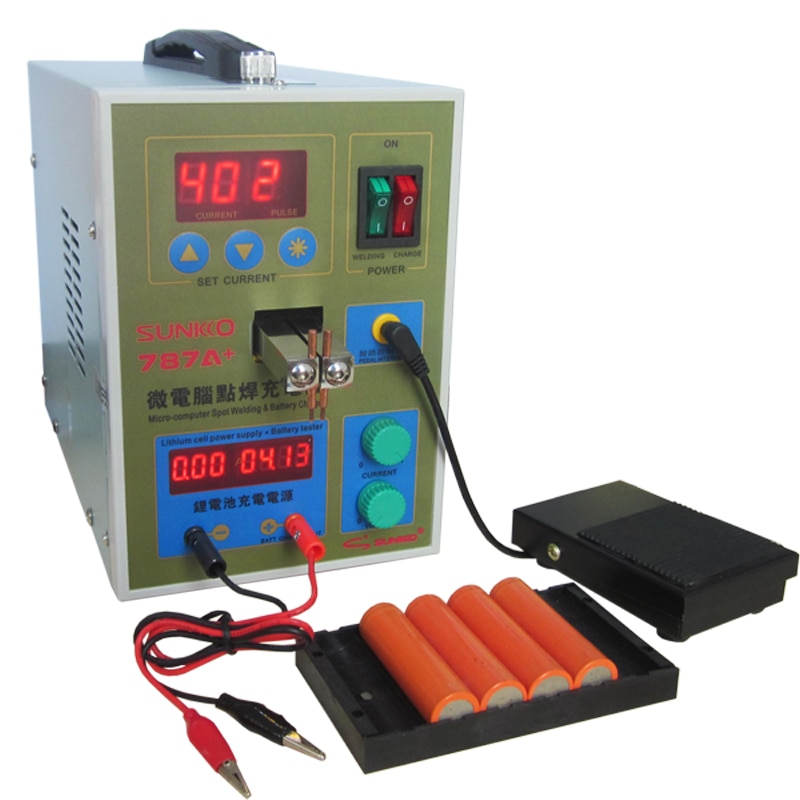 So today was a good day. Got some more parts in.

Thanks to @JLabs s for the great looking motors… 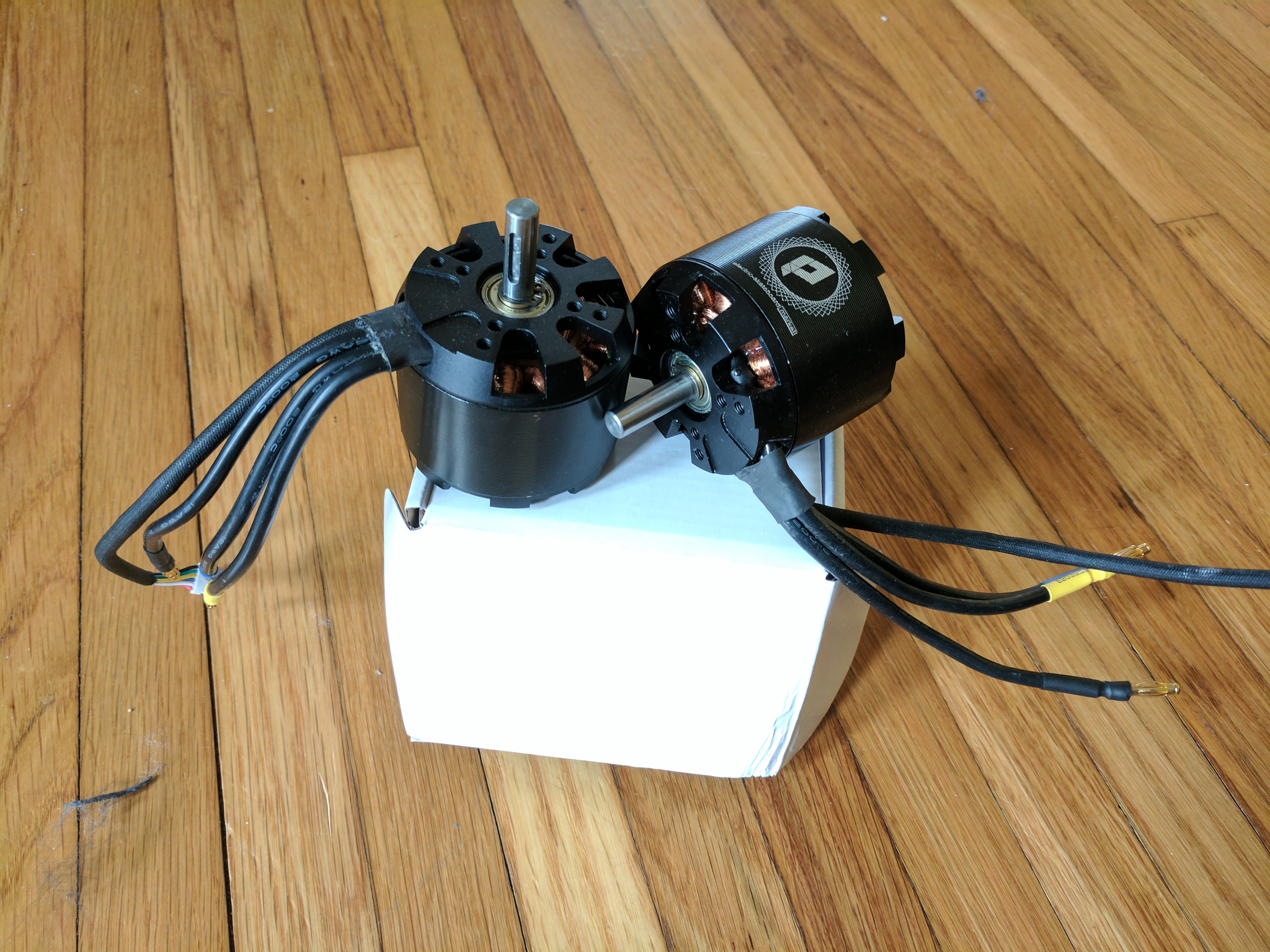 And also thanks to 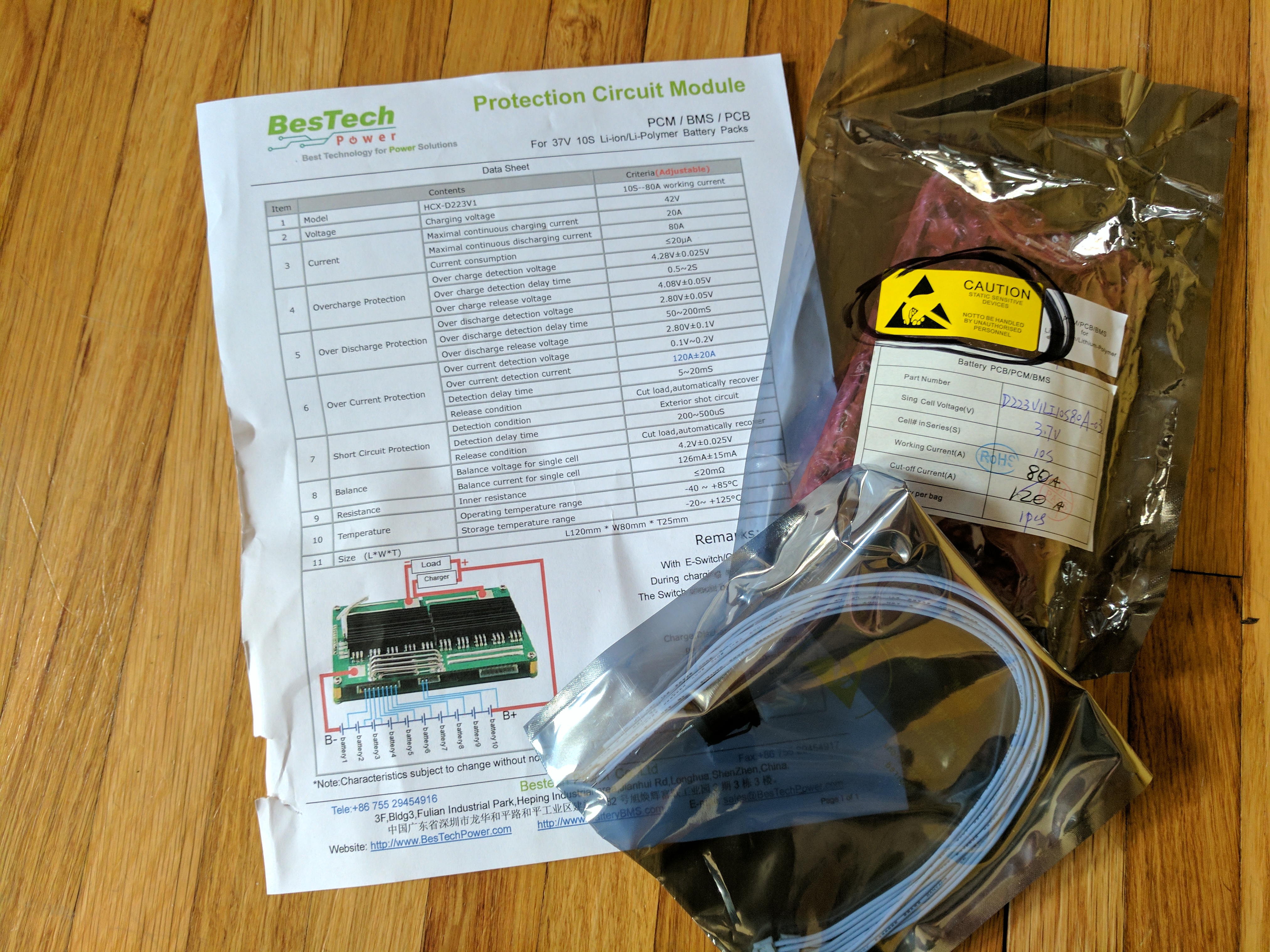 Tip: It’s best to mount the BMS separate from the battery pack, not on top of the battery cells where it can short out. So finally got the motor mounts. A couple of things to note, since the mounts don’t have a left and right they don’t have the same range when lining them up, there is a dead spot where one can go and the other cannot… This means that while I can move my right motor higher up I cannot for my left and causes a tight clearance issue…

Switched to Caliber II trucks. While I wanted to stick to the Paris V2 I figured, this being my first build, to try to stick to simple. This switch allowed me to get DIY Electric Skateboard’s motor mounts. 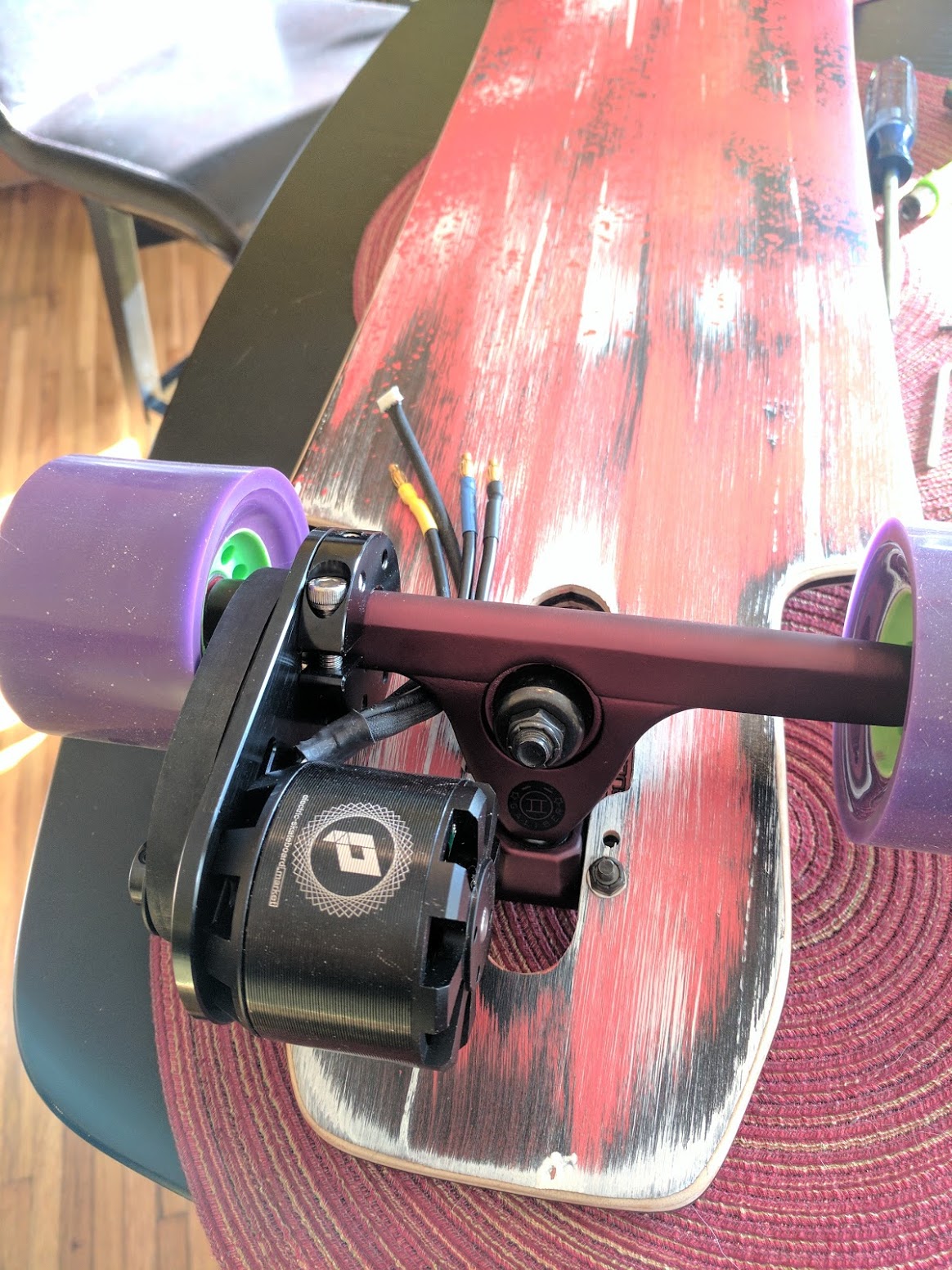 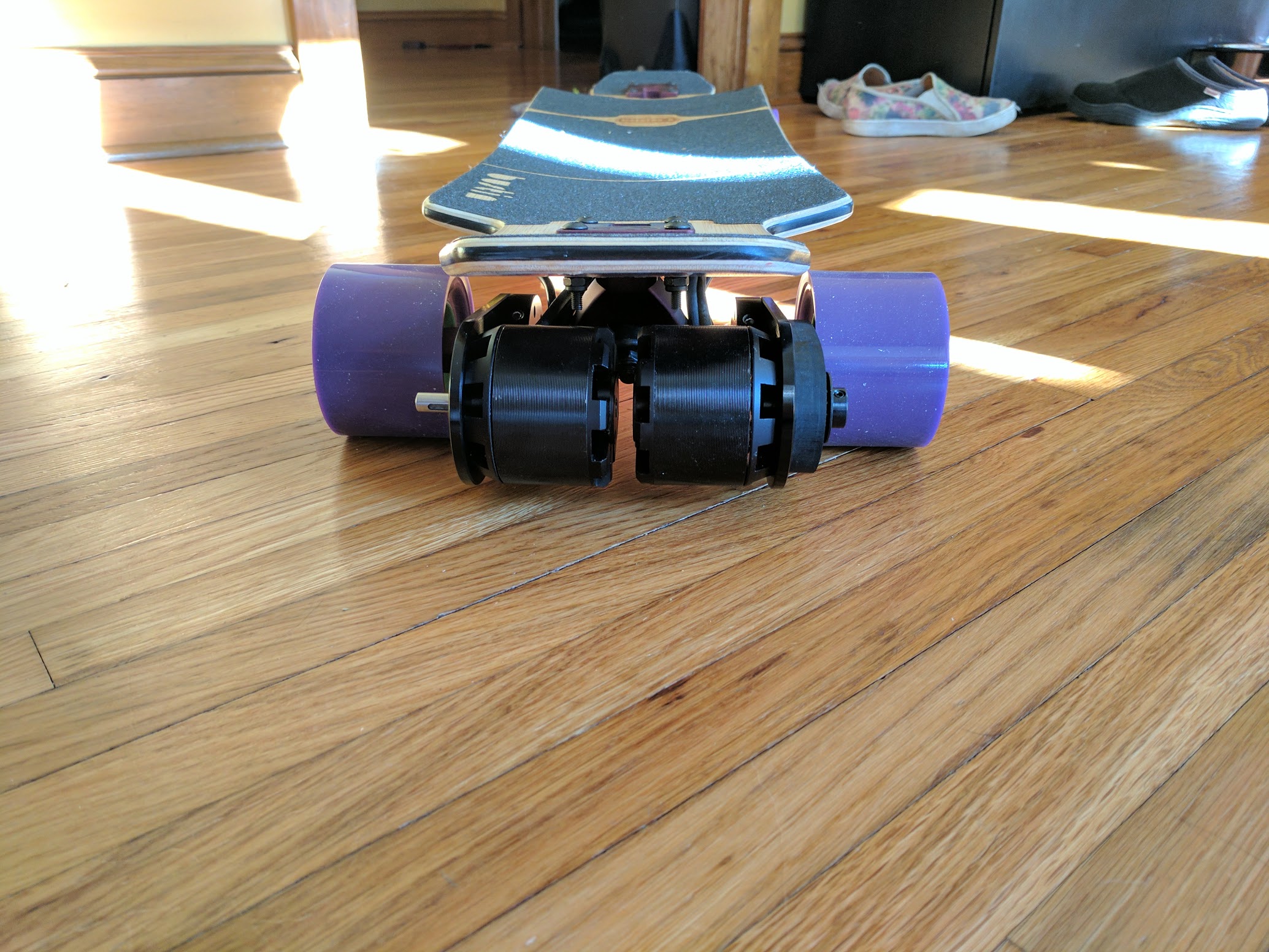 Remove the clamp and flip it, should give you the same range of adjustment.

Remove the clamp and flip it, should give you the same range of adjustment.

Flip what? The plate? You can’t put it on from both side due to the cut outs for the screw heads. 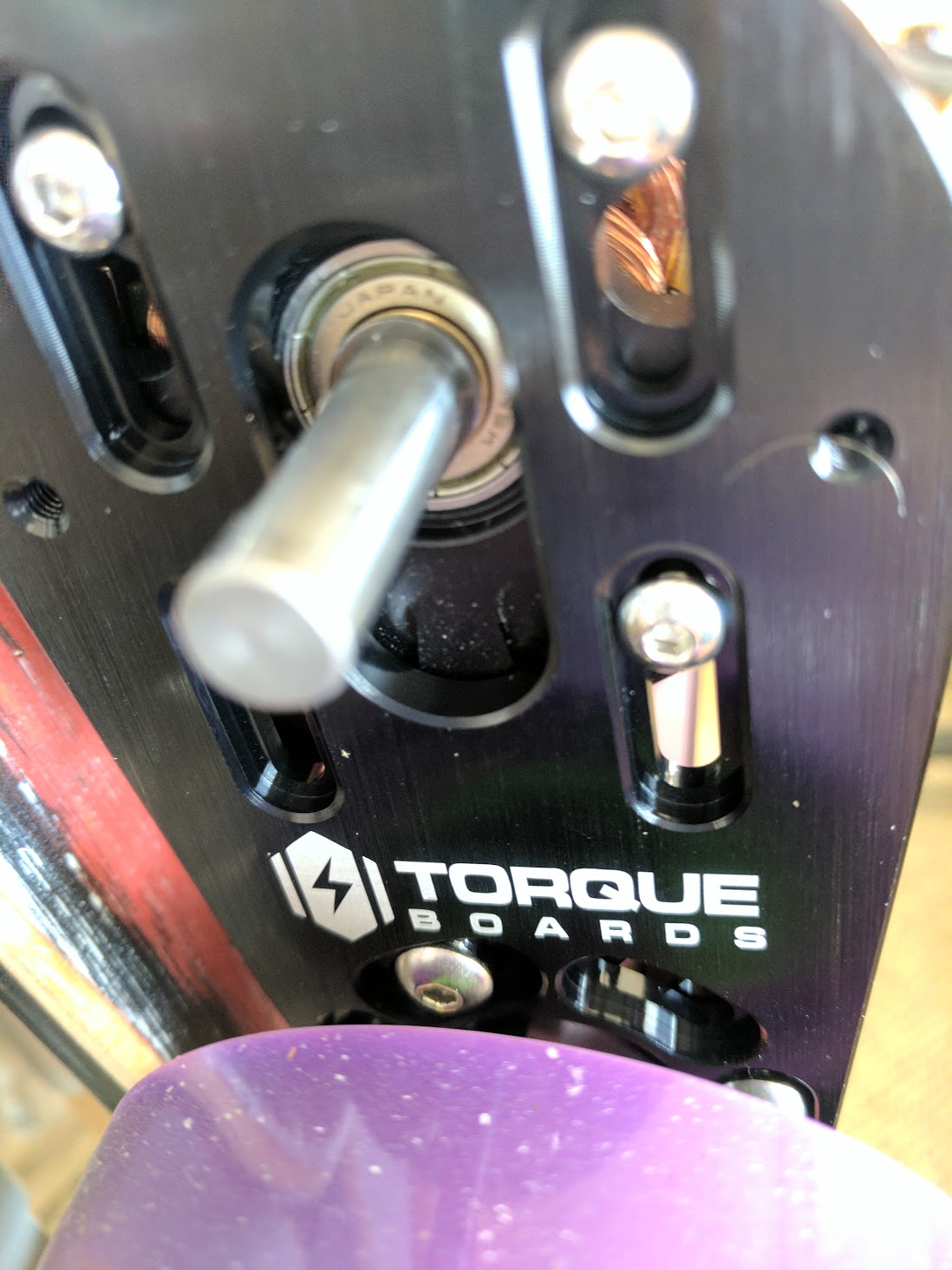 No, I am talking about the clamping portion. Flip it around so the open end of the clamp is facing the other direction on the truck hanger. It should give you the adjustment you need. Might also need some truck risers to give the motors a little more clearance.

No, I am talking about the clamping portion. Flip it around so the open end of the clamp is facing the other direction on the truck hanger. It should give you the adjustment you need. Might also need some truck risers to give the motors a little more clearance.

Oh I get what you’re saying. I’ll give that a shot, thanks. Also for the clearance I’m hoping to get some big off road tires on there… I was thinking some > 100mm. Just not finding what I want yet.

Or you can rise your motor by cutting the deck a bit, like @Randyc1 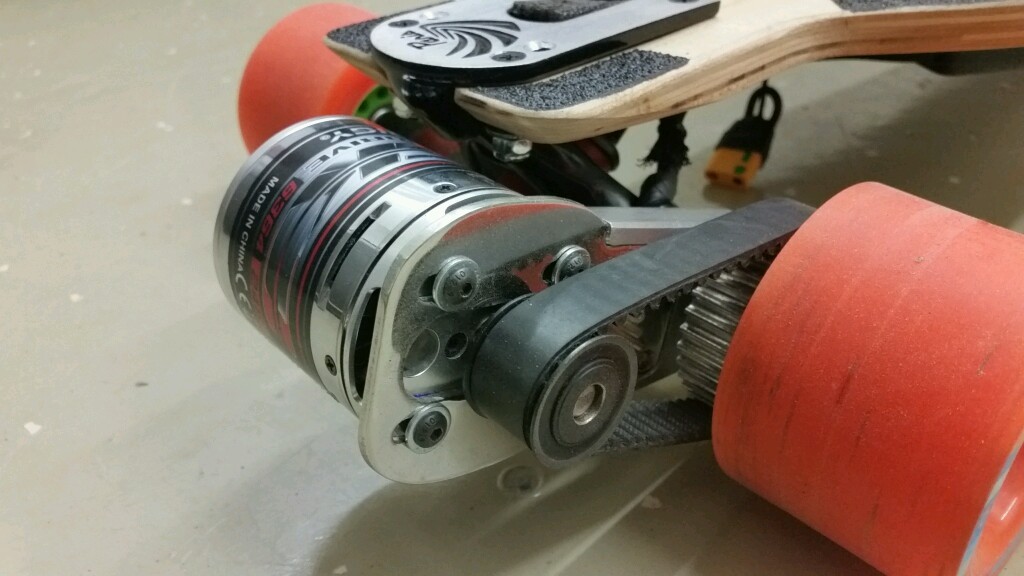 I put these wheels on my Raptor. They work awesome. They eat everything they roll over. https://endless-sphere.com/forums/viewtopic.php?f=35&t=72736

Ollin Board finally delivers. Got their strings crossed and their shipping too but the VESC finally got here and a sweet shirt to make up for it… Man those VESC are huge. 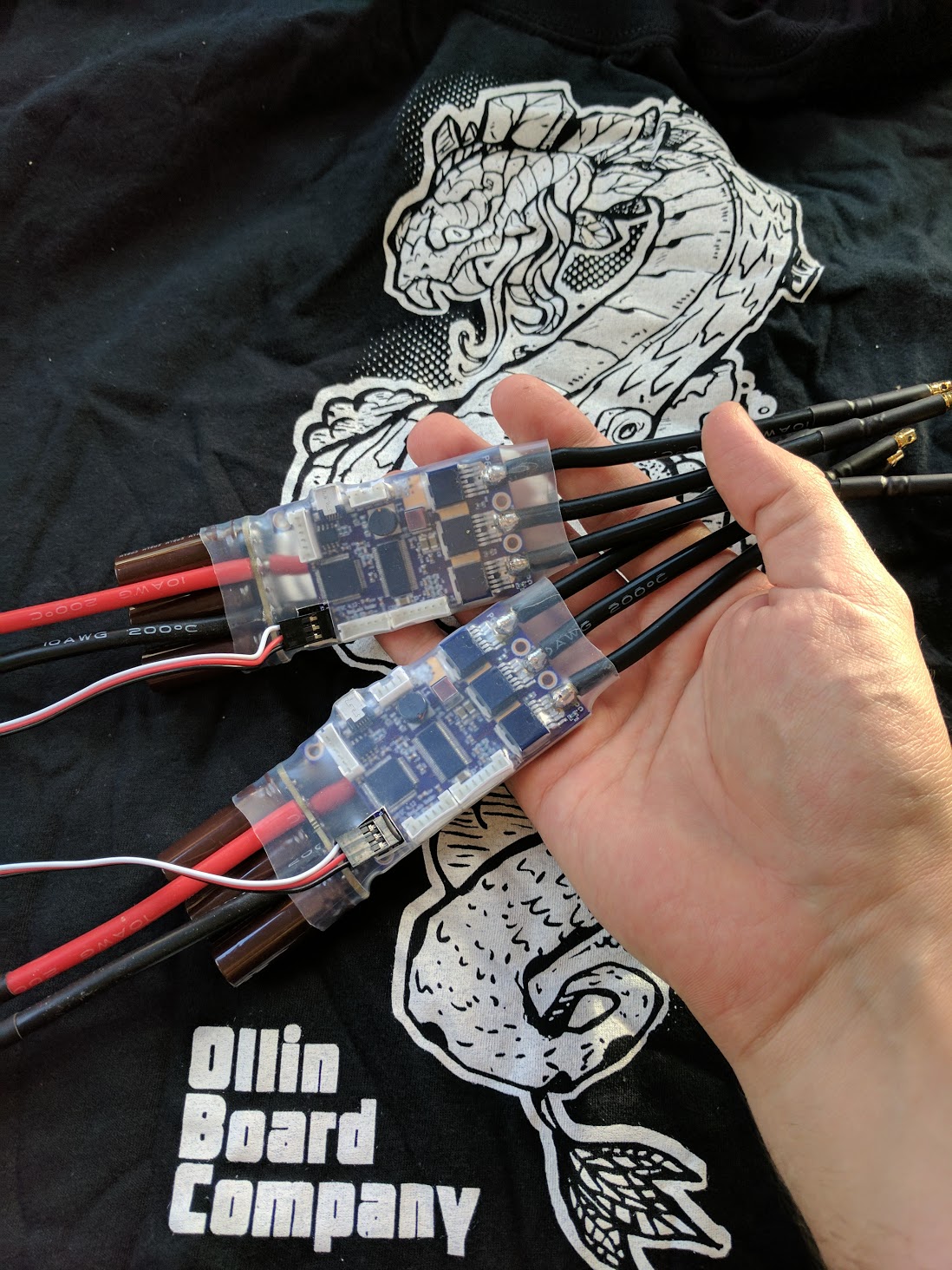 So far I fond these on AliExpress… Though they won’t fit, it looks like my max size is 180mm. 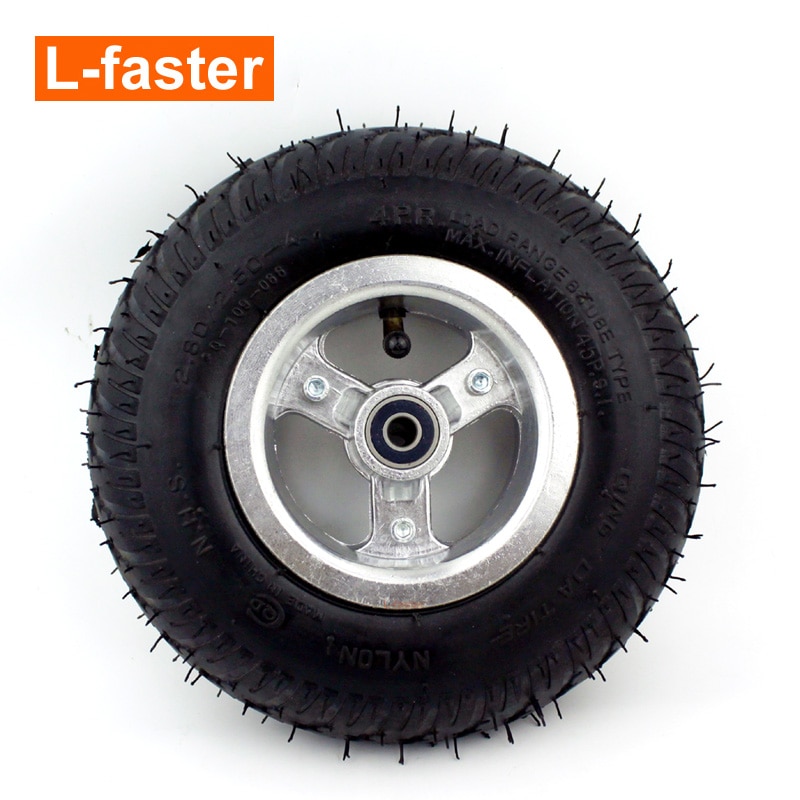 So I just posted a separate thread…

Turns out the XT-90 on one of the VESC is backwards… @chaka dropped a comment there stating that these were tested pre-solder which makes me feel better.

Stick with the kegels

Correction to my initial post. I miss-measured. It looks like the biggest I’d fit is 160mm or 6" and change. Still though this is the style tire I am looking for.