So it’s been a while since I had finally come up with a solution for my electronics enclosure that would suit all my needs.

Here is the original post I did about it when it was brand new on the board.

I didn’t know it then, but I know now. The material is very high quality industrial grade fibreglass netting with a silicon layer, which gives it it’s water, dirt and what not repellent properties. 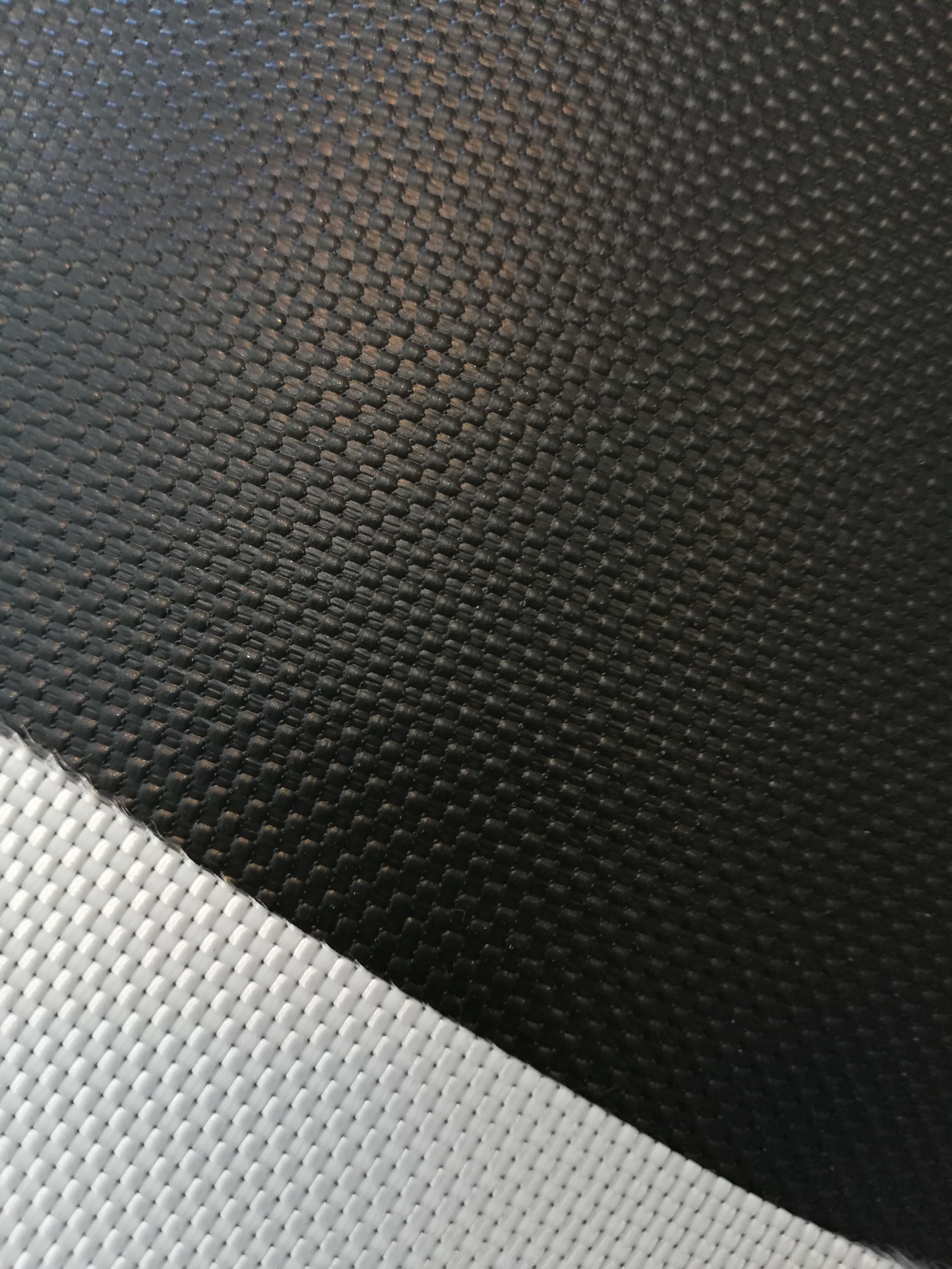 . The Black side of the Material has the silicon layer and the white one does not.

Yesterday I had to open it up, because I forgot to make a VESC Connection available through the cover and I needed to change some settings. When I opened it up I was actually quite surprised. Here is why: It’s been a few month now with this enclosure. Add first I was very carefull, because I didnt know how it would put up with wet roads, dust, stones flying arround and such. The truth is I wasnt really careful for a long time. I started to drive in nasty weather situations with wet and dirty roads (sometimes during the rain). So yesterday when I opened it up there was simply nothing at all. No dust. No residue. No signs that water had come in. Here is how it looks like after all this use: 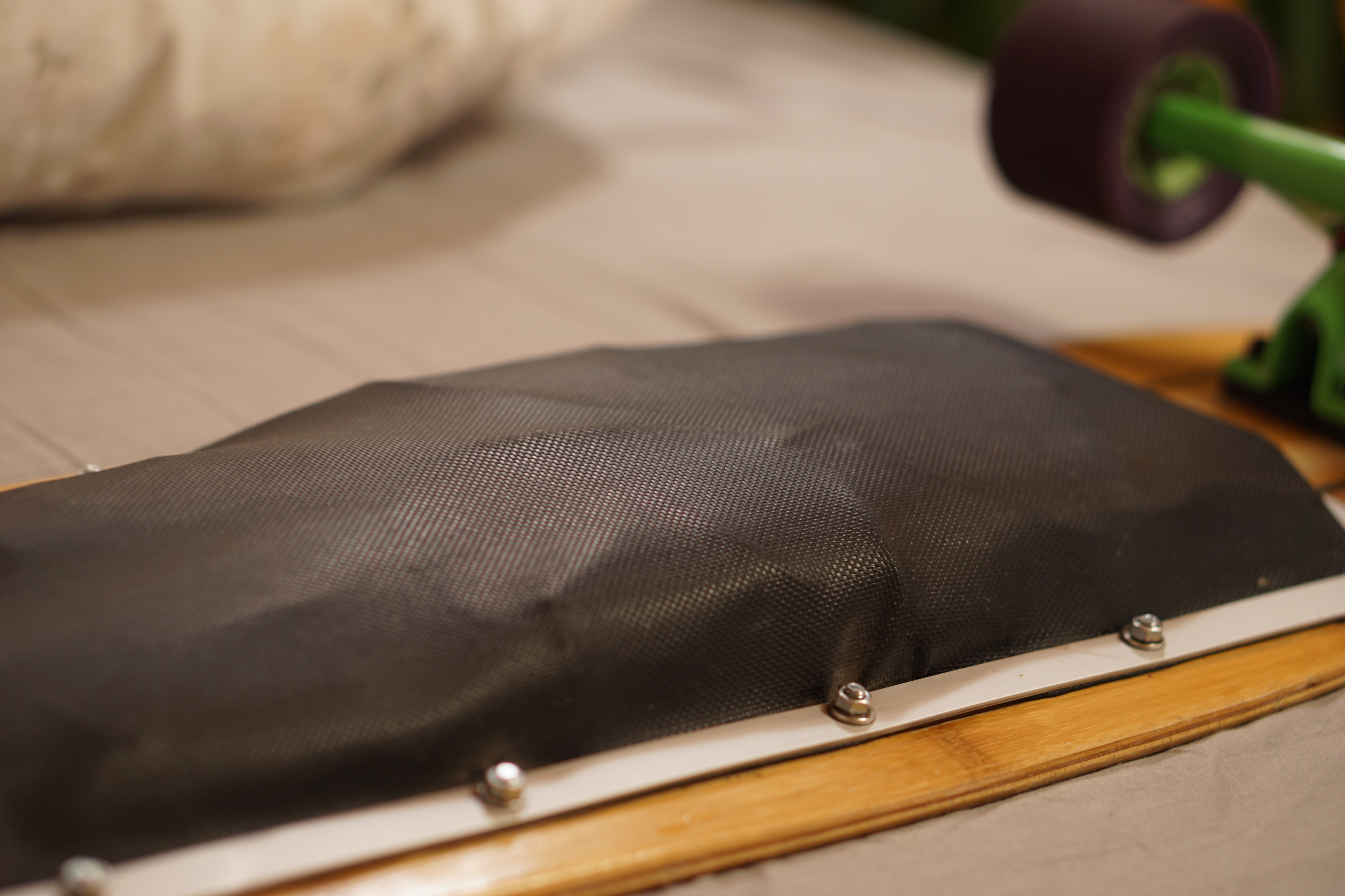 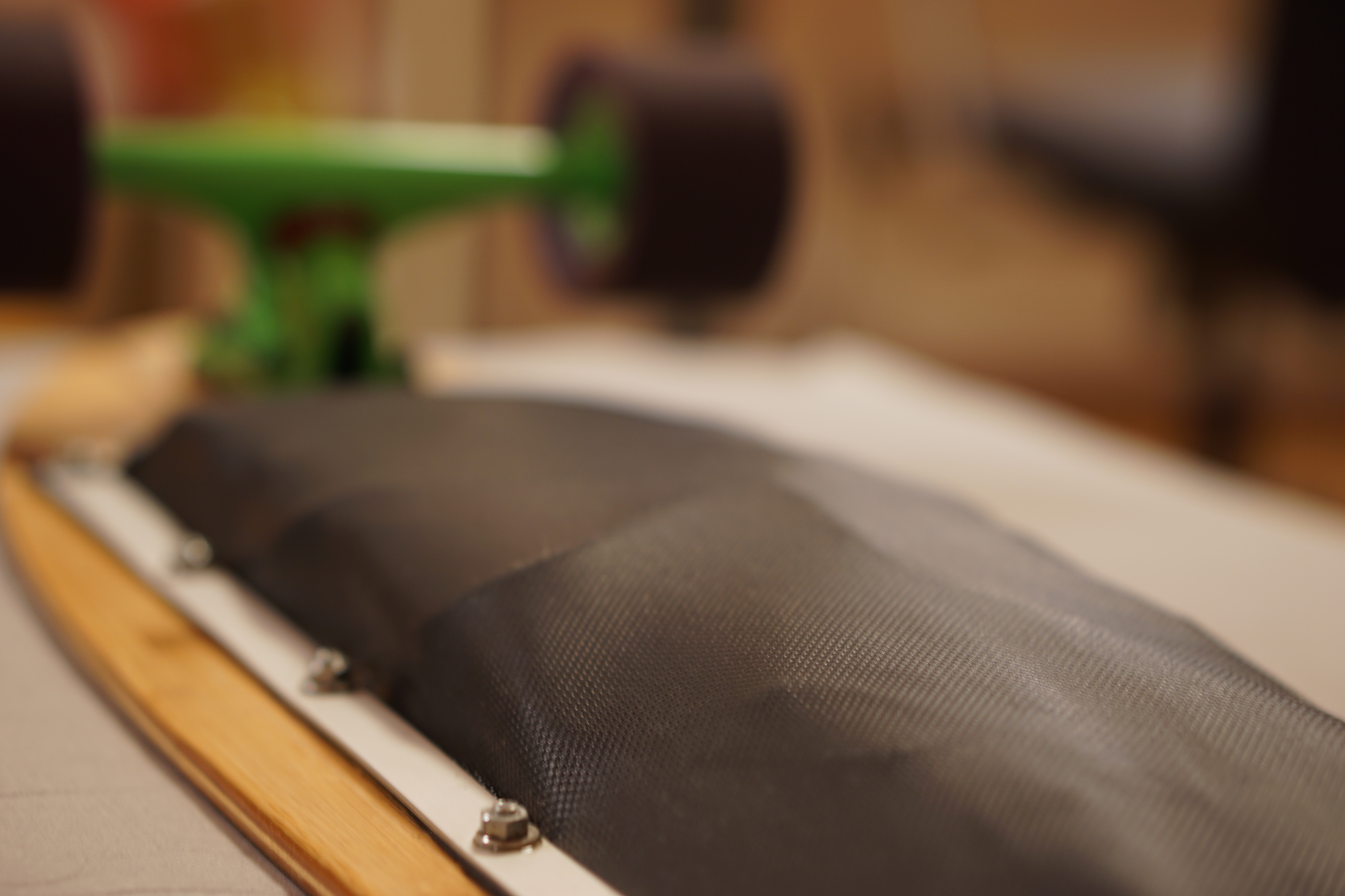 Just like it did when it was brand new on the board.The way I mounted it could be improved though. I got some ideas there.

I understand this solution might not be for everyone. But for me as a beginner it was perfect. You adjust it easily into whatever size you need. It’s flexible and thin. You don’t have to worry about what the ultimate height of your batteries with cables is going to be and so on. And making an enclosure from scratch by myself was not an option for me either really. Of course its a soft and thin cover that lies close to your components, but to this day it does not have any scratches or signs that would suggest something touched the cover other than dirt and water. Also a box might get scratched way easier. If the material is strapped tightly enough over the components with a little space in between it will keep your electronics very safe. But in the end that depends on the way it’s mounted and ultimately on how and where you drive

. For me the biggest selling point though was that I was able to keep the flex in my board without worrying about the enclosure breaking or having to split up my electronics in two sections.

So I was wondering if anyone would be interested in trying this out or if anyone could use some of the material. I have already sent @dg798 a piece and he seemed to be very happy about it.

Just make it clear. I am not looking to make profits here. dg798 simply just had to pay for shipping and thats it. I had this material lying arround and didnt know what to do with it, but since its also the perfect cover for keeping wood dry outside, I got more recently . I have not done the math yet as to how much it would be per m^2, but not expensive at all. So if you guys are interested just let me know below and we will see. Ultimately this forum has done a lot for me and I would like to give something back!

That’s a cool idea! Unfortunately my battery isn’t flexy at all

Considering people are using velcro bands to store massive lipo’s under the deck with no covering I think your solution is excellent. Not my style but plus one for thinking outside the box (literally).

What a great concept. The obvious downside would be impact damage but still novel idea.

I probably won’t use this under my boards. But for a top mount eMTB this might be better than a box in between your legs.

How much for 30 inches long and 8 inches wide? In USA

Also where do you buy this from

@dareno True, but that always depends on how and where you ride. I have never been in any situation with my board where that would have been a problem. It’s true though I could imagine scenarios where that could turn out to be a problem. I am currently thinking about how to fortify it, without compromising the flexibilty. I got some ideas there

I will sort that out tonight or tomorrow

Brilliant idea! Bravo! – I will direct all the price conscious hagglers to you.

I am not looking to make profits here.

Brilliant idea! Bravo! – I will direct all the price conscious hagglers to you

Dude if you use this forum as a market place please don’t be surprised when it acts like one.

Jeeez I just wanna see what kind of ideas other people get with this material and how they use it, cause I think its great. Not trying to build a business here

I think it’s super cool too!

You gonna do anything for a “more durable” outer shell

I think its pretty damn durable Do you mean like “impact resistant”?

Yes I think that’s what people are saying. Looks good