I’ve been mountiainboarding for around 13 years, competing in UK comps for the last 10 years (mainly BoarderX racing but I also dabble in a bit of freestlye now and again) so I already have a decent mountainboard; Trampa HolyPro. I also founded a competitive mountainboarding team known as the NEAT Boarders (North East All Terrain Boarders) which is now one of the bigger UK teams. (Founded in North East England, but now an international team). I was thinking of getting an extra complete mountainboard for going electric, but then started thinking how and when I’d use it; my main uses will be to get to and from drone flying spots, and to and from mountainboarding spots. I can easily carry drone gear whilst riding, but maybe not so much with carrying a 2nd mountainboard! So, I want to make a detachable electric system that I can remove when I want to ride the hills/tracks/jumps of local mountainboarding spots. (Similar concept to @janpom’s plans, build thread here; https://www.electric-skateboard.builders/t/velcro-board-mbs-core-94-idea-ats-mounts-single-sk3-149kv-12s-lipo-escape/49909?u=andybigd)

So for the purposes of this thread I’ve named my setup the NEAT Board, which in this circumstance will stand for Nonpermanent Electric All Terrain Boad. I also hope to make it as neat as possible

Batteries & ESCs & Rx etc will all be in the one central case, which will be easily removable from the deck. Direct Drive + Motors will be bought with a new Hanger, so I can swap out the whole hanger to an un-powered one.

I’ve already got the motors, batteries, Tx/Rx, cables & connectors on order, and signed up to the ESCape group buy. I just need to speak to @nowind and sort out an order for the Direct Drive. I was contemplating the FatBoy Inner Gear Direct Drive (beautifully simple design @ a great price), but a completely sealed drivetrain with the ability to change wheels without deflating tyres is just too perfect of a design not to get.

So… I’m immensely looking forward to starting this build and will most likely have many questions when it comes to ESC software setup. 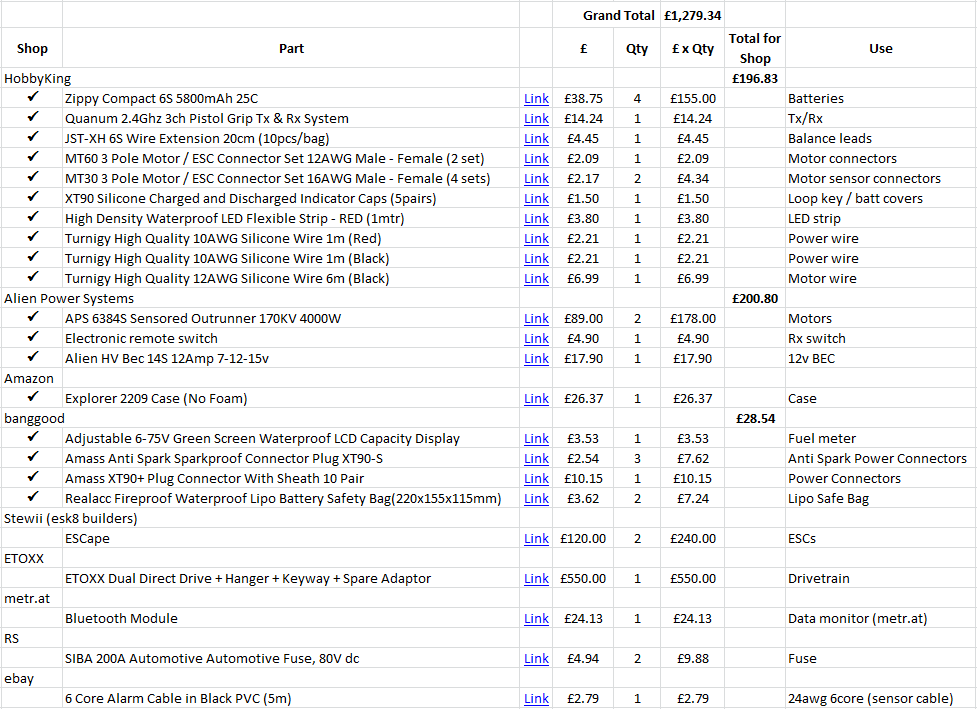 And my own calculator: 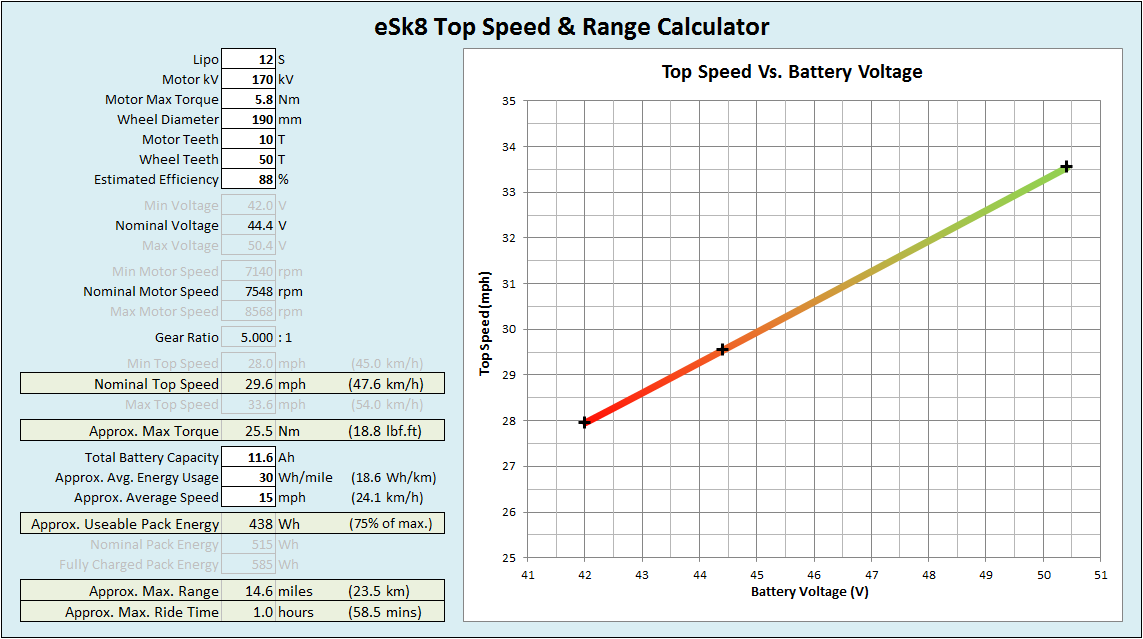 The ESC does not seem well either. on 12S you could draw 30a so it will be toast…

I always recommend a vesc derivative.

I am getting a VESC derivative… @stewii’s new HW6.4 based ESCape

so what’s the potential issue with the quanum remote? Seems to be Trampa’s default with all their kit?

Seems to be Trampa’s default with all their kit?

Damn…thats a shame. This remote has some Connection issues… Mostly at binding but it is always a hassle.

Oh well. I’ll see how I get on with it through initial set-ups and at least I now have a recommendation for an upgrade if I need it. Thanks

The acronym is pretty neat!

Like the “Motors” in your test hook up concept board

Yeah thats true if you go with the regular Direct Drive, you can change Wheels with extra Hubadapters easy front front to back. Or dismount them for whatever… or carry a spare tire with you without the need of a pump.

By next week i should have all back in stock… just PM or email me.

or carry a spare tire with you without the need of a pump.

Now i got IT

Thought it was another placeholder for your BAttery

Yeah I forgot to list that, I already have a decent one. I’ll be charging as 4x 6S batteries in parallel using my trusty iSDT SC-620. It can put out 500W and is tiny, simple, easy to use and was very reasonably priced. I would highly recommend it to anyone. Here it is in my drone field charging setup; 1st batch of parts are in… Batteries are a nice fit in the box with room for the 2 ESCapes mounted upright on the back wall. And the box is perfectly sized for the board: Damn. Expect Connection issues while binding with this remote!

Post your package today… Get an Tracking ID later

Love your story and build idea! Great to have another experienced mountainboarder here too! Looking forward to following this build.