Uses rare prototype sharkwheels in 80mm that they dont sell, snowboard bindings, and a cool pop in-and-out drone battery. A guy made these and sent me the pics. I used to skate a lot. he wants 2 more motors for the other. way overpowered.

That’s wild. Looks like it’s ready to dump you on your ass, but pretty interesting build. Needs a wheelie bar and a longer wheelbase.

Love it. I have a inline skateboard lying around, I know what my next project is going to be. 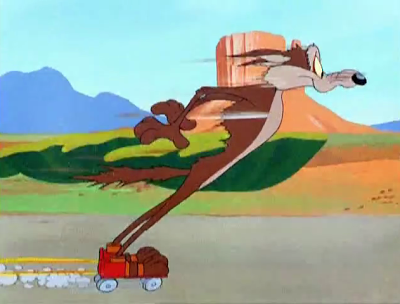 Lean forward, ask me how I know… 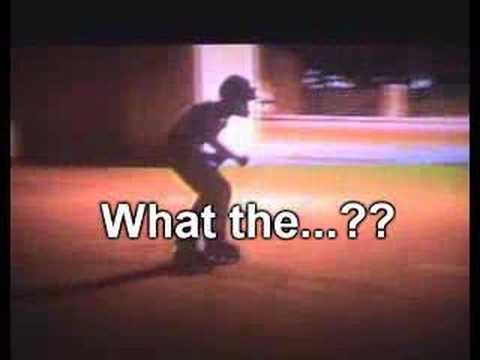 image.jpeg2611×1958 2.83 MB
Are u one of those people in the video pylonflier With the skates?! Maybe u poured those wheels? I bought one of those inline boards with two caster wheels for kids. Pretty fun. I want to try the board where the axle is a long hoop and it holds a couple wheels all parallel. Don’t think I’d want either powered but haven’t tried that

I was the inventor and engineer you see plugging stuff in. I told Joe the physics were wrong with that much power, but he wanted ACME skates. I made a set up for myself on correct center of gravity and it worked great. But, I didn’t crash so the video is a bit more boring.

I’m the designer and builder of these guys. I haven’t got 'em going yet, but I’m getting closer. Just need to make a couple of axle spacers that go between the motors and the skate truck. Then some electronic work and they’ll be ready,

One doesn’t need two powered skates to ride, and four motors, probably, would be overpowered, but I think both skates should be. Very useful to be able to skate right and left directions with power. It’s a skate thing, lol.

I like Hummie’s idea of a single motor, asymmetrical mounting. I think that would be ideal for these skates. We’ll see what kind of motors I can come up with in the future, but for right now, those steel hubs sure do fit well.

Anyway, thanks for looking and sure will keep ya posted.

WHAT IS WITH THE WHEELS??? ARE THEY ROUND OR NOT???

Love your project, that’s neat build around quads. What battery do you use? Keep going! Any video? I would like to see how it works, I need an exalted orb if you have exalted orbs to give it to me because I really need them. Want to buy Exalted Orbs? The cheapest are here https://odealo.com/games/path-of-exile/harbinger-hardcore

The simplest gearing it looks like. Maybe .ost efficient. I like that design. No one does it though.

Lol the idea is fun but may add too much bulk on the side. A russian guy has made a similar contraption to your idea with very long frames and scooter wheels, all was running on a belt drive. Brakes and corners where a no-go, the quads shown here would simply perform better.

If I had a belt id want that. If I had that maybe I’d want a belt. A mount that had a solid gear connection at 90 degrees like that, who does that. Whats ur design these days @vanarian. I used to ride quads like a maniac downtown and back home back and forth all over. Jamming wheels together to brake. I can go downhill a 5 degree maybe and ride pushing one quad into the other from the rear. Blades I can’t stop! I can end in a huge spin that’s terrifying. Quads w laces super loose, lowcut, is a fun way to get around the city. Slippers w wheels. I can kick them off. W no heel and pretend ur just walking. grocery shopping w carts or not late at night Ill be doing again

@ Vanarian, I’ve been wanting to talk to you for a long time. Just can’t seem to get back on Endless Sphere anymore. Something about it cannot find my username or email address properly. I read all your threads when I was on there before about you building your skates. You were a real inspiration and gave me a lot of incentive to build my skates.

Anyway sure good to finally talk to ya.

@skslingo21 The wheels are Shark Wheels. They roll really good They’re fast! They look square but they’re not. I’ve enough work getting these going without riding on square wheel. lol Shark Wheels are really cool though. The 75 mm and 80 mm are going to be out, maybe, end of this year. I got 80 mm on mine but just happen to get 2 sets of prototype wheels. Right place at the right time.They make 70 mm now for skateboards. Ya ought to check 'em out.

the only bulk on the side is just the motor and gear! you can fit a bunch of cells under your feet too, and if they are staggared they wouldnt add too much height, maybe an inch above the center of the wheel.

Man, this is too much honor ! I’m glad I was able to help you somewhat and that you found inspiration in my work. Nice to talk you to ya too, if you visit France don’t hesitate to send a message we can try to meet and get a drink or/and ride them skates.

I look forward to see your quads roll btw. Didn’t imagined that the DJI batteries could provide enough power, that’s a good call.

@Hummie That’s the feeling, it never grows old right ? Well I went pretty long way from last time I did post on E-S, sorry for lack of updates. I suck at communication when I do something ! I’ve randomly shot short vids during build and all but never linked them to upload, silly me.

If you can wait next week I’ll gladly show you how my design went.

I reduced my hubs rim cage a lot, smaller size bearings too (72mm ones were simply too big despite strength and only compatible with 125mm wheels). I can squeeze them 50mm in 80mm wheels if required. It is pretty good as far as structural strength and slim profile go, love the look too. The rims give good air flow decompression. I simply want to add waterproof/dustproof directly inside the motors to keep the airflow. This is still work in progress.

I killed the added height between frame and boot, now it is just like standard frames. New frame design allows to save all the wheels ! I focused on the 3x3 wheels setups because it is really fun. Tried it in Barcelona quickly with Flying Eagle skates, way lighter and more agile than my Doop Freestyle, which are already centuries better than my old Roces M12.

The batteries soles give me a hard time because I grew lazy on them haha That’s also because I’m squeezing a lot inside apart from the cells ; I’ve done solderless sturdy slim packs for my batteries, I’m testing the Tesla style single cell-fuse with my LG HB2 too. I also got to test many connectors. And everything is supposed to remain very compact so when I corner or slide I don’t scratch the box if I don’t fall.

ESC boxe is also giving me a good fight, my VESC are the ones from Rogier Wolff “rew” and damn they’re big. I got lot of cooling and arduino to fit inside too because I’m testing lot of stuff currently. My wife is very keen on this point, she accepted to bear with all my gadgets invading the living room. I’ll give you more details next week promise.