After riding the raptor 2 hubs on 12S (up from 10S originally) and prolly harder than I should I noticed that the hanger was to hot to touch. This was only after like 10minutes of riding and up some not to steep hills of 1-2km. I have the Motor amps set at 60A and battery at 40A running sensored FOC with escape and a 12S4P samsung 30Q battery.

I then decided that I had to make a custom hanger with more alu, bigger cooling fins for increased surface area and bigger area towards the hubs to absorb heat from the hubs better. I designed and milled these over the last two days. I’m new to cnc machining so it’s a rough prototype with some machining errors that I’ll sort out later. Also I don’t know much about hangers/skating in general so if you see anything stupid don’t hesitate to tell me cause I prolly don’t know that I do something stupid

Any helpful design tips is also welcome. I’m guessing that if this design can be improved further it can cope with more amps

These images are done approx 15-20 minutes after riding. The ones with custom trucks where taken 12-13 minutes after riding and that was after riding a lot harder. The shots on the stock trucks was after consuming 58Wh and the custom ones I consumed 89Wh and had much more full throttle pulls. It does look like it helped a lot and I noticed it very good when riding that I can now touch the truck without burning my hands but with the stock I couldn’t hold it comfortably.

The last shot of the motor at 63°C is after going uphill hard on the throttle for the third time on the same hill. After doing that hill two times with stock hanger I couldn’t hold the truck. Now the hanger is warm like the motor but it doesn’t show on the thermal images as I forgot to bring tape and alu is reflecting to much throwing the camera off ^^ 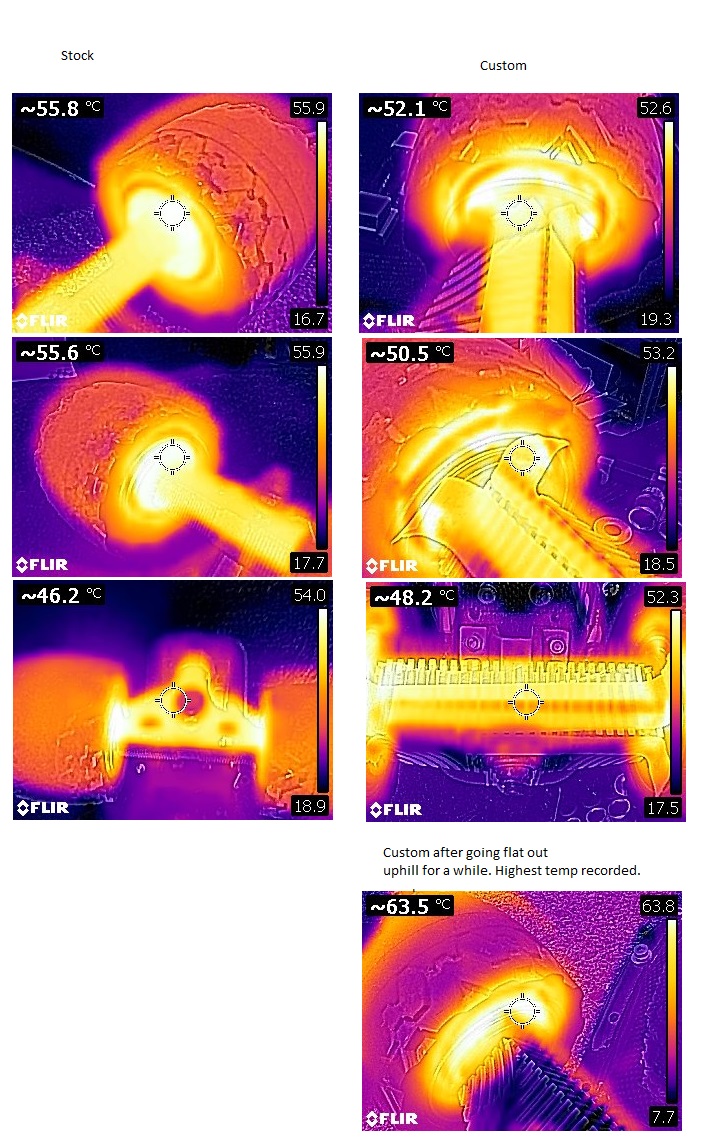 And some pictures of the hanger 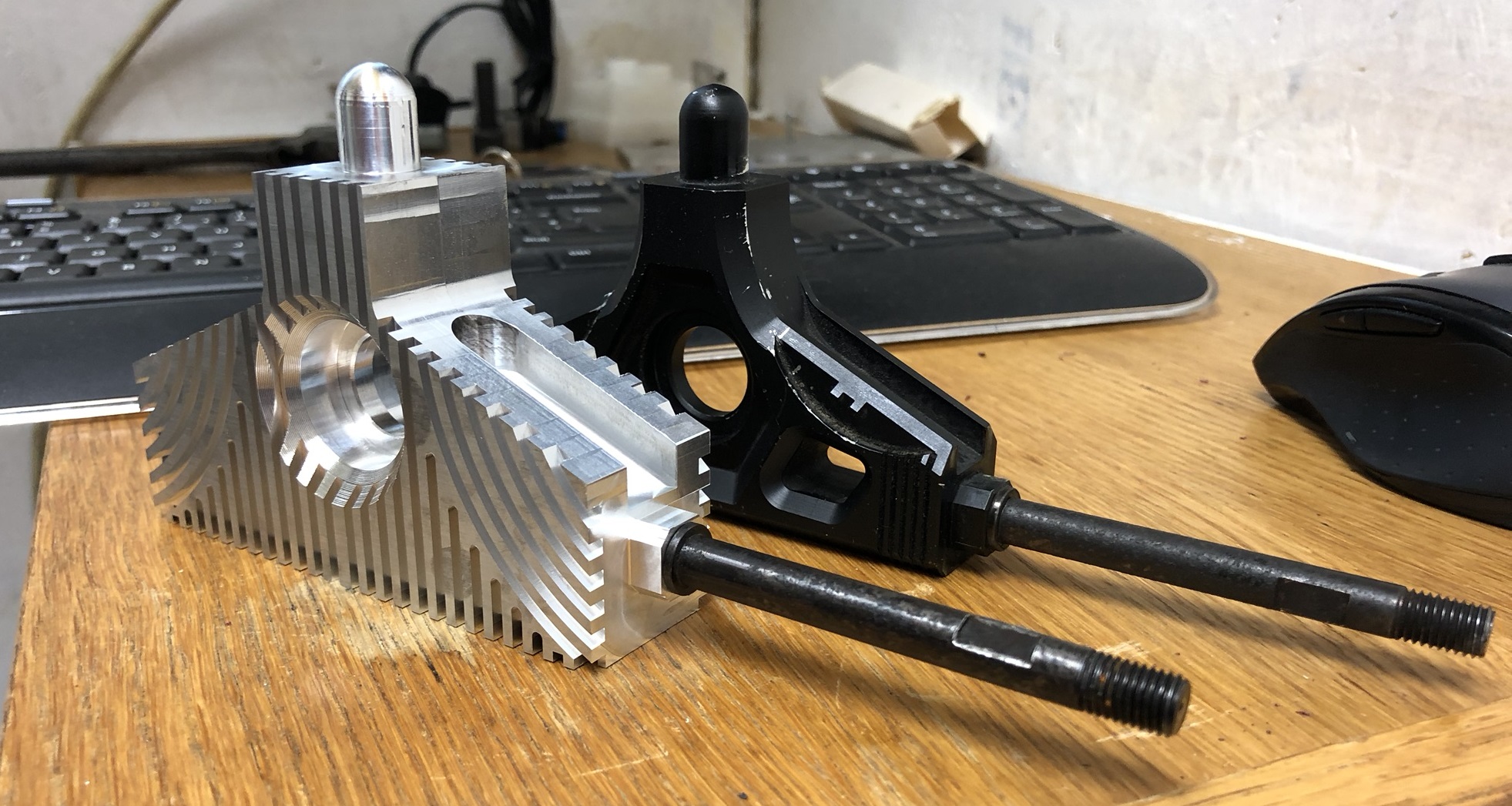 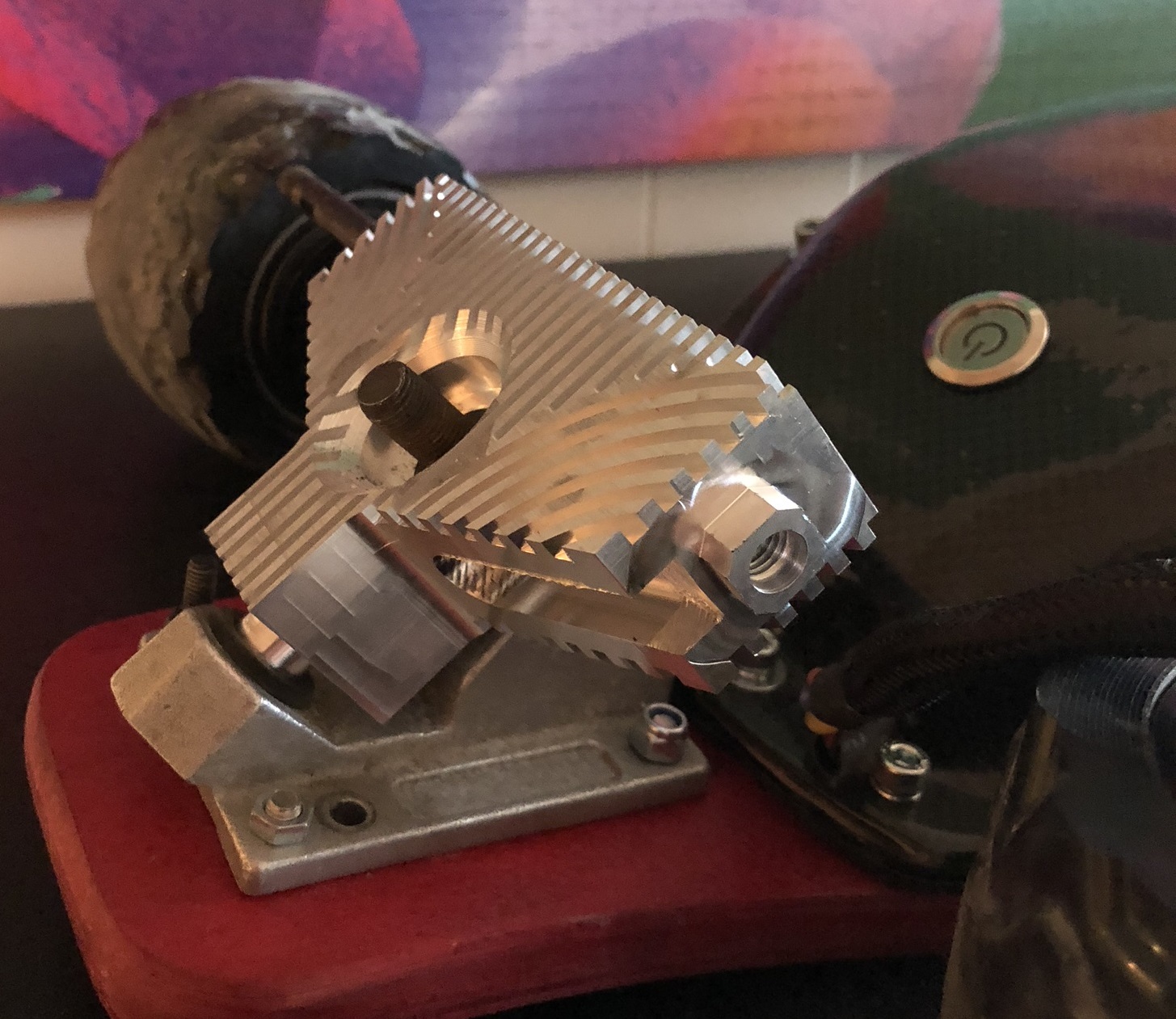 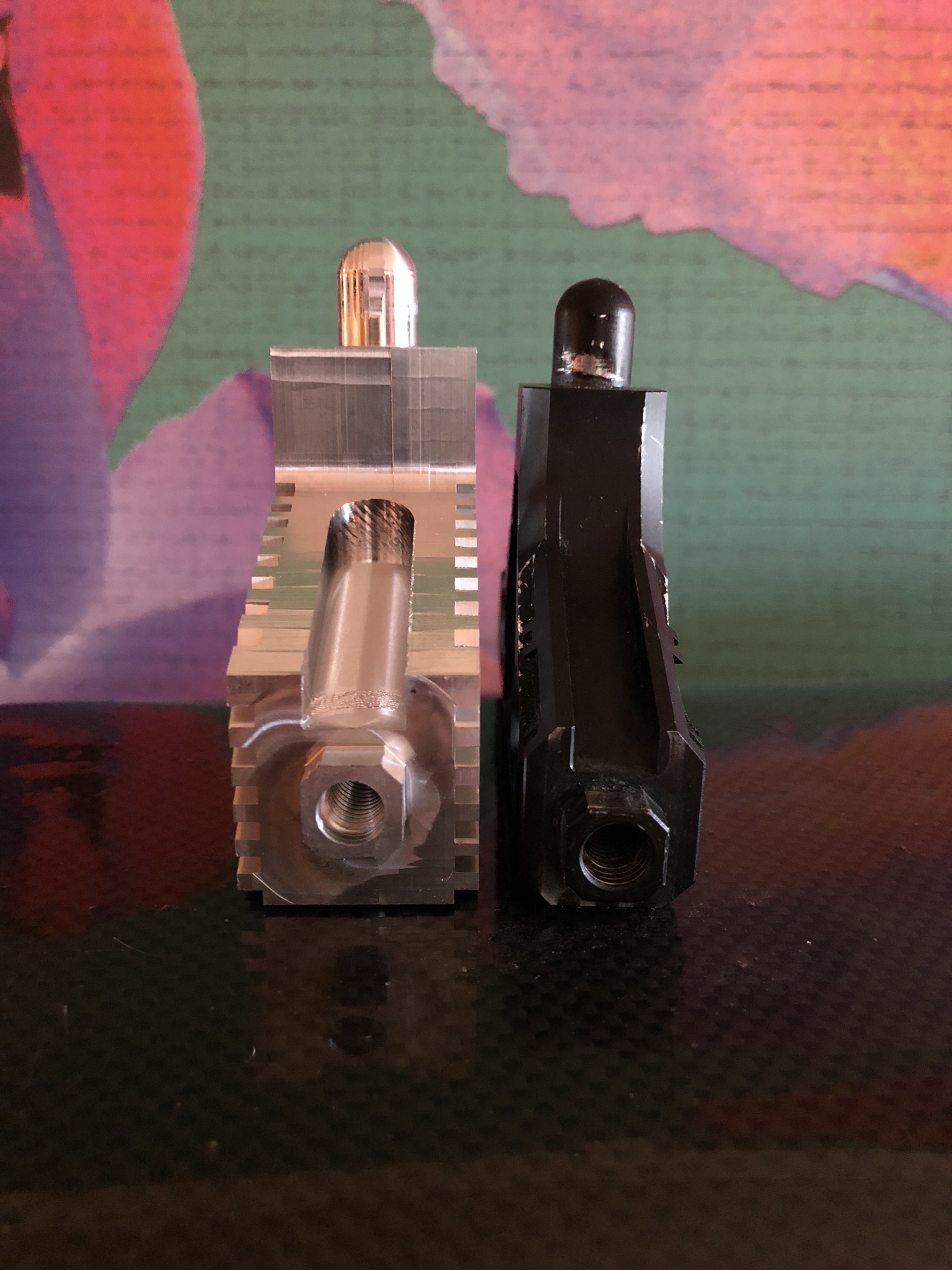 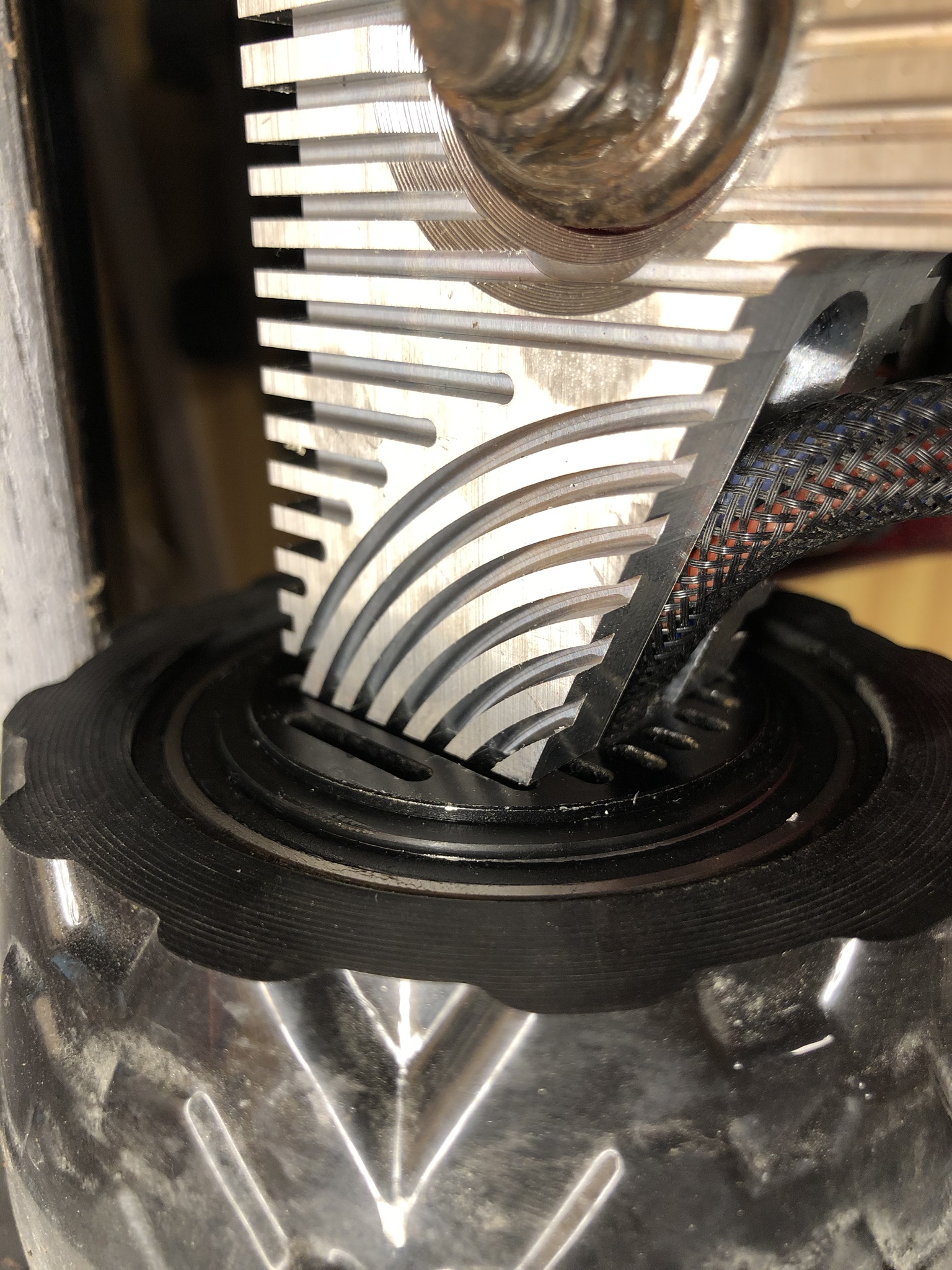 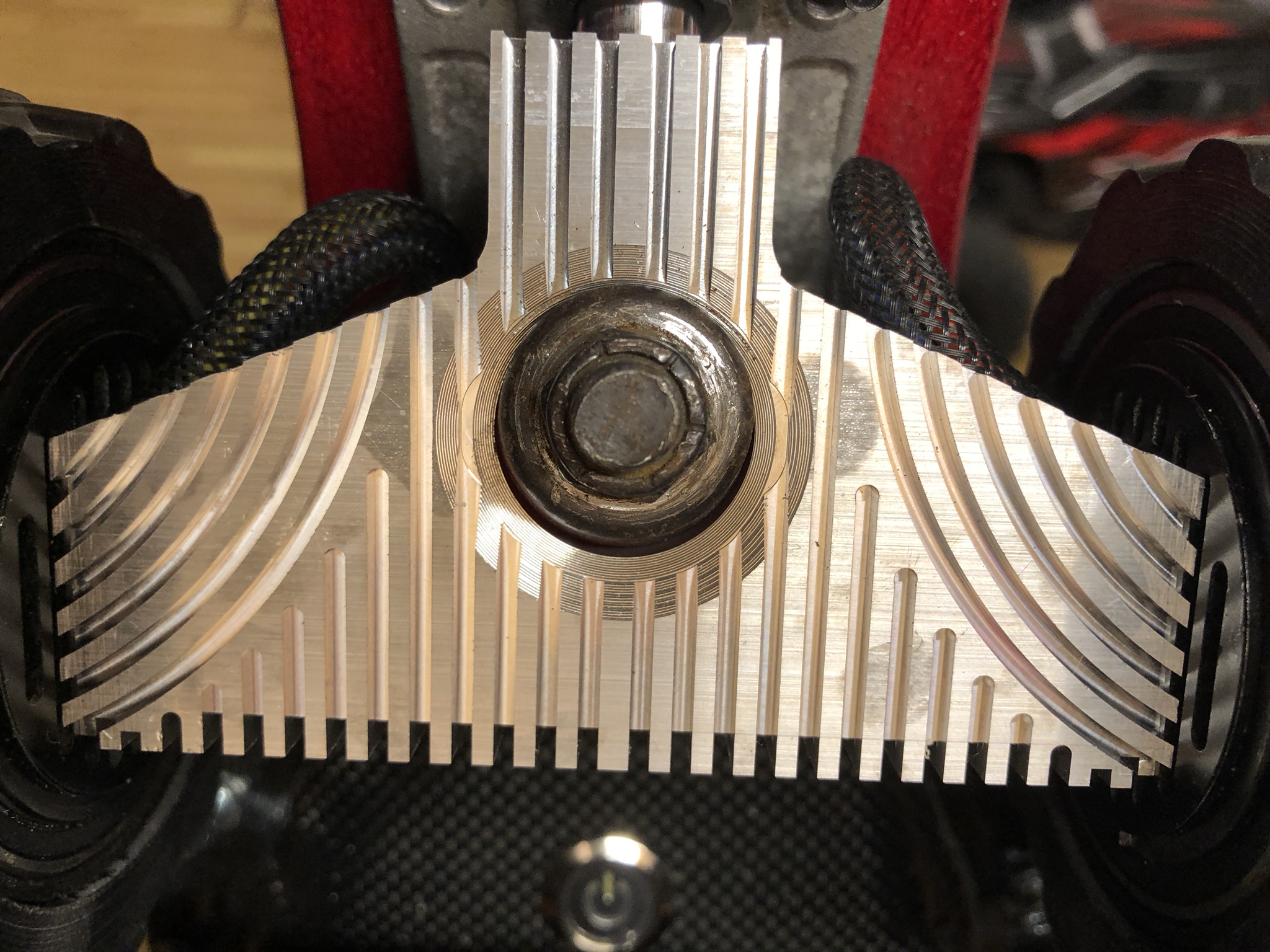 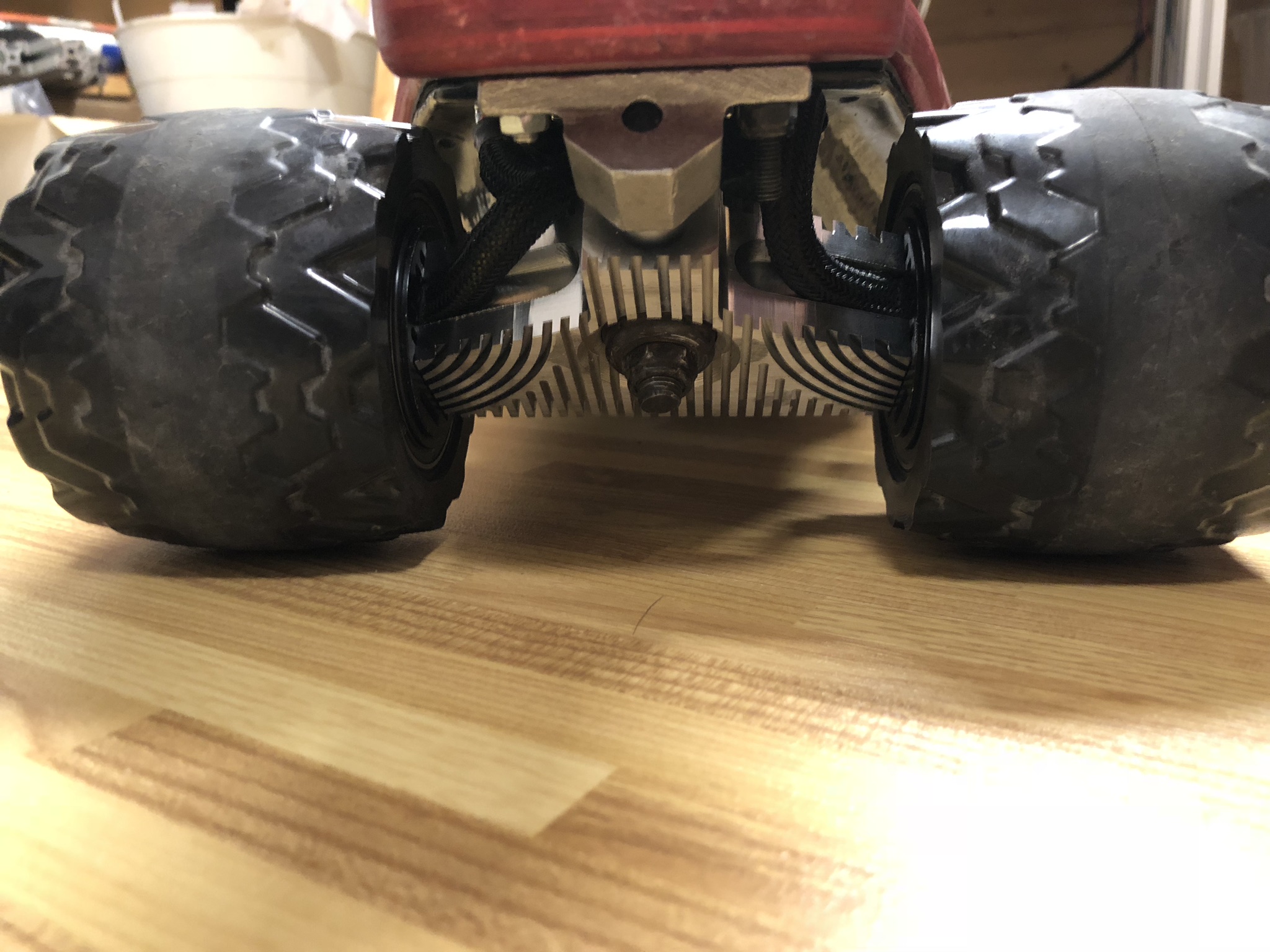 And for the geeks some shots of the machining: 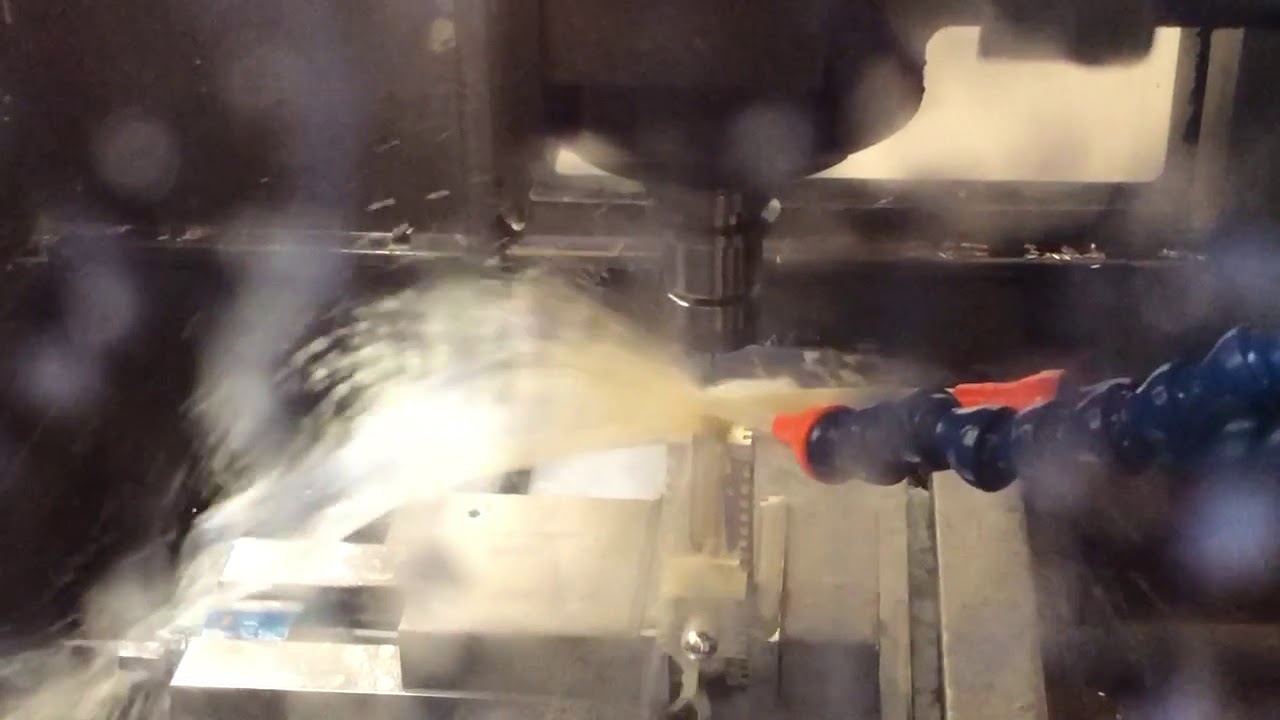 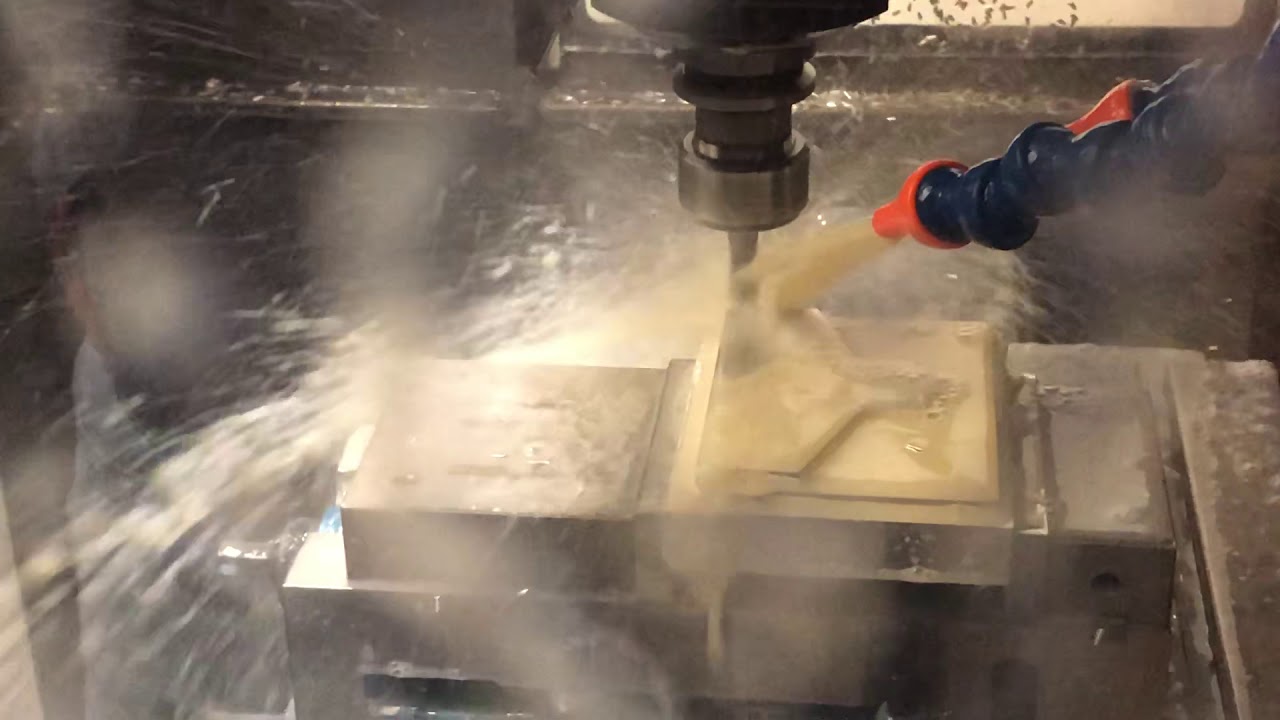 Do you have this for sale

They look so fucking beefy! I love em!

No not yet at least. Need more testing to see if it works good and maybe someone comes with good tips in this thread on how to improve it even further for better heat transfer/removal so we can push more amps through these beasts

I don’t have anodizing equipment either so they need to be painted or anodized by someone that can do that else they won’t hold up to water and dirt.

Not new to machining though, I bet you have many years experience, it very much shows

Very nice to look at, did it lower the thermal mass much

Hard to tell. It’s not a very scientific test but it looks like it works. I would love to take the idea further and make it even better so I can increase motor amps even more

I think it’s even more since I measured this with shorter time than last time and that I pushed way harder. First time I only did two pulls up that hill and now I did 3 pulls. And I hit 51km/h vs 42 last time + generally harder riding.

Axle is 4130 chromolyCopper sleeve for the temp bushing mock-up using 150mm bushing hardware. The machined parts look like this but with a longer profile. Will post a proper pic tonight after the day job.

Vesc has a temp sensor input among the hall sensor pins. Should be easy to cobble together (compared to hulking the hanger) and you’ll have numbers to compare. 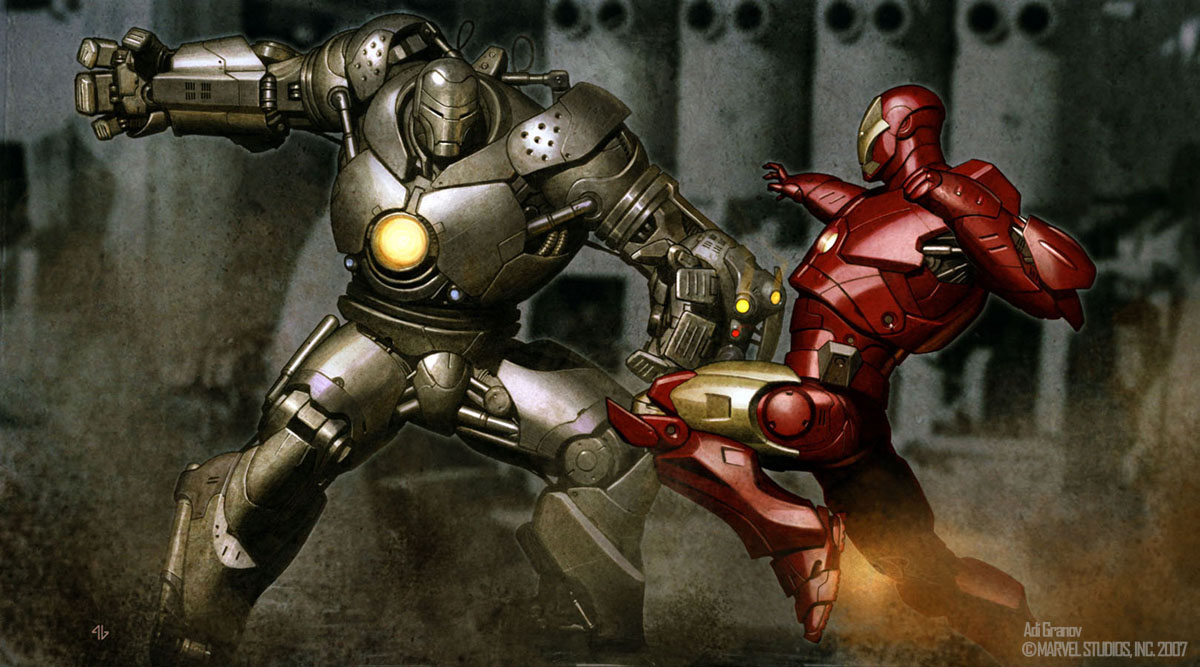 Good idea. Is there a go-to sensor I should get for that?

Lol u are obsessed

52 uphill? What does it do on a flat straight I wonder?

I gained 7 kph going to 12s on meepo hubs with focboxes on a straight flat.

hey man I am trying to make my build happen

I feel you dude

I think that was while going flat. With the current limits at 60motor amps I think 50km/h going uphill with a 100kg rider is mission impossible

I never tested it but this thing is quick. If the heat issue can be addressed I think it’s possible to increase it over 60 motor amps and get more action. I wonder what they state as a max limit for temperature on these motors.

Are the bearings in the motor good quality Japanese ones?

I hope @MoeStooge sees this thread. He seems like the kinda guy that would have pointers on what to do here

that tread was sick! I like the idea of copper to transfer the heat but I’m not sure on how to use this idea here since the axles are thin already so I can’t fit thinner axles to have a copper tube around them here.

Figure I better get this straightened up a bit. The “temp” part of the quote you posted is temporary

not temperature. Yeah those cooling fins have to help…