While The Anubis is being assembled over at @psychotiller’s, I’ve decided to take on a small commuter build to traverse the city and need to take public transportation. and I couldn’t pass up on the Battery + Enclosure deal from Jlabs in June so here I am

Since the majority of the materials are going to be sent within a few days, I decided to make this thread to note my progress.

The Aesthetics inspiration for this build is based on my favorite animal: Killer Whales 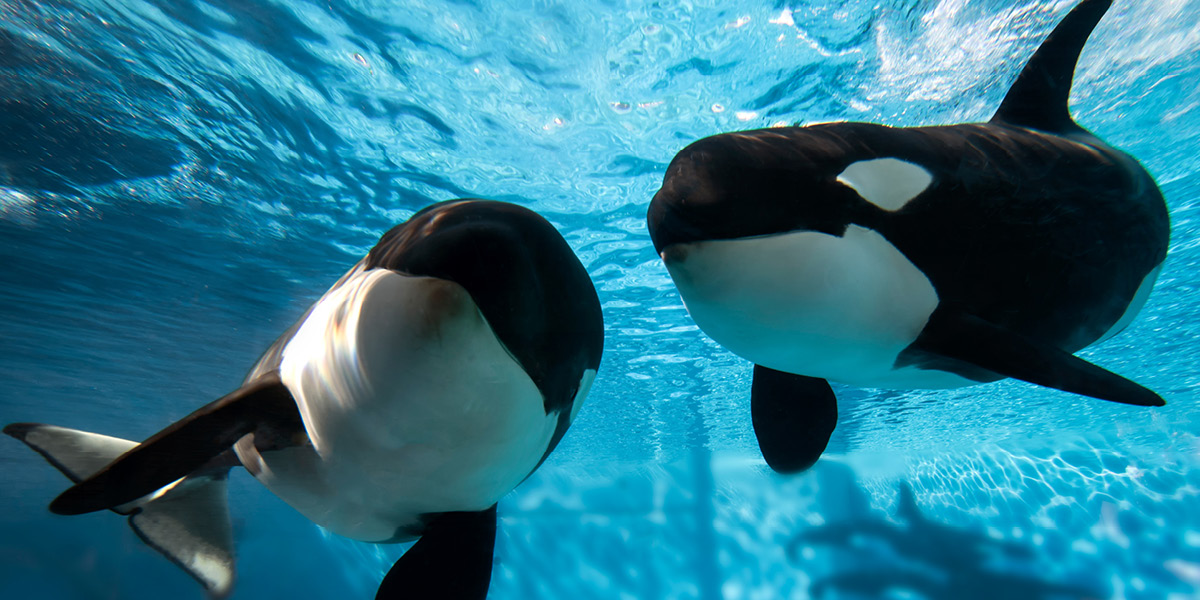 Here I will list out the parts being used and their price.

I bumped down efficiency to 85% as I believe 90 efficiency is a bit of a highball. With these stats, I should have more than enough range to commute in the city without the need to charge. The speed will allow me to match with NYC traffic if the need ever arrives, though I plan on limiting speed and acceleration via modes. Most Likely with 5-speed modes overall. Hopefully, I can do this via the Proton Control Panel. If not I can always do so via the METR app.

As much of a lazy bastard as I am, even I have to throw some elbow grease on something. For this build, I’m going to look into the Simple 3D-printed NRF remote and see if there’s anything I can add-on or improve. I’ll be working based off of @Zyb’s remote so a bit of my contribution will involve using the added Multi button. I also want to create custom “Remote Faces” for the remote’s OLED.

This section will be reserved for design progression and pictures. For right now I only have the color scheme down for the trucks and remote

For the Deck aesthetics, I’m currently in talks with redemberboards to work his sanding, painting magic. Hopefully, he says yes to request

The top of the deck will be Blackout Black like the Anubis while the sides and bottom are pure white. This is so it can mimic the look of an orca (hence the name).

Rather than use a Battery Capacity Meter, I’m going to let the Proton Control Panel Handle displaying battery life. I’m going to mount it on the back end of the board since I would only look at it during traffic stops and change modes when I’m off the board. In order to get the UART cable to the Master VESC, I’ll be drilling a hole in the middle of the trucks hole and route it using the Riptide Tunnel Riser.

In regards to the Griptape, I’m looking for alternative material. Right now I’m looking at the viable use of SeaDek Sheets and other Eva Foam Pads. I’m also looking into the new version of DKL Griptape.

Eventually (most likely in March) the Orca will be outfitted with the Focbox Unity but for now, I need to find a suitable intermediate VESC. For right now I’ve ordered a single Focbox and plan on using the Orca as a single drive until I order another one either the 15 of this month or October.

Does anyone have experience with using Eva Foam in substitute for grip tape? I’m trying to find a non-abrasive alternative that won’t fuck up my work clothes.

As for Acknowledgments, I’d like to thank everyone for putting up with my constant questions, particularly @Jinra and @JLabs

My motivation towards the Spud was triggered by @XTLA’s build and enhanced even more so by @Eboosted’s The Biohazard. Hopefully my build contributes something to somebody other than myself.

As the Parts roll in, I’ll be updating the thread with pictures and questions. Please don’t hold back any criticisms as I want the Orca to be the best that she can be. This will be a real learning experience.

Thanks for the kind words man, this is going to be one sick build!

You should consider a first nations word for orca.

The Tlingit word for killer whale is kéet. In Kwakiutl it is max'inux, from the verb max'i = to hunt In Haida it is ska'ana. In Inuit it is aaxlu or arluq. In Nootka it is qaqawun. In Chugach it is takxukuak.

They are magnificent animals. 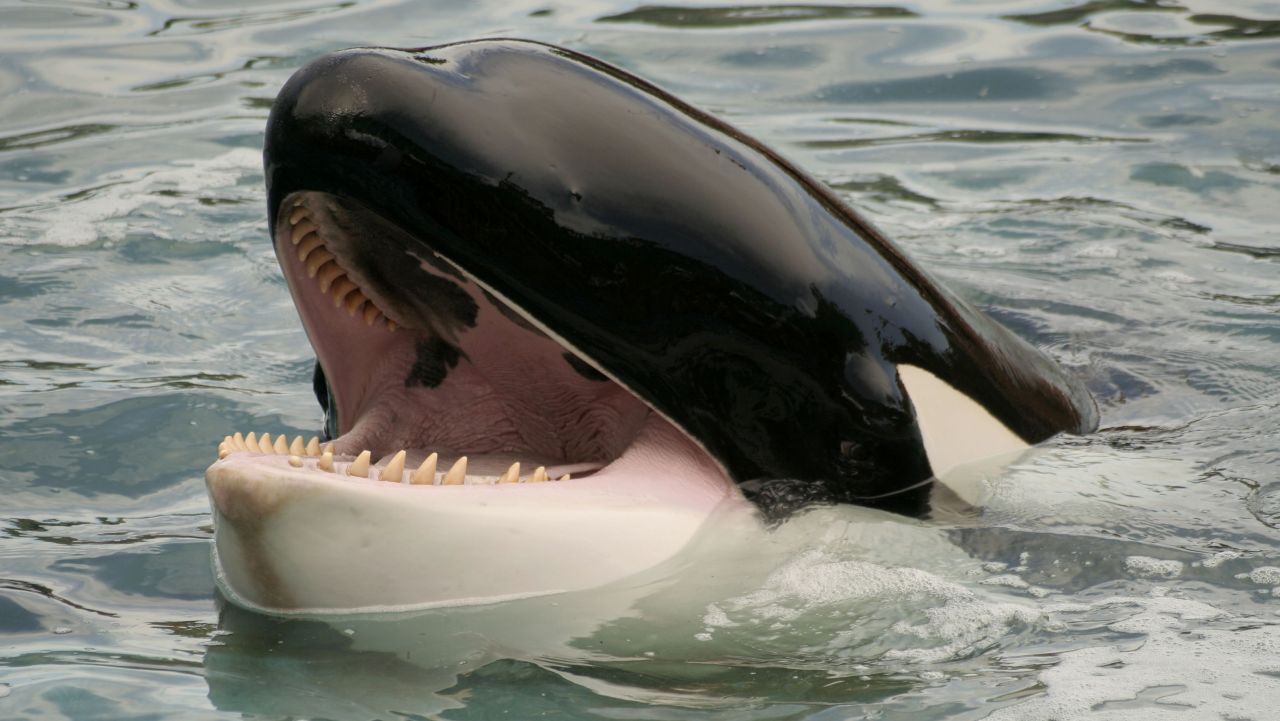 Contrary to the friendly depictions offered up by ocean theme parks, the killer whale (also known as the orca or blackfish), is the most devastating predator to roam the open oceans. It can weigh up to 11 tons, hit top speeds of 30 miles (48...

I was confused at first because I never heard of the time of Native Americans as “The First Nation”, those names are really cool though! The reason why I want to stick with the name “Orca” is that it can be referred back to the Roman God Orcus. I like naming things in reference to or after Mythological gods.

And hell yea they are, Apex Predators with the intelligence to tell food from not food. They Look bad-ass and can swim up to 30mph, hopefully, a max speed I can achieve on the build. The beautiful fuckers can be sadistic to their prey too. Apparently, they sometimes play with their food.

Their ability of Echolocation is what really amazes me.

Will be watching this build. I have a Loaded Truncated Tesseract but was keen on the Jet Spud (won’t find in New Zealand sadly). Keen to see how you mount two motors.

those trucks man… im definitely going with white/gold calibers on my spud build as well. looking forward to see your build its gonna be sick. are you planning to paint the deck?

Keen to see how you mount two motors.

I should get everything around next week so I’ll assemble and take pictures then but it’ll be normal dual 6355 configurations. Hopefully, the motor mounts aren’t too long or low

are you planning to paint the deck?

I hoping to enlist @treenutter’s services for that. He did the Anubis and it came out beautiful. The Orca would be more work because it’s coated compared to when I gave an uncoated deck for the Anubis. My vision is for the side and bottom to be all white, while the top is black.

cant wait to see the result. im thinking to paint my deck as well but i got my hands full atm lets see how your deck is gonna turn out and then i ll decide

I was confused at first because I never heard of the time of Native Americans as “The First Nation” , those names are really cool though! The reason why I want to stick with the name “Orca” is because it can be refereed back to the Roman God Orcus. I like naming things in reference to or after Mythological gods.

Lol too young to think about kids just yet. But I would name my daughter Artemis and my son Judas (not a god but I do like the name)

Love the ocra theme and at 30mph above, this is goin to be super fast on such little board. I love the spud, the size and shape is perfect for everyday ride. Maybe i’ll make my spud lighter, thinner and down to smaller wheels in the future (for traveling). Will watching this thread

Love the ocra theme and at 30mph above, this is going to be super fast on such little board.

Thanks, X! , I’m probably Ganna limit it down to 25mph, though I kinda wanna keep the 30mph since that’s how fast orcas can reach

I’ll probably give the next update around next week when I have a majority of everything in my hands. In the meantime, I need to see about getting Locktite and screws long enough for the Proton Contol Panel and Tunnel Riser. Can’t wait to start assembling the drive train !

also…i’m not sure if @kaly still selling his motor? 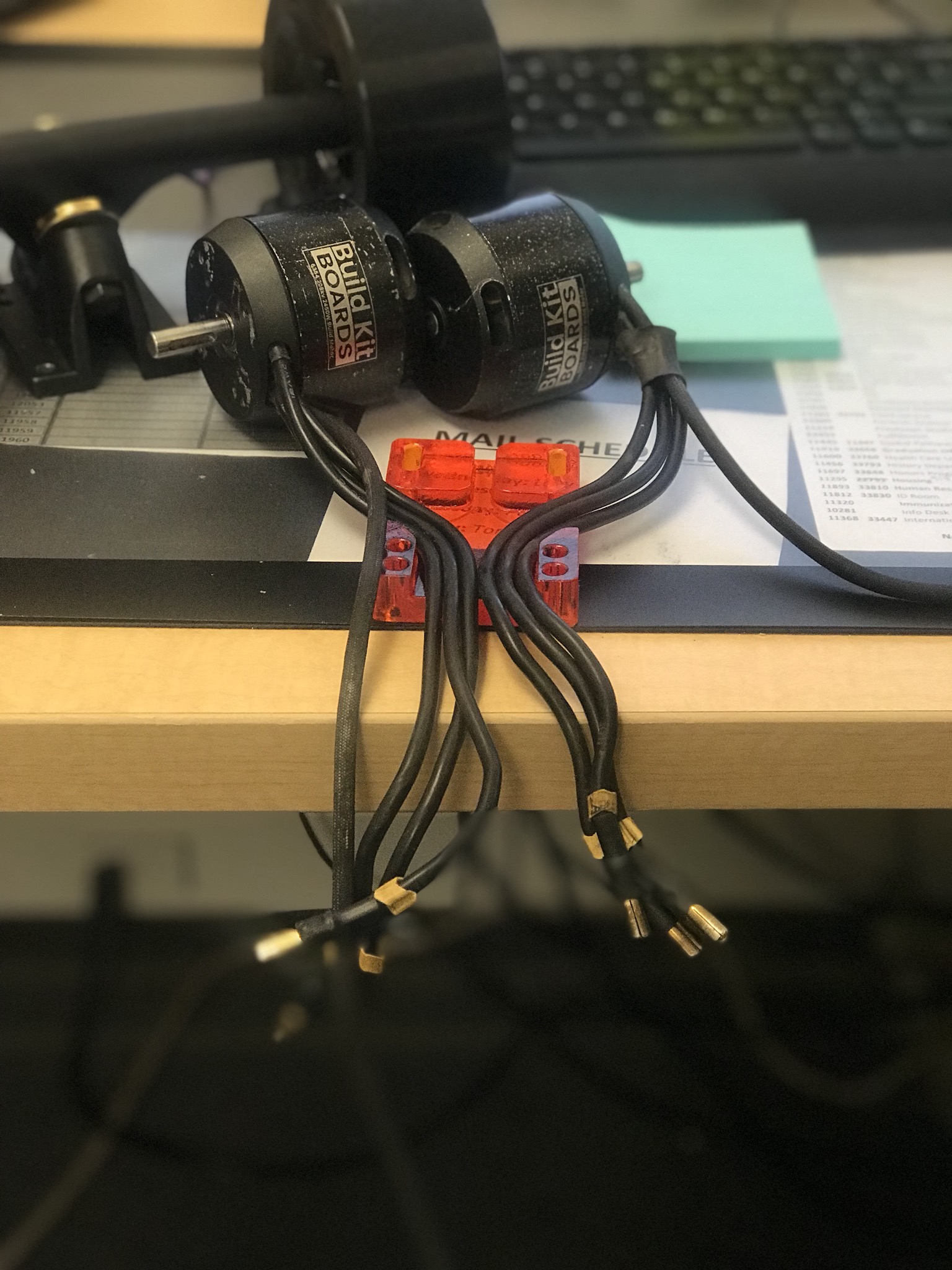 Sensor wires really wont fit through the tunnel risers it seems. I figured I could fix them in such a way that they could all route through it

Edit: Nice color choice. I went with orange as well

The one in the picture above is the prototype risers, I believe the final version has a wider tunnel and give more space, I’ll show a comparison tomorrow.

Edit: The ones I’m using are black 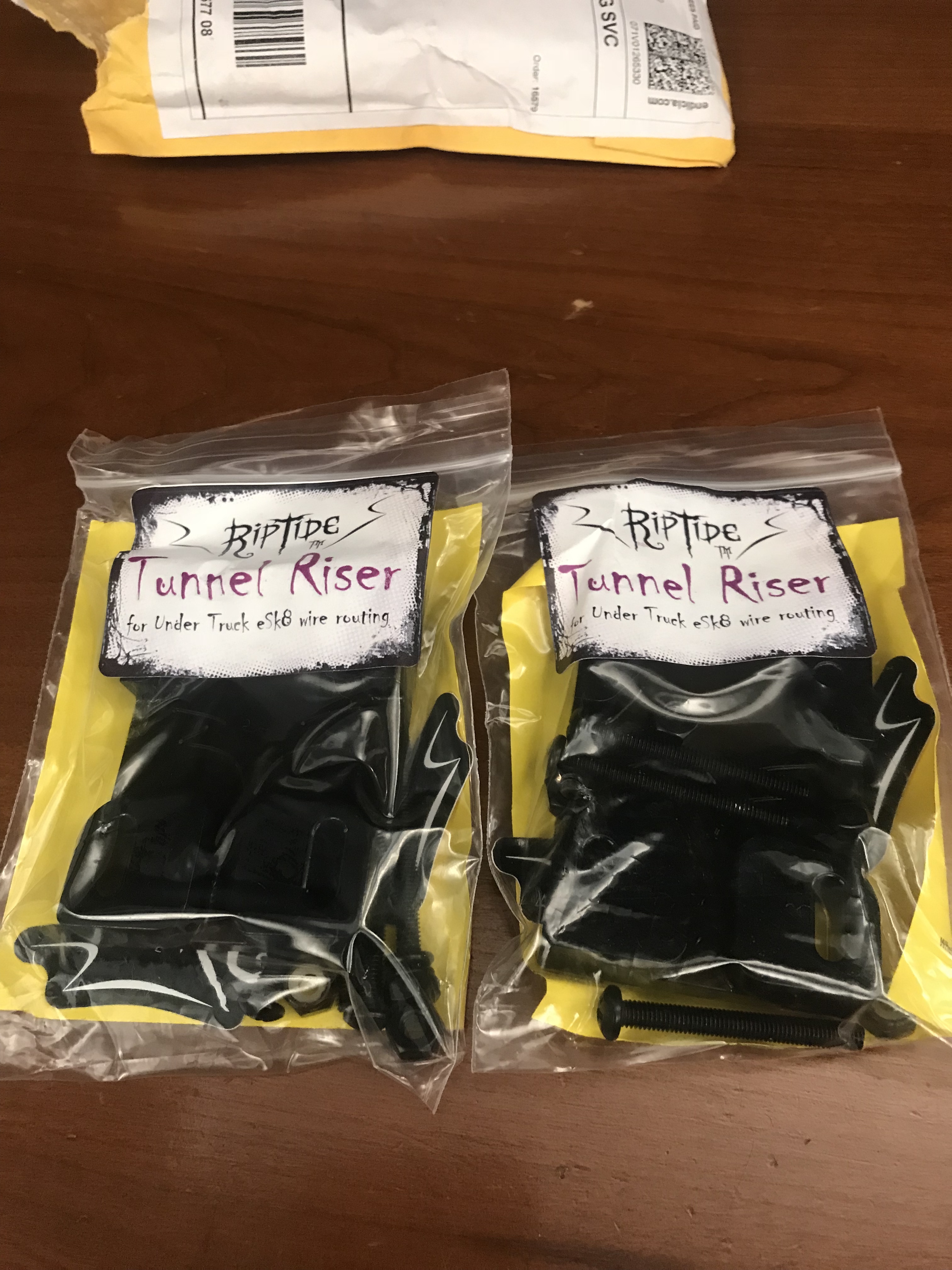 Thanks! Looking forward to seeing it! I realized i never measured mine up yet. I’ll do so later and can post pics too 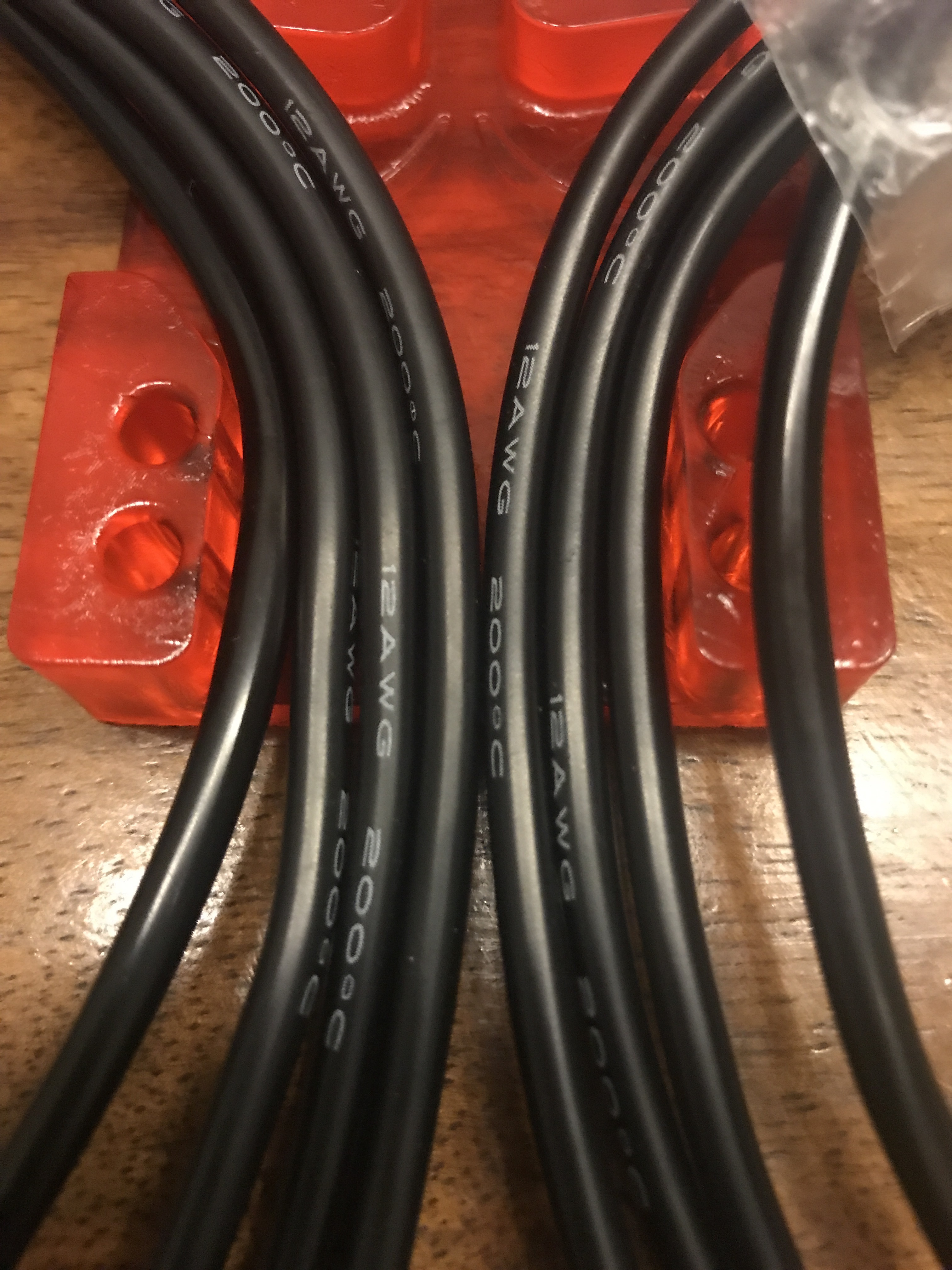 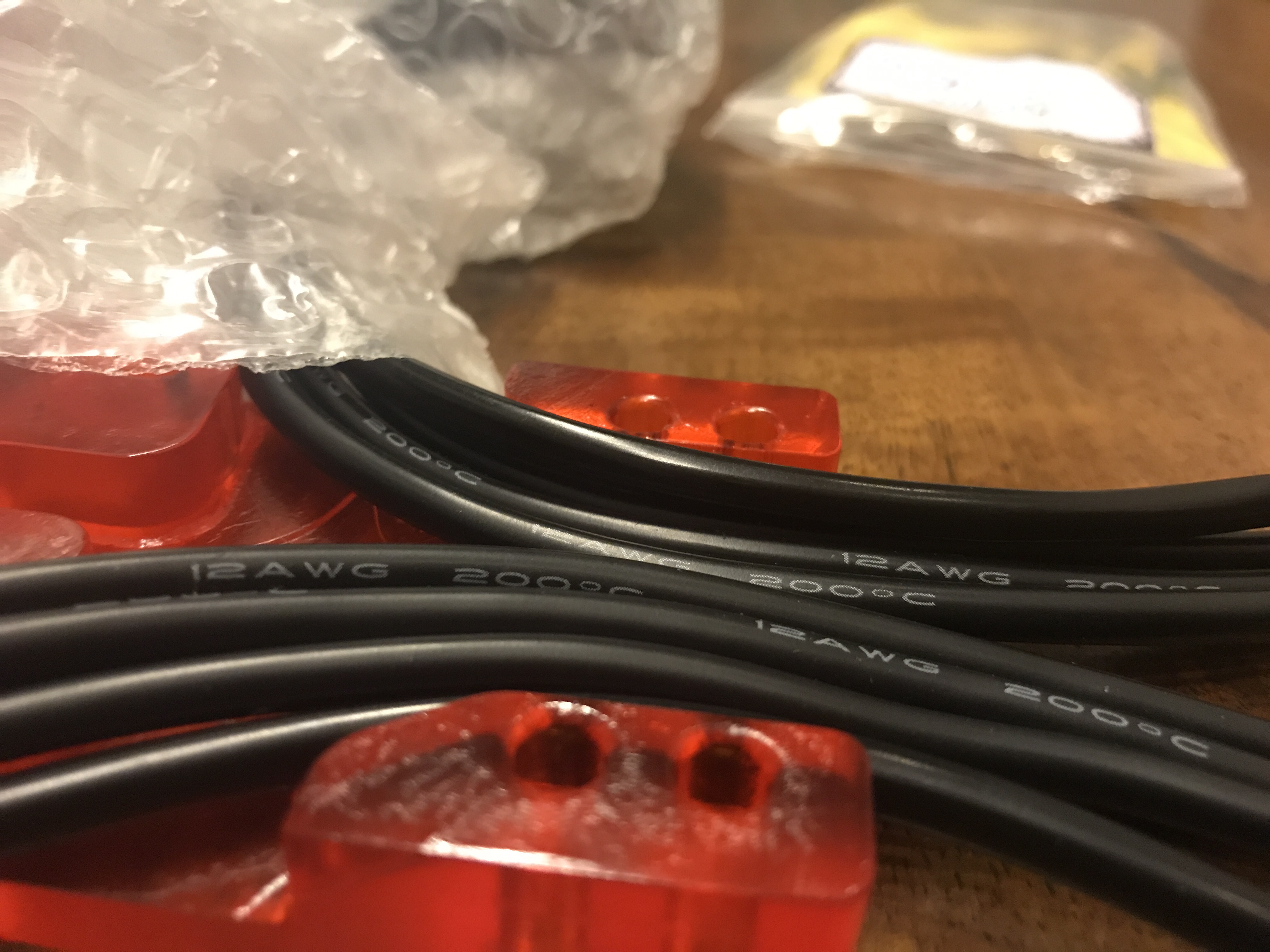 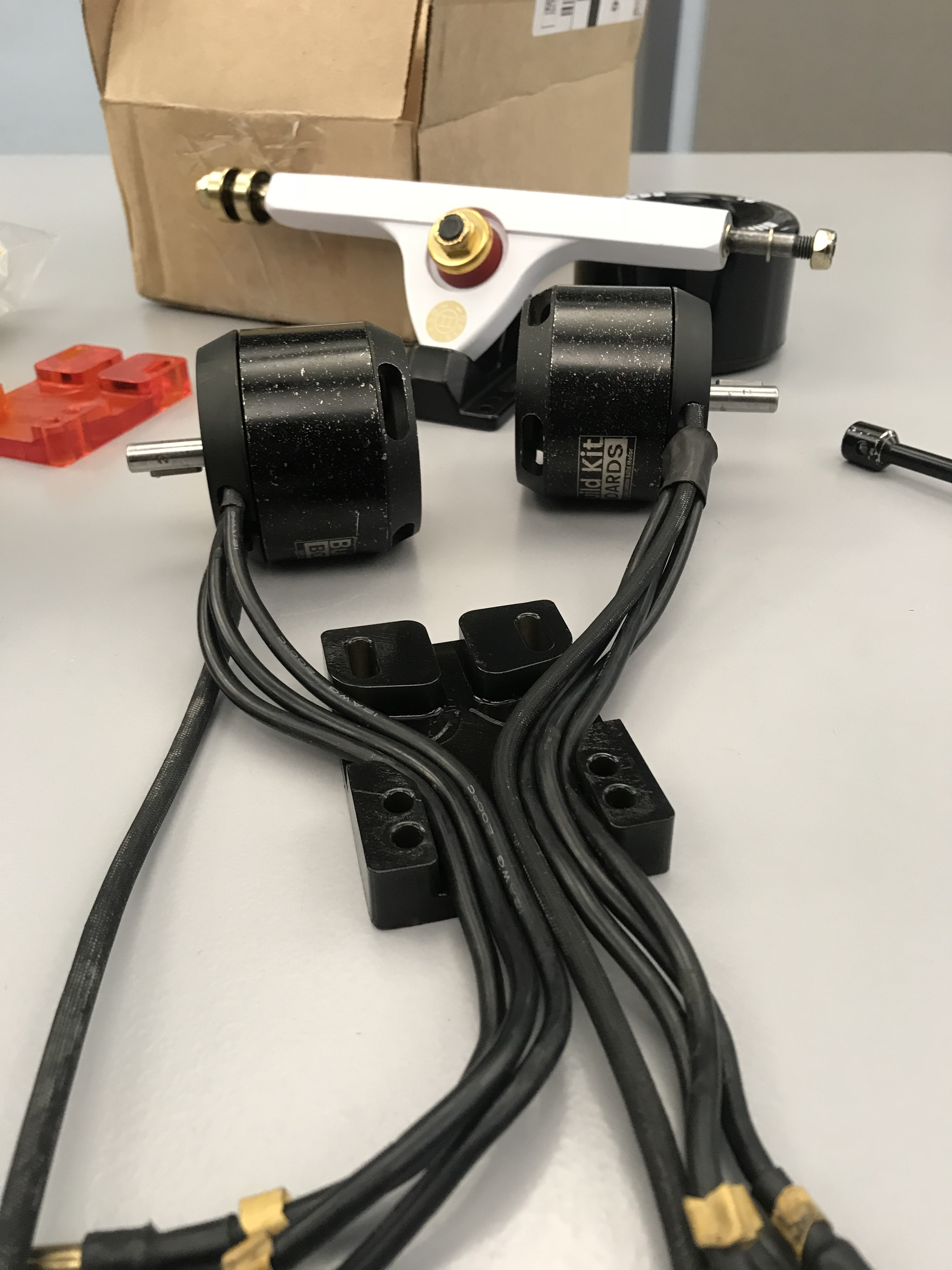 2 Sensor wires aren’t going to fit. Since they’re long I’ll probably just route them as normal. I need the space anyway for the Proton’s Cable. 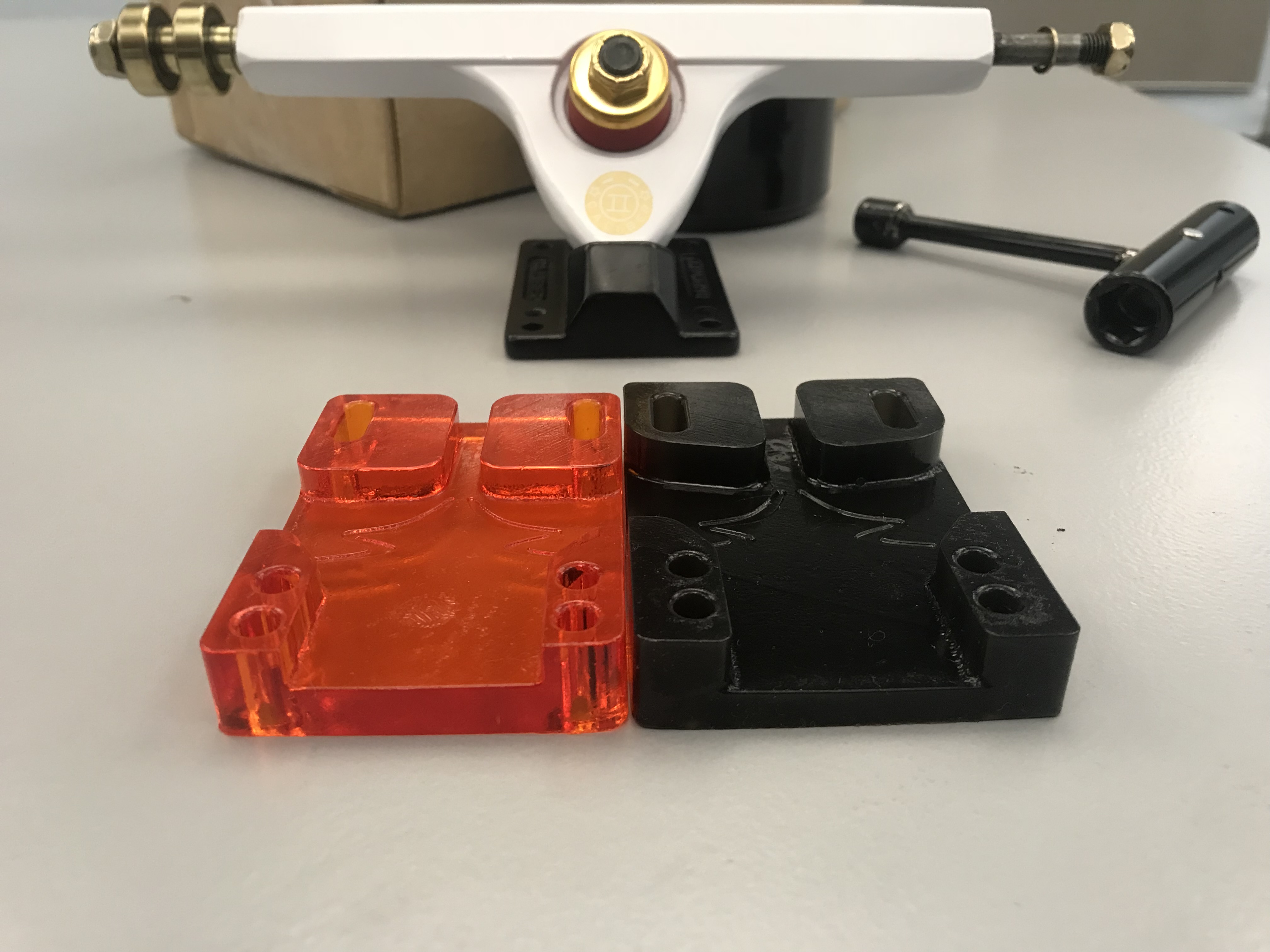