Okay. I hope none of you remember my last “build post” it was absolute trash. I had been on here for maybe less than a month and thought i could take myself to the stars. Tl;dr i didn’t understand a thing that was going on. Couple months AND an evolve Gen 2 later, I present to you, ladies and gentlemen of this fine forum, Build Name TBD. Drawing Inspiration from These two builds; @Eboosted Darth Maul @trigger4point7 Build even though this is not complete, we’ve been talking in the DM’s HUGE SHOUT OUT TO @JLabs he’s been the GOAT in helping me figure things out. Will continue to bother him yet.

Some parts started coming in so i’ll update as they do. Estimated completion is Late April/Early May. Some pics… 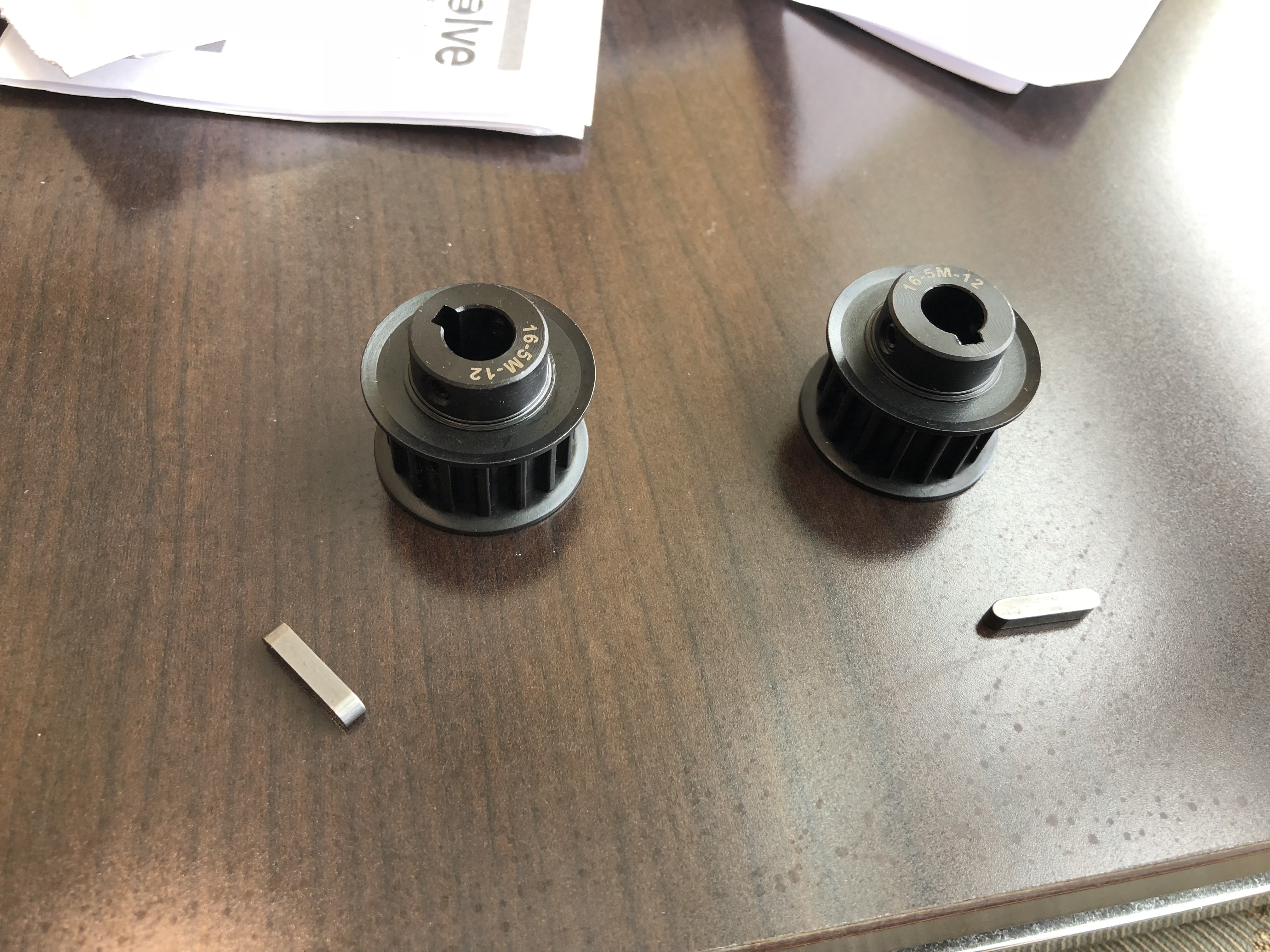 IMG_84824032×3024 2.59 MB
MBS Wheelsand Zealous Bearings came in, No idea why i got orange wheels but YOLO. I was gonna go for an Ultra Instinct Theme but messed that up with the griptape which i also love. IMG_84862138×2851 2.78 MB
Comparing the deck of the Evolve and the Sector 9 Bintang, i can confirm these two decks are dimensionally identical, so, all terrain is an option if i ever decided to look into it. But yeah, that surprised me too. The clean bamboo makes it look a lot bigger. Welp, that’s all for now, but expect more updates once some more hardware and the electronics come in. @psychotiller i’m keeping a close eye on your enclosure

Thank you! I was very worried when i saw it online, but i saw it had some potential lol

MBS wheels are great when they’re shaved on the road but fine with the knobs too… I would shave them but that’s me… Build should be nice.

Anyway @Eboosted makes an enclosure specifically for the Bintang you can find it here. 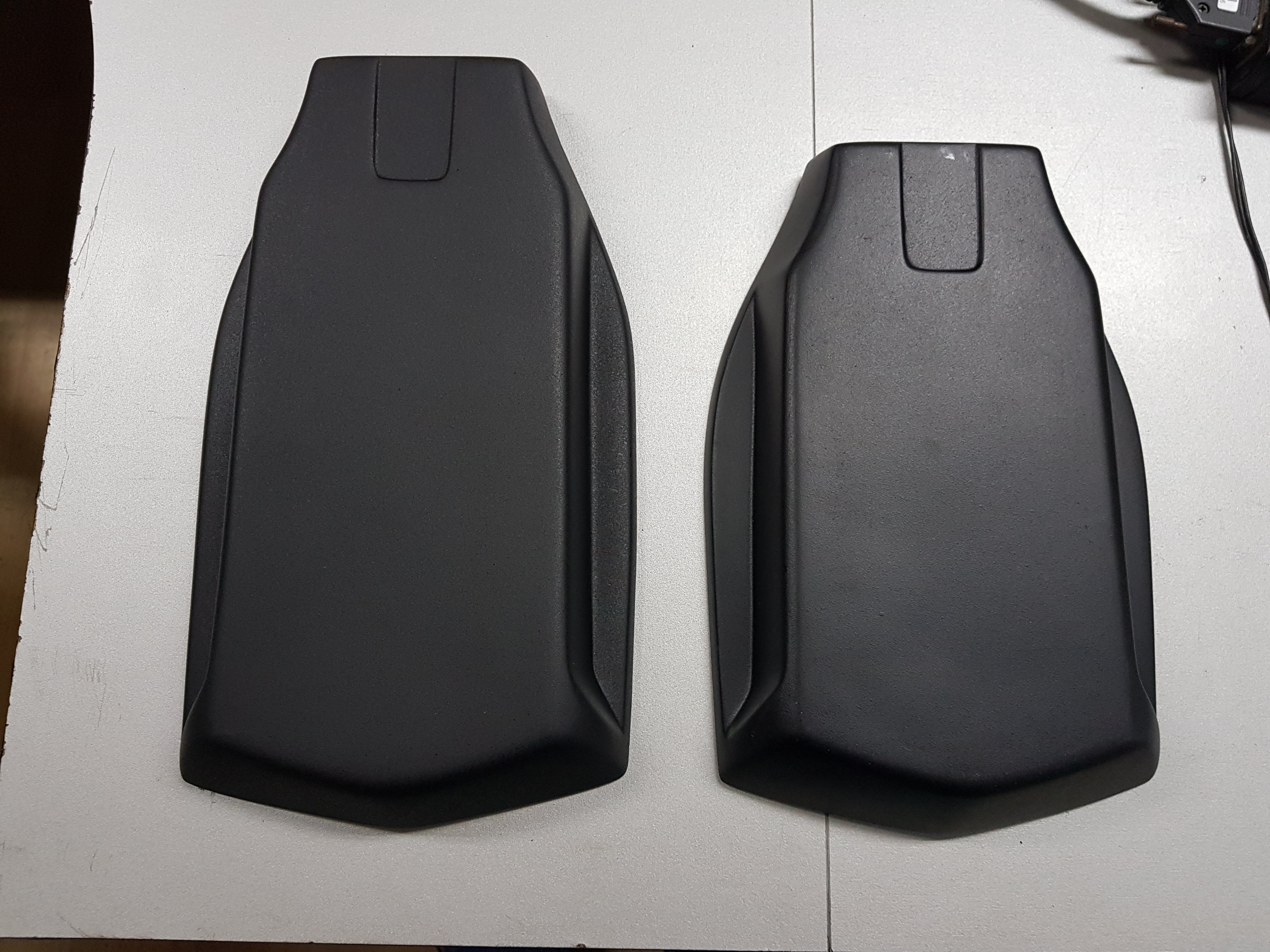 But nothing wring with @psychotiller enclosures either… Just mentioning since when there are deck specific enclosures available makes building easy.

OH! Thanks so much for that! had no idea about that thread, will scour through. AND yeah i’ve heard and seen the shaving, considering it tbh but will try out unshaved and see how it feels,

You will get used to the non shaved MBS wheels, they knobs are even noticeable once you ride it

Okay so update. @Jlabs showed me pictures of the battery in progress. I’m in love Waiting on my trucks and mounts from @torqueboards hopefully they come in next week. More updates! A lot of the stuff has come in! Just battery, motors and split PPM! Will be mounting trucks today to get a feel of the board, off to get some hardware though cause Torqueboard didn’t send any with the trucks

A quick question for anyone following; How do you mount your electronics? on the enclosure or on the deck?do you use epoxy to stick everythig to the deck so the enclosure isn’t actually holding weight? thanks!

May I suggest a name of Rust Rocket

Oh…I LIKE THAT. A LOT. i’ll add that to the name pool. IF ANYONE ELSE WANTS TO GIVE RECOMMENDATIONS FEEL FREE TO DO THAT

Okay so slight dilemma and i’m hoping someone can help me out here, with respect to risers. trying to increase deck height a little bit so im 100% sure my motors don’t hit on turns. Do i put risers on top as with the first image or at the bottom part of the board? thanks! Edit: or is it not possible to increase clearance + set it up as drop through

What I’m doing is getting thin spacers (1/8th in), mounting the truck on the bottom like a non-drop through deck and putting a spacer on the top to cover the ugly hole. Then you have more clearance. These are also a good option that I’m using to increase the structural stability of the mounting, though likely more for peace of mind than anything else.

What are those X things called - Order Form on post # 172

I’ve seen on some boards what looks like a reinforcement X mounted on the deck side of the truck. What are these Thank you James

Scroll about midway down for the purchase link from @akhlut

That’s exactly what i was thinking, for the ugly space i was just going to cut out a griptape design and stick it there but these x-braces are looking really good! thank you! How’s the build going btw? I’m excited to see more!

I just posted yesterday, but the battery is taking FOREVER. I’m hoping to have it ridable in two weeks (out of town this week)

Same here! timeline wise! a week or two and i hope it will be done

my budget flew out the window with this one :’)

Some more exciting updates; Been speaking a lot with @JLabs and things are progressing very nicely in lieu of battery + an enclosure he has which is a good fit for the bintang. He also has some goodies he’s lining up for me to “beta test” for him. 100% confidence in his abilities so i’ll be dropping a review on all his magnificent work once it’s in my hands.

I’ve been fiddling with mounting and decided to take @trigger4point7 advice and do a top mount, i got in contact with @akhlut and have a nice set of X-braces headed to me to cover up the ugly top mount hole. As with everything esk8 related, the wait continues! Good news is i sold my old evolve gen 2 yesterday

Update again! things are progressing quickly now and i feel this build will be done soon. It’s exciting

@JLabs is done with the battery and he’s mounting it within an enclosure for me before he sends it over. He’s also been kind enough to install the switches, power port and voltmeter for me. I’ll keep everything updated and will document everything as i start to mount hardware. I also purchased motors from him so when i get those i’ll share on here. I hear they’re beefy and im all for it.